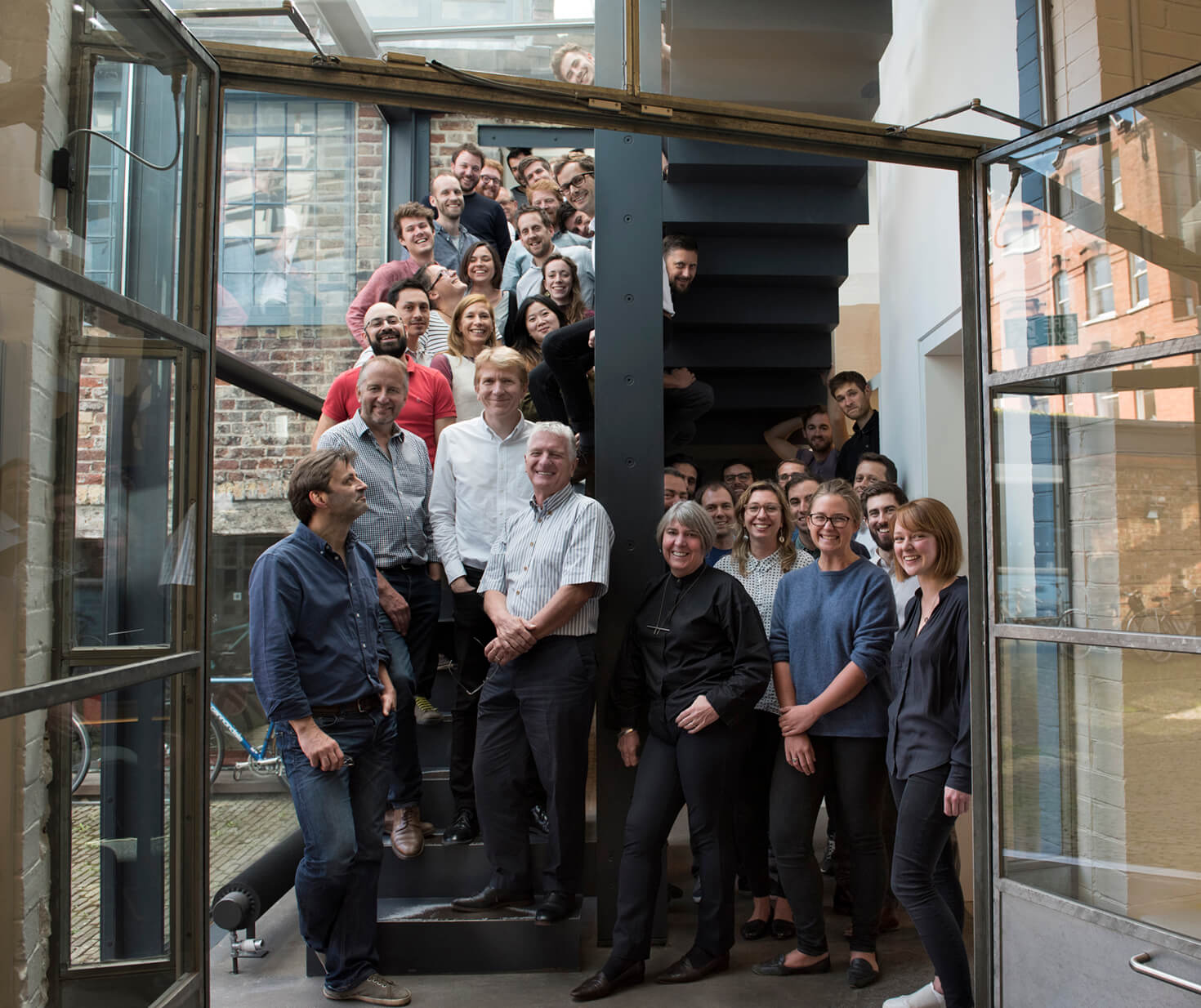 The Judges’ citation read: “By accumulating 20 industry awards and securing work on schemes as diverse as offices in Argent’s King’s Cross development and the Shaftesbury Theatre refurbishment, Bennetts Associates won over the judges with the breadth and strength of the practice’s work in 2016. Having established an Employee Ownership Trust, the practice has secured its future and, with a new office in Manchester now a firm fixture, the company has laid the foundations for growth for years to come.”

Our Shaftesbury Theatre project won the award for Small Project of the Year (up to £5m):

“This stunning new fly tower rewrites the rules about historic conservation. The original theatre is an Edwardian baroque pile whose terracotta facades are brimming with carvings and ornamentation. A conventional response might have been to cast any new intervention as a restrained supporting act to the riotous melodrama already in place. But instead this design transfuses the energy of the original into an extraordinary serrated box that now crowns the building, its exterior clad in a rusty weathered steel to reference the terracotta below.”

… while the Midland Goods Shed at King’s Cross was shortlisted for Refurbishment Project of the Year:

“King’s Cross solidifies its status as the inner-city urban regeneration project of our generation with this imaginative train shed refurbishment that extends the scheme into a retail amenity for the first time. As so often on the site, original Victorian industrial character is retained and restored amid a series of careful contemporary insertions that add dynamic new functionality into a formerly derelict historic structure.”