The Royal Incorporation of Architects in Scotland (RIAS) has announced an 18 strong shortlist for its 2020 awards (from 80 entries) with our Bayes Centre project in Edinburgh being one of the contenders. This is great news as the project was awarded a Civic Trust Award just last week and we hope the project continues its winning streak.

Judging will take place at the end of March with the RIAS Awards winners announced at a dinner at the Assembly Rooms, Edinburgh on 28th May.

The RIBA National Awards will be announced in June. Reflecting on this year’s submissions and the climate challenges for Scottish architecture, Chair of the RIAS Awards judging panel Jenny Jones commented:

“Given that these projects would have been commissioned at the very least, several years ago, there are some very strong carbon-conscious submissions which demonstrate an attention to the challenges we all face. The greater shift will become evident in the next years if we continue to challenge and create innovative responses as to how we can “build” with environmental consciousness.” 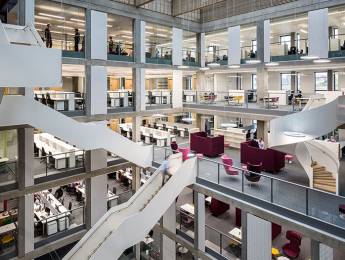