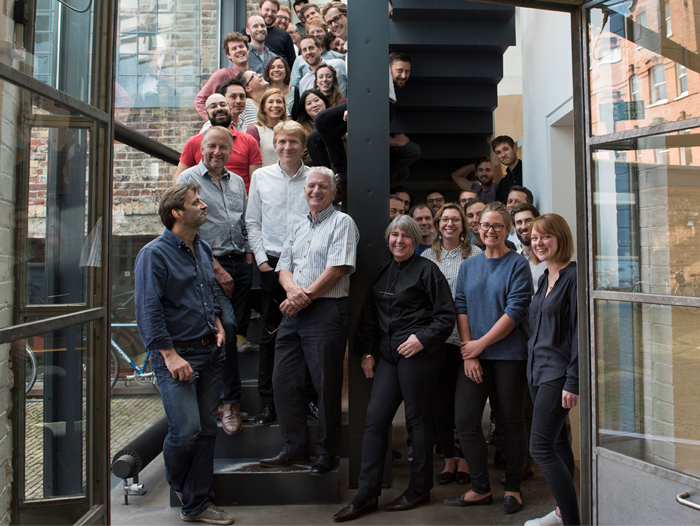 This week as part of the 2017 Green Sky Thinking programme we announced our commitment to set science-based targets as part of the Science Based Targets initiative. This requires an ambitious decarbonisation trajectory which is based on climate science, in line with a maximum two degrees of global warming. In doing so we become the 266th company and the first architects in the world to make the pledge.

As founding members of the UK-GBC, we have been measuring and acting to reduce our carbon footprint for nearly a decade and this commitment forms a natural progression in line with our view that the industry must take immediate and ambitious action towards reducing the impact of climate change. Since the early ‘90s our studios have always been used as a test bed for architectural and environmental ideas that we have been able to integrate into our built projects, and this challenge will enable us to continue our leadership by taking a radical look at how users can occupy historic buildings sustainably.

In signing the commitment we join a small number of UK-GBC members like Ferrovial and Kingfisher and hope to soon join companies like Land Securities who have already had their targets validated and are now working to realise them. More information on the initiative can be found here.