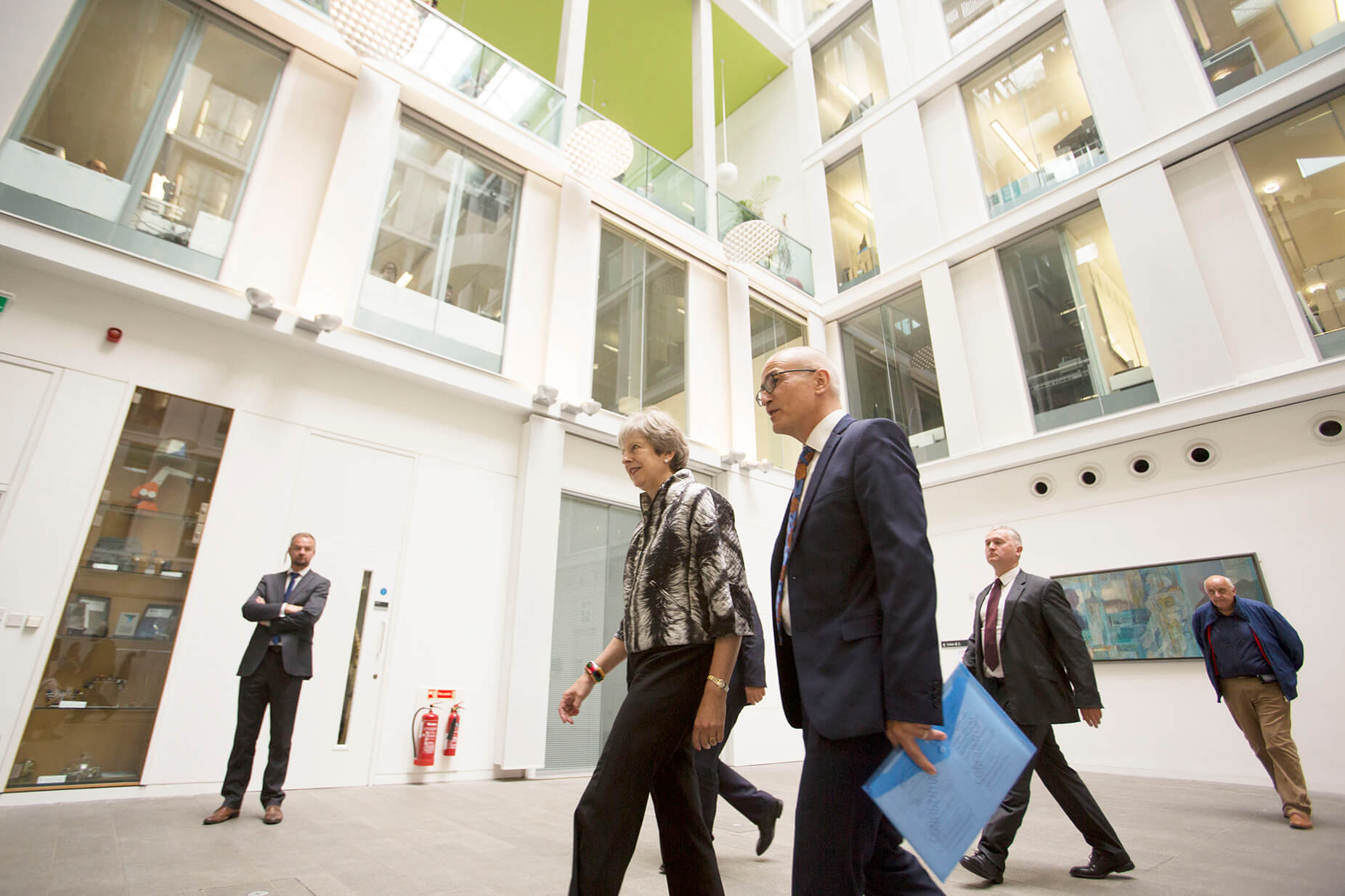 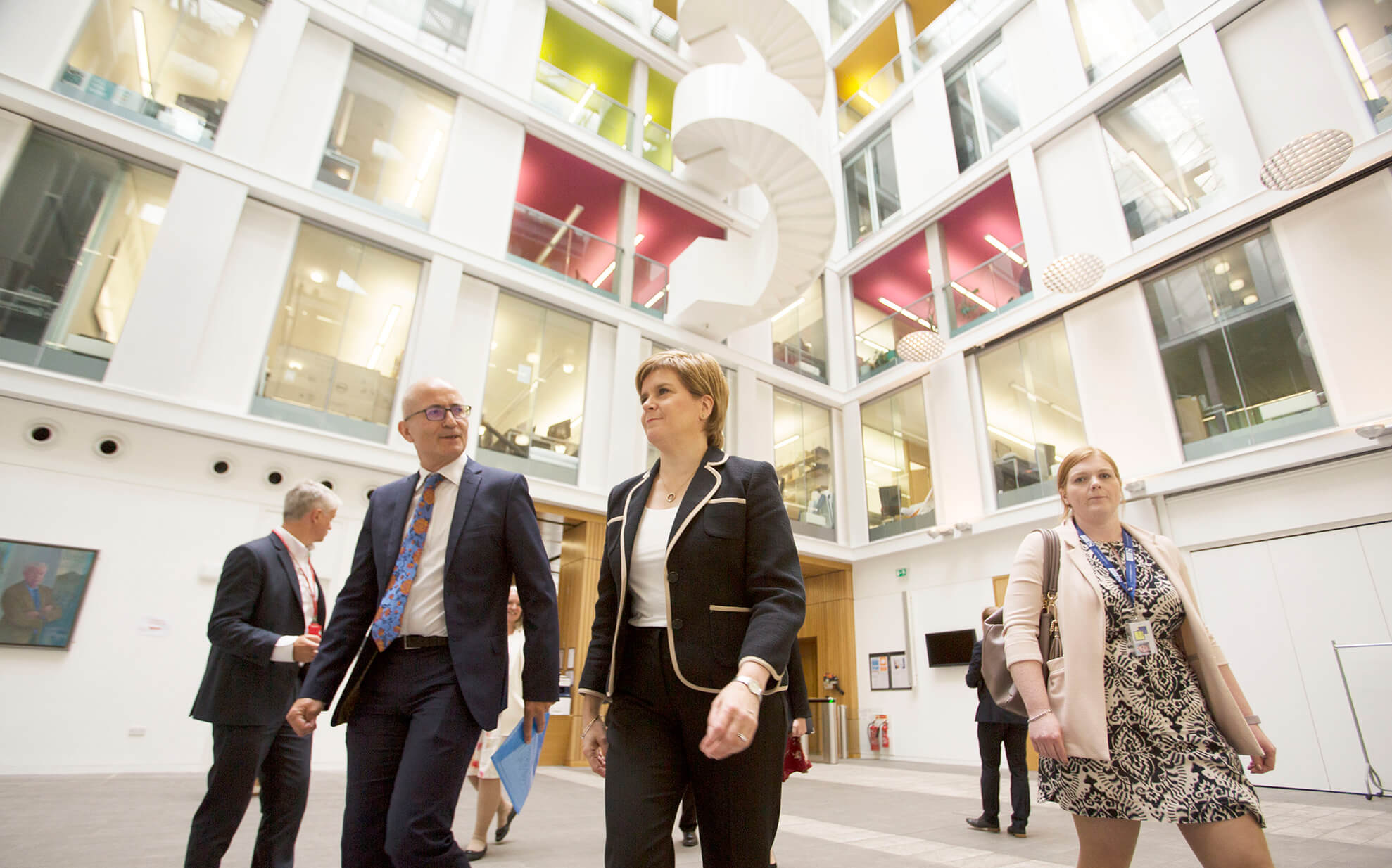 Prime Minister Theresa May and First Minister of Scotland Nicola Sturgeon visited the Informatics Forum and soon-to-be-completed Bayes Centre to sign off hundreds of millions of pounds of investment for Edinburgh and the South East of Scotland.

The signing of the full deal will see the creation of five new innovation hubs, including in robotics and space technologies, and six science hubs across the country to drive innovation in science and technology.

“Alongside the Scottish Government and local partners, I will be confirming £300m, as part of a wider £1.3bn investment by the UK Government through City Deals in Scotland, to create jobs and open up new economic opportunities throughout the nation.”

“Now that the last element of our Edinburgh University project is almost complete after 15 years of work, we’re proud that it is the setting for such an major announcement. It is also symbolic of the building’s importance to the local and national economy, particularly the rapidly expanding ‘tech’ sector.”