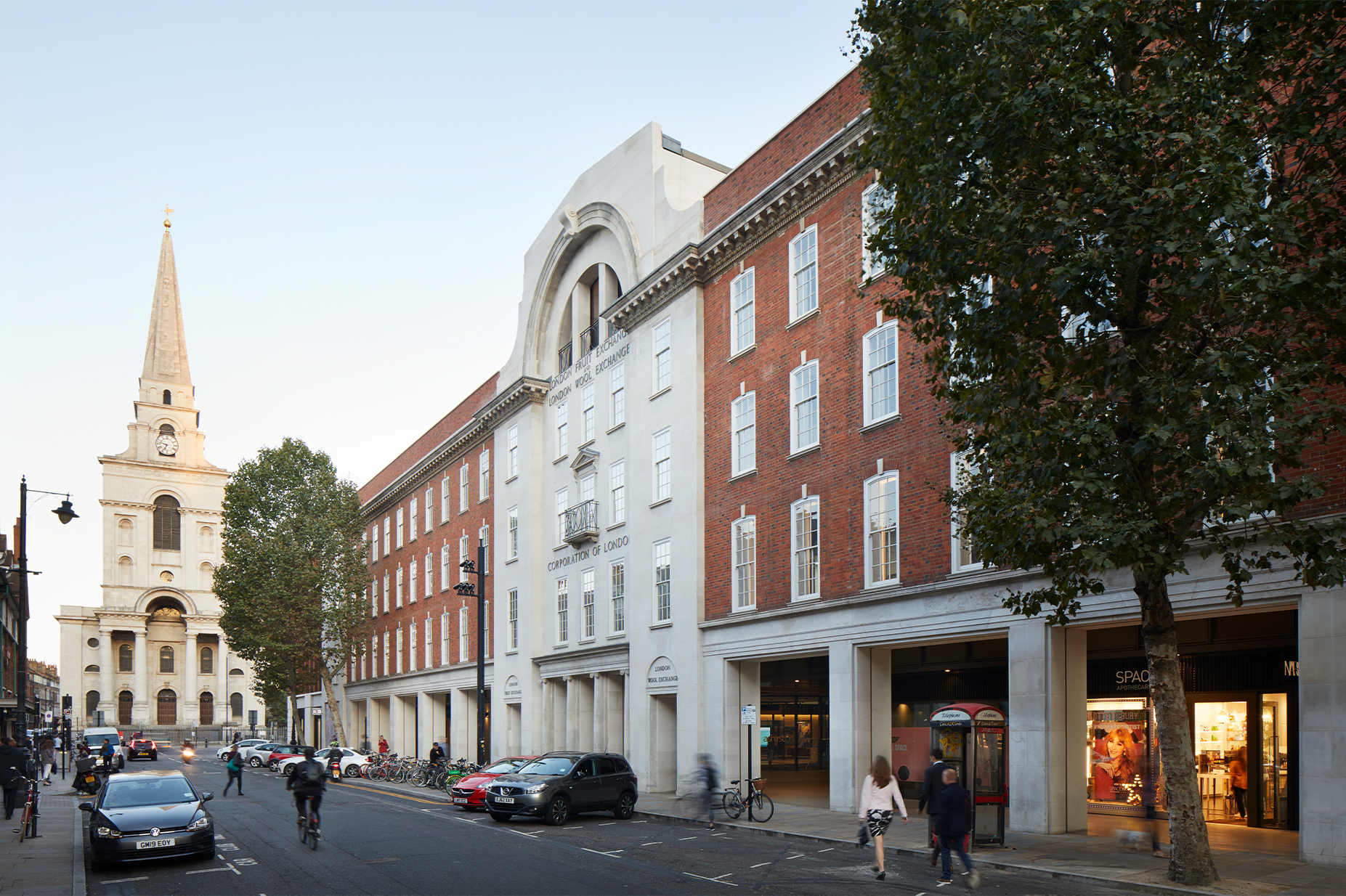 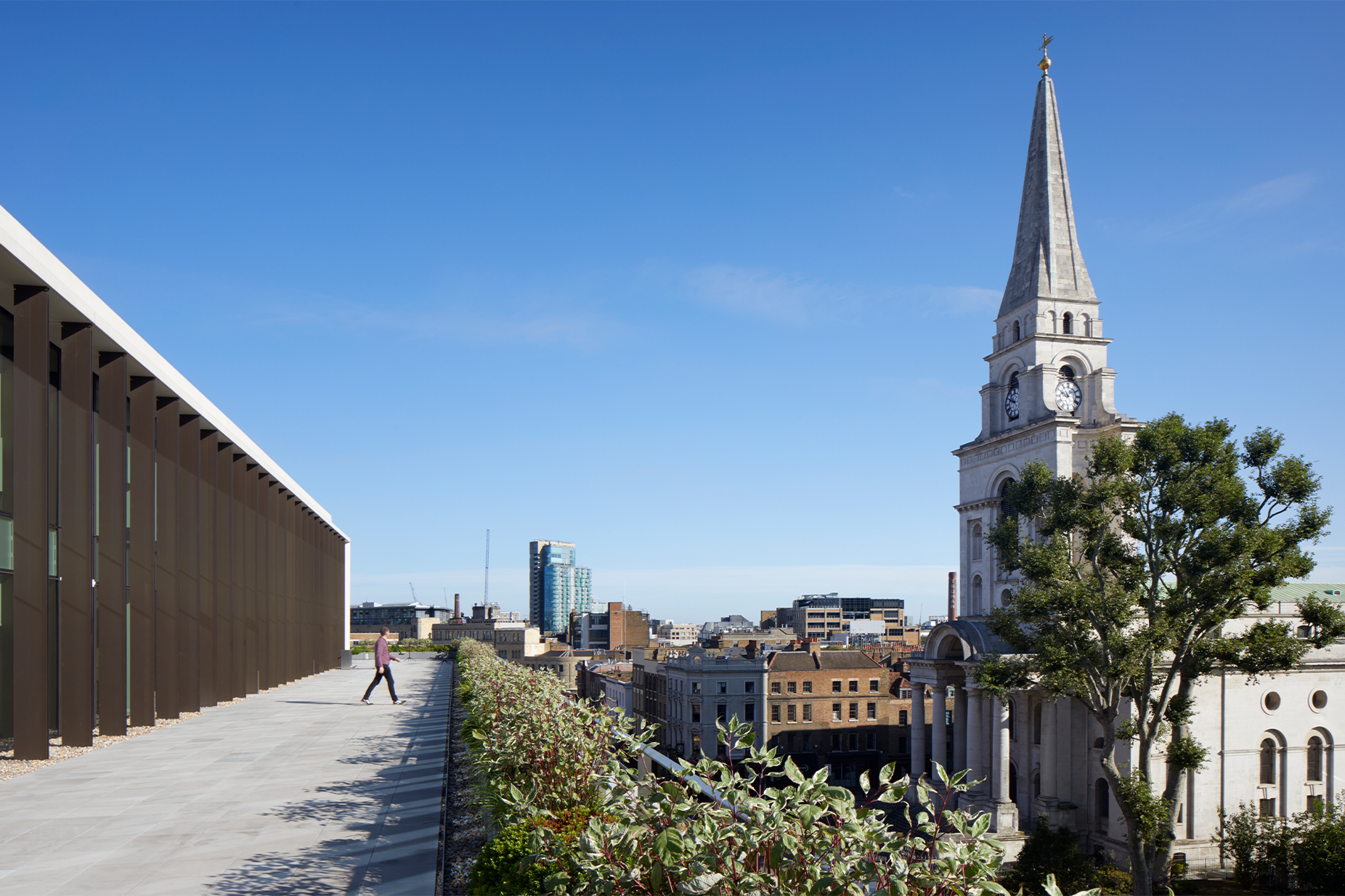 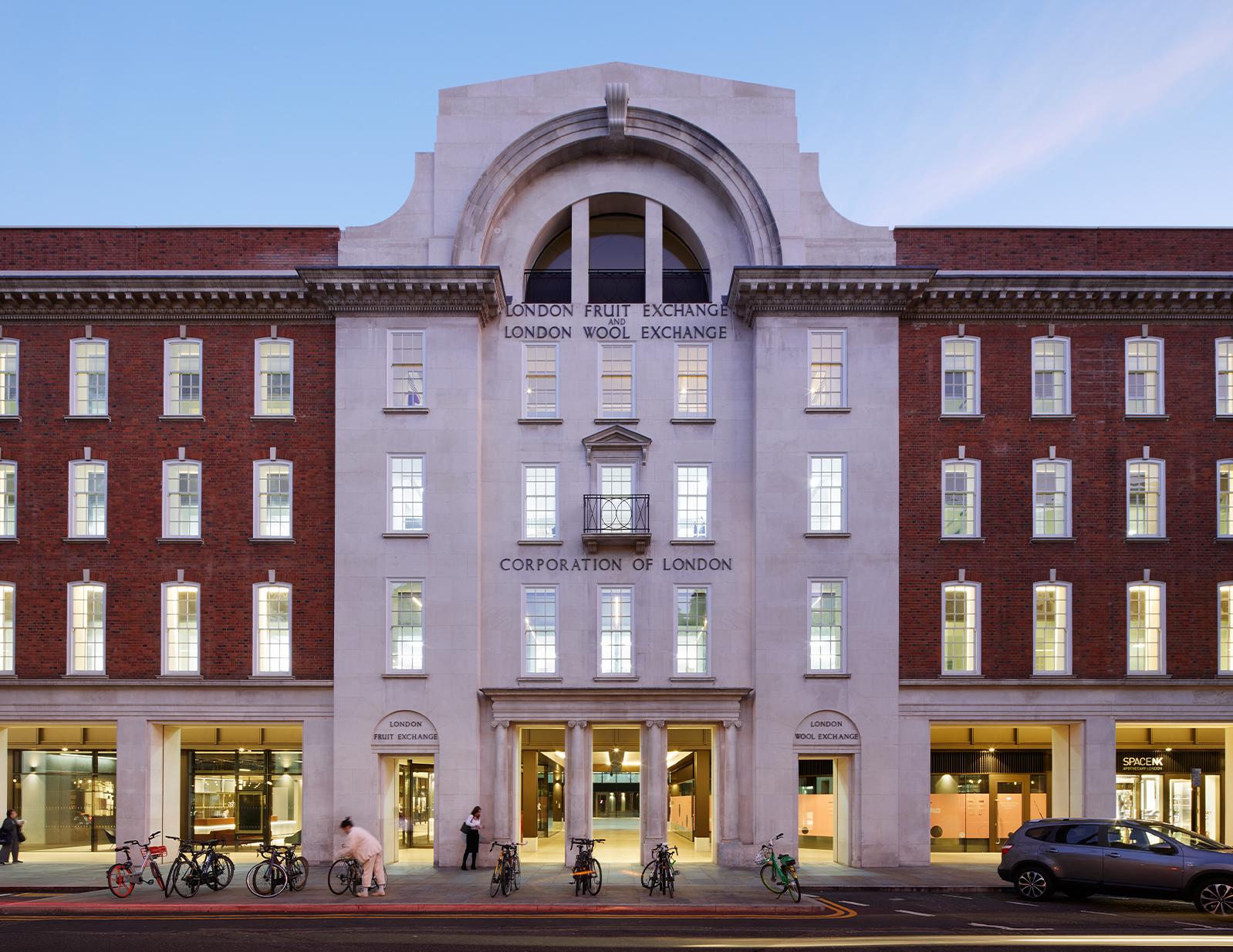 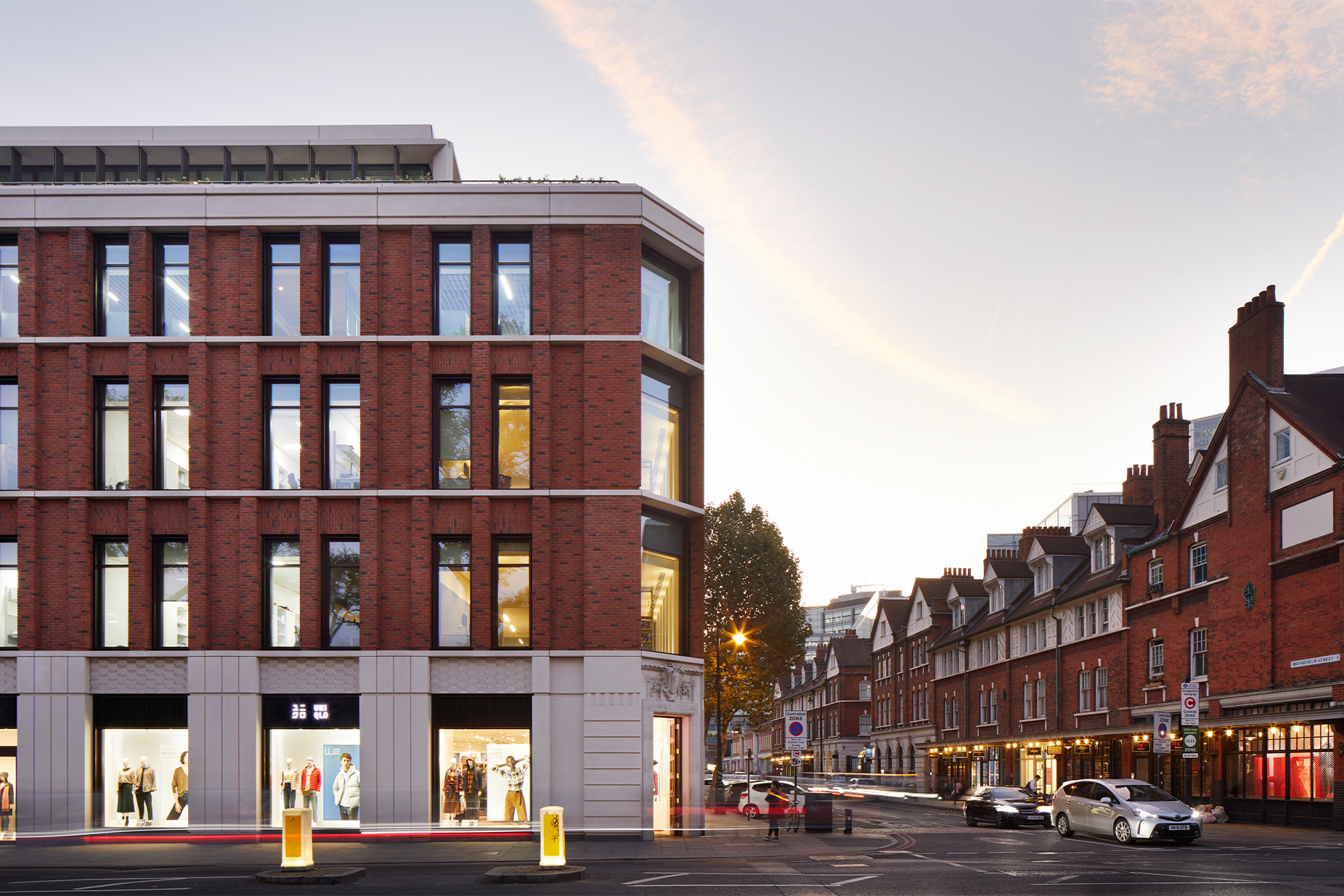 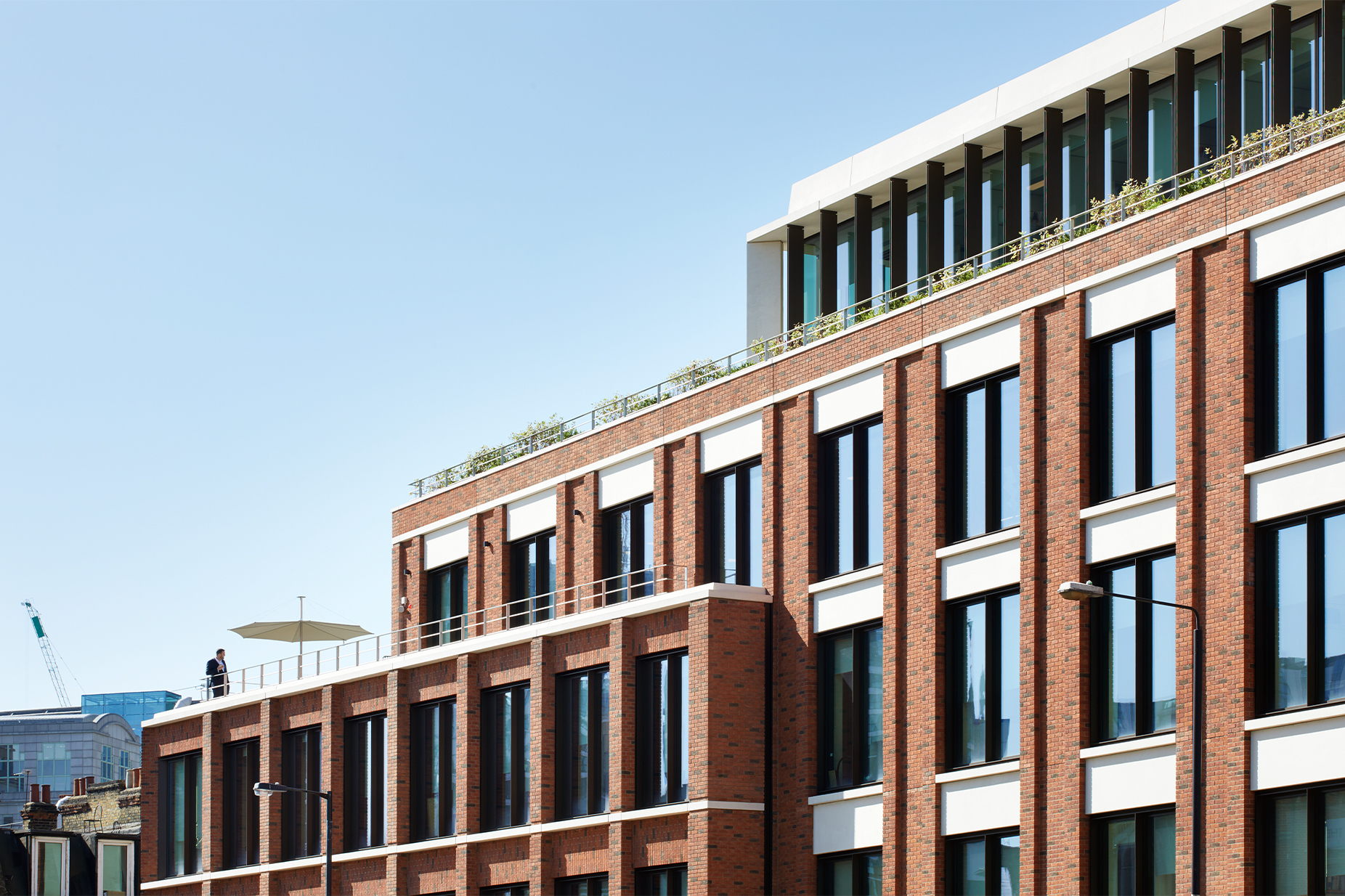 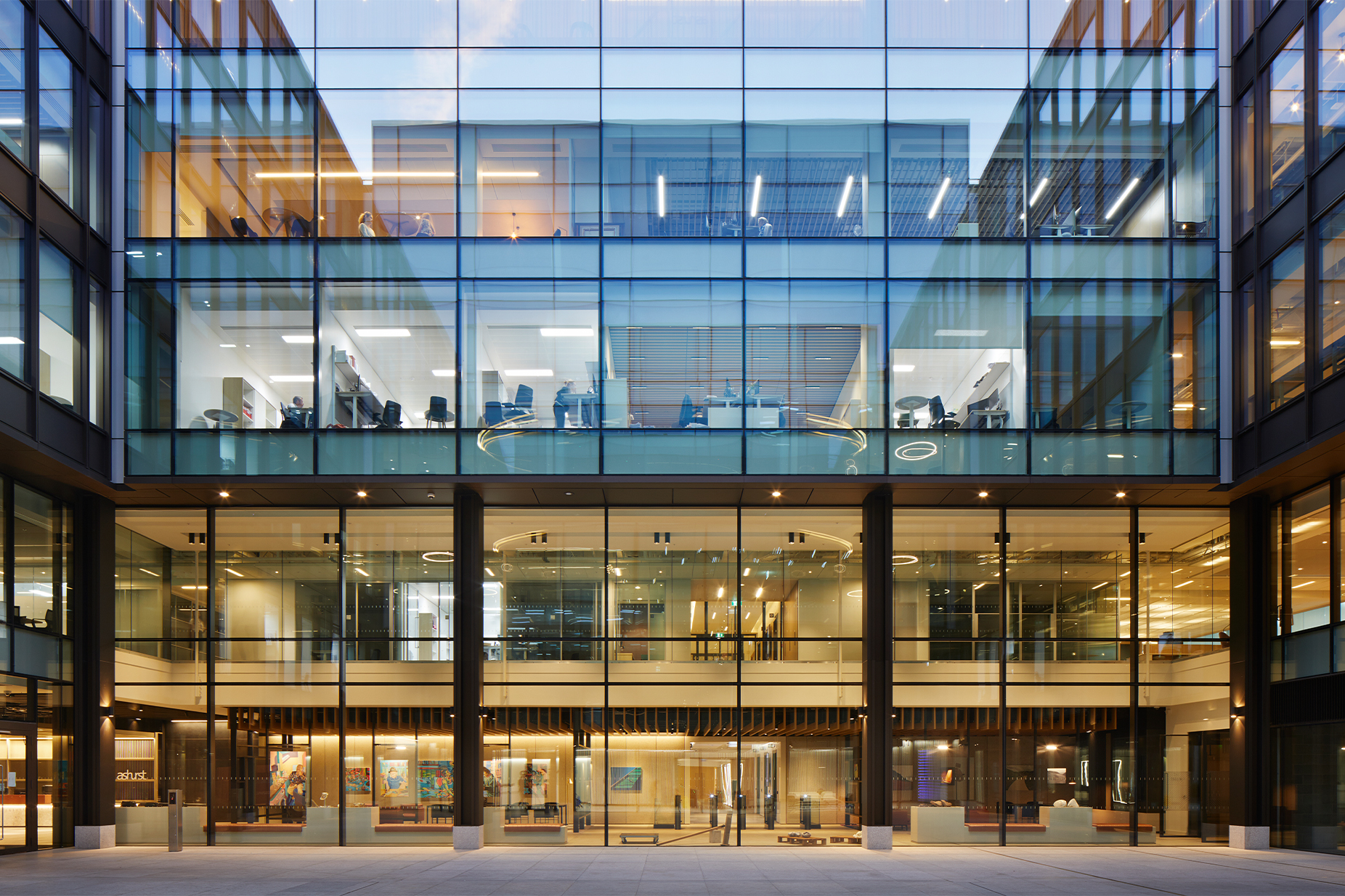 Following an invited competition in 2009, Bennetts Associates was appointed by Exemplar Properties to redevelop the landmark Spitalfields building. The project, emerging from a design process which aimed to reinforce rather than disrupt the existing townscape, gained detailed planning consent in 2012

In 2014, ID:SR was brought on board as interior designers and workplace consultants to work with Bennetts Associates. This involved creating a consistent design quality between the exterior form and interior spaces as well as working closely with developer Exemplar to undertake occupier analysis. This approach resulted in attracting Ashurst as the anchor tenant, with ID:SR appointed to design the fit-out for the international law firm.

Rab Bennetts, Founding Director said: “LFWE has been an important building for Spitalfields since its construction in 1929, but its original function disappeared with the closure of Spitalfields Market in the early 1990s. The development retains the LFWE’s principle façade and creates a series of new volumes across the entire site in a language of brick and reconstituted stone that derives from the nearby industrial buildings.An unsightly 1960s multi-storey car park has also been removed, such that the whole project adds to the grain and texture of the area.”

Maxwell Shand, former Director at Exemplar and founder of YardNine said: “Working in partnership with the City of London the ambition was to create a workplace for the future which respects the important heritage of the Spitalfields area. Led by Bennetts Associates a great team worked closely with the local community and Tower Hamlets to realise the next chapter for the LFWE building.Using materials reflected in the local area, alongside a flexible internal layout, extensive landscaped terraces and new public spaces; the LFWE attracted Ashurst to make it their home. In addition a new employment and training centre, retail, cafes, a public house and new pedestrian routes have all been combined to create this important addition to Spitalfields.”