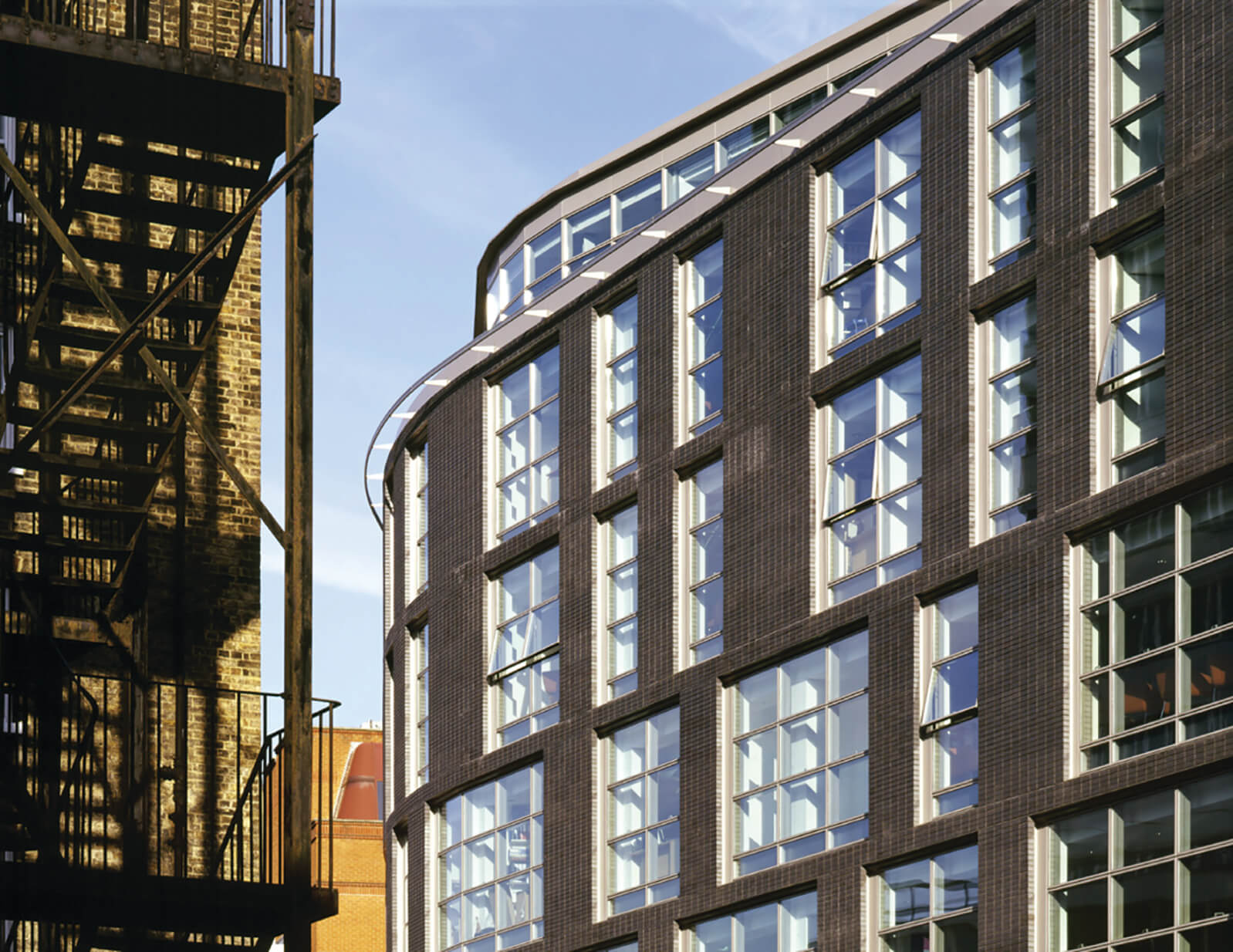 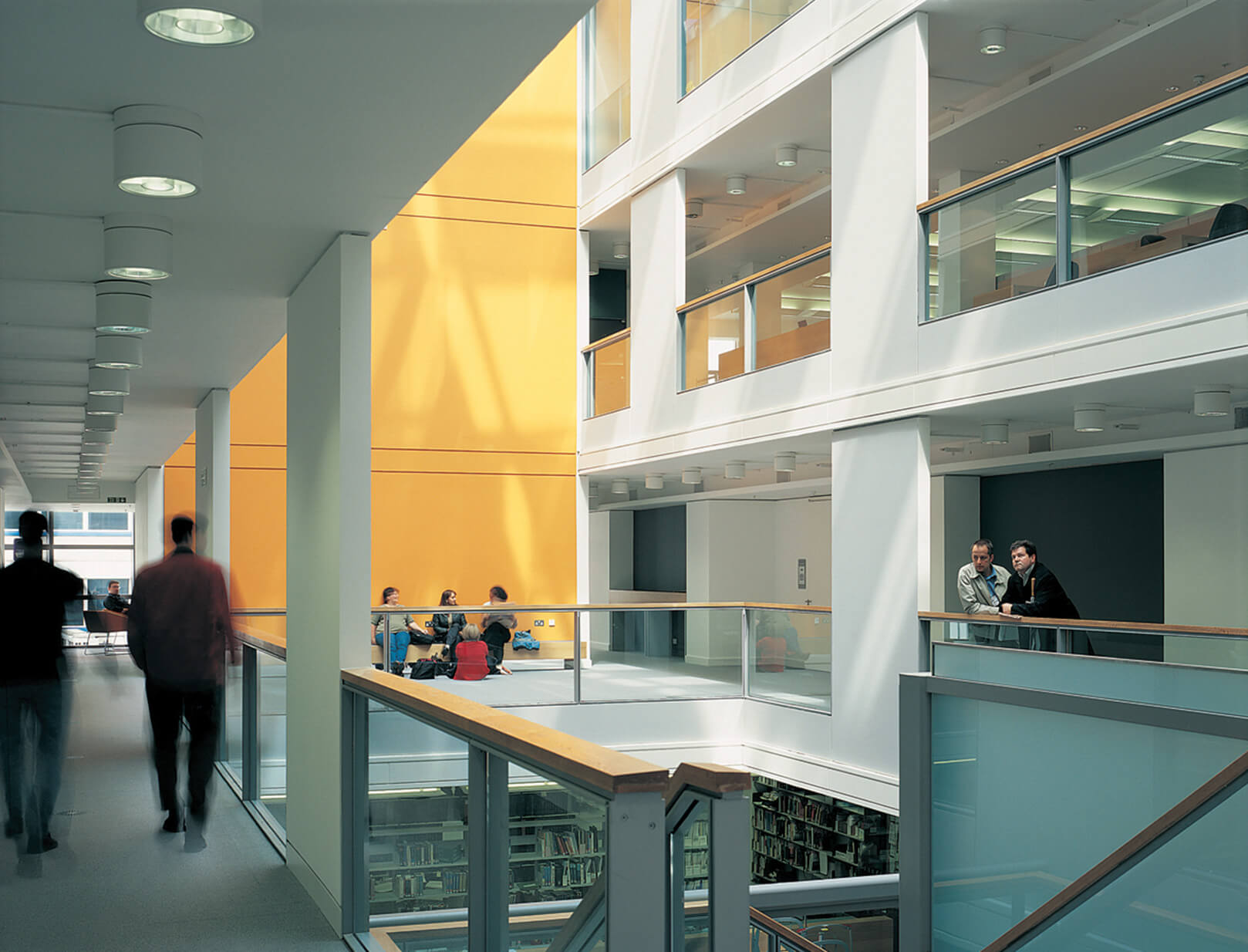 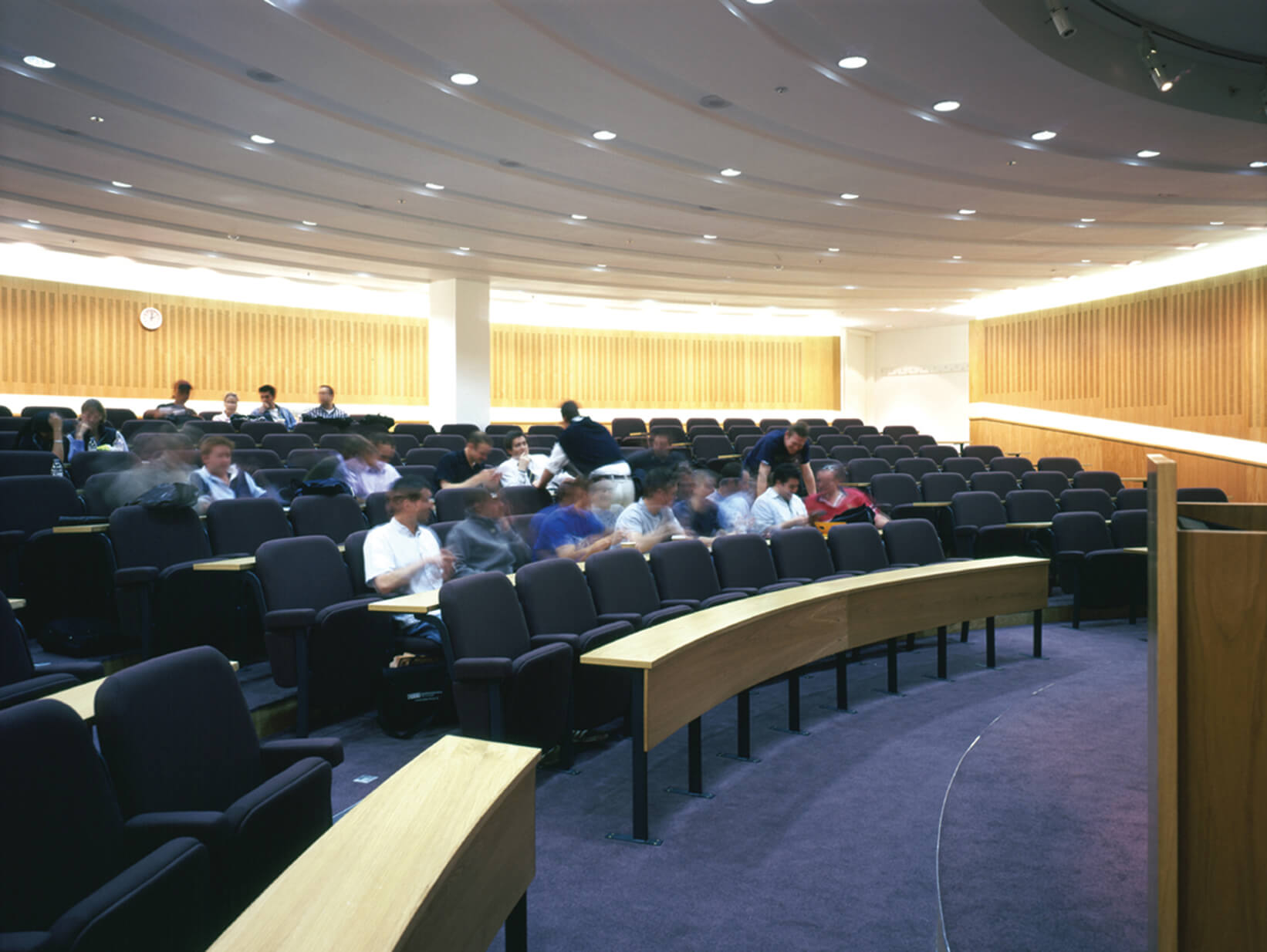 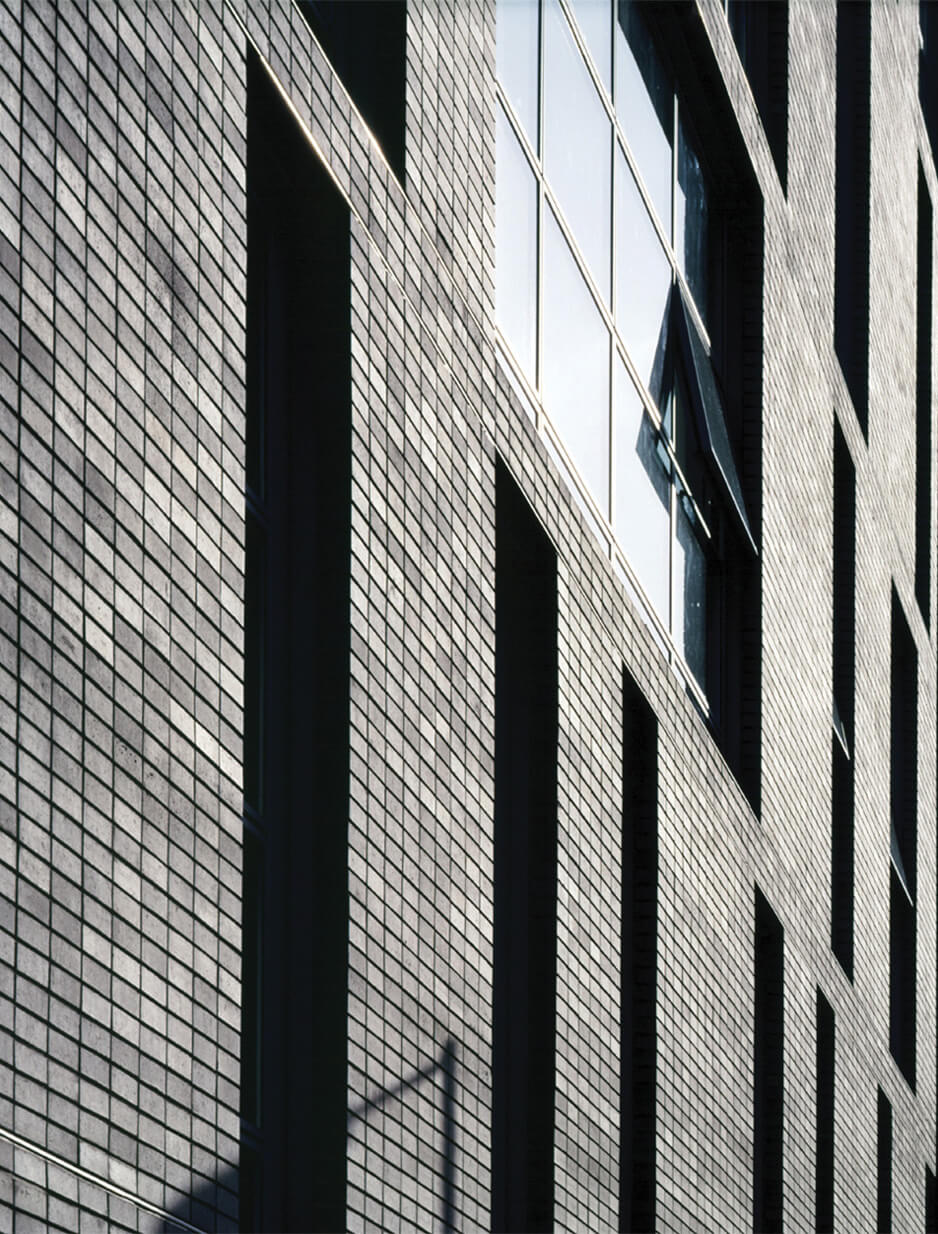 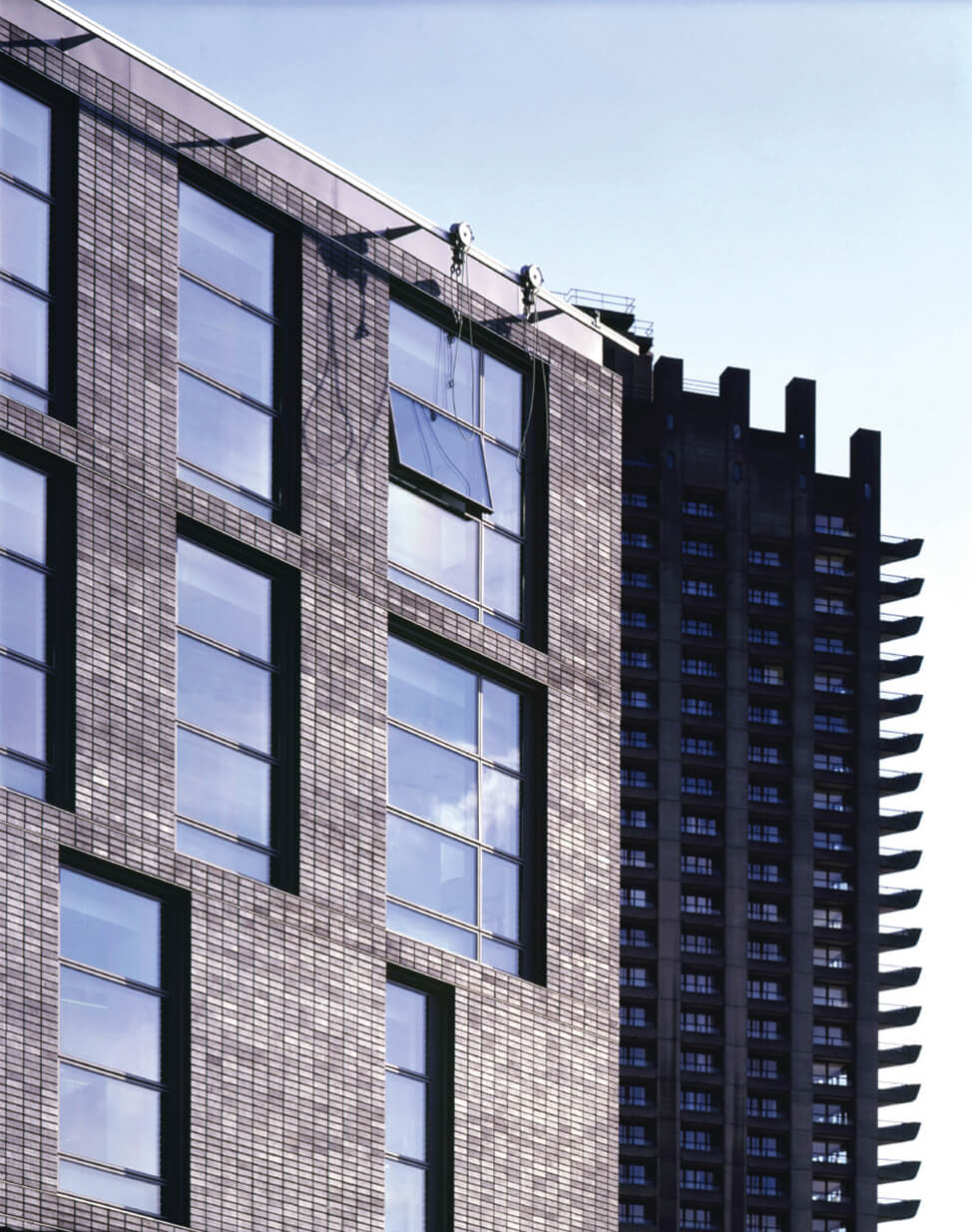 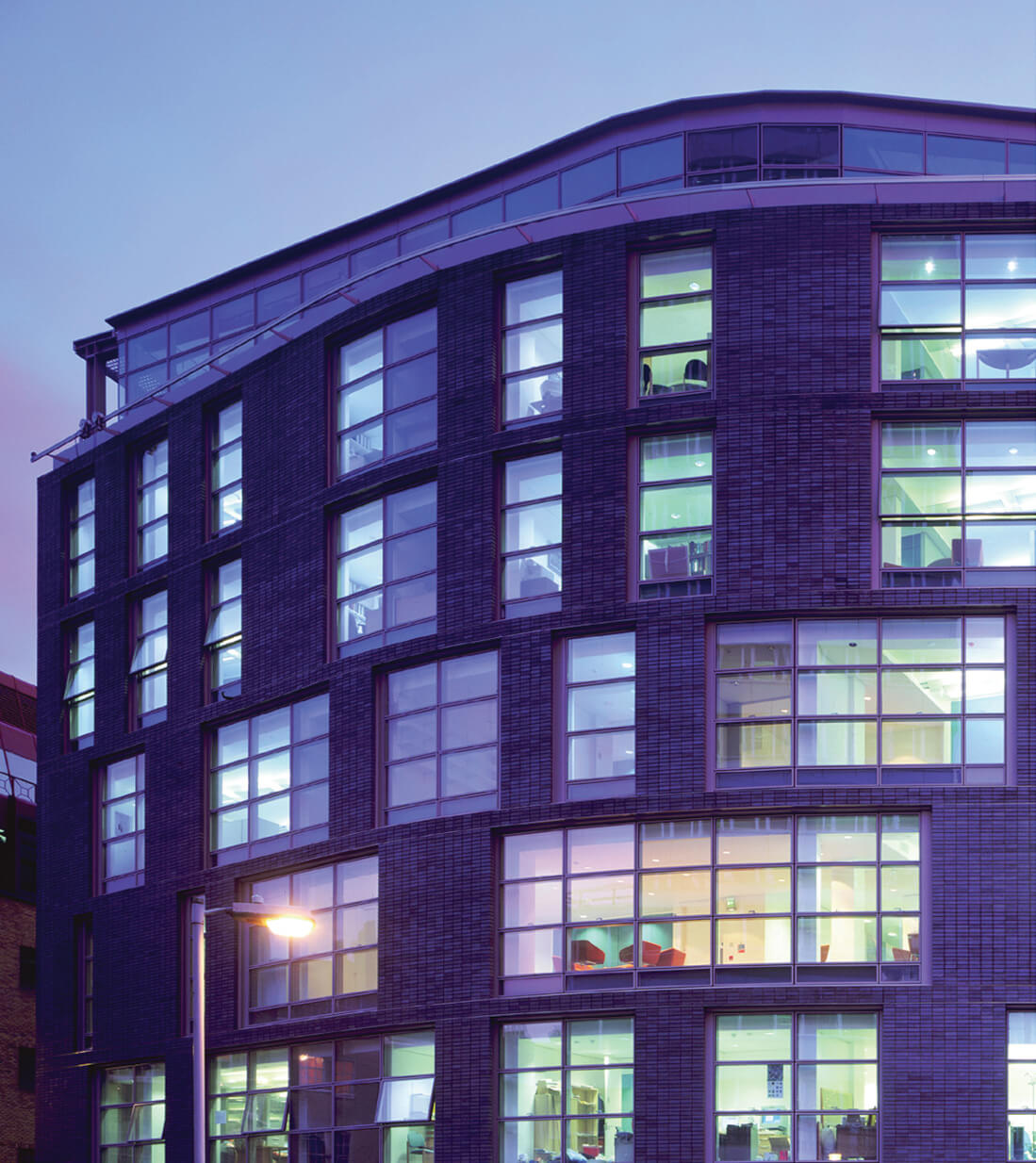 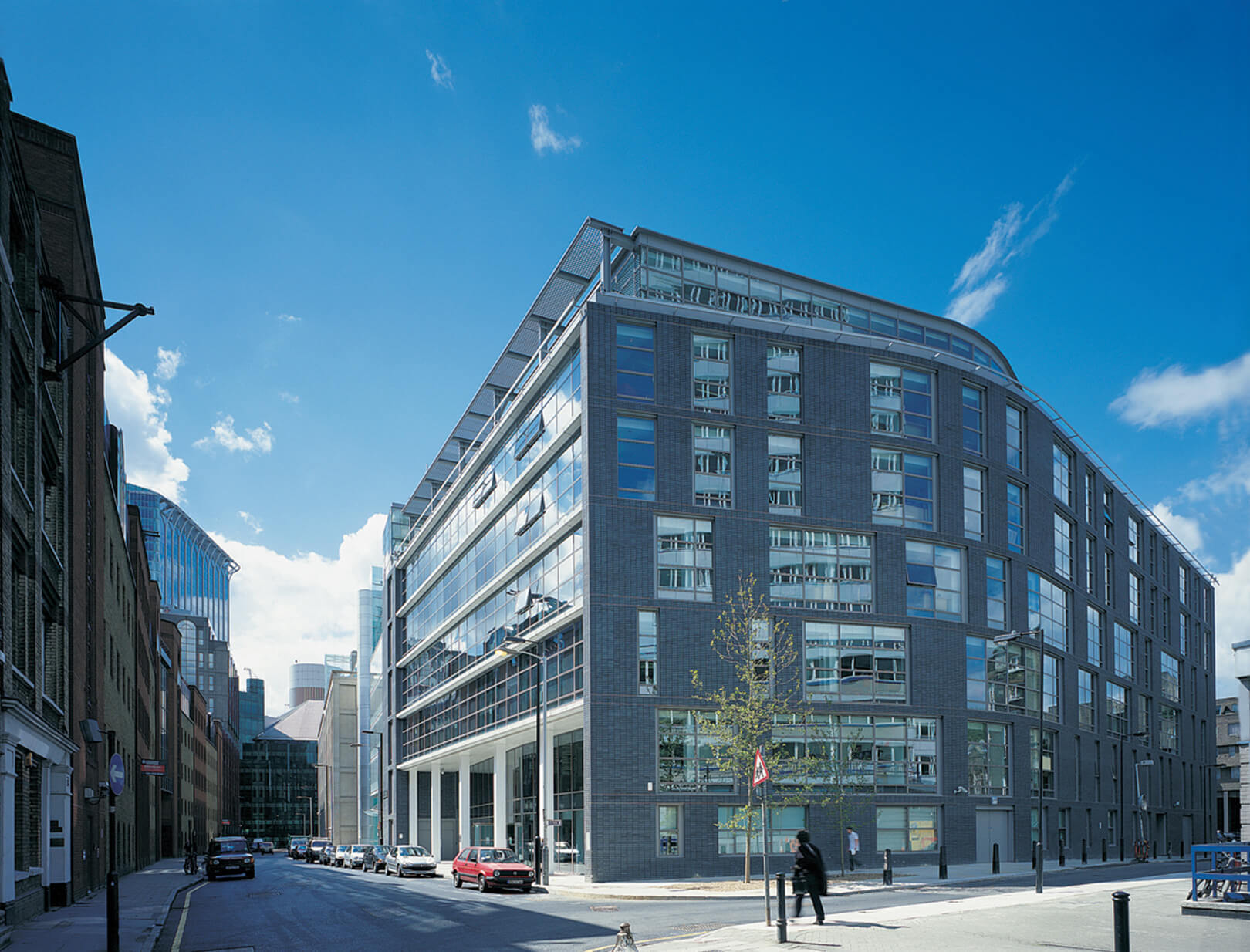 “The building has not only been a very positive feature in terms of student recruitment and in improving our overall image in the City, but has been very supportive of academic staff recruitment and retention; the internal spaces promote the types of collaborative working methods we sought, as well as allowing for a very diverse range of private and semi-private spaces.”

This substantial building for City University adjacent to the City of London is core to Cass Business School’s mission to enhance its standing as an institution of world renown.

The architectural language of the Cass Business School makes it clear that this is a high quality educational facility rather than another office building, the transparent, glazed façade on Bunhill Row signifying the entrance in contrast to the more solid, brick-panelled elevations that enclose the other three sides of the building’s principal form. Immediately outside this main volume, two large circulation/services cores and a courtyard provide a visual and functional buffer zone between the Business School and the commercial development.

Internally, the middle floors of the building are dominated by two types of space. First, there are a dozen lecture rooms for up to 80 people, generally based on the Harvard principle of debate and interaction between lecturer and students in a U-shaped layout. Second, a series of large and small break-out areas, located in the floors and galleries of two atria, extend the learning process beyond the formal teaching spaces in a way that animates the school as a whole. Elsewhere, the lower levels contain a learning resource centre, café and a 200-seat lecture theatre, whilst the upper floors are devoted to offices for academic staff, a restaurant and a suite of rooms for executive teaching.

The structure is post-tensioned, allowing flat concrete slabs to achieve a regular pattern of 12-metre spans. The thermal mass of the exposed slabs also assists the low energy strategy, which is based on displacement air supplied from a deep raised floor throughout the building. The target for the servicing of the building is to deliver an environment akin to a ‘City’ building for under half of the annual energy consumption.