After the acclaimed success of Mint Hotel Westminster, Bennetts Associates was commissioned to design a second major London hotel near Tower Bridge on a tight island site bound by Fenchurch Street Station to the north and conservation areas to the south and west. The prevailing urban grain of the area is tight and dense with most blocks of building defined by the medieval streets as they fan out from one of the City’s original gates. The 1960s building which previously occupied the site was a notable exception to this by virtue of its H-shaped plan, which left large voids in the townscape on streets that could benefit from a greater sense of enclosure.

The new hotel development addresses this by conforming to the original street edges and enlivening the ground level with a variety of public uses. Extensive landscaping is incorporated into the building in the form of a courtyard extending from ground to roof level, the largest green wall in Europe and external roof terraces at level 11. The hotel houses a bar, restaurant, meeting and conference facilities at ground and level One, and accommodates 583 bedrooms over a further nine floors. The main massing of the hotel is in keeping with the surrounding buildings both in terms of height and materials but the trademark SkyLounge is treated as an identifiable element which sits discreetly above the adjacent roofs, offering 360° views of the London skyline.

The extensive views are particularly exciting towards the Tower of London to the south and the high-rise buildings of the City’s financial district to the north. In consequence, this part of the Tower Conservation Area should change from a rather barren, ill-defined area to one which has street life and a strong urban character. 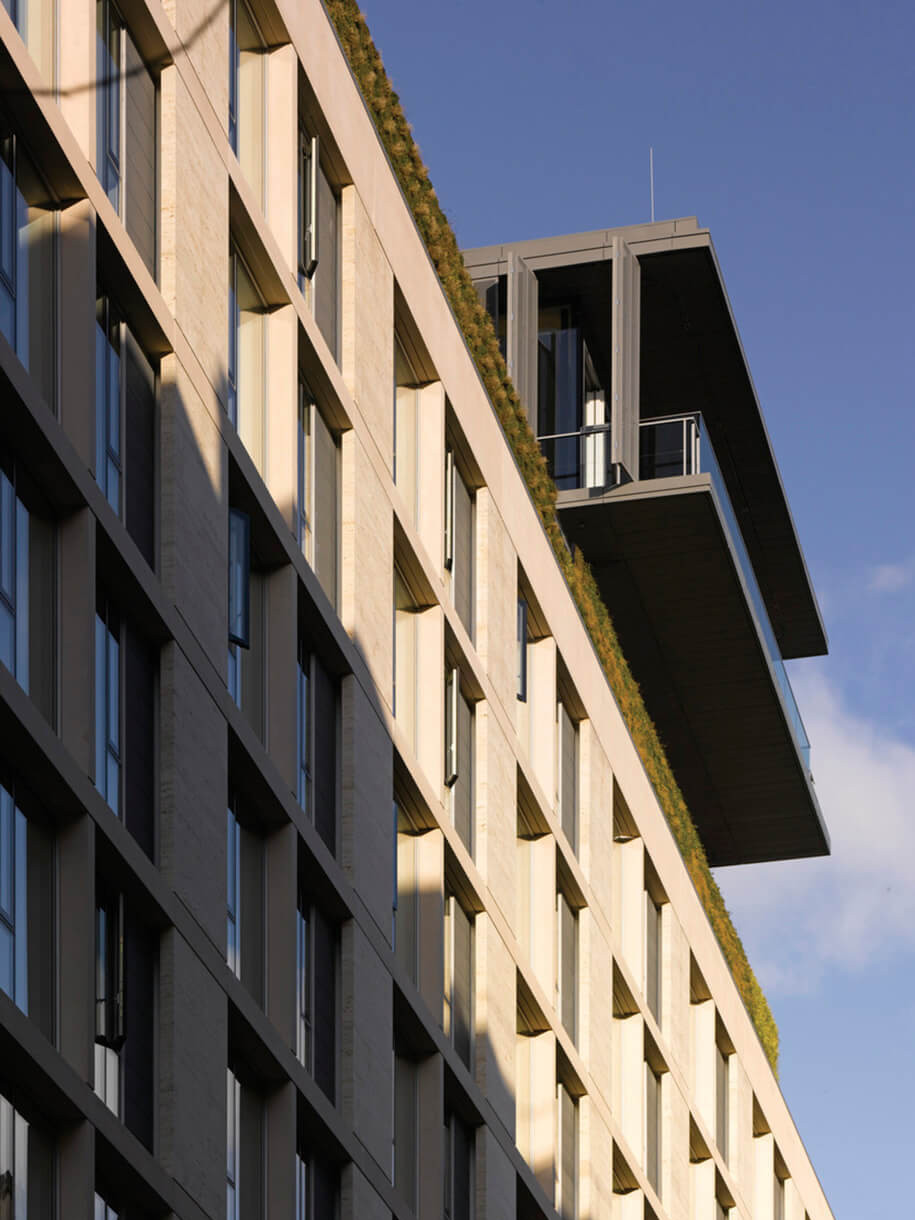 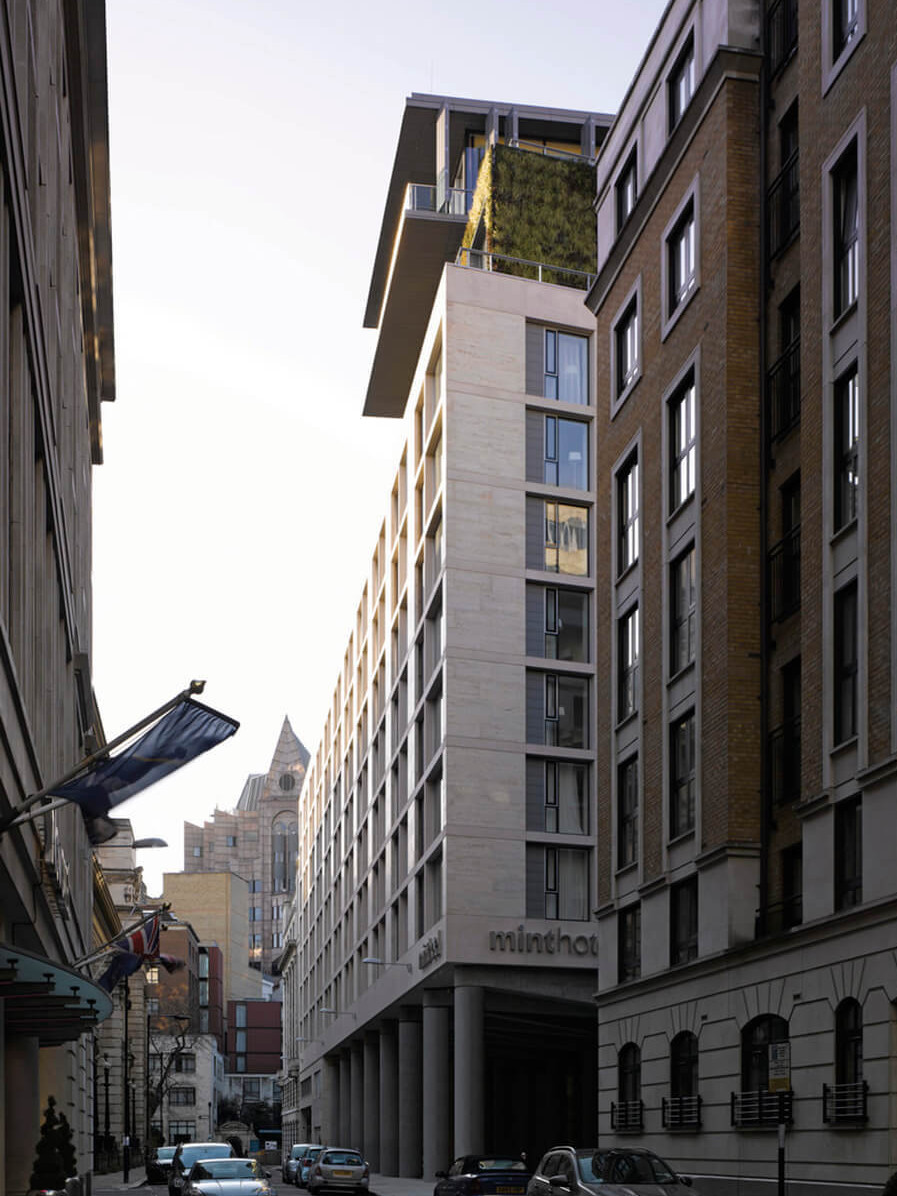 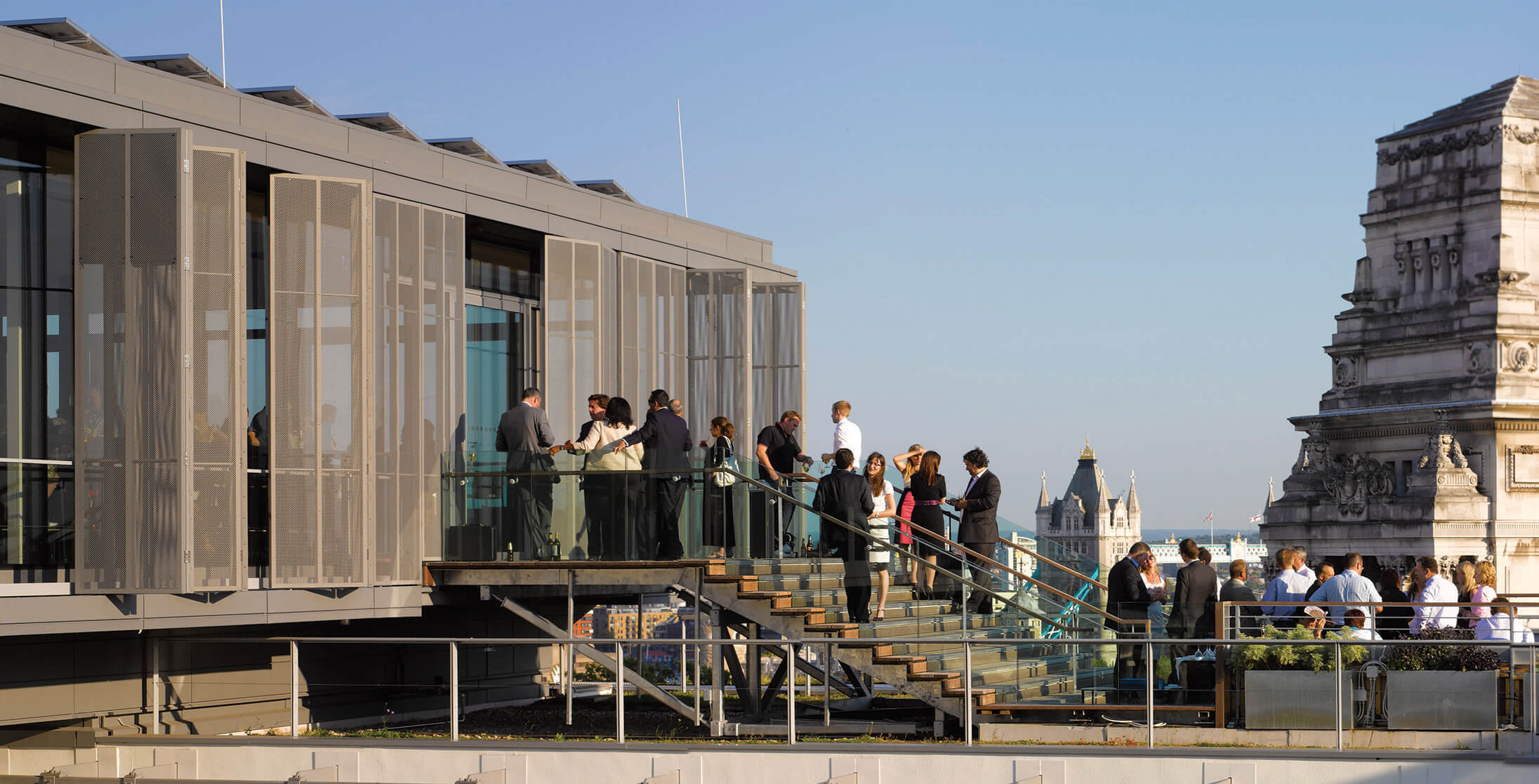 “The hotel’s carefully considered approach to sustainability achieves a 40% improvement on the usual standards for hotels.” 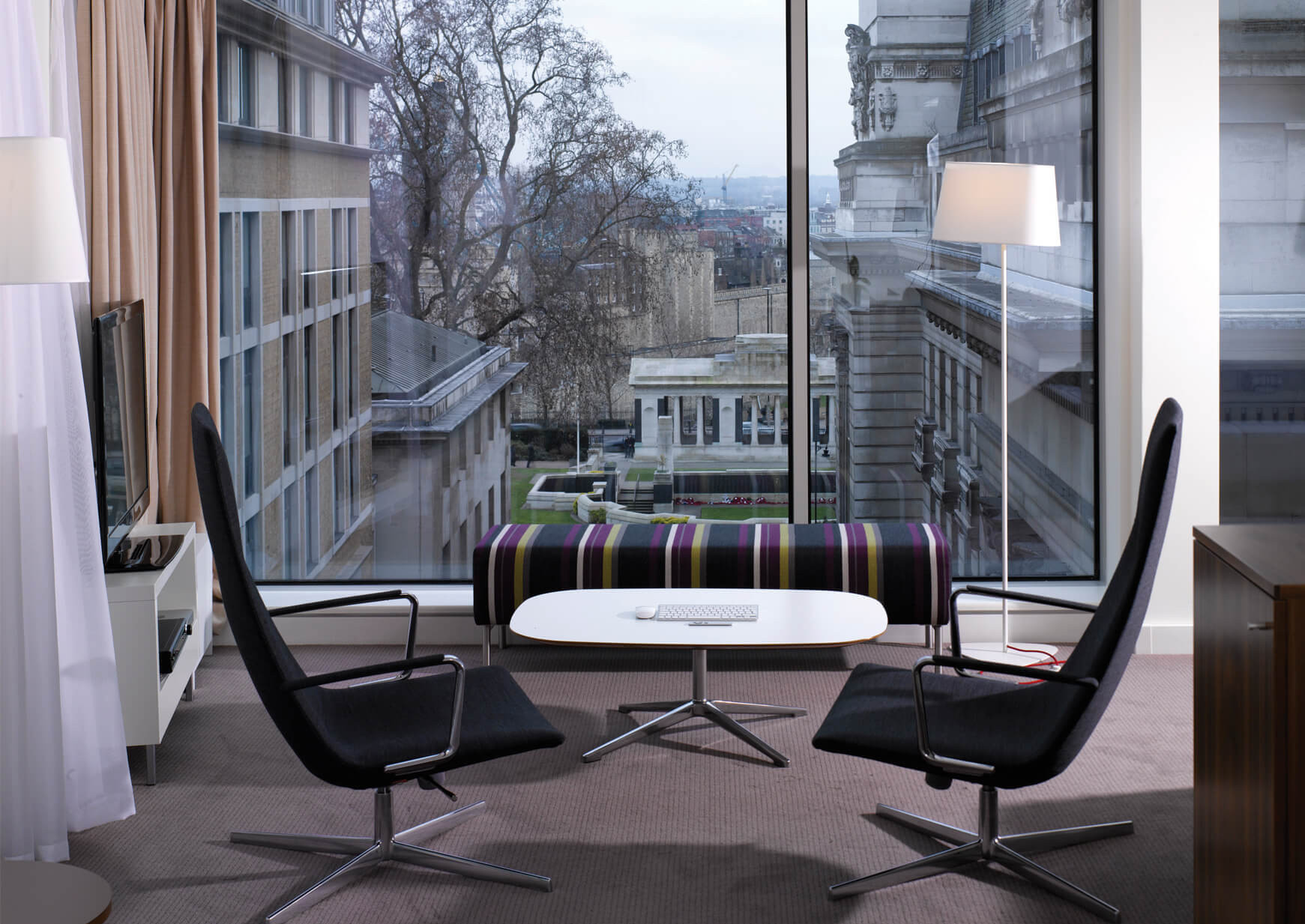 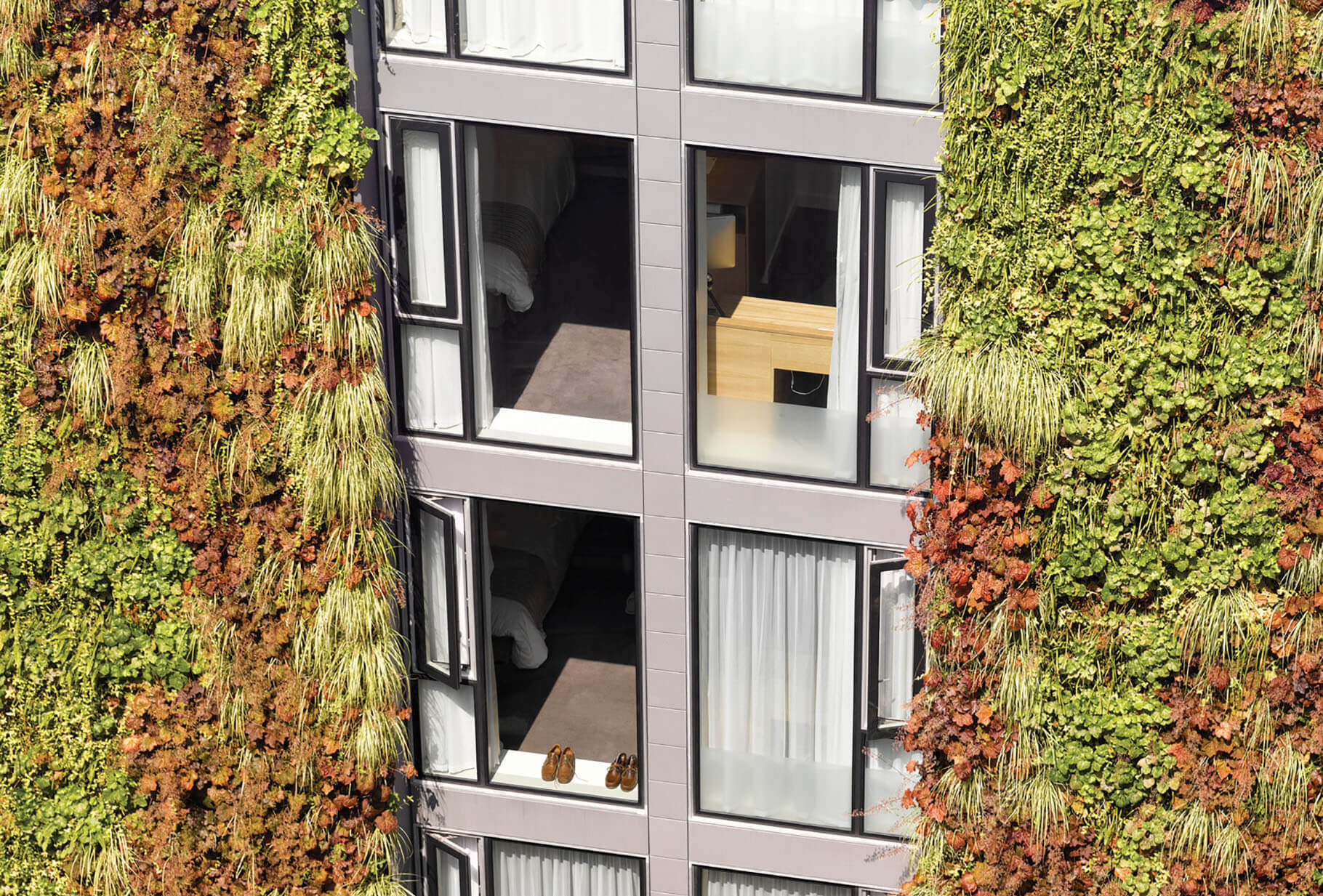 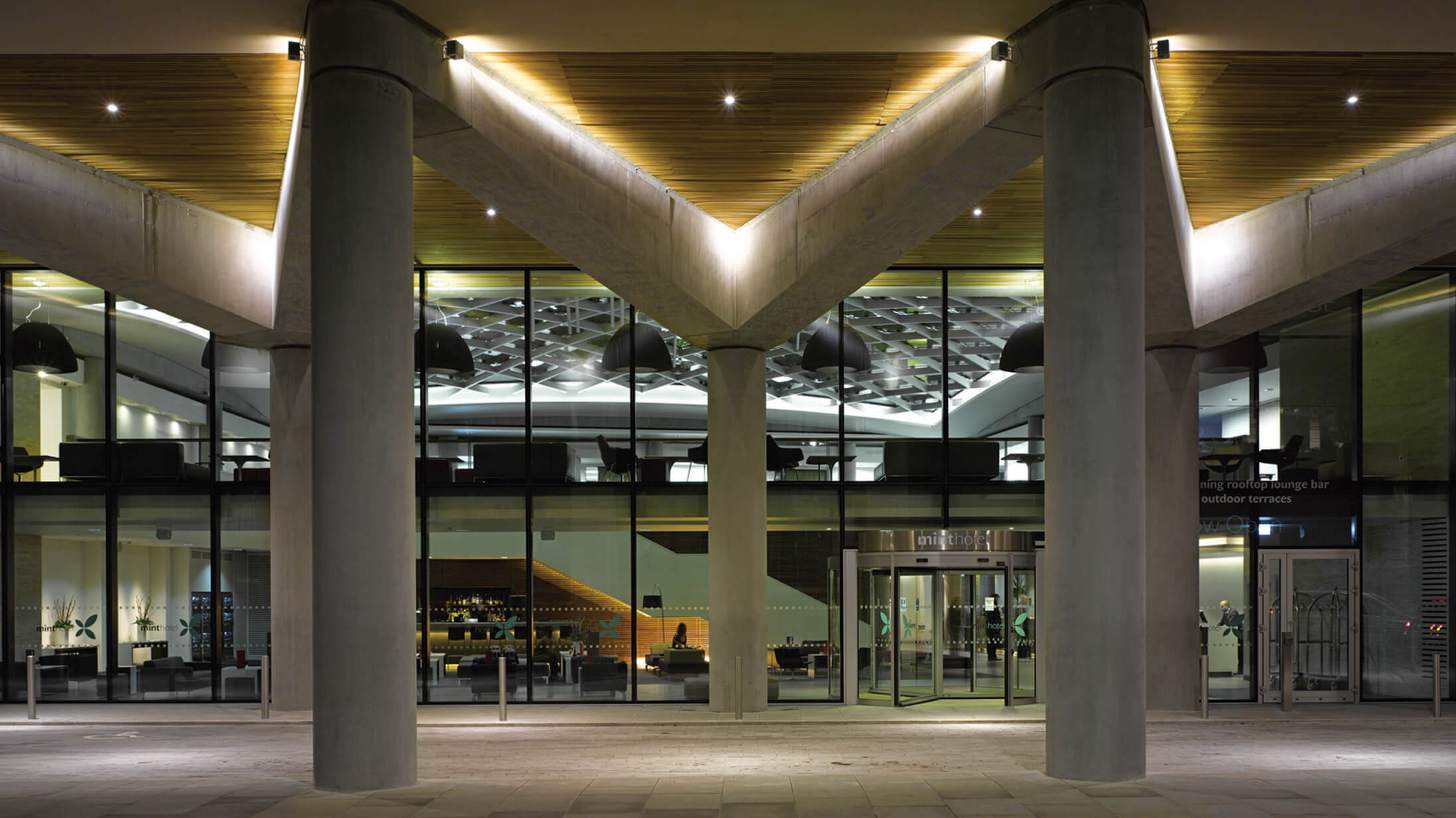 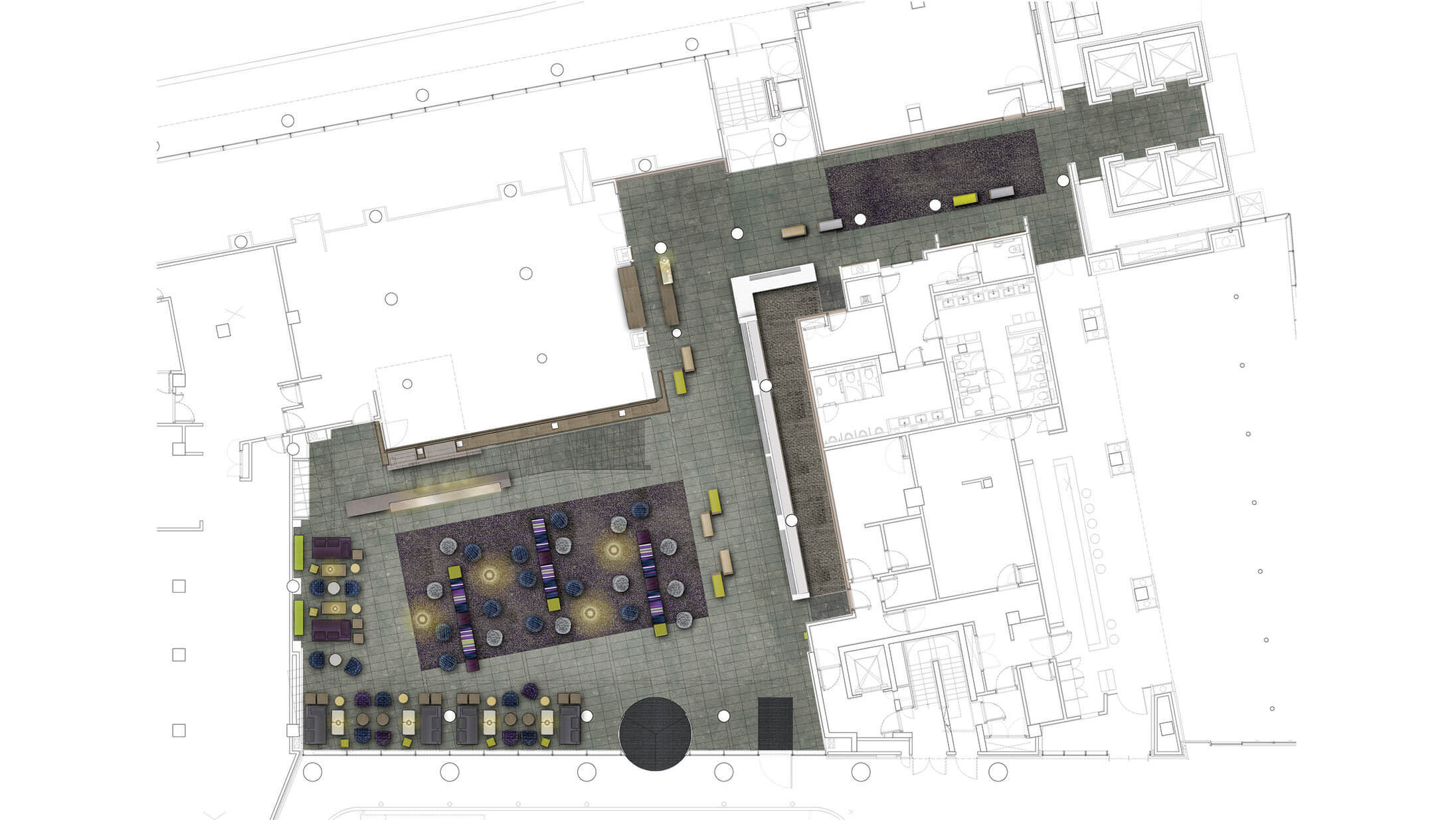 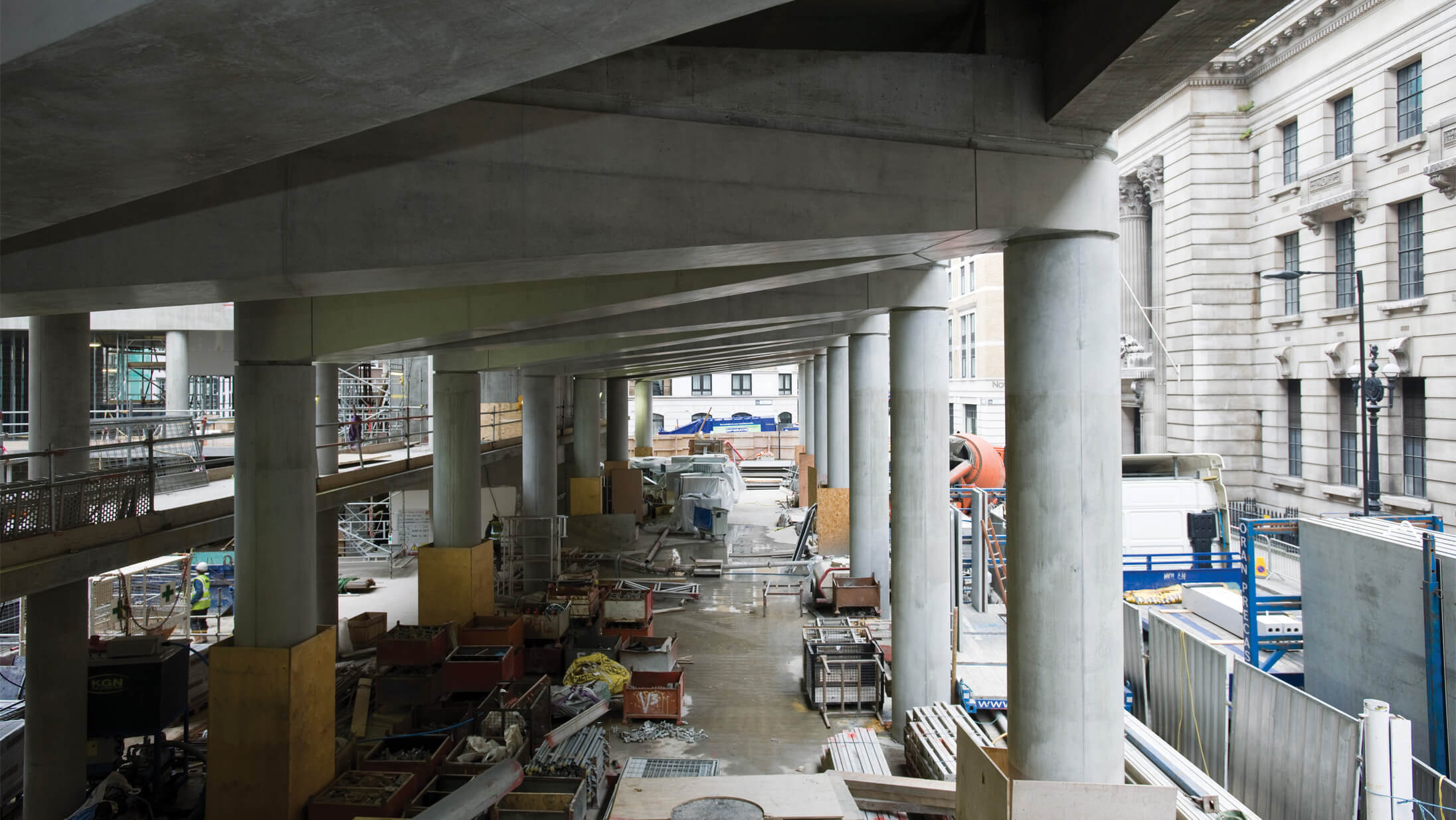 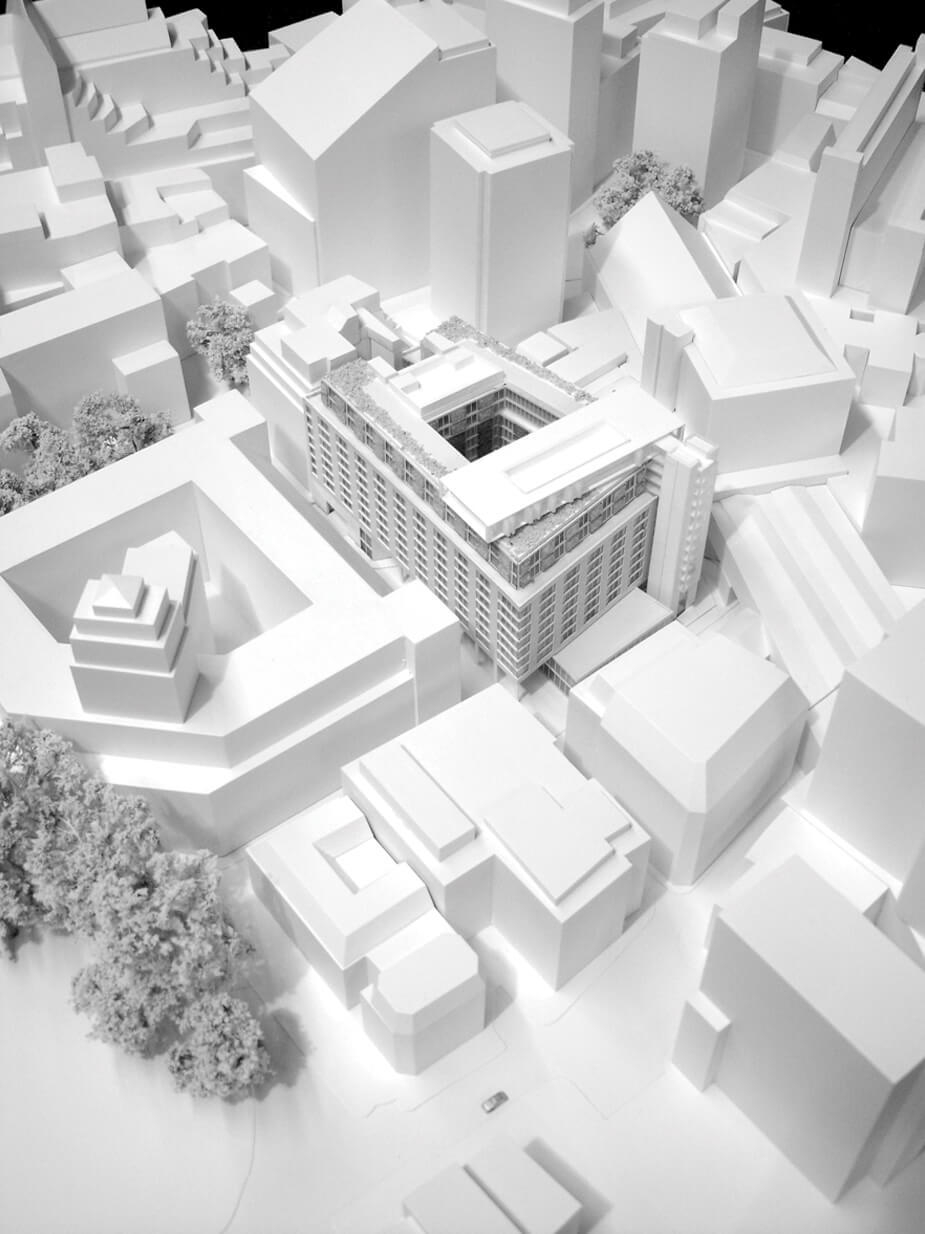