Based on the concept of a high quality hotel with exceptional restaurant and bar facilities, this 460-bedroom hotel in Westminster became the flagship of Mint Hotel (formerly City Inn), an innovative chain of UK hotels.

Hemmed in by Government office buildings, a block of private flats and the car park serving the Millbank Tower, the site had been vacant for many years prior to redevelopment.

The form of the building has been designed to make the least possible impact on the views and daylight of neighbouring properties and to maintain natural ventilation to the car park. In urban design terms, the hotel’s volume is divided into three parts above a two-storey podium – two separate bedroom blocks of different heights, connected by a visually distinct tower for main lifts. The taller bedroom block is parallel to the open, southern boundary so that its narrow gable is visible from the Thames, whilst the lower block is aligned with the block of flats in order to consolidate the line of John Islip Street. The circulation tower is used to resolve the acute angle between the two main blocks.

The skyline is further enriched by large, cantilevered canopies that provide screening to roof-top plant-rooms and shading to full-height glazing on the top floor suites. The principle cladding materials are aluminium panels, glazing and blue terracotta. At ground level, a new, glazed pedestrian street connects the main entrance in John Islip Street with Thorney Street and Millbank, allowing not only an extensive frontage animated by the restaurant and café but also a substantial opportunity for public art.

With the support of Westminster City Council and the Tate Gallery, the pedestrian street has been designed in collaboration with the artist Susanna Heron, with the intention of creating a series of powerful installations for a new urban route. The continuous, solid wall that provides the backdrop to Susanna Heron’s work also serves as the visual screen to the adjacent car park. 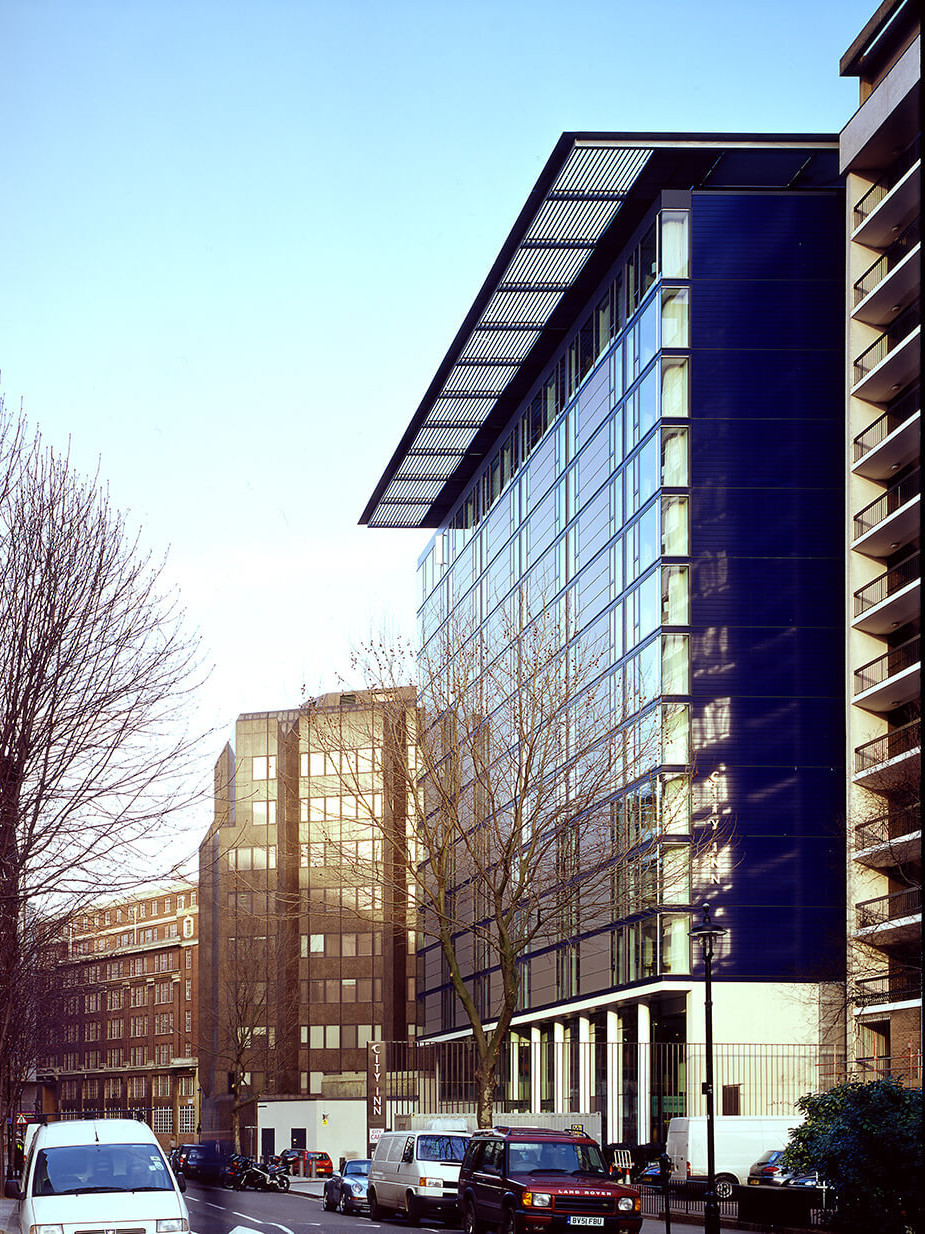 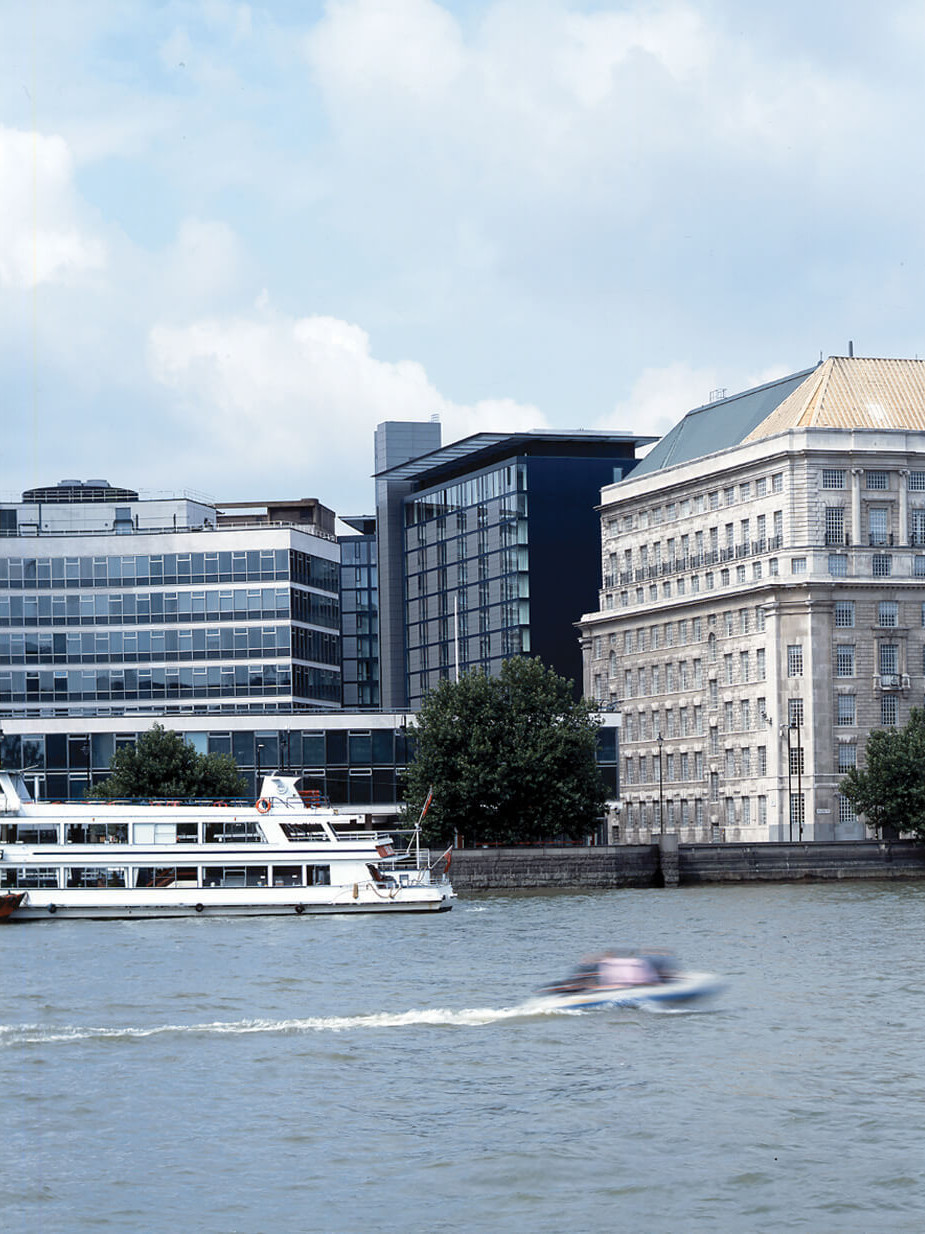 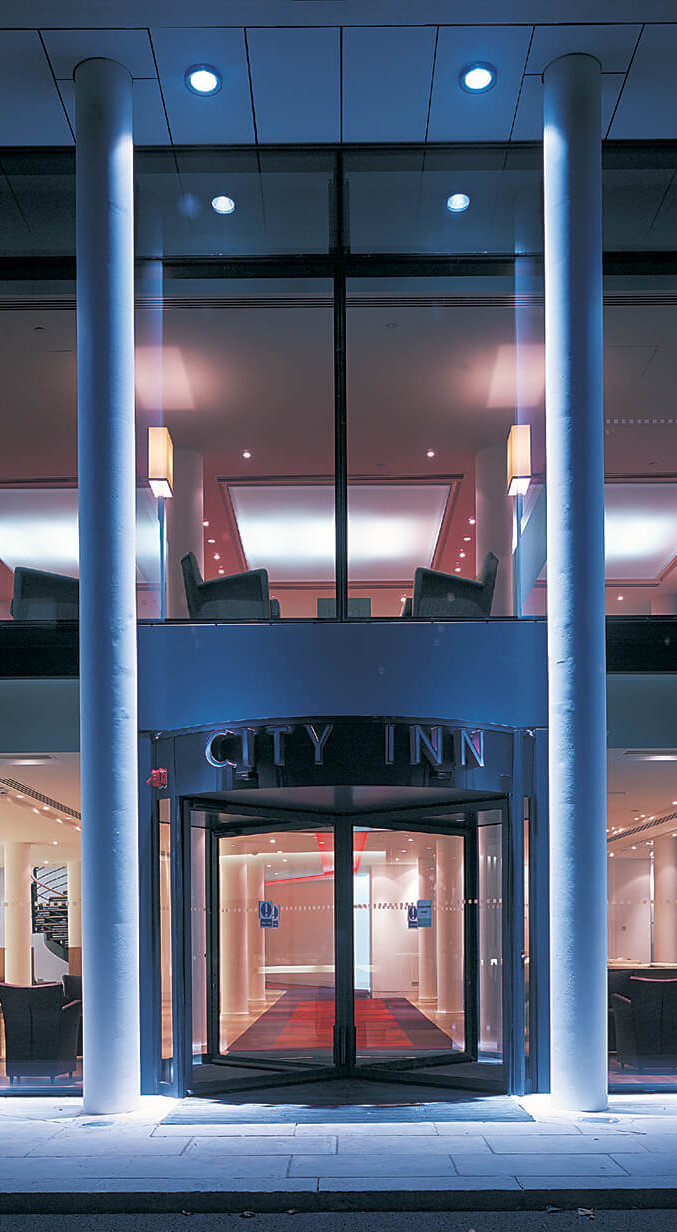 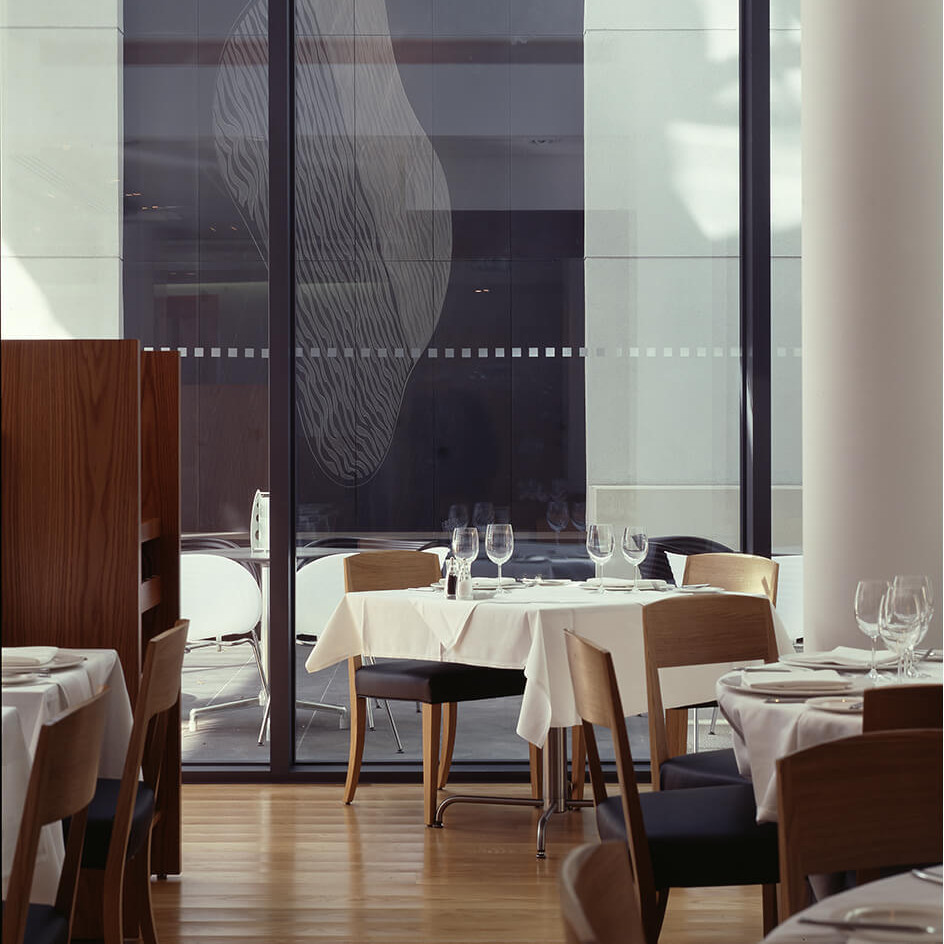 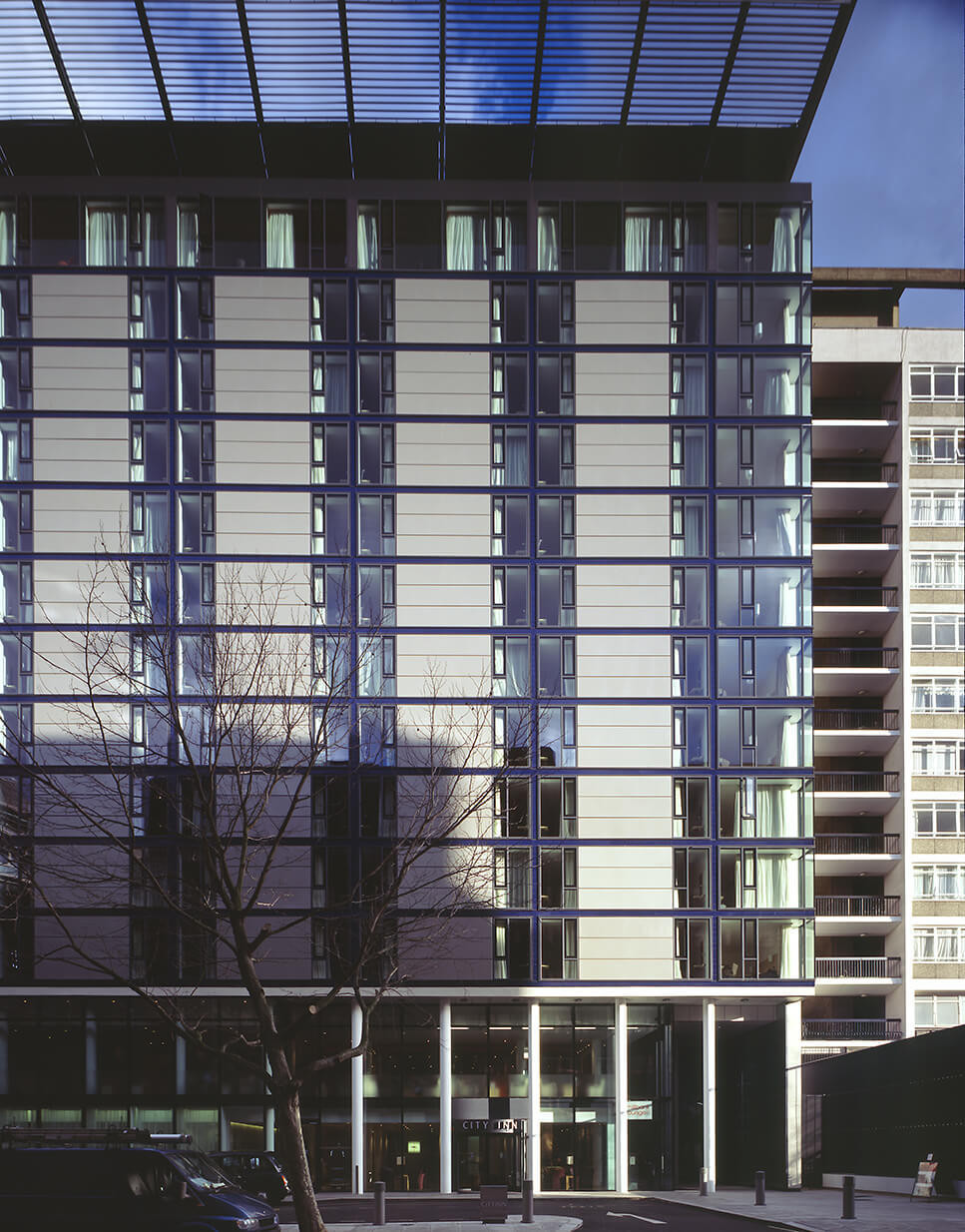 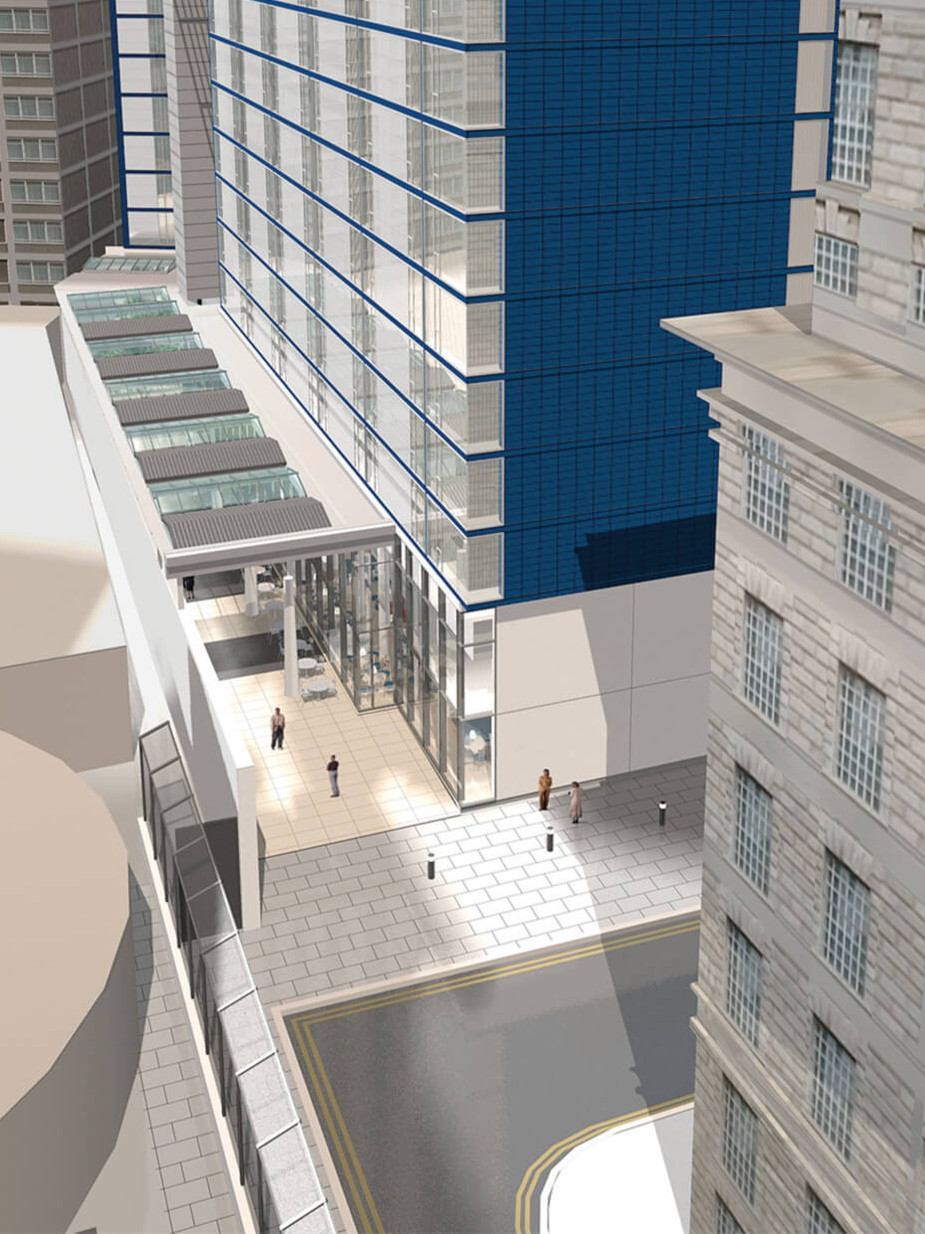 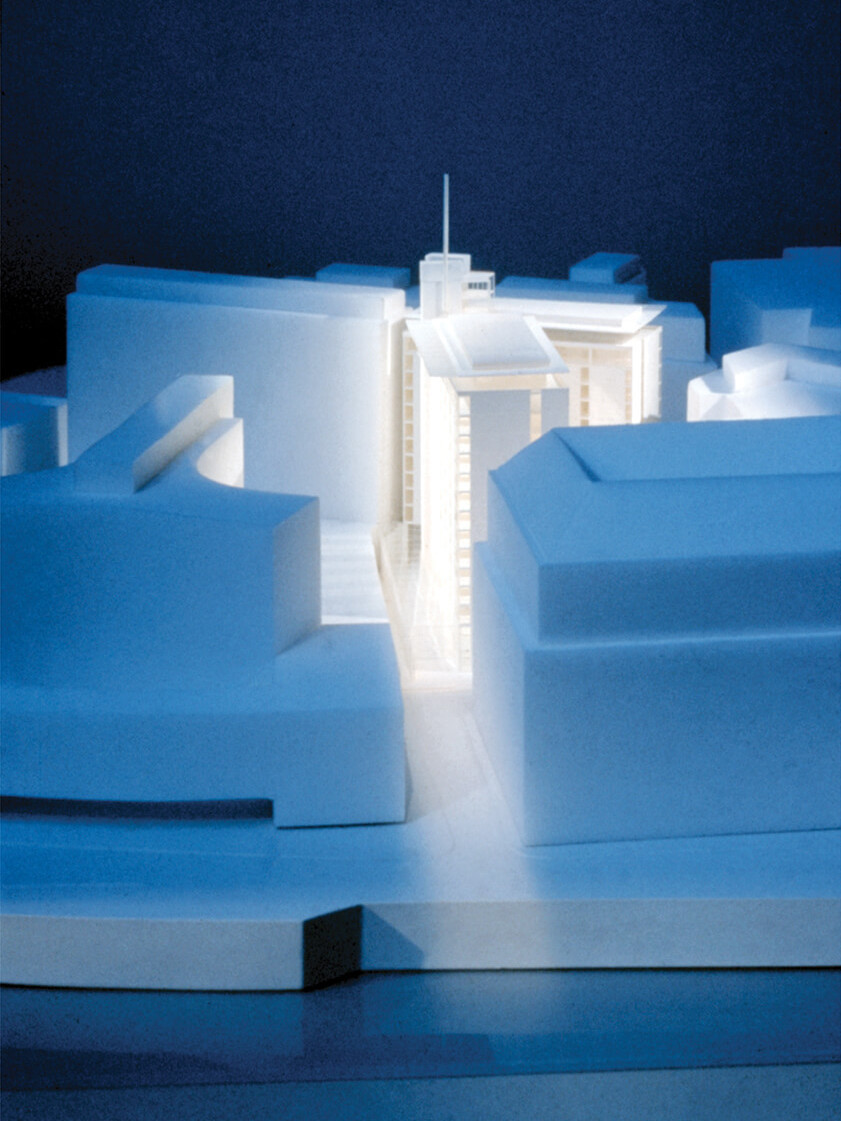