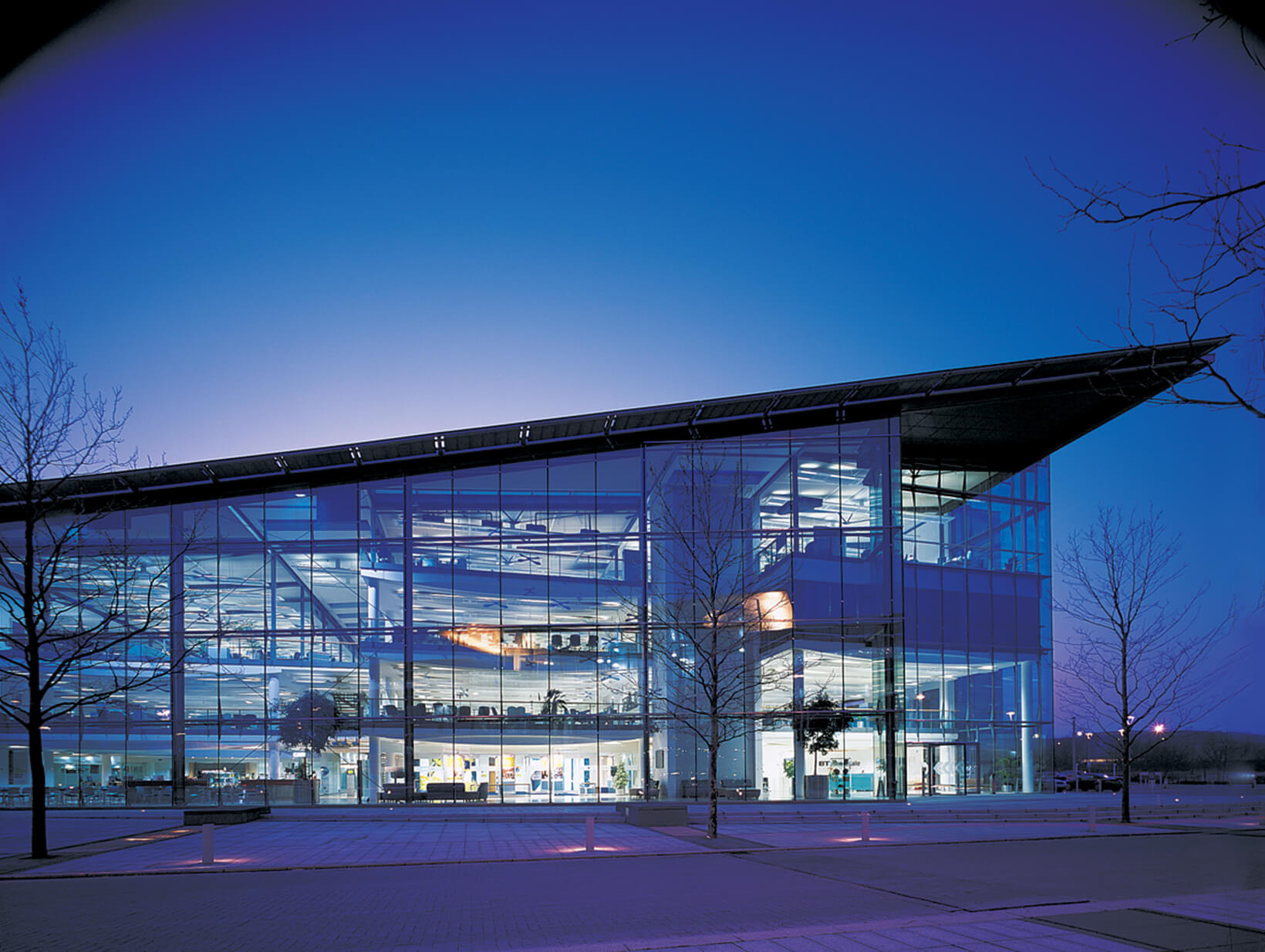 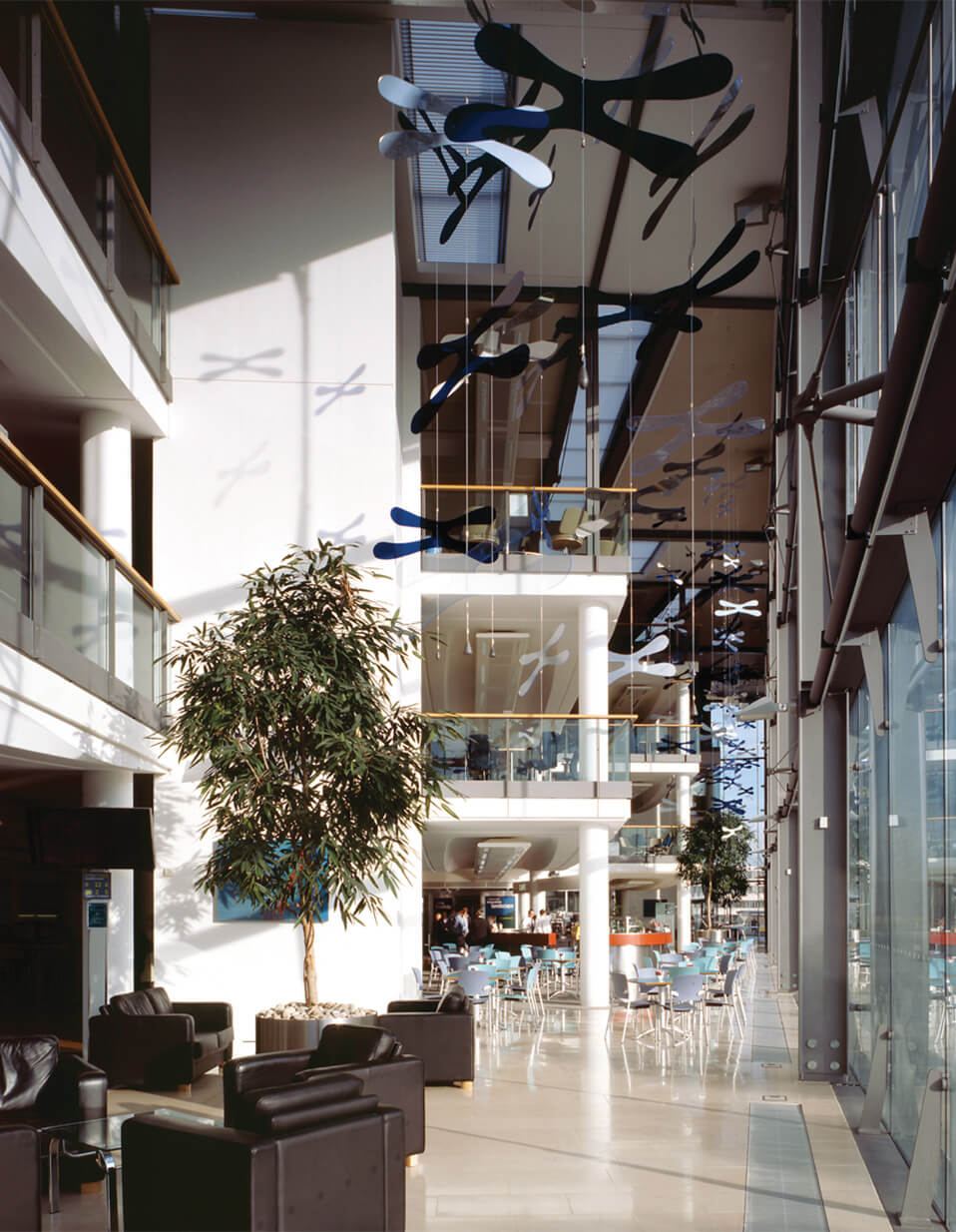 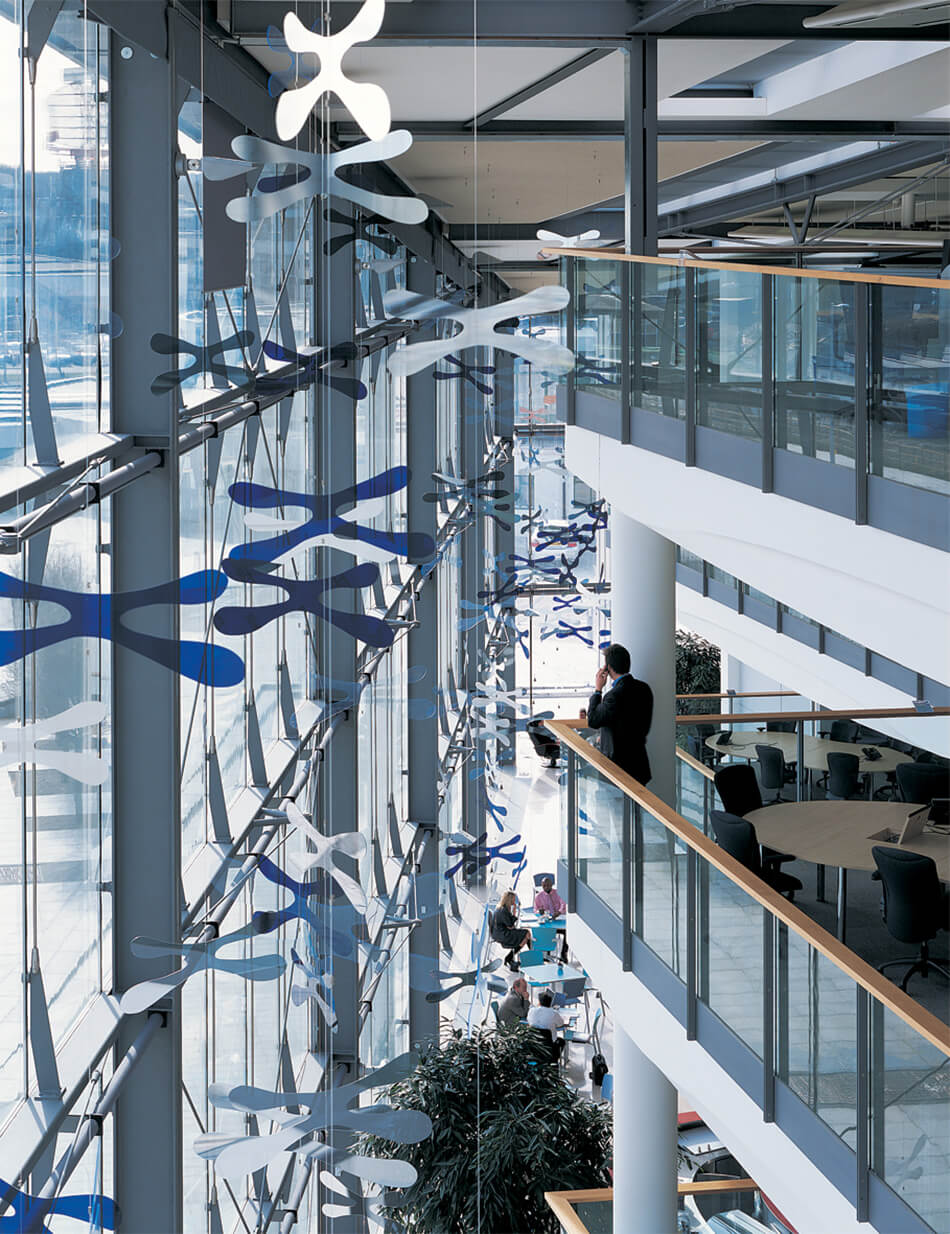 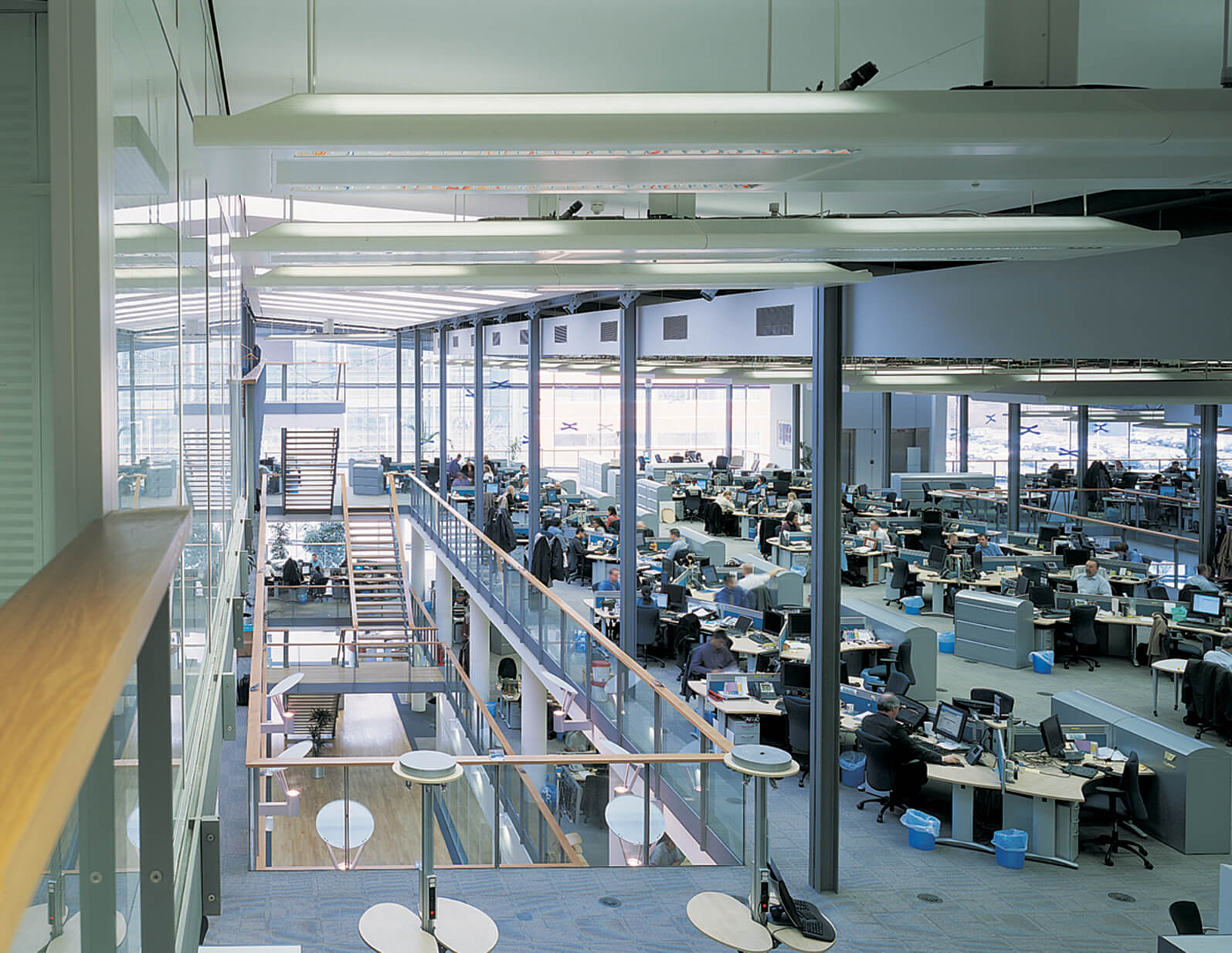 After a decade pioneering sustainability in headquarters buildings, City Place is the first, substantial, energy-efficient building completed by Bennetts Associates for the commercial office sector.

BAA’s office park next to the current airport occupies the site of the original 1930s airfield, where passenger aircraft pulled up on the grass outside a circular, two-storey pavilion that has recently been converted to business space.

The envelope of new building takes the form of a trapezium both in plan and in section, allowing a change in scale and alignment both out of respect for its smaller neighbour and in response to its relationship with the sun. Within this stainless steel clad angular envelope, the irregular spaces created between four parallel floorplates and the perimeter are used to create amenity areas, circulation zones and sources of daylight.

The envelope, including the roof, takes the form of a ‘wrapped’ cladding of stainless steel standing seam with punctured ribbon windows whilst the East elevation is finished in a full height glazing system.