The masterplan focused around a new square and comprised eight separate buildings which included the library as well as office, retail, residential, hotel and community accommodation.

The Library has a simple, rectangular plan with three floors of regular accommodation around the perimeter and the main library spaces in the centre. To emphasise their civic importance, these spaces are tall volumes constructed from two rows of dramatic vaulted concrete structures. Bridges connect the reference library at the upper level with the surrounding accommodation, allowing top-light to flood down the side walls of the lower level.

The building as a whole has been designed to have very low energy consumption, the wind-towers at roof level expressing the ventilation system in a way that adds to the rich, Brighton skyline. The building has also been constructed to within the constraints of a tight budget and the PFI process.

The library has been opened to widespread local and national acclaim. Extensive press coverage has been followed by a host of awards. 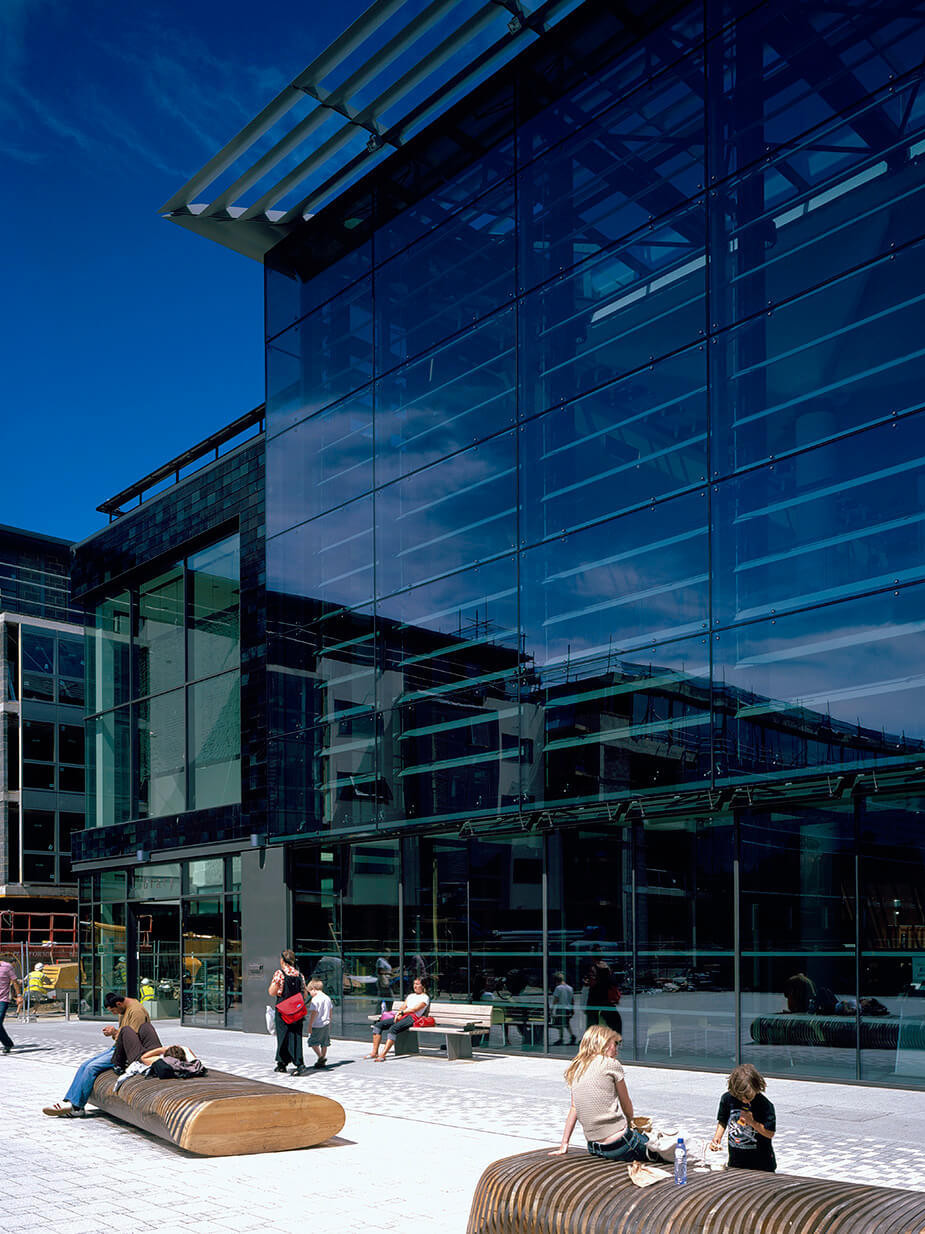 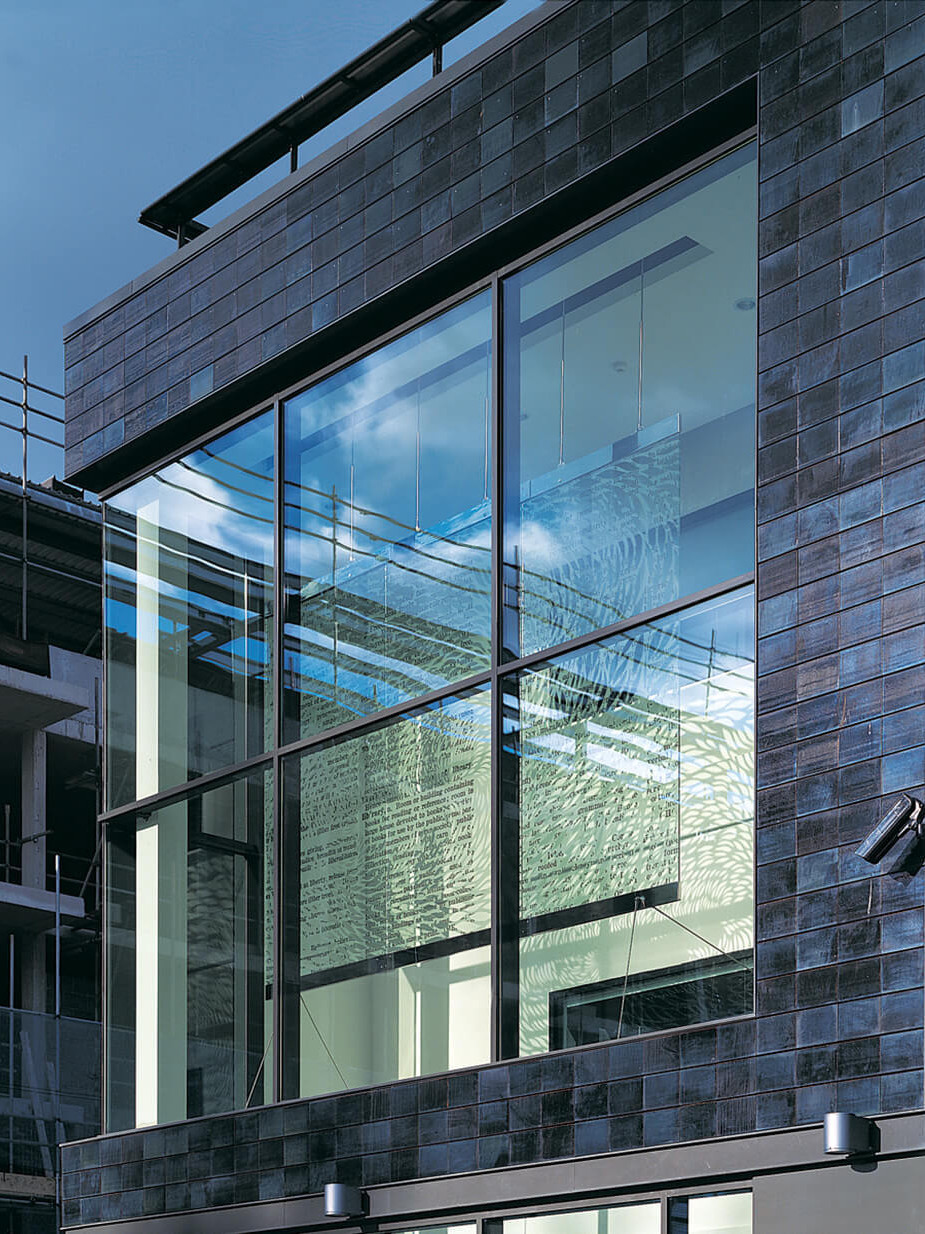 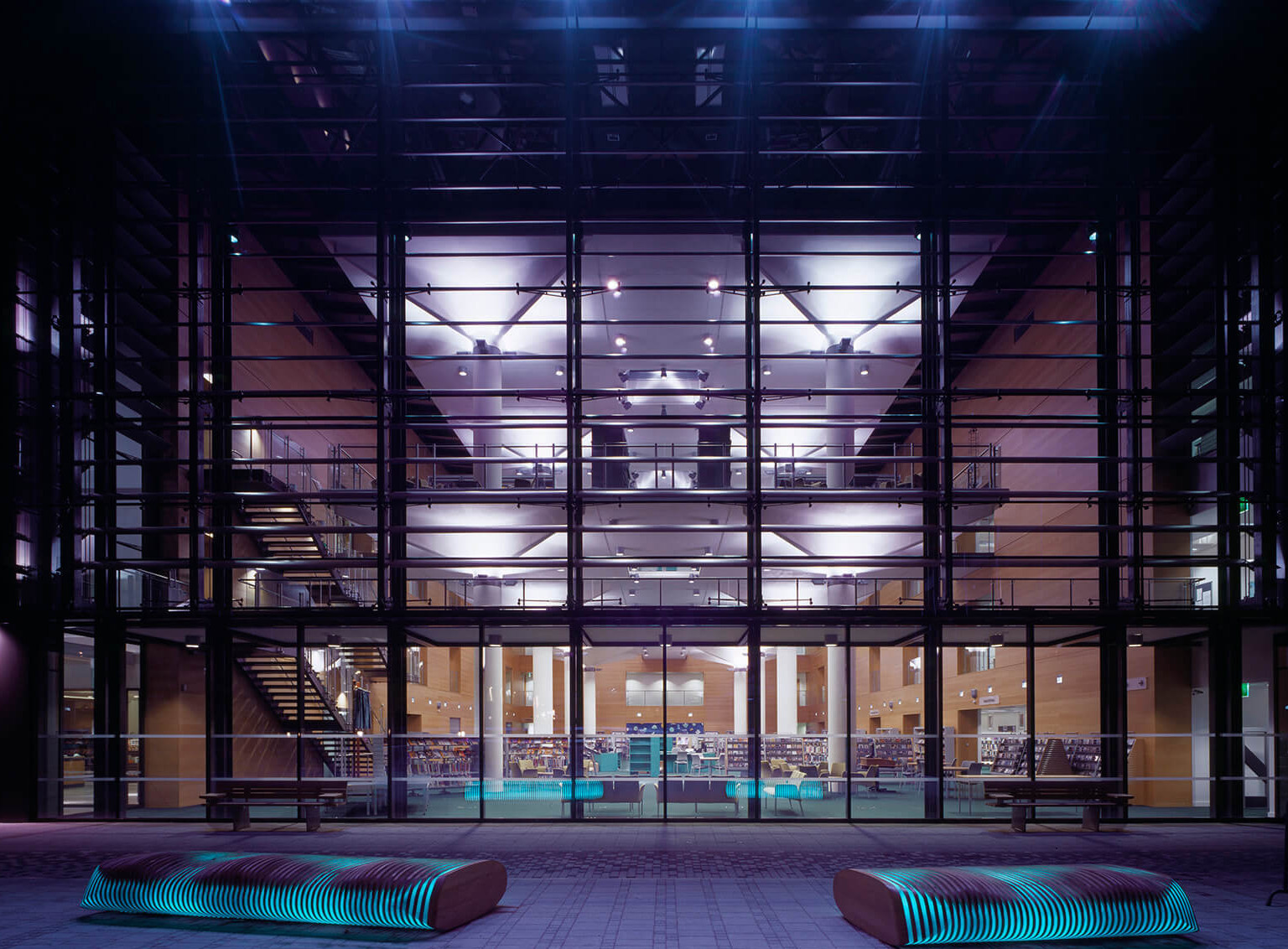 “The library has been a great success with the customers who find the building thrilling. We feel we have achieved with our partners an astonishingly beautiful building combining a very strong aesthetic with its overall function, to truly work as a space for learning, contemplation and interaction.” 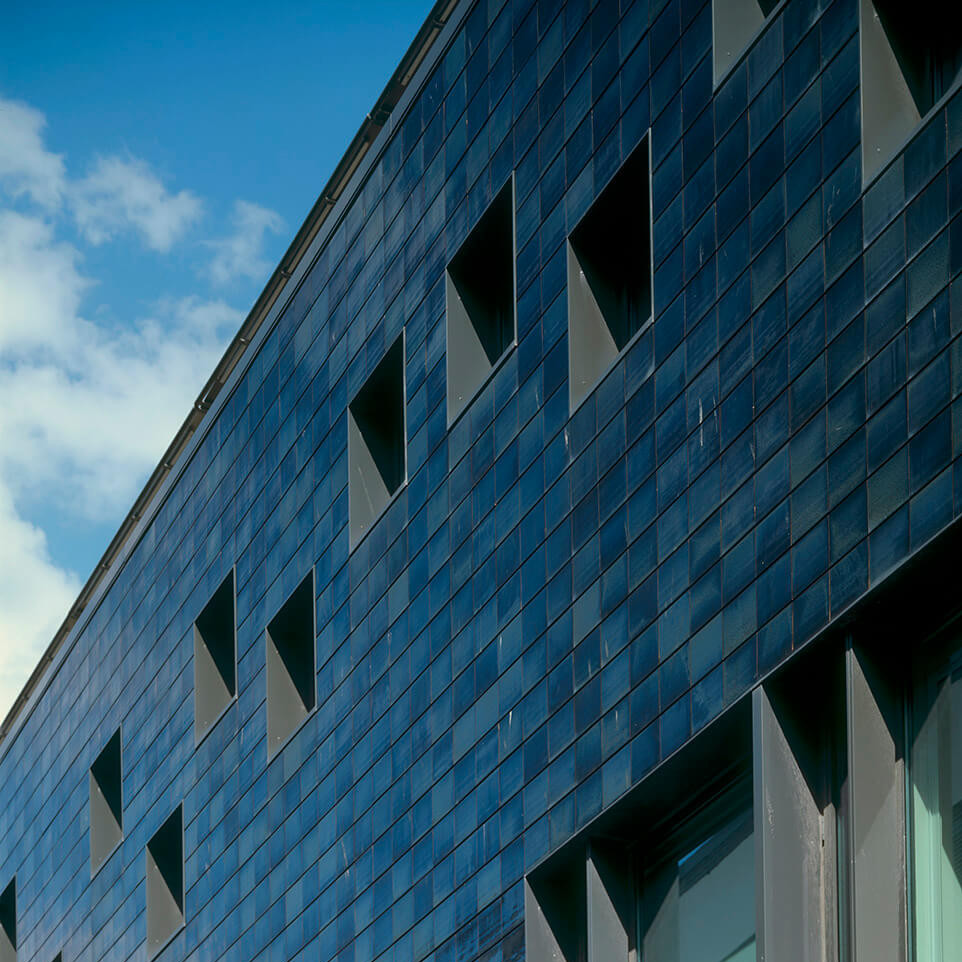 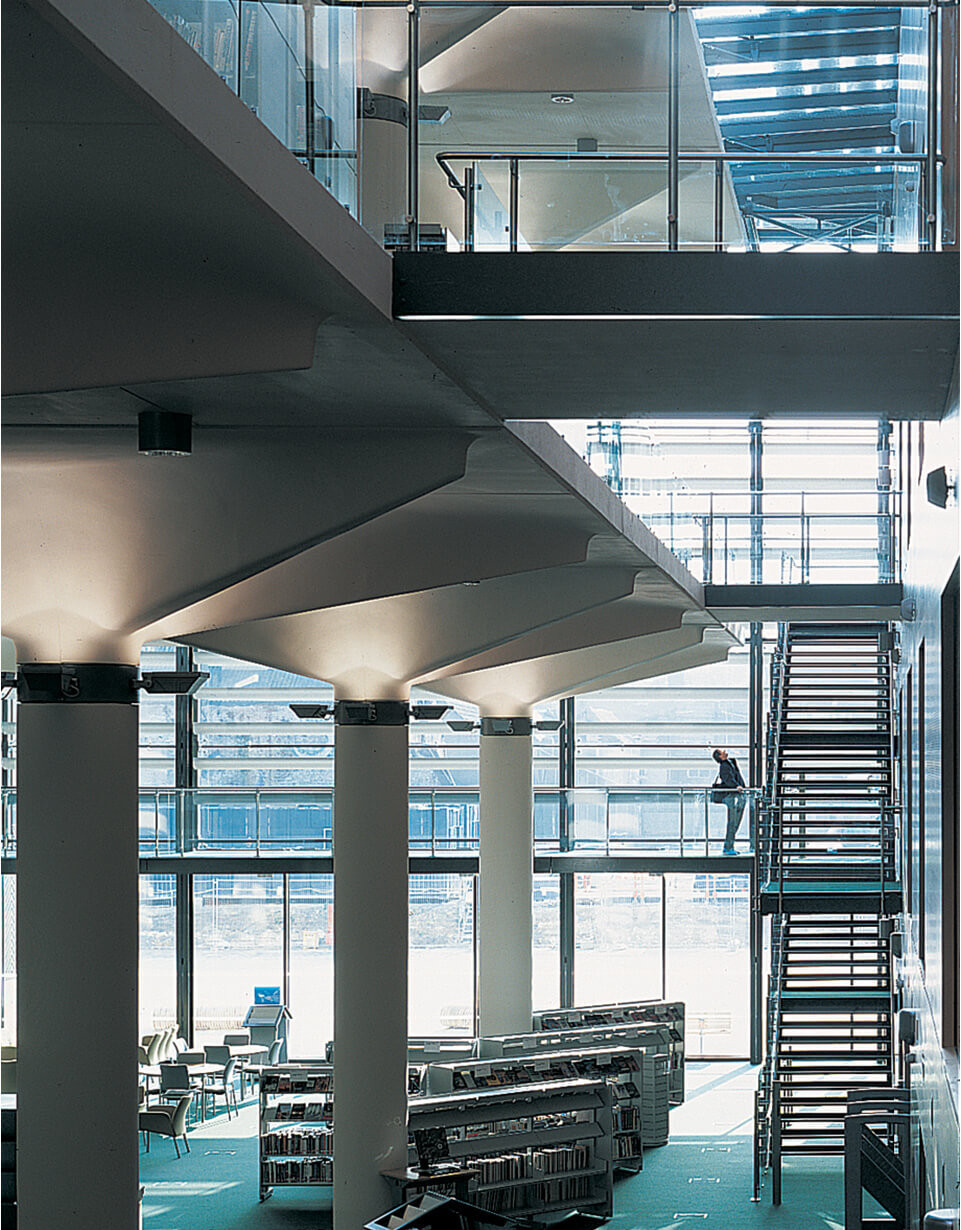 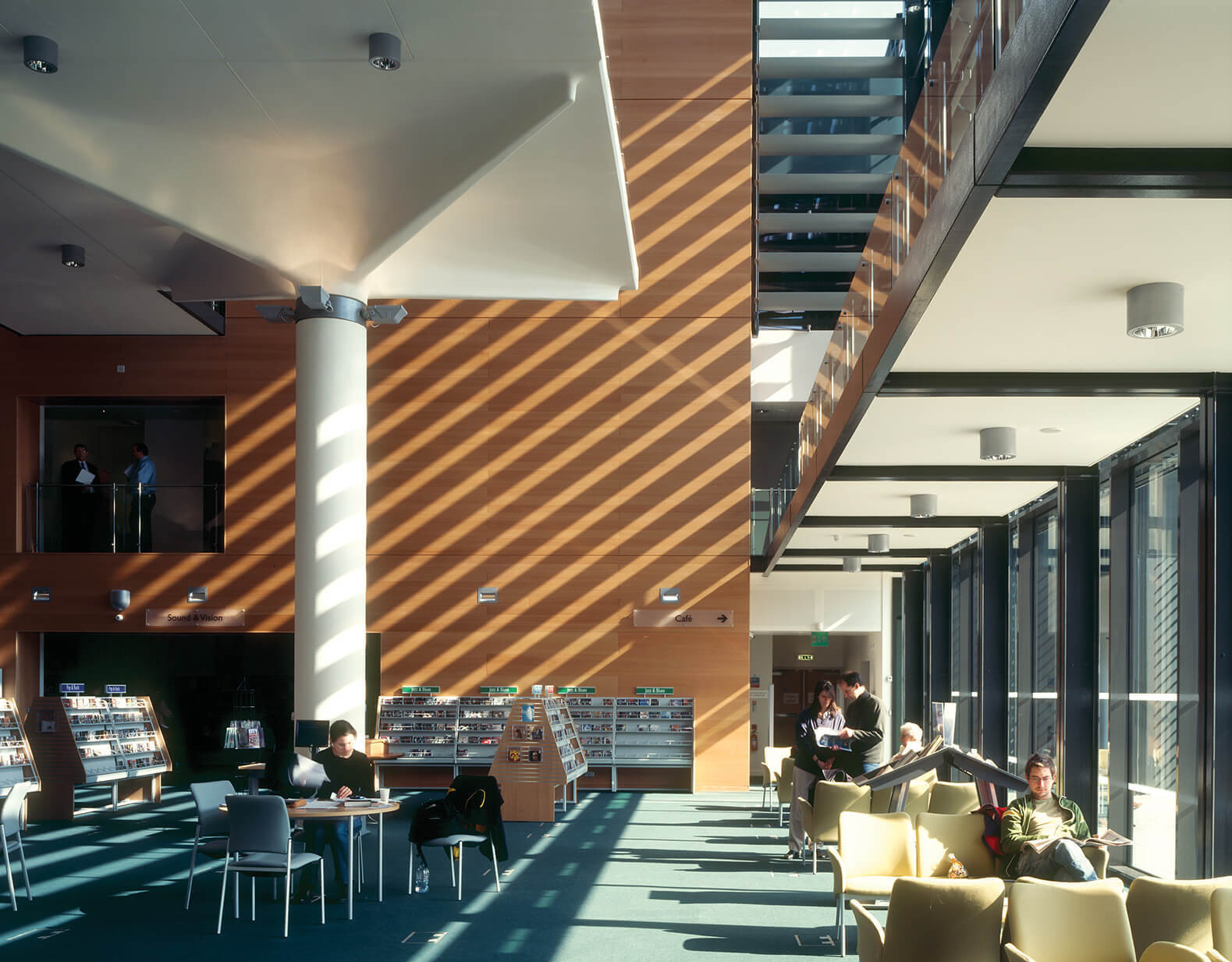 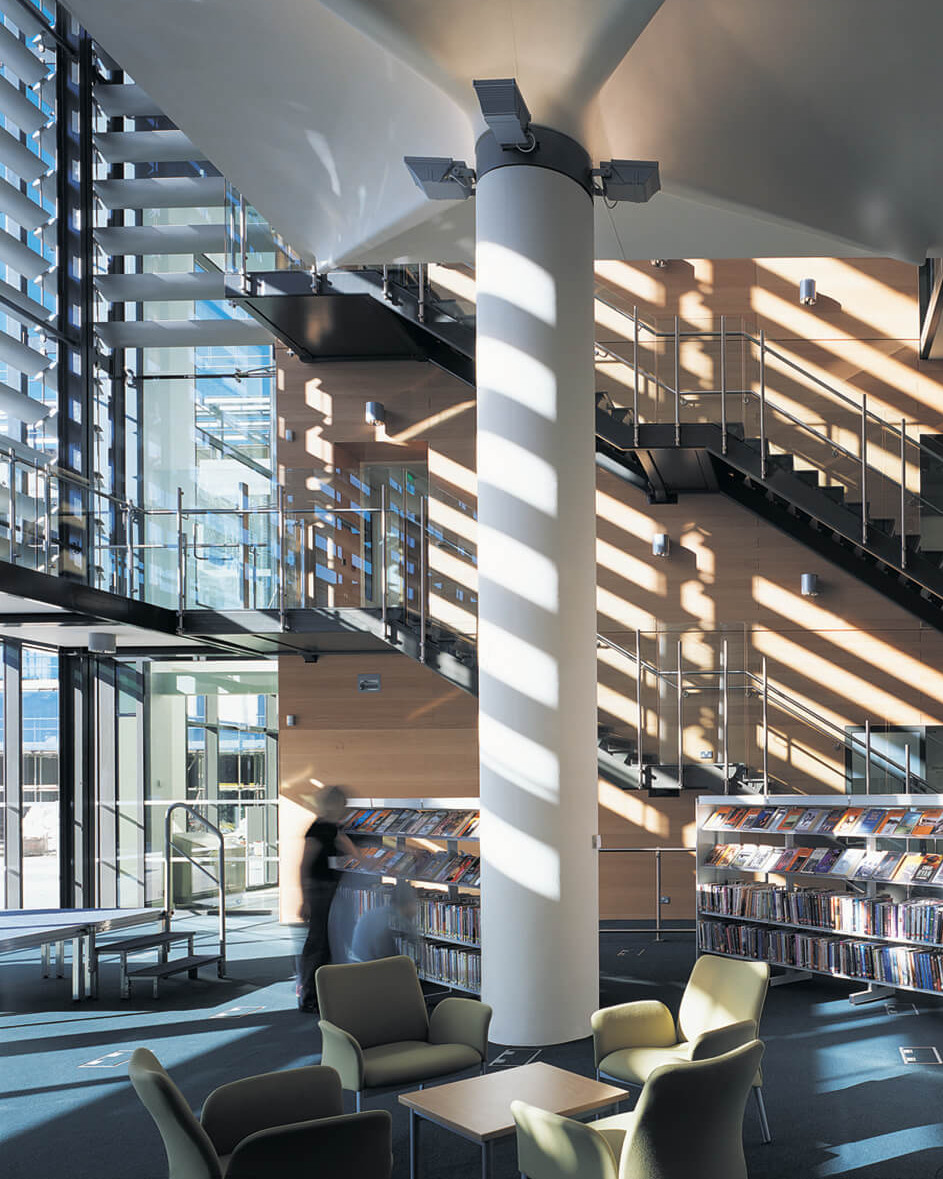 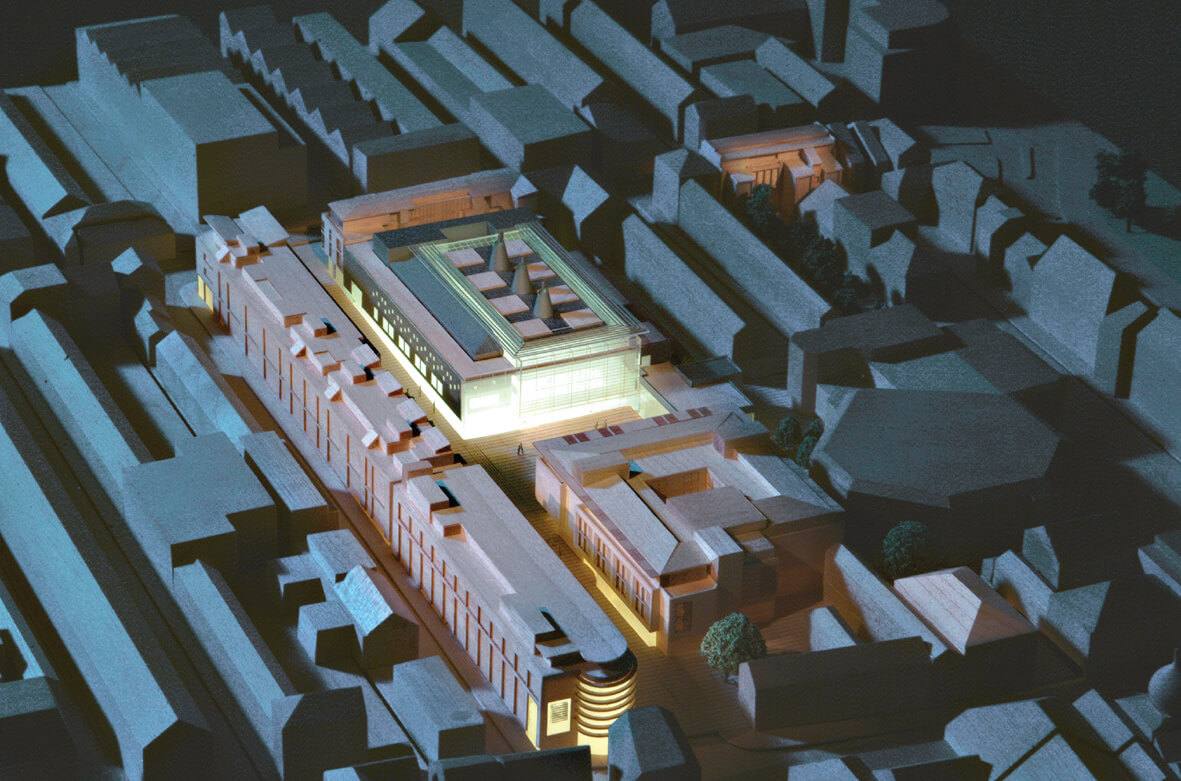 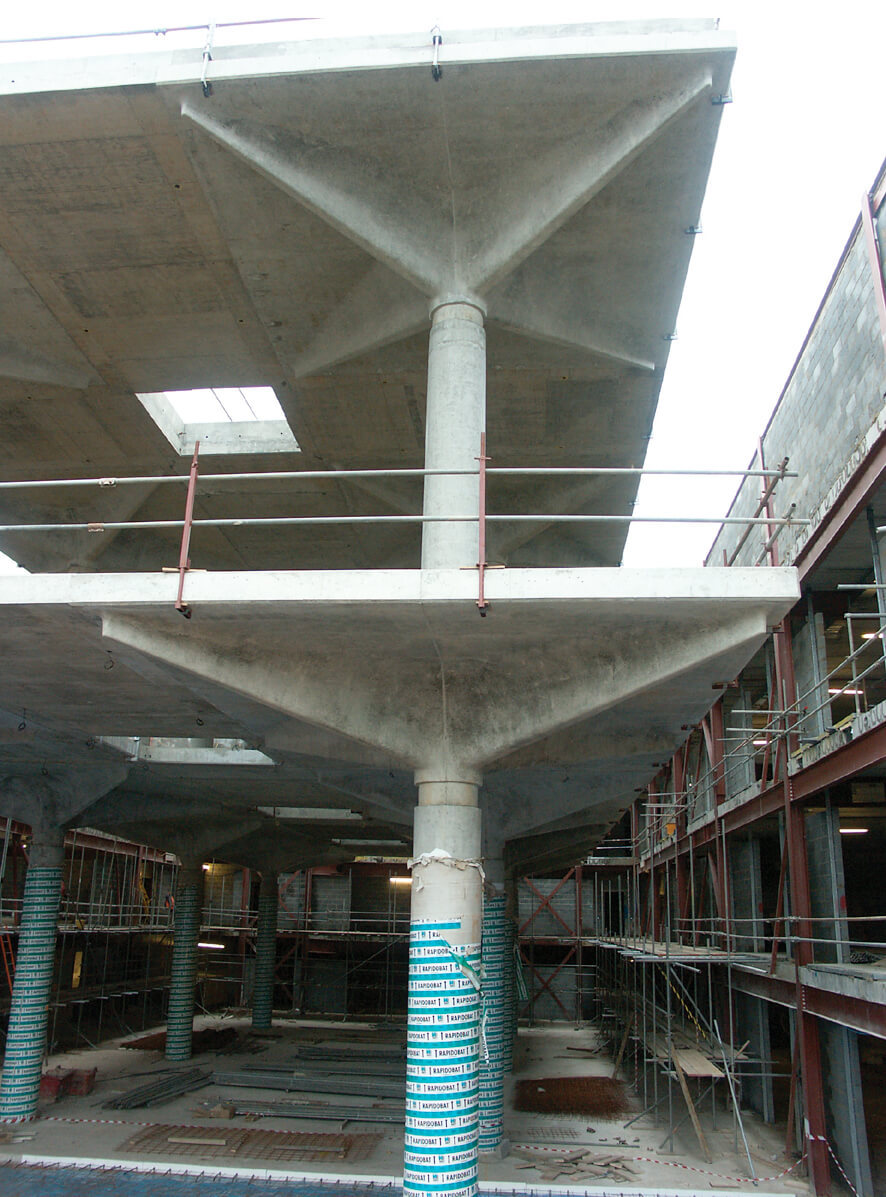