Storyhouse is housed in the redundant shell of a 1930s Odeon in the centre of Chester. The project presented an opportunity to create an innovative city-centre public building which will be open 12 hours a day, re-occupying the art deco cinema interiors and re-inventing the way a city library is used and perceived.

Storyhouse aims to connect people through storytelling, and brings theatre and cinema back to Chester after a decade-long absence, the building includes a large main theatre space with a flytower, a studio, a cinema and a city library with over 700m of shelving throughout the building.

The main cinema volume of the old Odeon had been sub-divided into five screens and many original features had been removed. Stripping out these sub-divisions and the redundant balcony structure revealed an enormous internal volume which retains much of its original streamlined art deco plasterwork which has become the focal point of the new building. Café and bar are at ground level below the new 100-seat cinema screen which is accessed from a new mezzanine level.

The full scale of the proscenium plasterwork which once surrounded the former Odeon’s screen is now visible. With the screen removed, the foyer space now continues right through the old proscenium opening to reveal the brick-clad main auditorium of the new-build theatre which was built as a new extension. Red-painted steel stairs and walkways giving access to the theatre and the studio theatre above are suspended like theatre scenery in the glazed gap between the old and new buildings.

The new extension containing the theatre and studio is conceived as a companion piece to the Odeon. The main auditorium and flytower volume which form the armature of the extension are clad in brick, steel-framed audience circulation walkways flank the brick auditorium enclosed by glazed cladding. The main theatre itself is designed to operate as an 800-seat theatre with a programme of touring productions for some of the year, but is reconfigurable to a 500-seat thrust-stage. The 150-seat studio sits on a series of steel transfer beams and columns which provide acoustic isolation. Clad in copper, it creates a distinct element on the skyline. 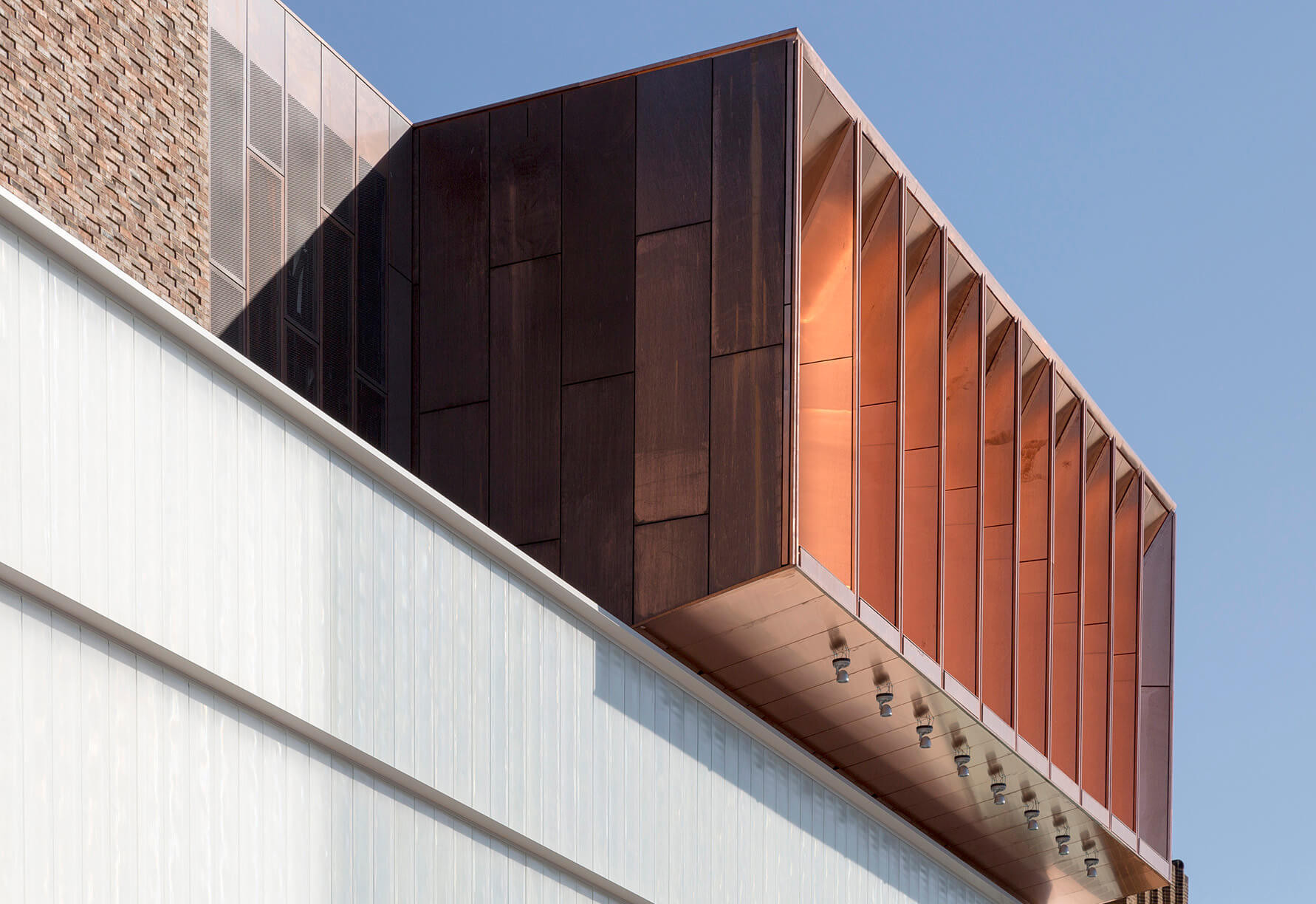 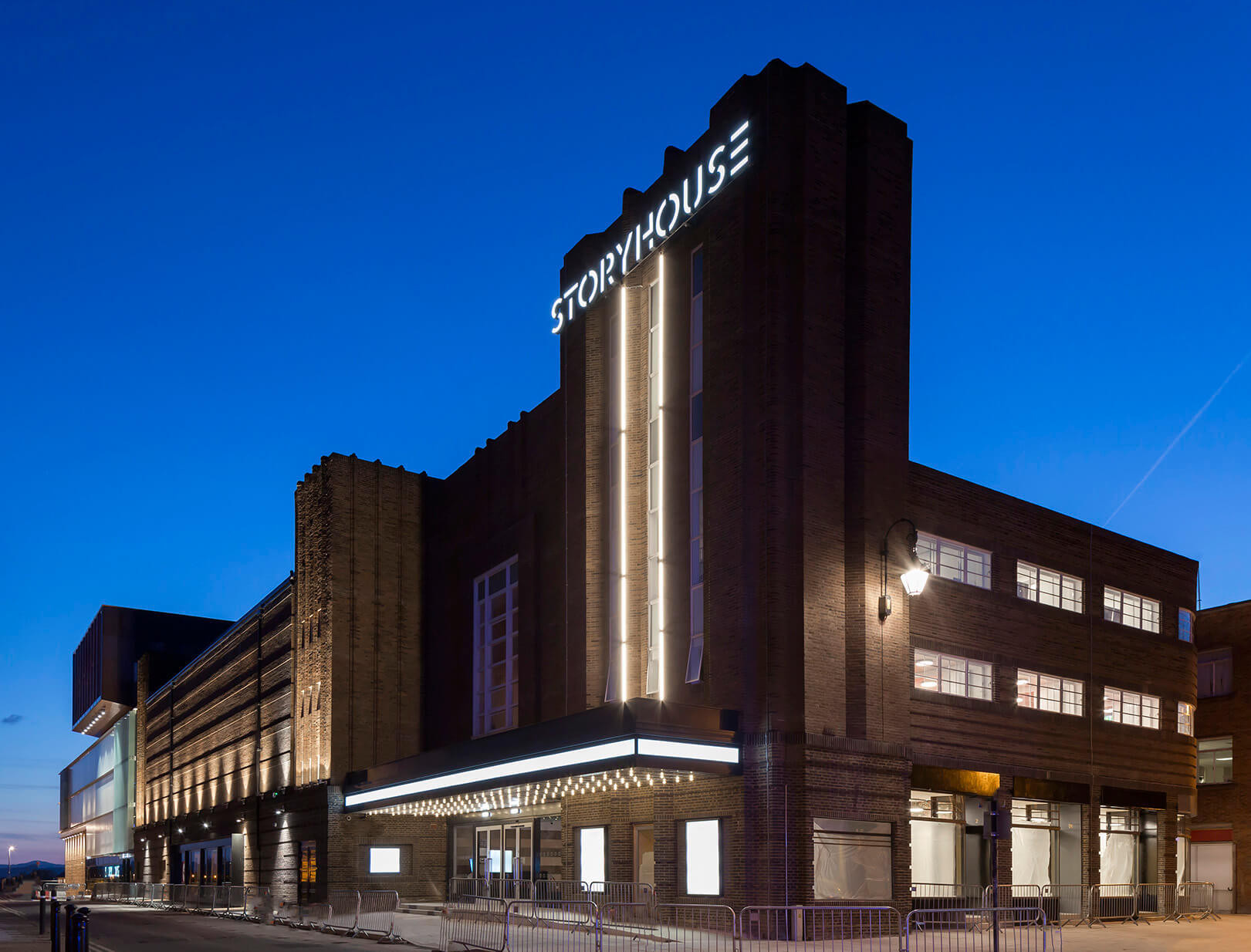 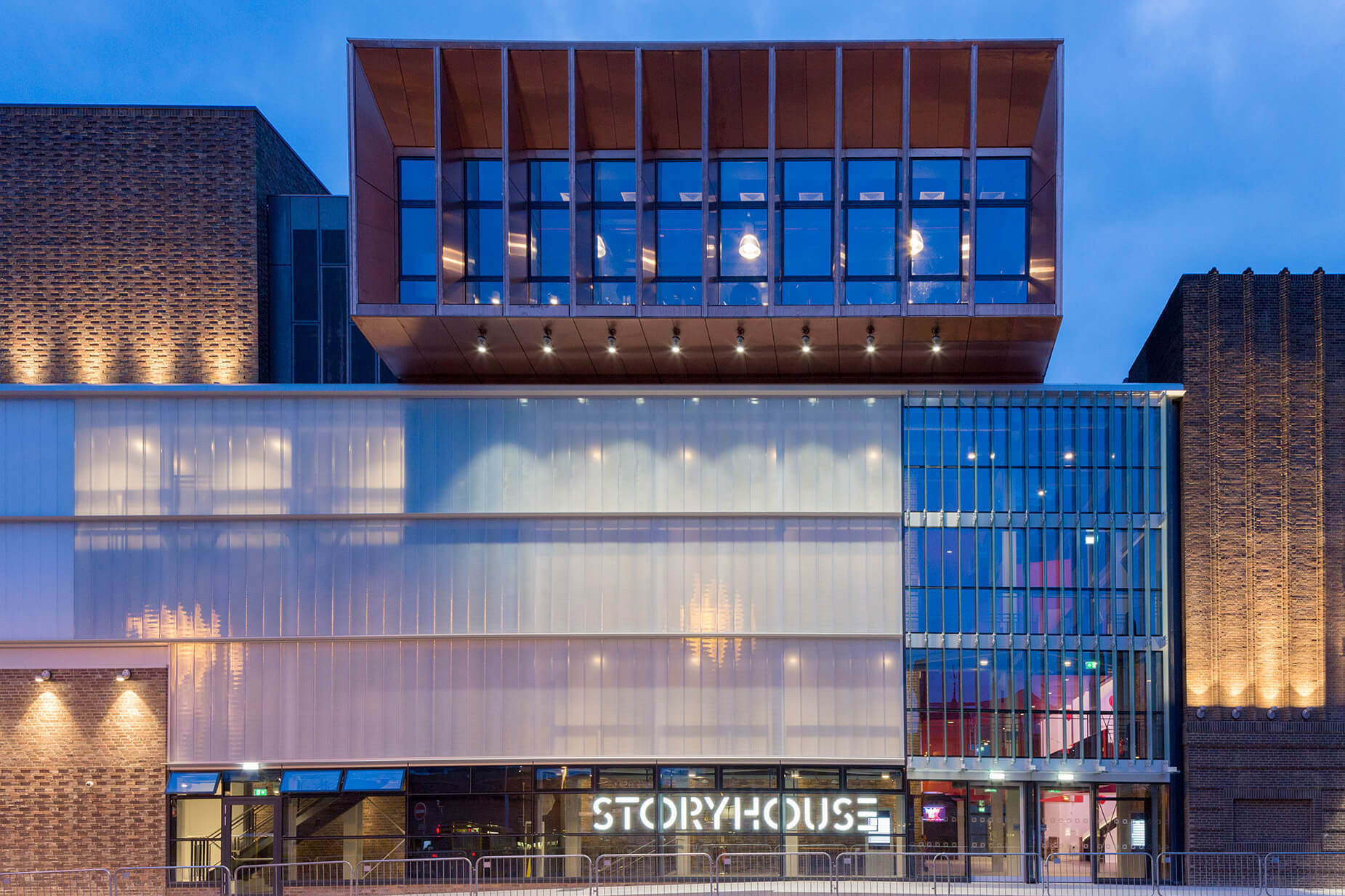 “One of the most exciting projects in England at the moment… A powerful, modern, forward-thinking vision.” 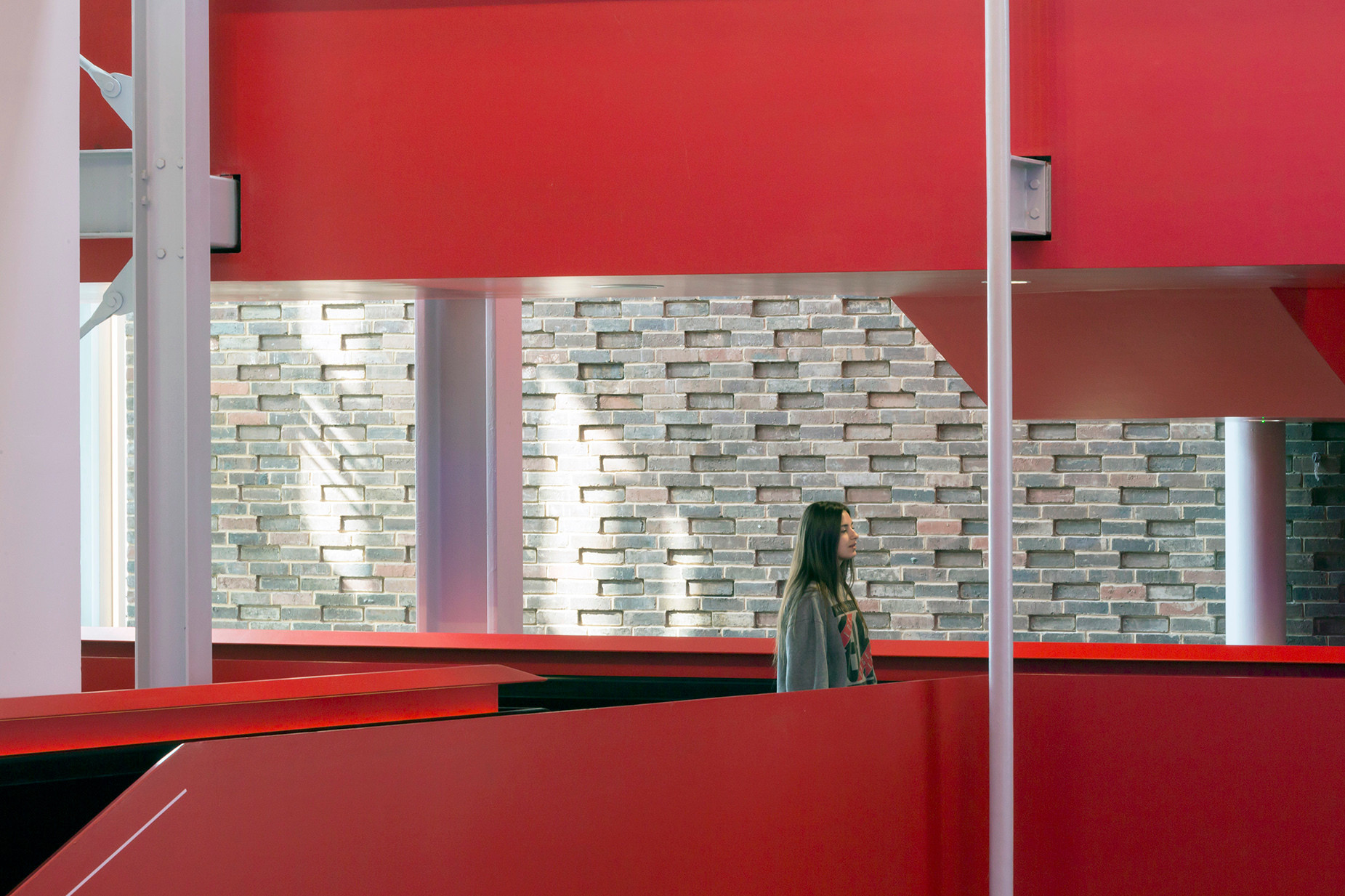 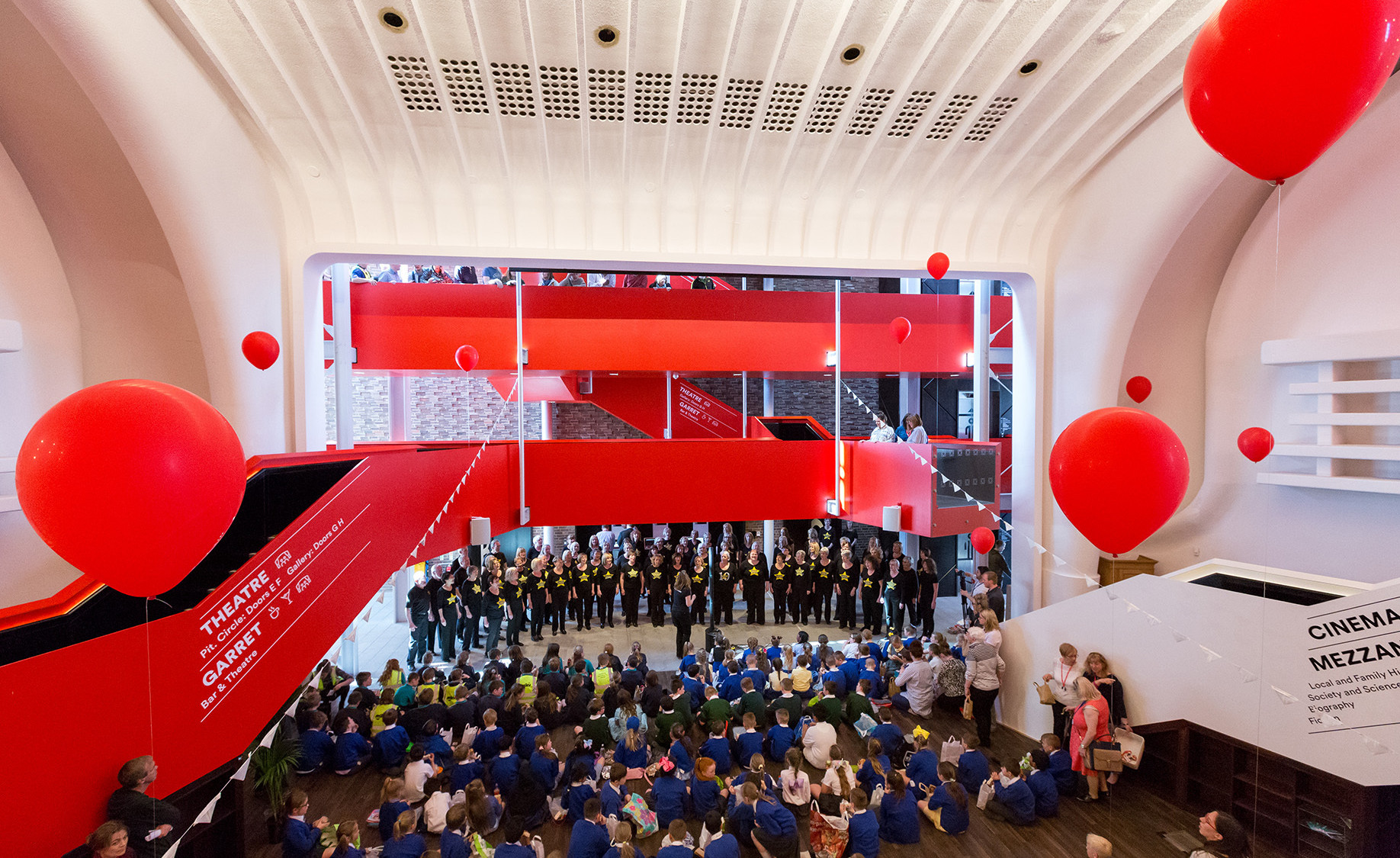 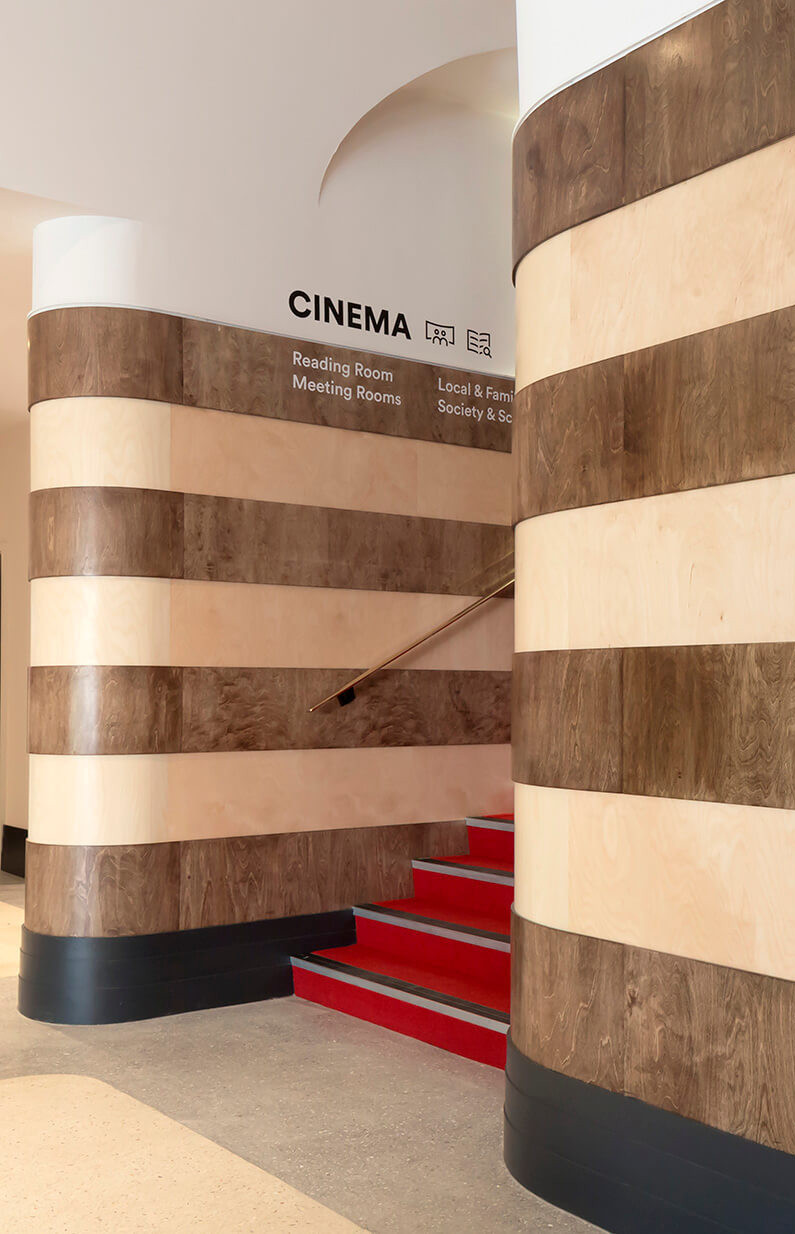 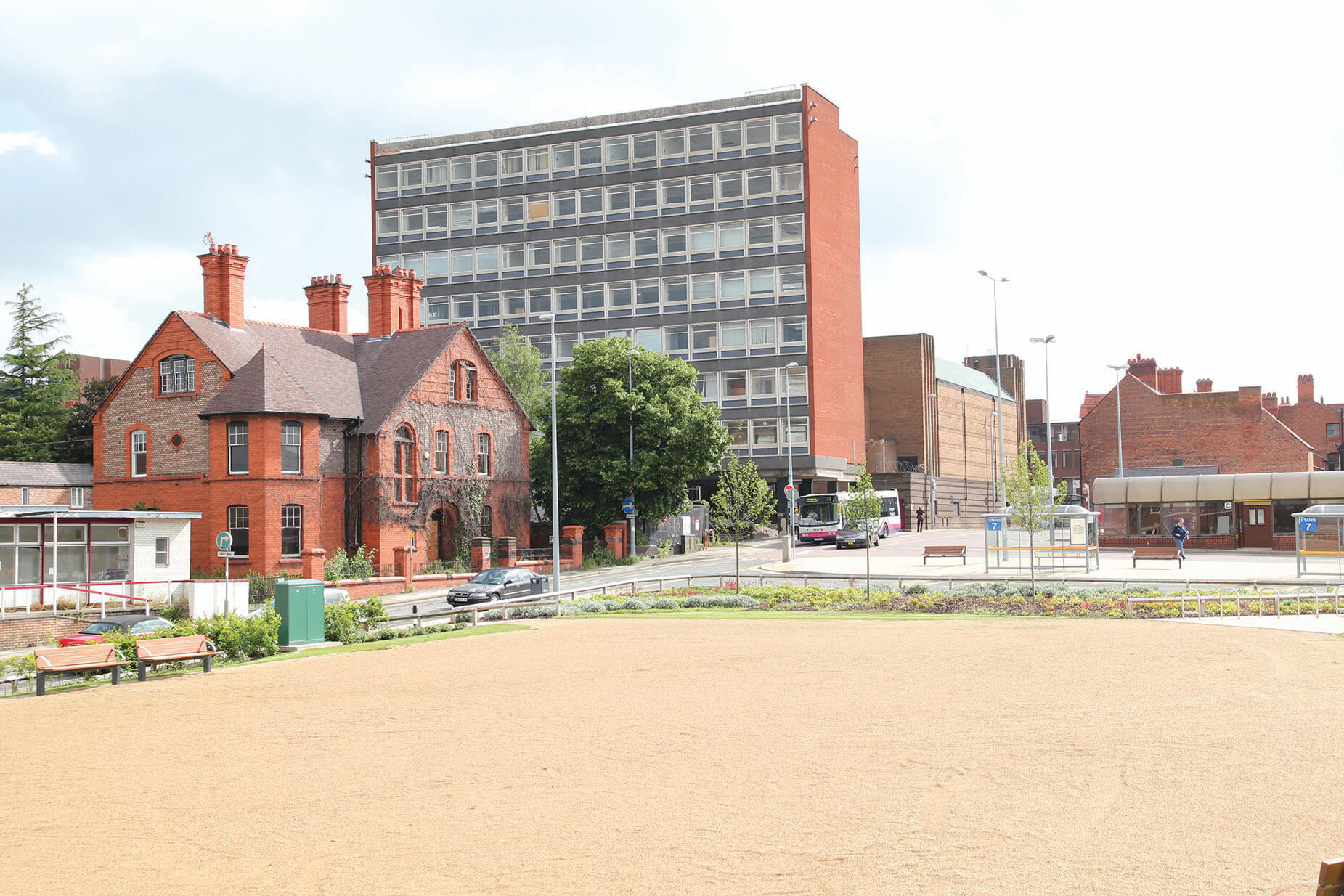 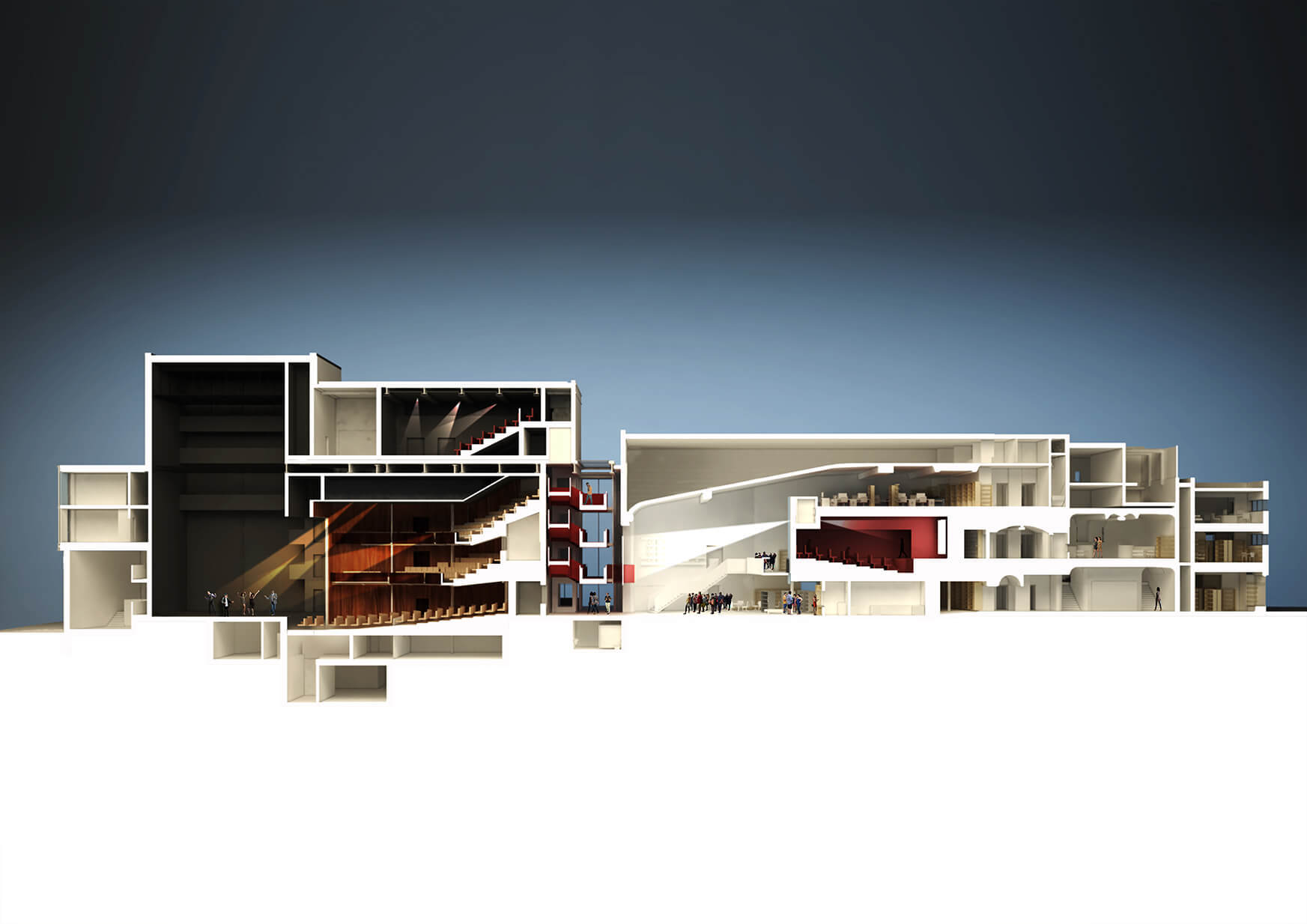 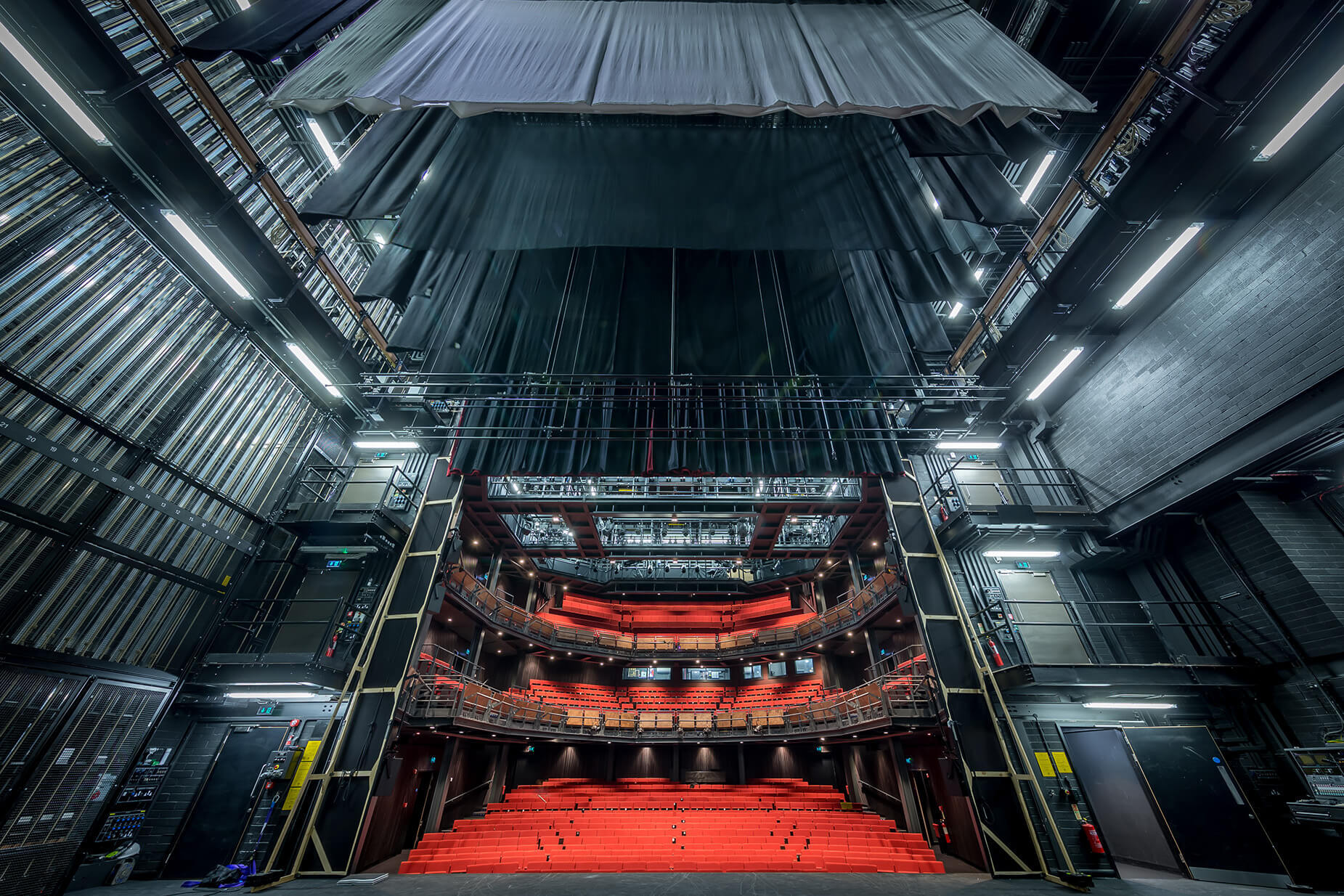 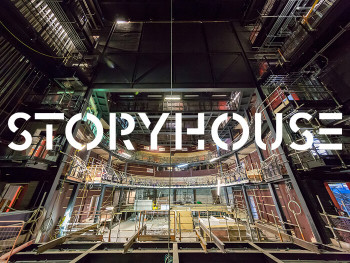 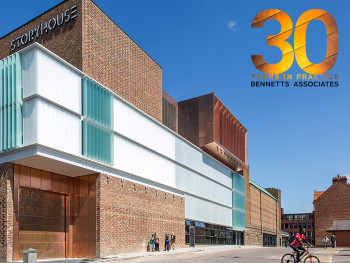 08.05.2017
(30 Years in Practice event): the City of Chester is celebrating the opening of Storyhouse this week 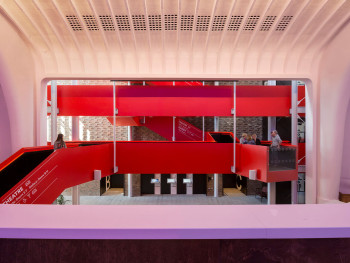 Storyhouse in The Observer 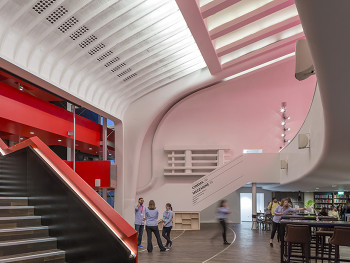 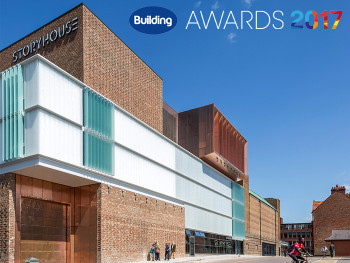 08.11.2017
Storyhouse has won Refurbishment Project of the Year at the 2017 Building Awards 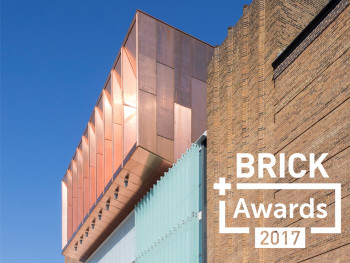