The transformation of the Grade II* listed home of Shakespearean theatre was completed in November 2010. Won through international competition, this prestigious project involves construction of a new ‘thrust stage’ main auditorium and remodelling of public and back-of-house spaces whilst retaining the art deco interiors of the existing foyers. Its public spaces are accessible and welcoming, and its relationship with the town of Stratford-upon-Avon has been reinvigorated by the creation of the tower, new external spaces and routes.

The design has sensitively incorporated the most significant remains of the earlier theatres which stood on the site and retained their character.

On the urban side of the building, a glazed colonnade allows the two theatres to be connected for the first time and a lift/stair tower forms a 33m high viewing gallery. Together with the existing picture gallery, the tower and the colonnade define a new public square that acts as a gathering point and a venue for external performance.

The project also provides multi-purpose workshop/admin space within the existing Royal Shakespeare Company campus. A sequence of routes and vistas will eventually connect the new square to the heart of the campus and New Place Gardens beyond. The creation of squares, routes, public spaces and a new landmark means that this is as much about the public realm as it is about a new auditorium for the performance of Shakespeare. 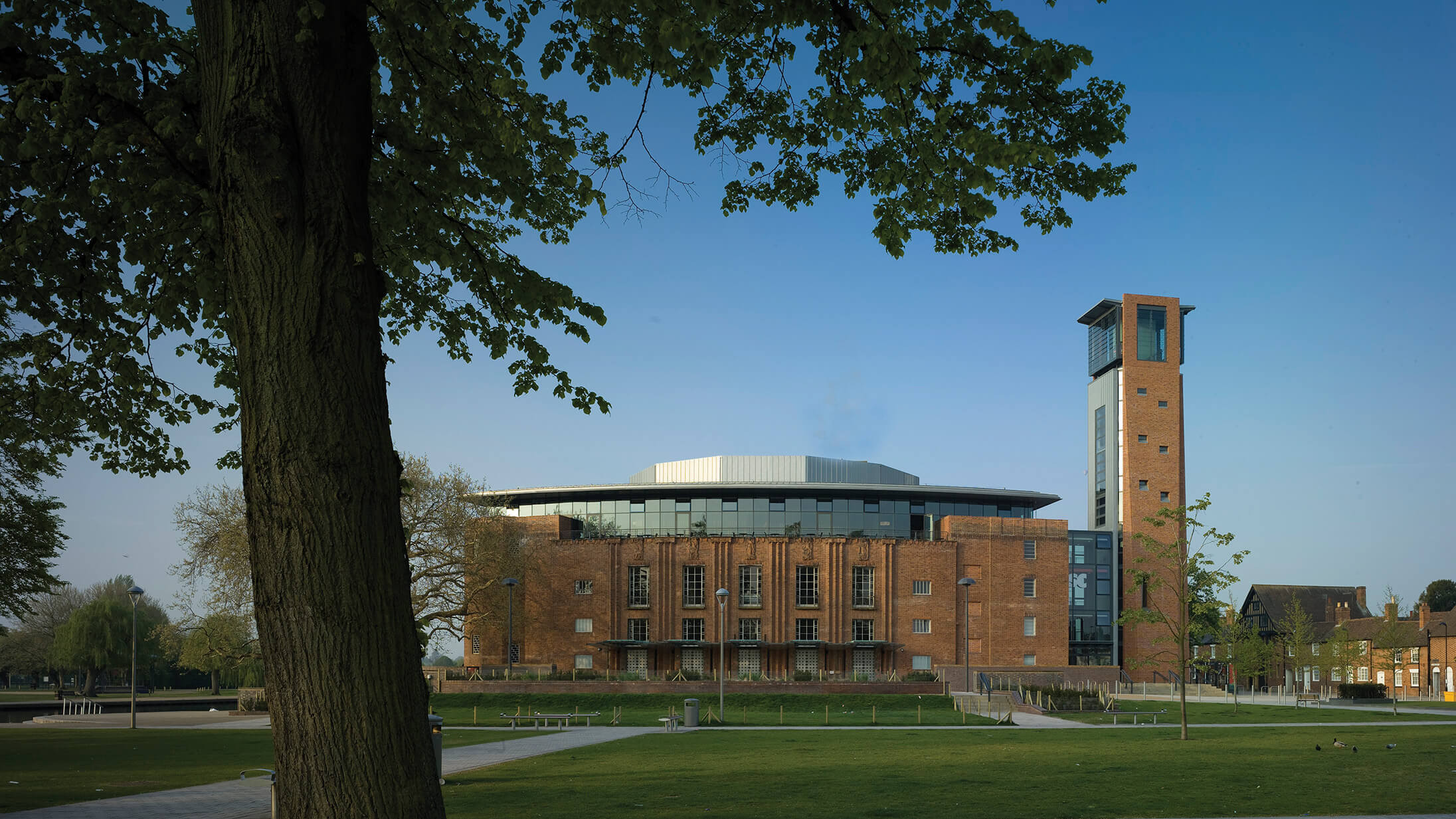 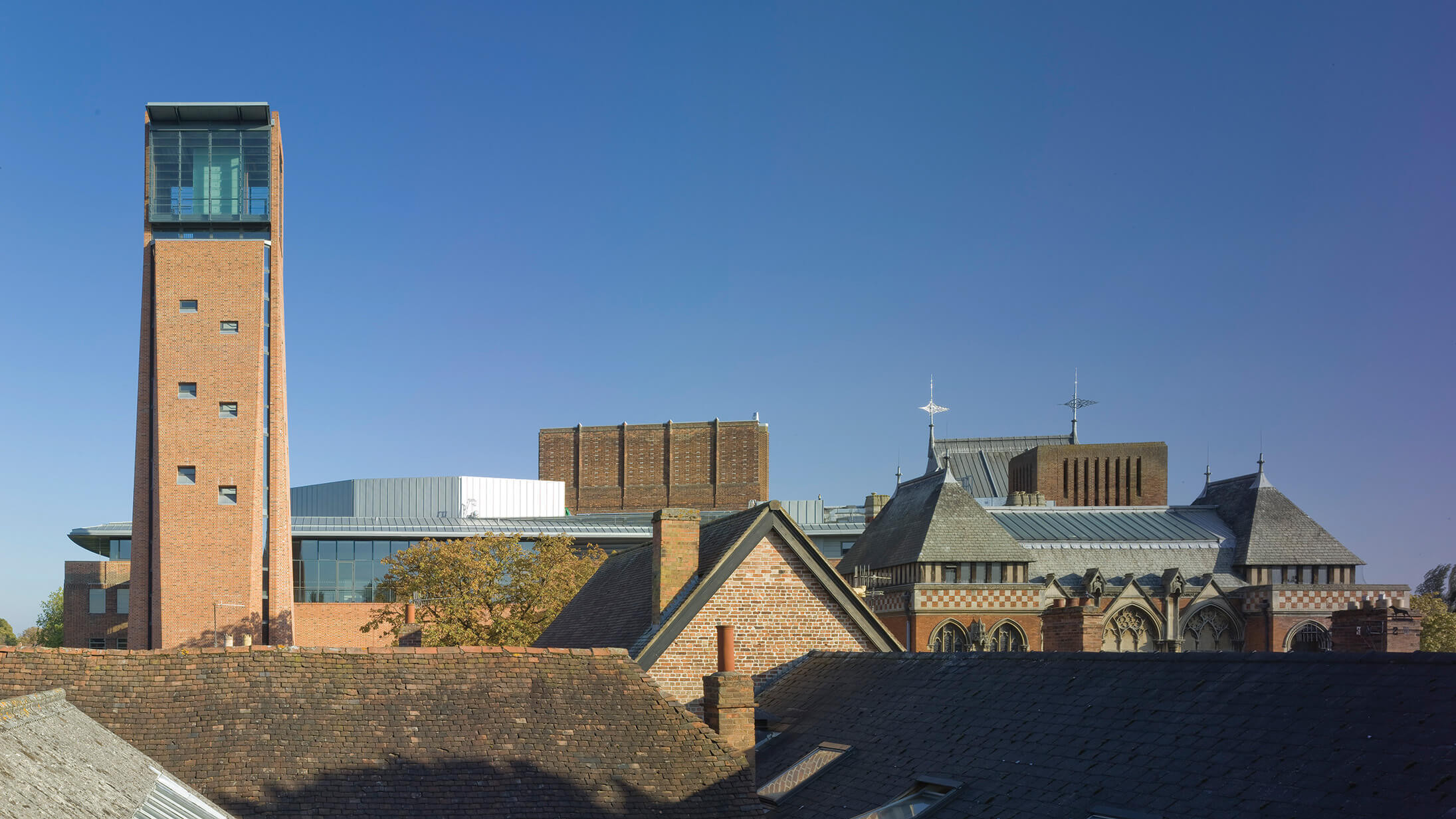 “A pair of Shakespearean theatres linked together with a weave of empathetic new architecture, creating a convincing and effective whole.” 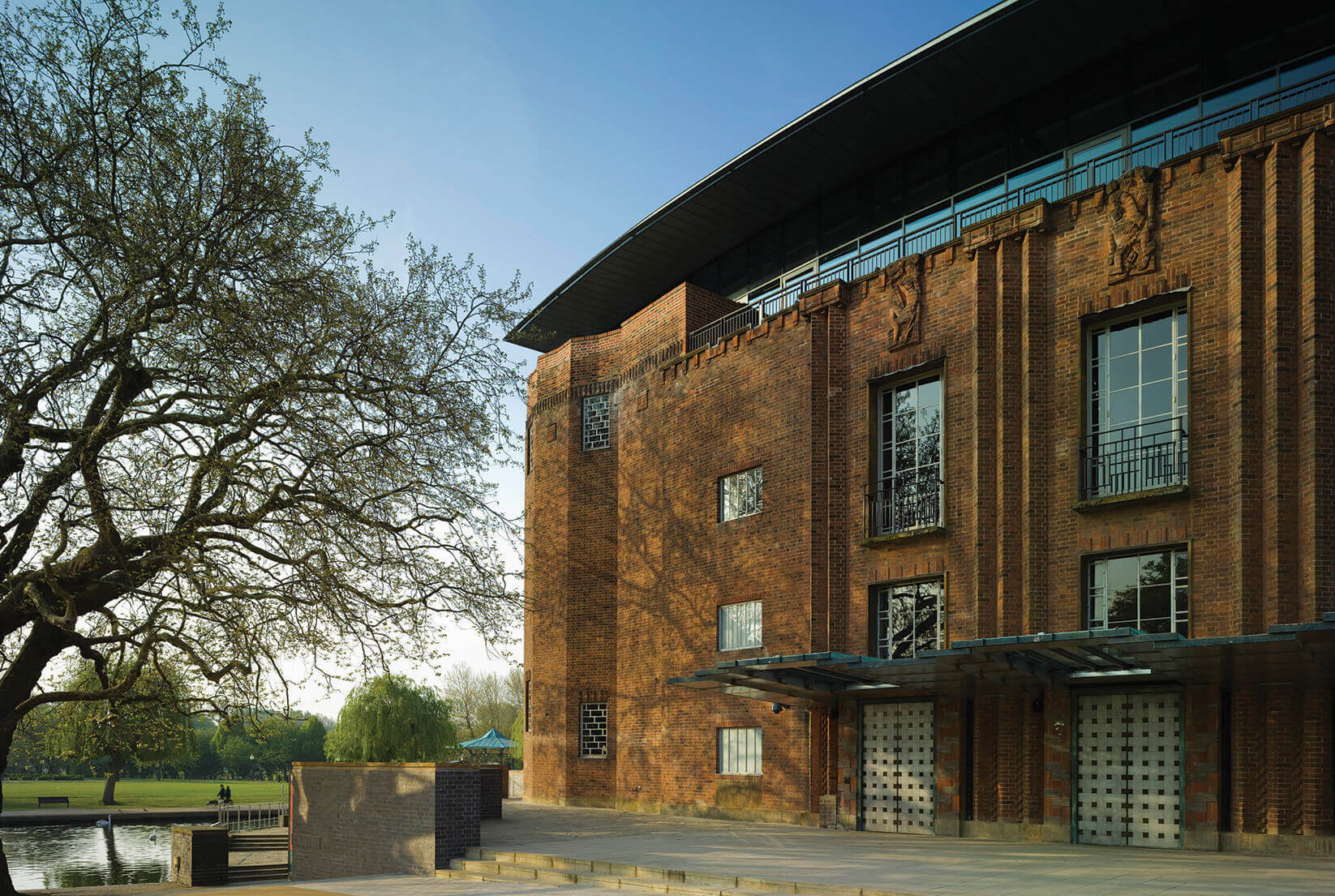 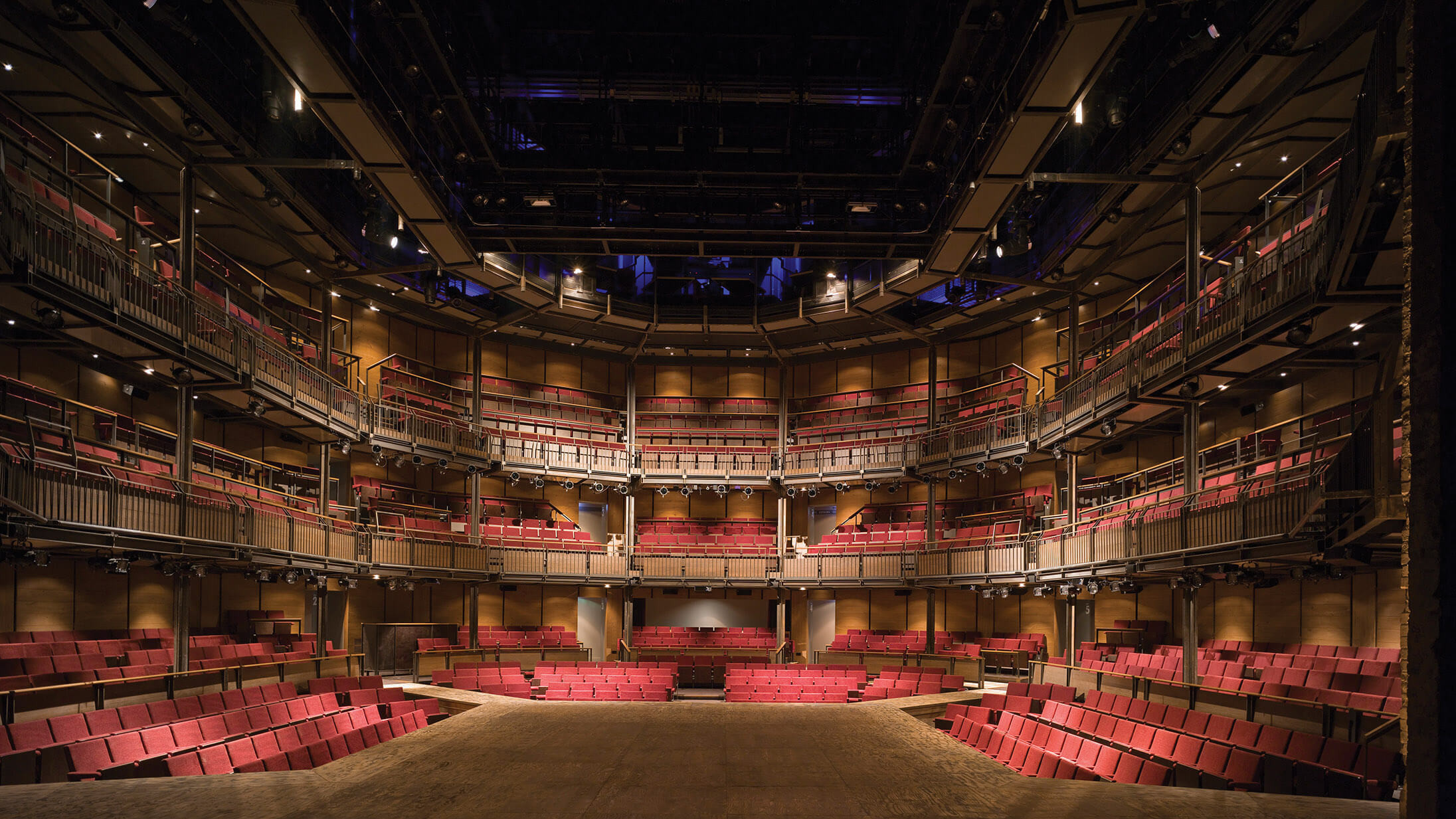 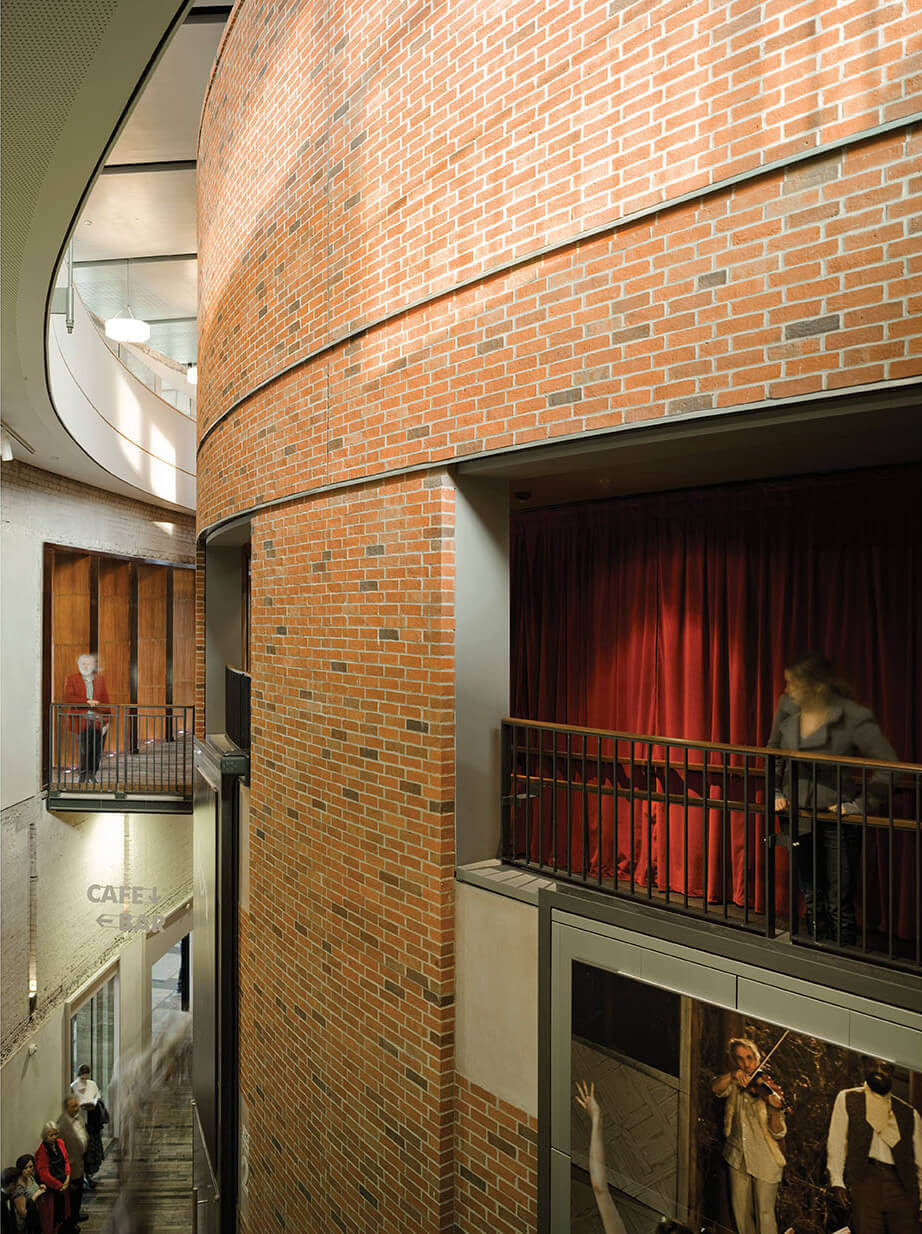 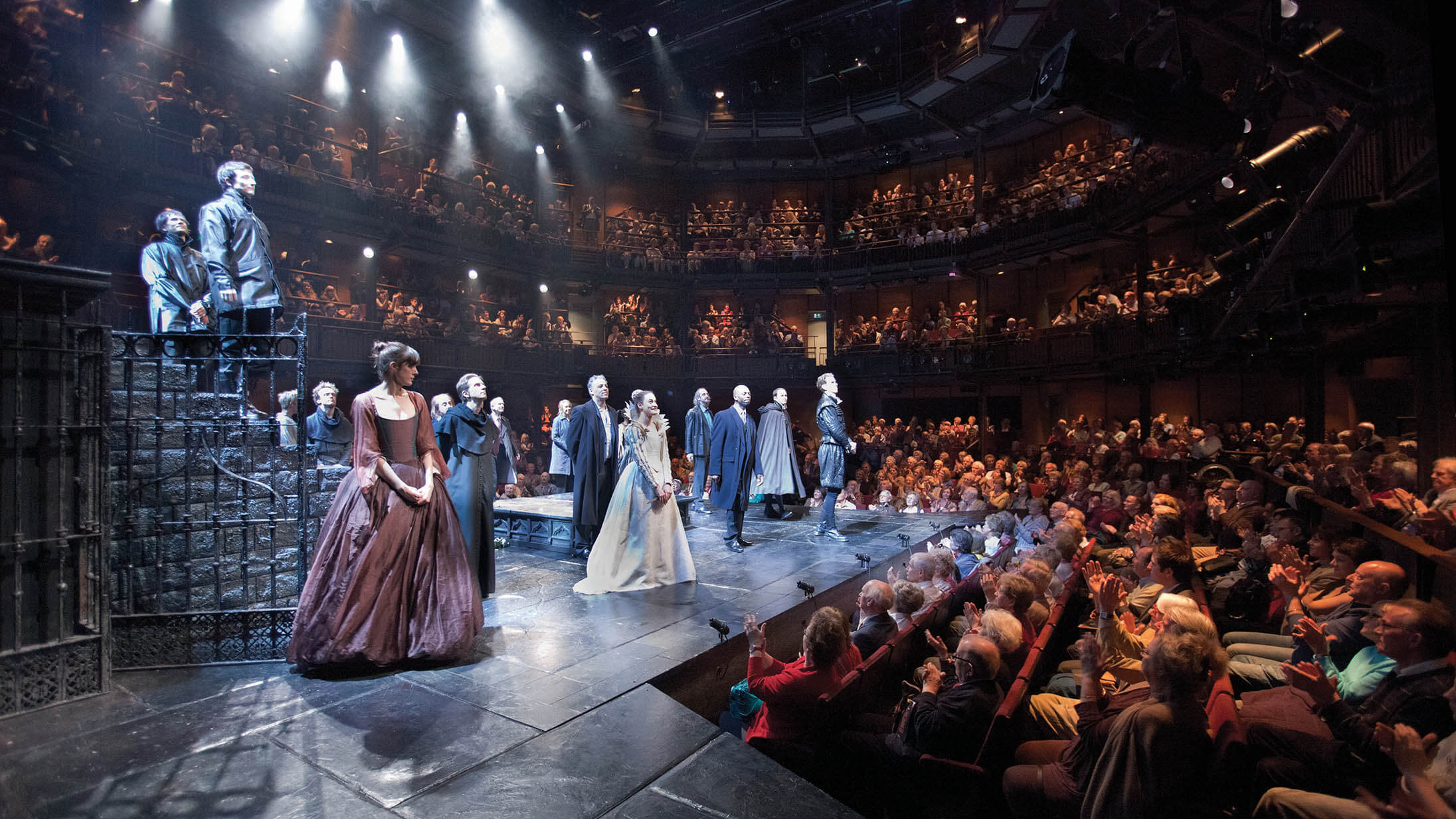 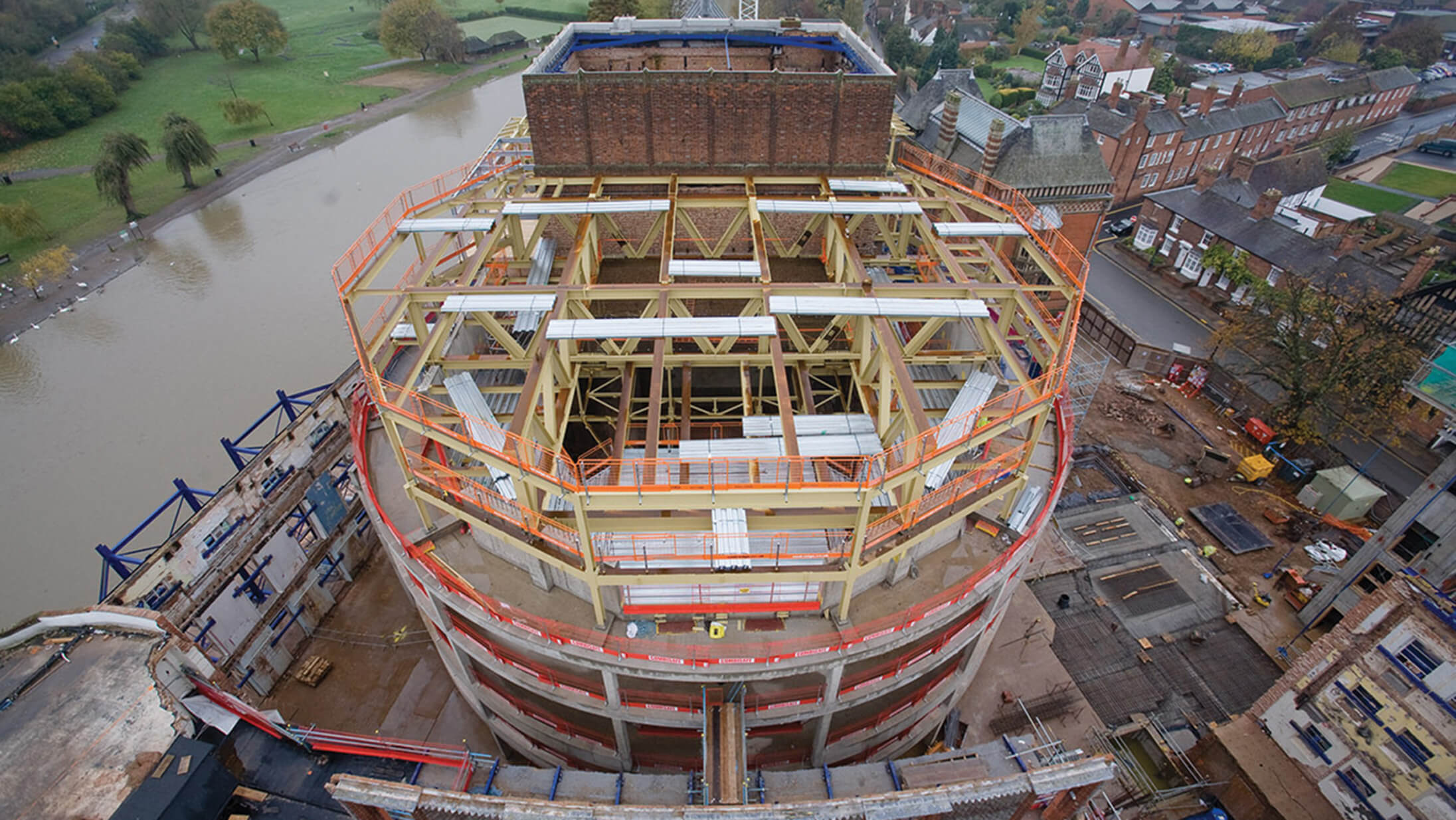 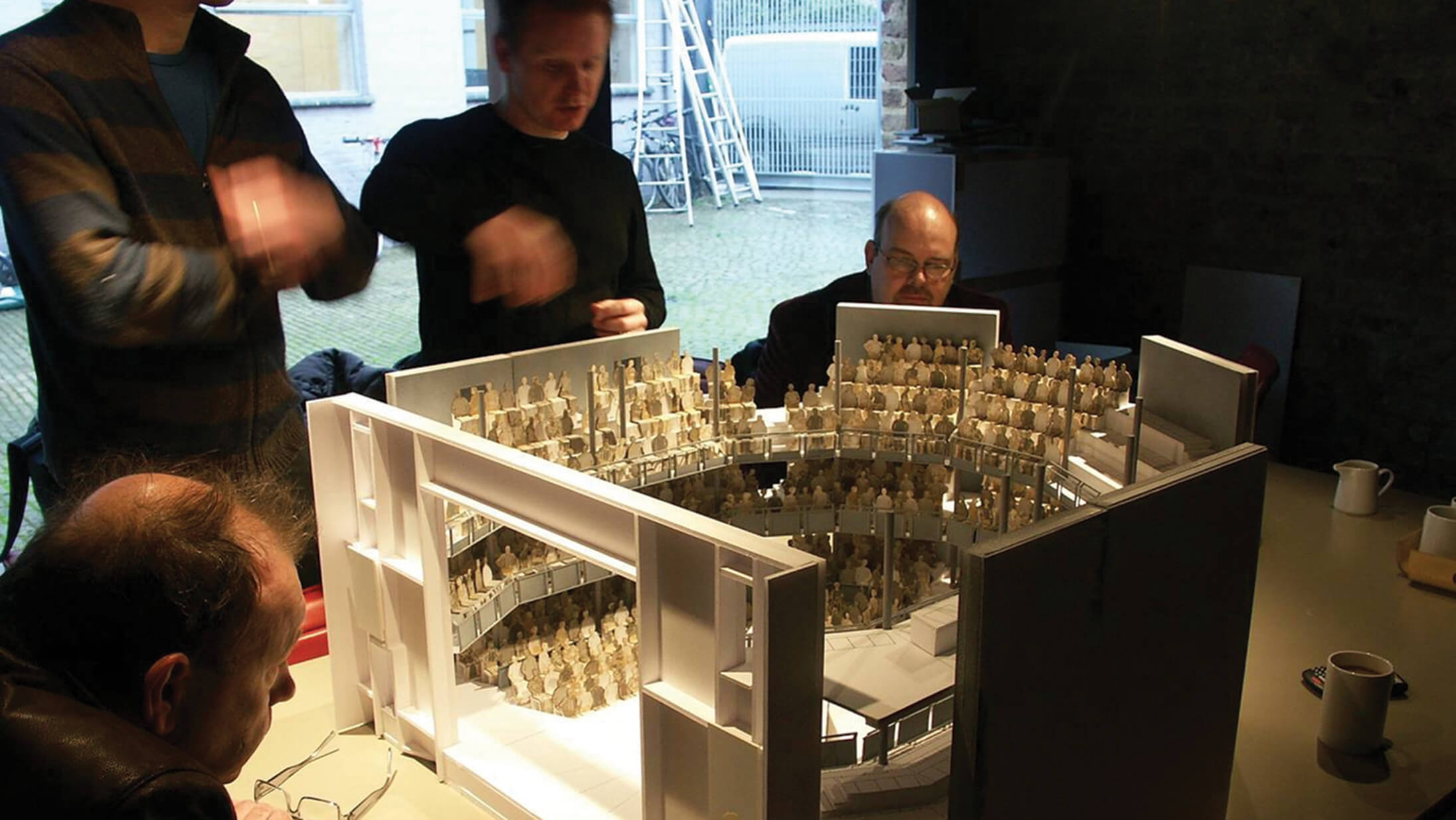 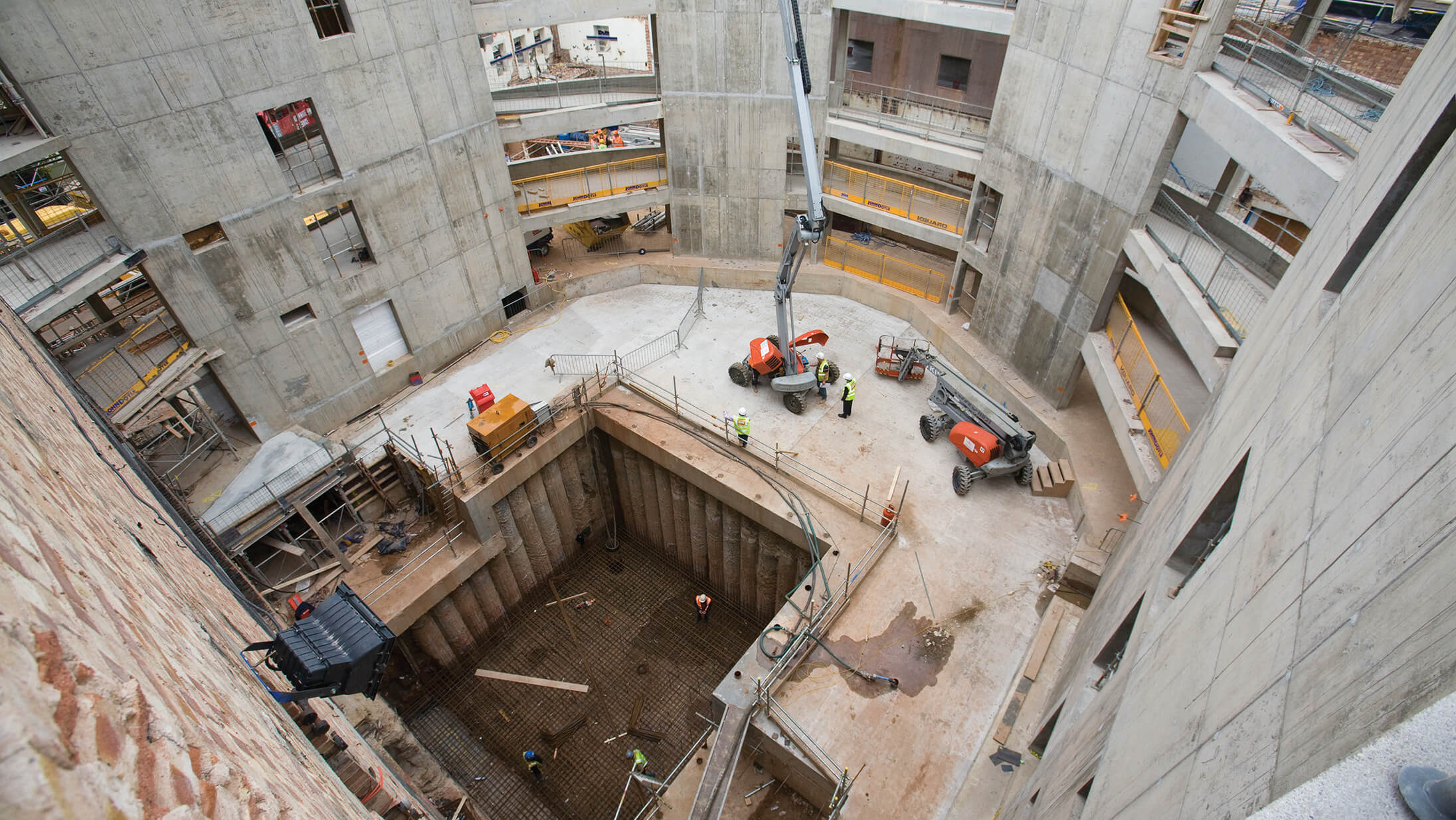