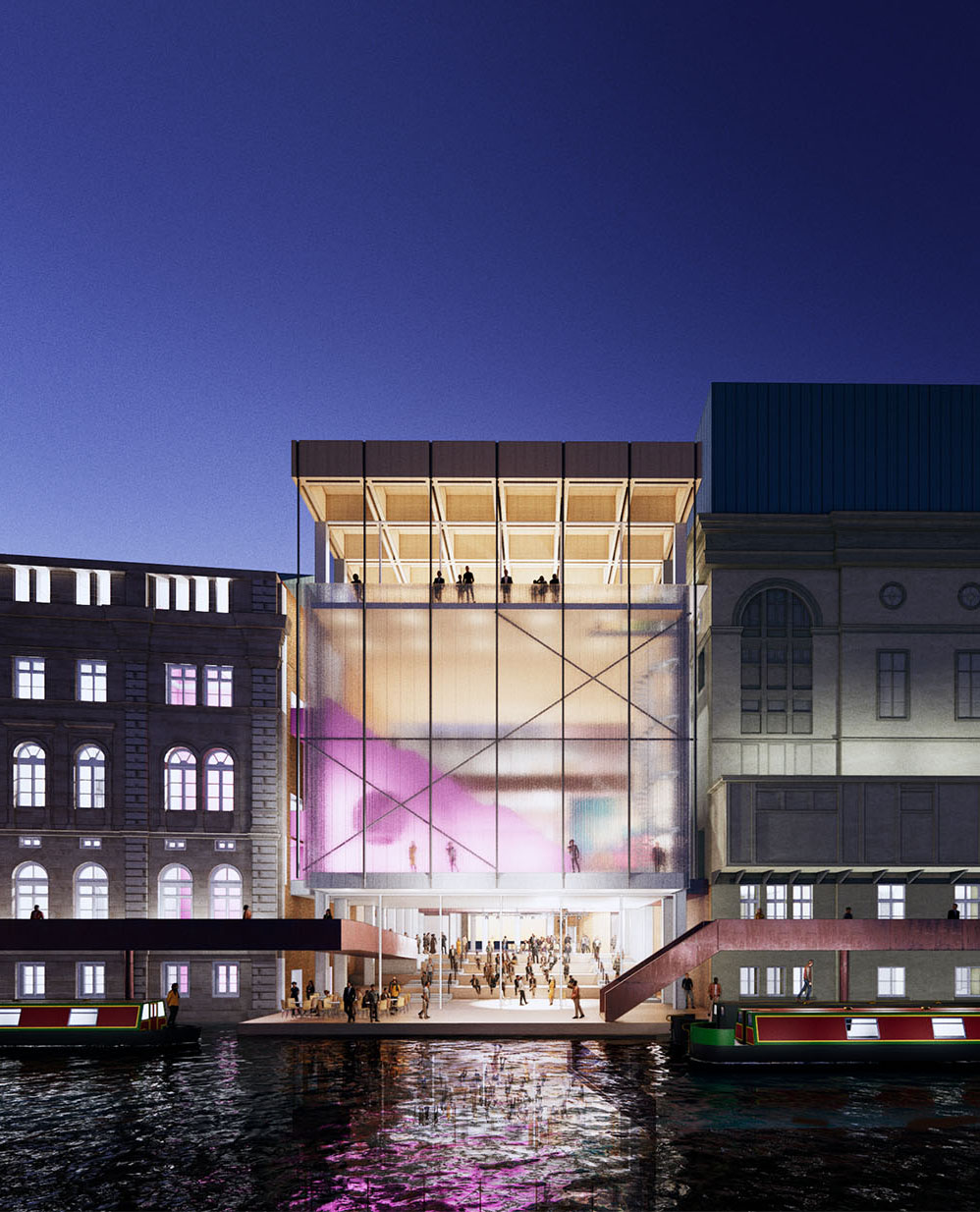 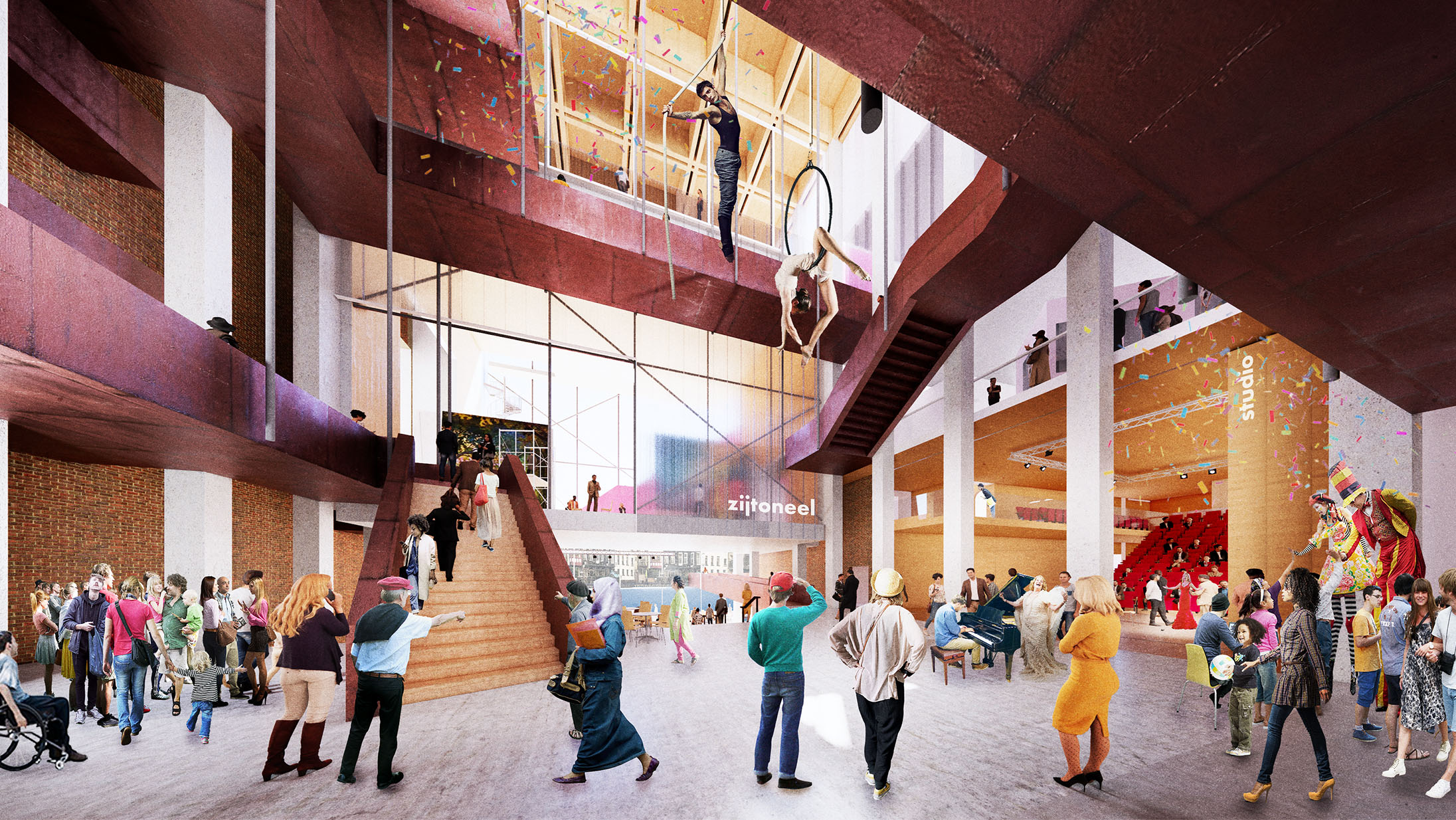 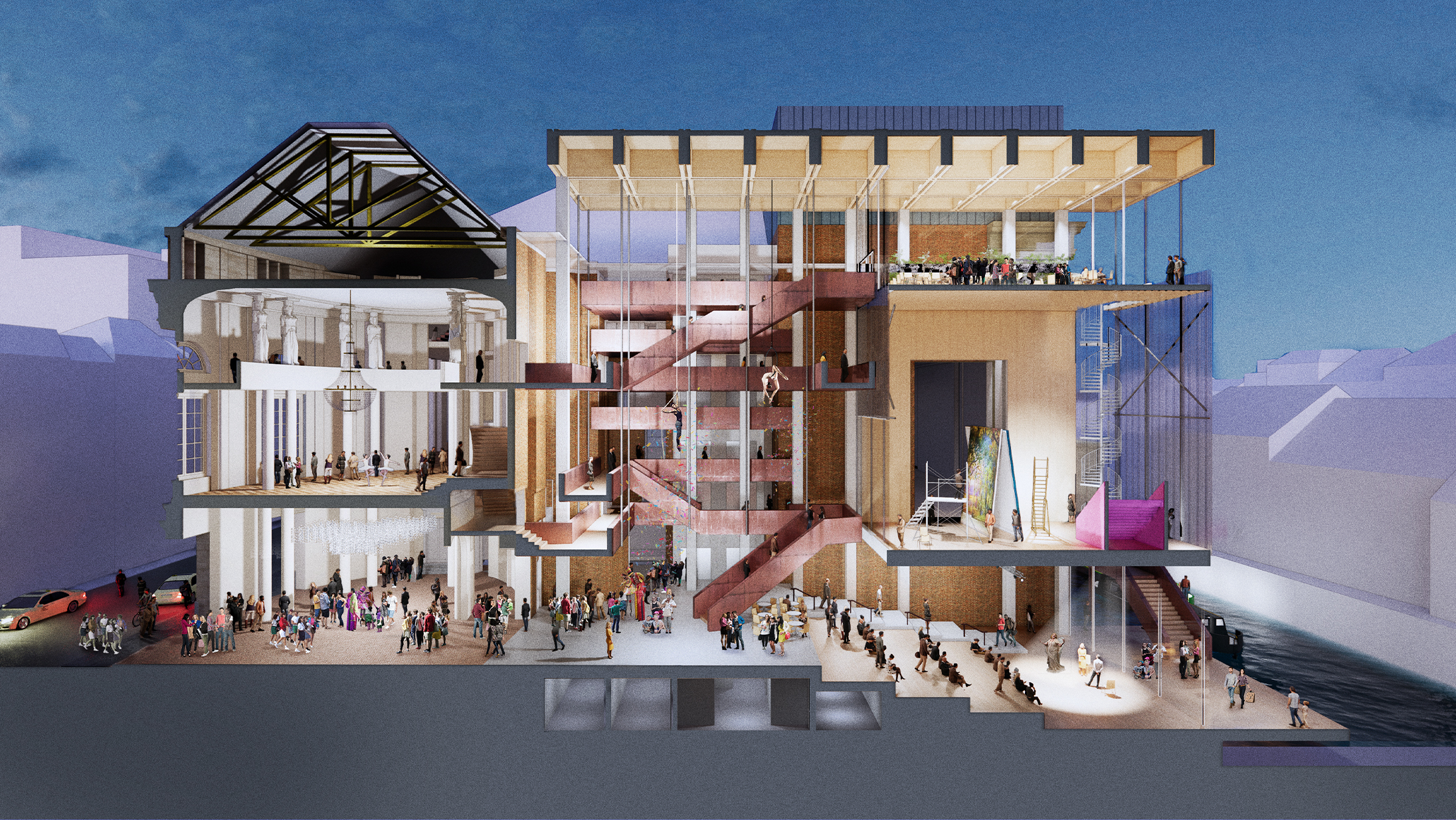 Bennetts Associates was shortlisted in November 2018 to develop a masterplan and multidisciplinary design for the Opera in Ghent, Belgium, to become a Music and Performing Arts Centre, transforming the site from a production centre into a well-equipped performance venue for several cultural partners.

Our ambition was to radically change the perception of opera and ballet from exclusivity to inclusivity, and create a welcoming all-day destination at the Opera. The design proposal revolves around a new social space at the heart of the site that features views onto the canal, surrounded by new stairs and walkways, which provide generous access to new infrastructure. This would offer a rehearsal room, a studio theatre, and rooftop restaurant, while also integrating the historic ball rooms and glimpses behind the scenes of the performances into the visitor’s experience.

We were selected from 49 teams alongside four other practices: OMA, Kempe Thill & Origin, Happel Cornelisse Verhoeven & Julian Harrap Architects and DRDH Architects & BAS / Dirk Jaspaert. The project will be developed by the building owner, Ghent City Council, in partnership with its main occupier, the Opera Ballet Vlaanderen.

The opera house in Ghent was built in the social and commercial heart of the city in 1840 by architect Louis Roelandt and extended at the beginning of the 20th century by city architect Charles van Rysselberghe. Rich Ghent industrialists initiated the building of a new and luxurious opera house with ornate interiors decorated by Parisian painter-decorators J. Philastre and Ch. Cambon. It was meant to be the showcase for their newly acquired wealth and no expense was spared. In the splendid horseshoe-shaped theatre, being seen was just as important as seeing.

The unique L-shaped public section includes a peristyle, three ballrooms (Foyer, Redoute and Lully) and a theatre with 969 seats.

15.01.2019
Bennetts Associates is on the shortlist to redevelop the Opera House in Ghent, Belgium with Callebaut Architecten, Bureau Bouwtechniek and Charcoalblue