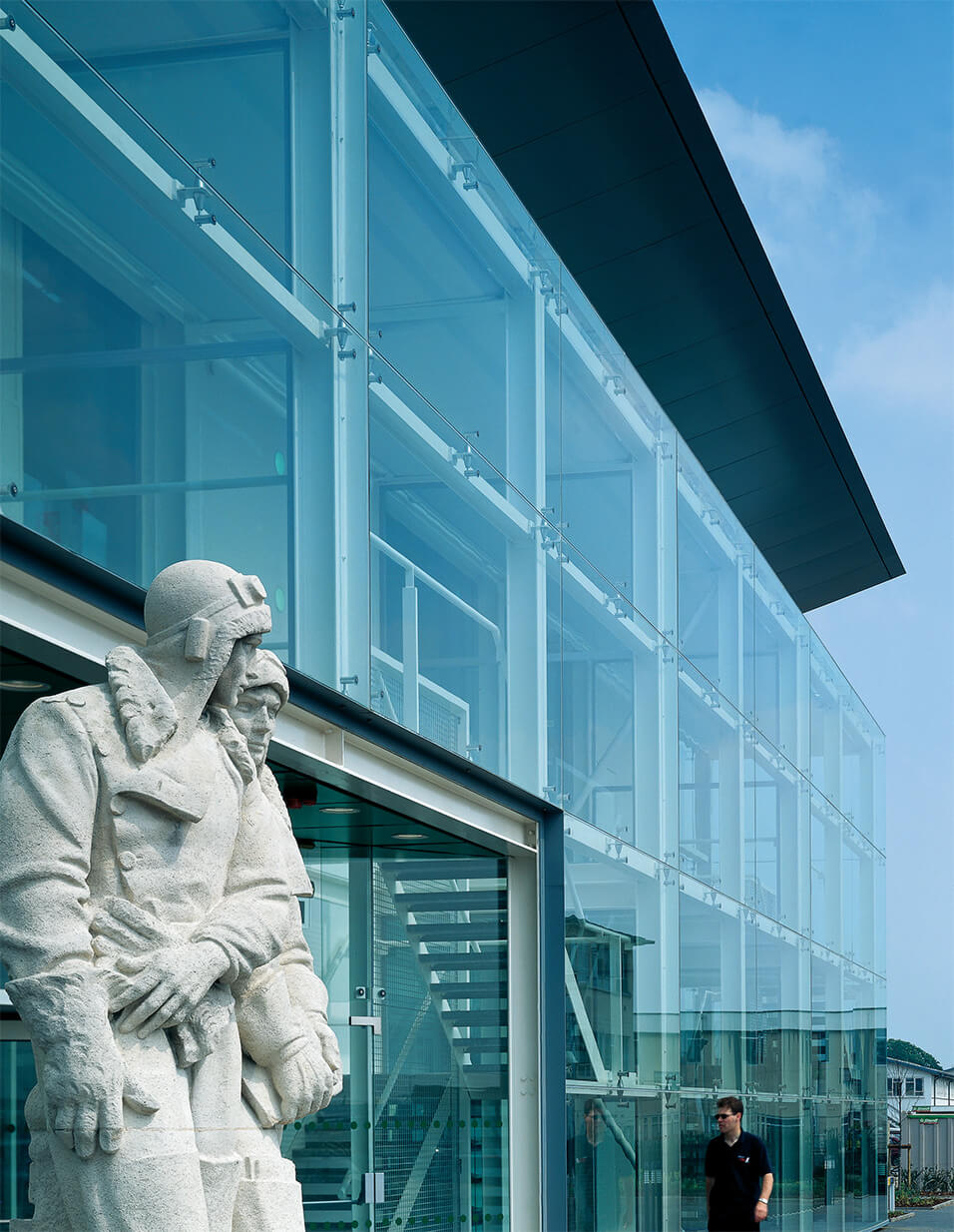 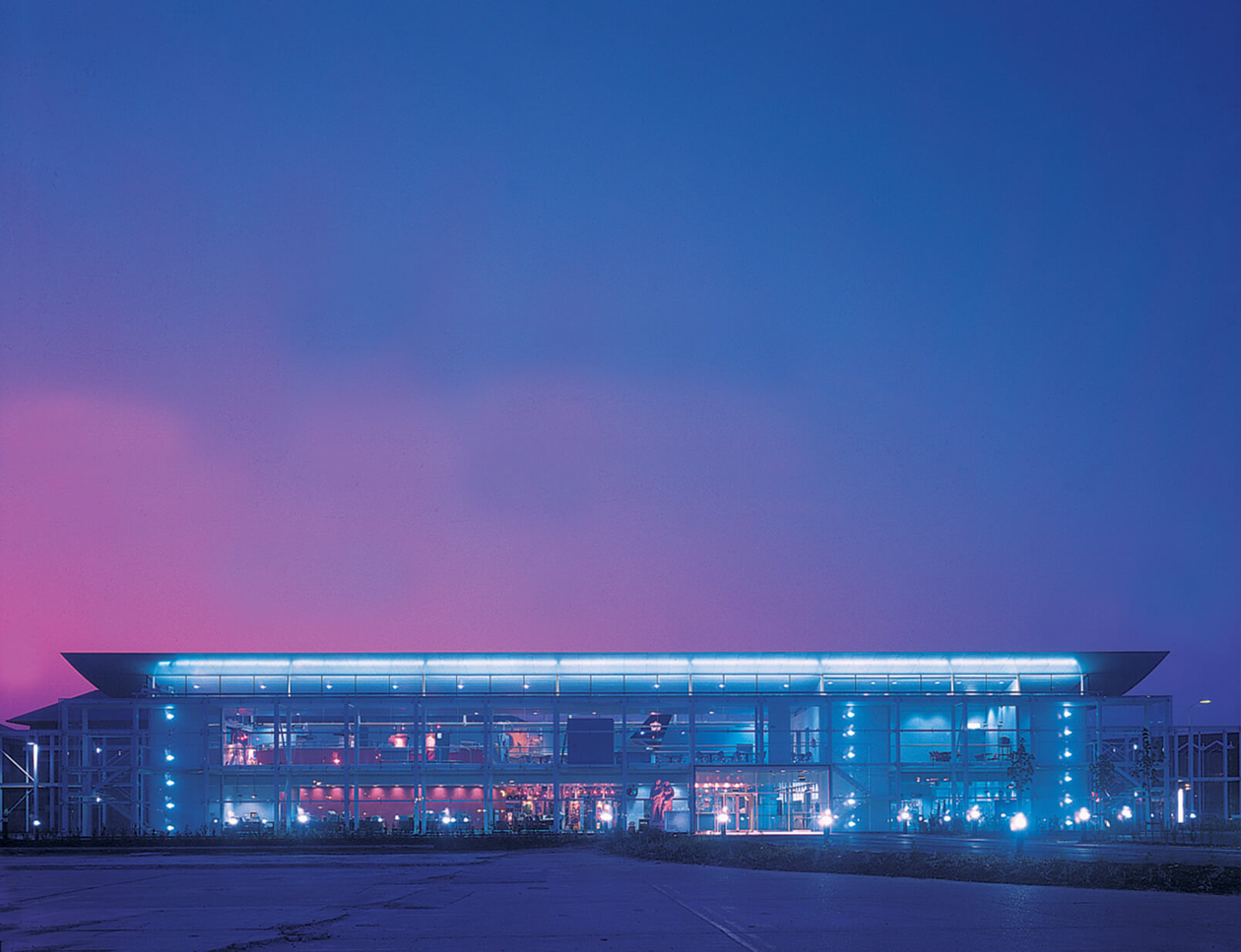 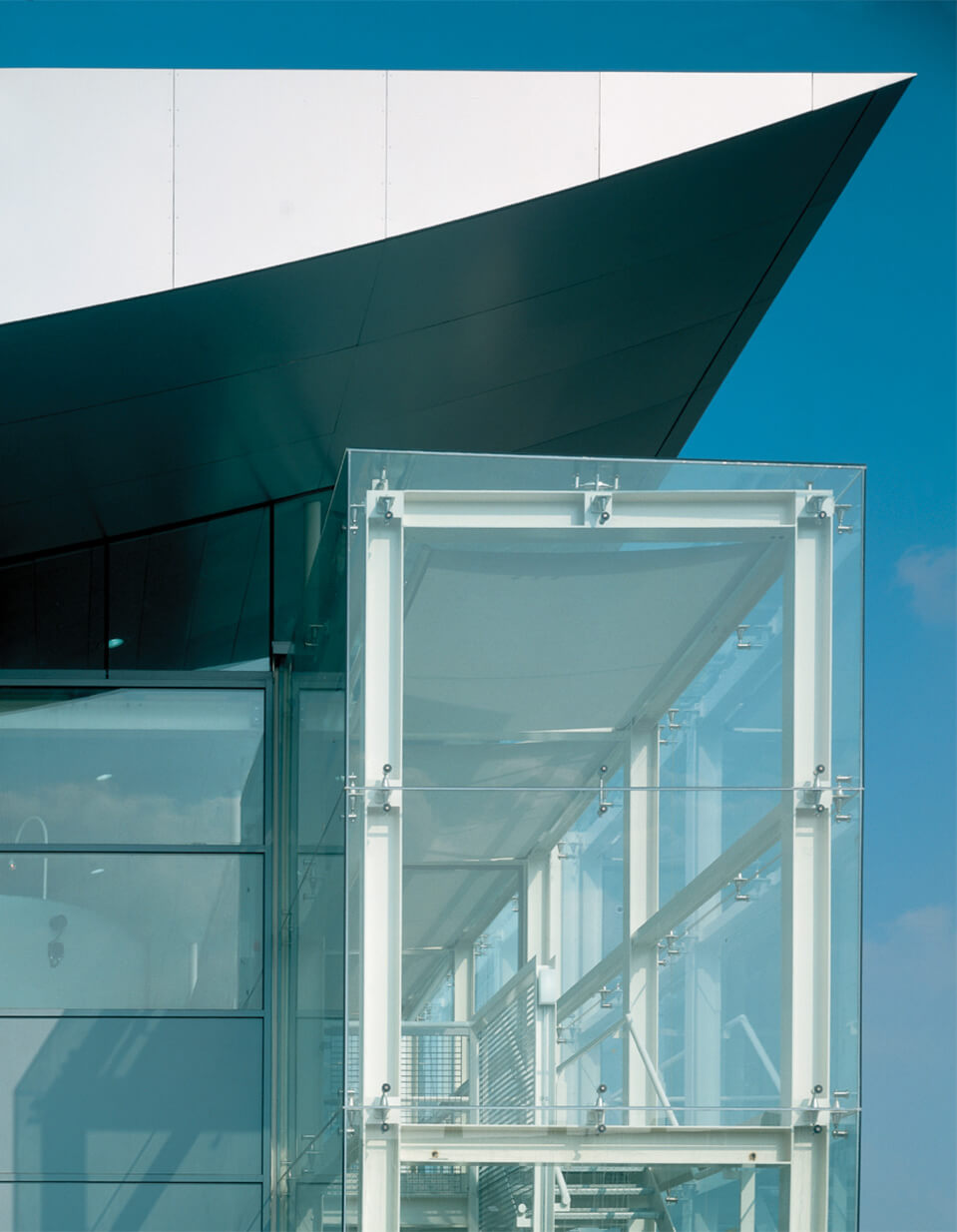 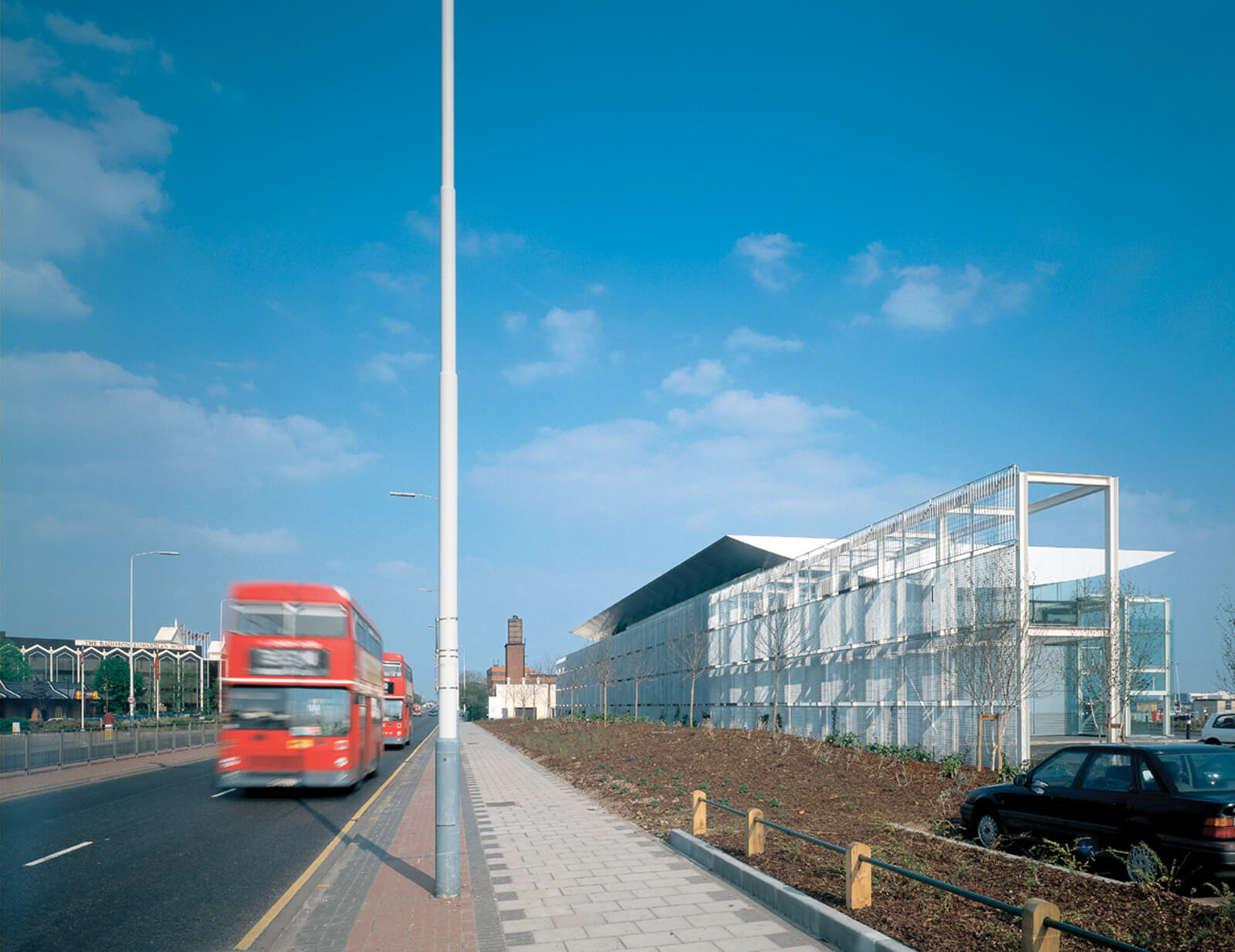 The Heathrow Airport Visitor Centre was designed and built in only nine months, immediately prior to the 1995 Public Inquiry into the Terminal 5 development.

Directly facing the north runway, the Centre’s primary function is a major exhibition about the workings of the airport, but it also contains a public information point, a job-centre and a small auditorium. It was originally intended to have a limited lifespan of around ten years.

The simplicity of the design concept was essential to completing the project on time. The north wall is largely solid and is partially covered with climbing plants, aided by a steel grillage that extends beyond the building to the perimeter of the site. The south wall is clad in two layers of frameless glazing about 2 metres apart, forming an effective barrier to aircraft noise whilst remaining completely transparent. The width of the cavity is also used to accommodate escape stairs, solar shading and cleaning apparatus.

The Heathrow Visitor Centre was Bennetts Associates’ second major commission for BAA and was followed by the World Business Centre on the adjacent site.