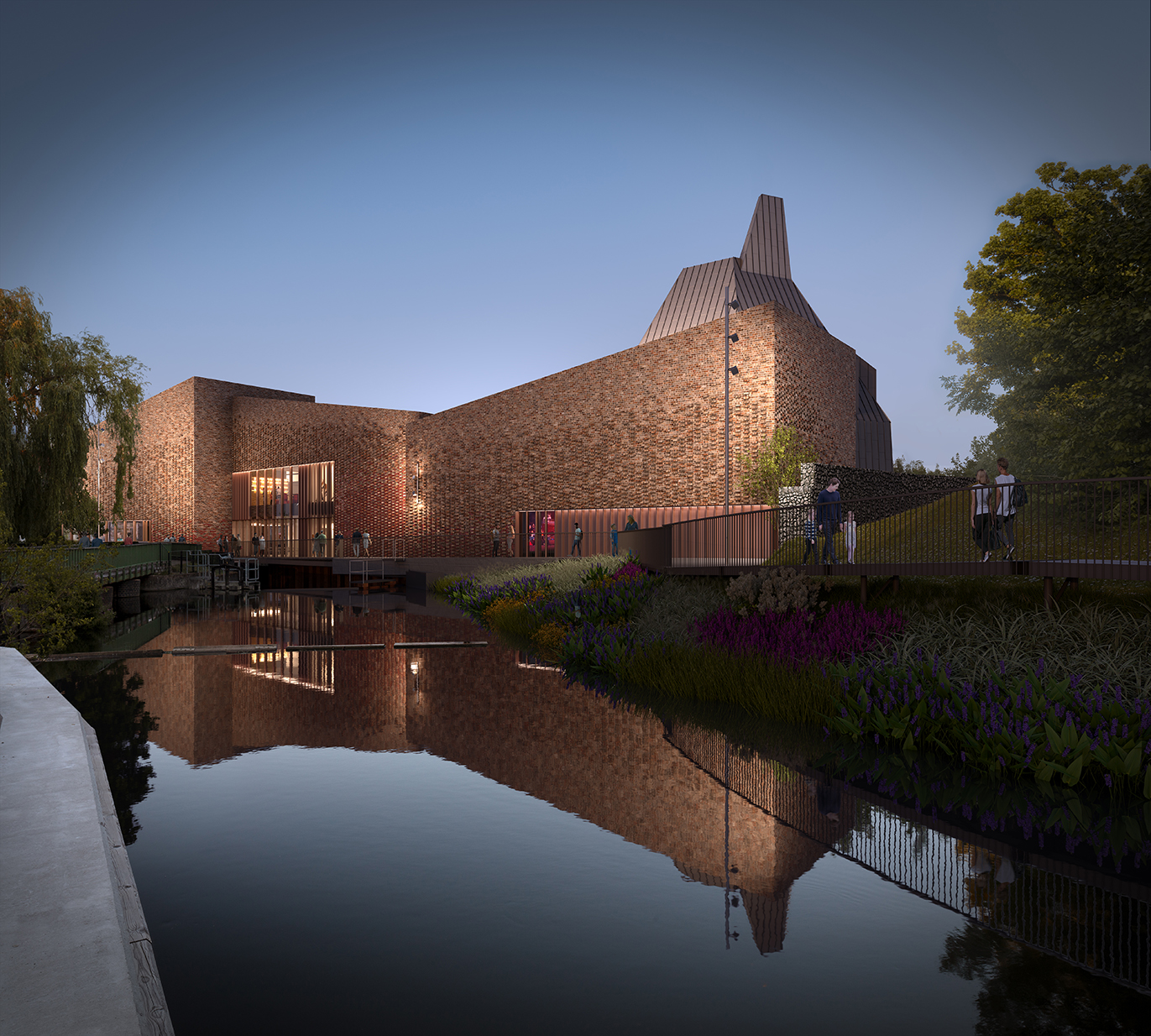 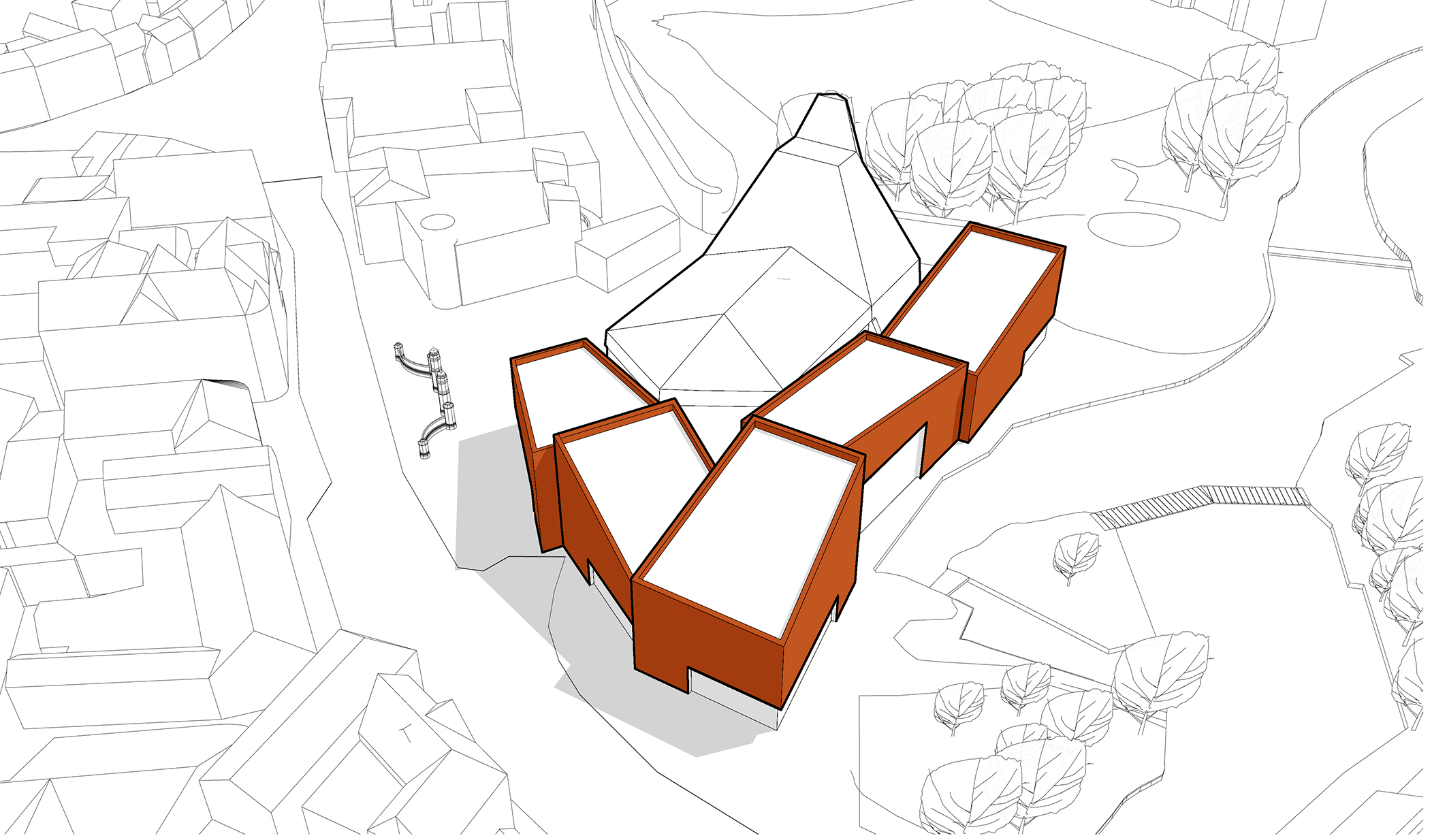 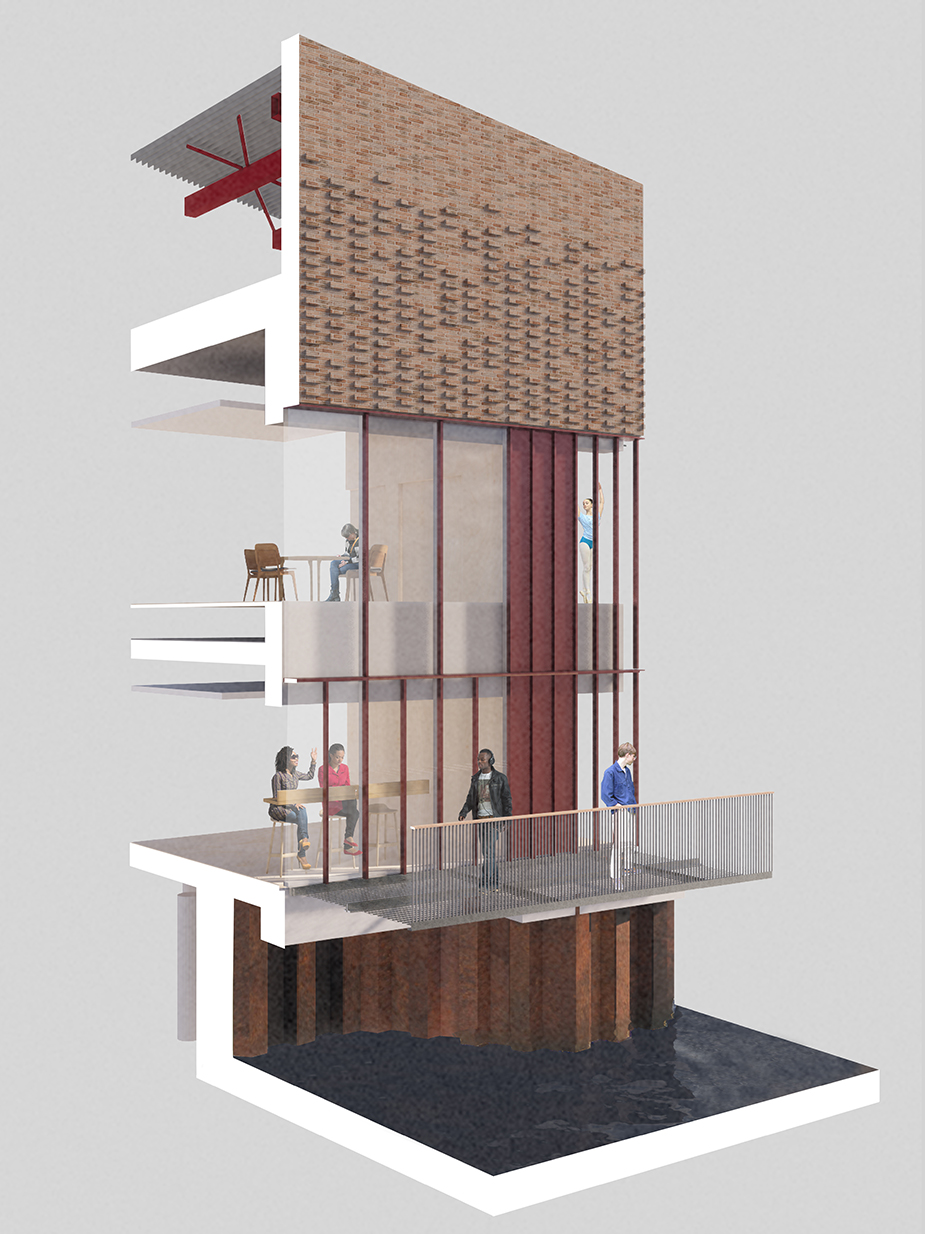 "This is a project for our times, a multi-arts hub which will build on Hertford Theatres’ growing reputation, hosting an events programme that will enable it to reach out to new audiences. Working closely with East Herts Council we have designed the building to be a focal point for Hertford and its communities. We’ve added new cinema screens and studios around the existing building, as well as transforming the main theatre space by adding a balcony. The project makes the most of its riverside site, opening-up to the river and creating a new riverside path connecting to the nearby castle. The design breaks up the building into a series of brick-clad blocks, each containing one of the new performance spaces and its geometry responds to the scale and grain of the historic town, and the irregular edges of the site."

“The theatre has become a Hertford Theatre cultural and social hub for the town and this project will build on that position, ensuring that it remains exciting and relevant for its growing audience.”

Hertford Theatre is set to become a major cultural hub for East Hertfordshire. Its distinctive form will take shape as five blocks, wrapped sensitively around the existing '’malthouse' fly tower housing the main theatre space. It is nestled in the heart of town and visually connects with the River Lea and a historic medieval castle. The redevelopment of the theatre represents a significant and timely investment in the town centre of Hertford, and the building forms part of a wider urban strategy to open up the riverside to the public.

The project aims for completion in 2023. The new internal programme will welcome locals and visitors to flexible event spaces opened day-to-night, along with three bespoke cinema screens, a new studio auditorium for smaller live acts and performances, and an increased main auditorium suited for larger productions. The new plaza-style foyer with a riverside café-bar will strengthen the connection between the old and the new, the built element and the landscape, with extensive views of the River Lea and a new walkway constructed right on the river edge leading to the historic motte of the medieval castle.

Sustainability plays an important role throughout the design of Hertford Theatre. The careful selection of construction materials such as Cross-laminated Timber for the superstructure and an efficient sustainable energy strategy featuring an all-electric heating and cooling strategy will help achieve the theatre's target of a BREEAM Excellent rating.