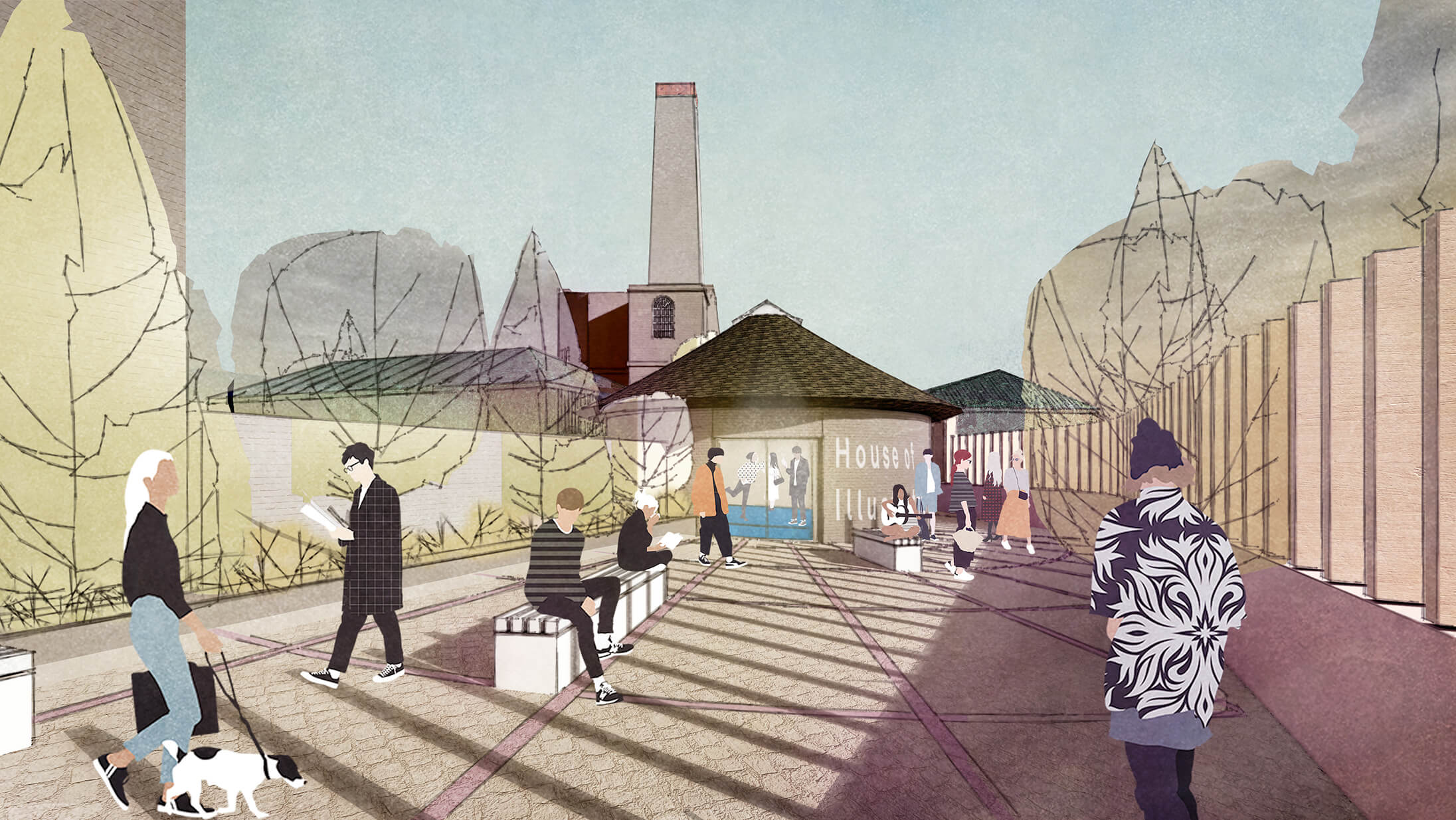 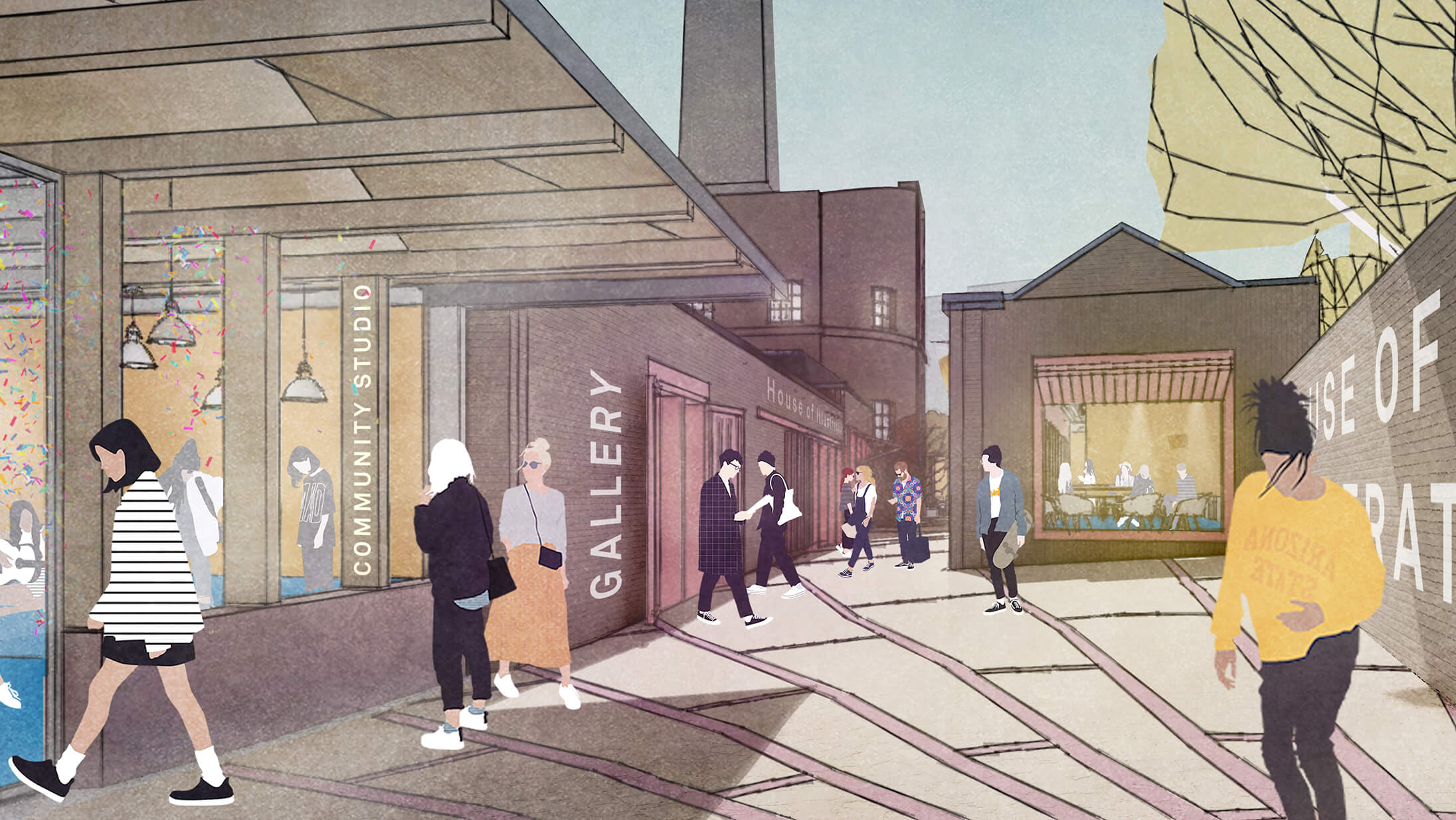 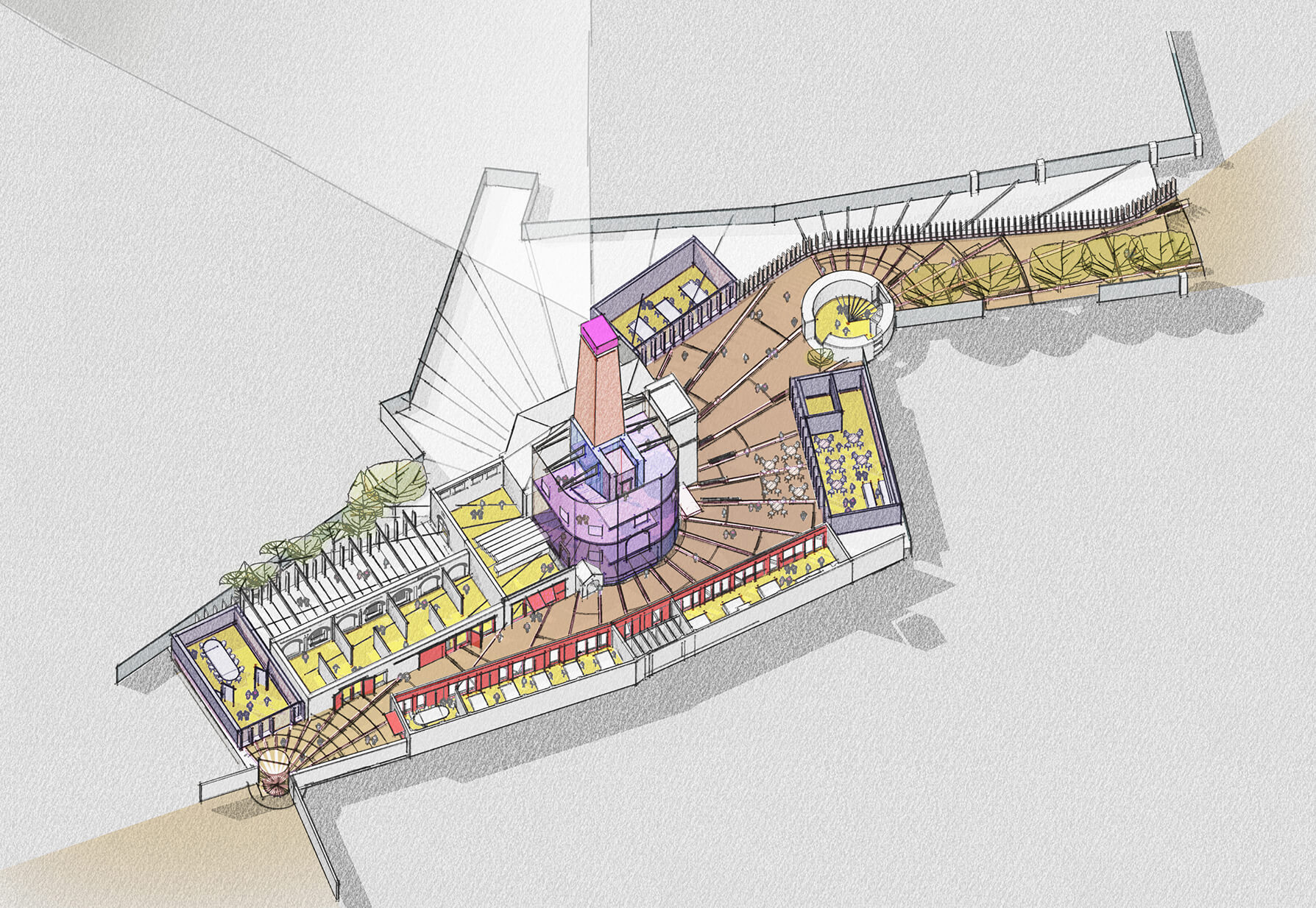 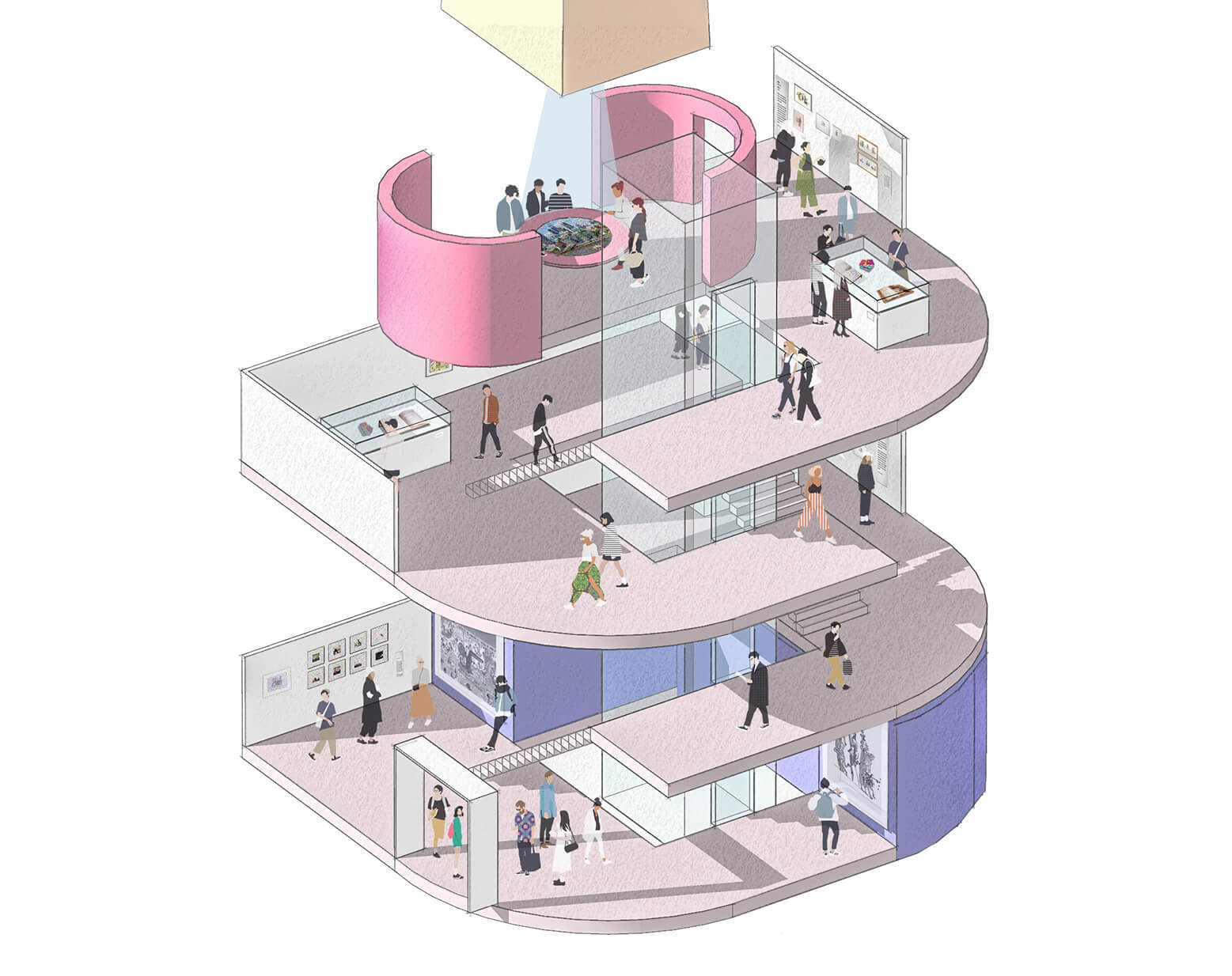 The House of Illustration purchased the New River Head site in Islington to create a long term-home for itself through the sympathetic development of a series of historically significant buildings, including two that are Grade II listed.

Bennetts Associates advised on the site’s potential, and was one of the teams invited to present proposals for its transformation into a destination for arts, culture and community.

The Pumphouse is a fascinating and beautiful relic at the centre of the site. The team’s first move was to embellish and champion it by placing the primary gallery experience within it. The House of Illustration’s permanent collections and the Quentin Blake archive would be placed within this volume, radically reconfiguring the interior to create a site-specific gallery for a special use.

The existing site is an interesting composition of historic infrastructure and disused fragments. It has a distinct character but its form is incomplete, with open edges and a lack of focus and identity. The second move was to create a new public street defined by new landscaping, which would become the focal point of the site and the setting for artistic and community engagement.

House of Illustration is the UK’s only public gallery devoted to championing and celebrating the art of illustration in all its forms.

2006 – 2016
​Upon completion in 2016, the redevelopment of Midland Goods Shed will create an innovative new focal point for King’s Cross Central, within the heritage core of one of London’s most dramatically changing neighbourhoods