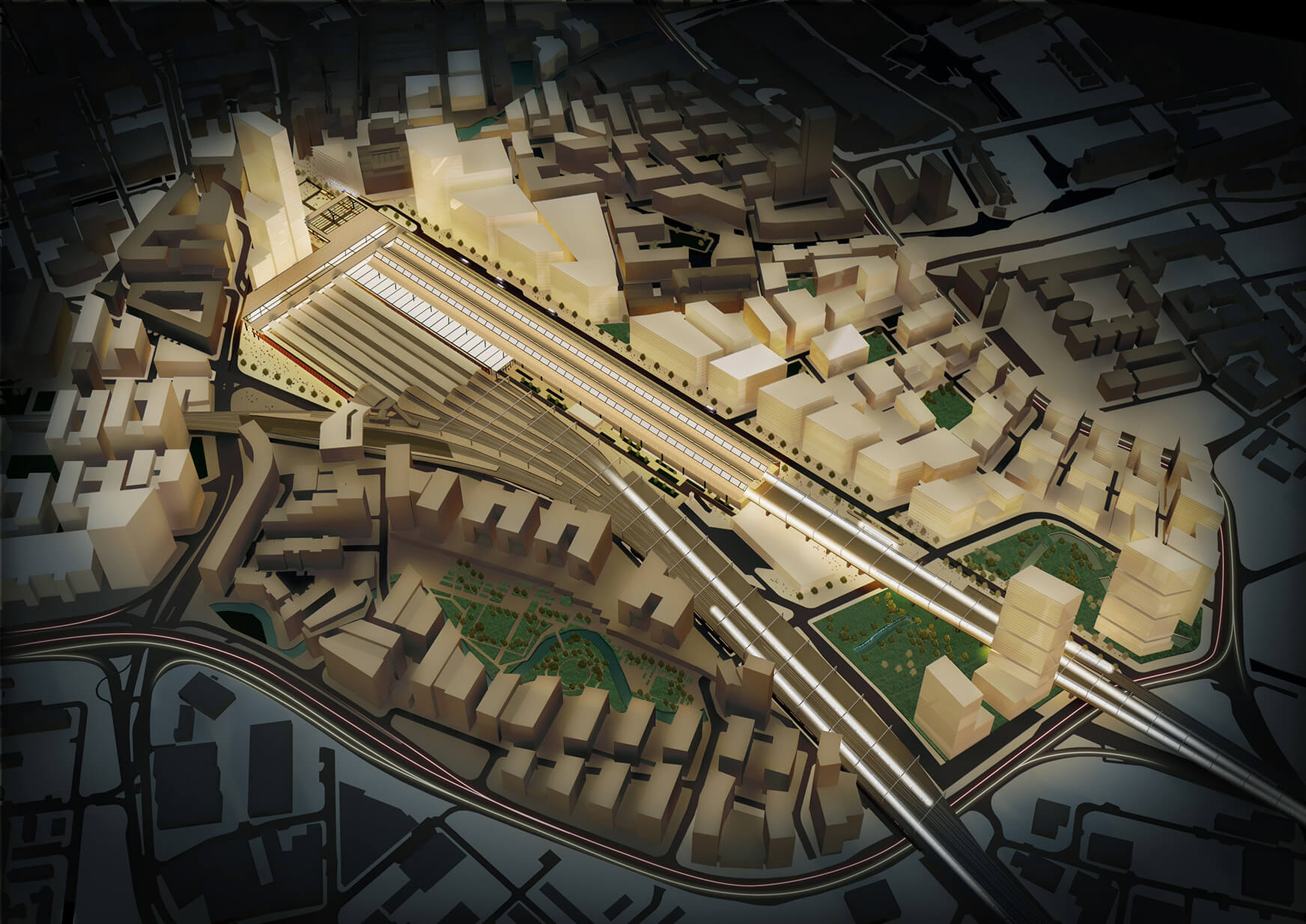 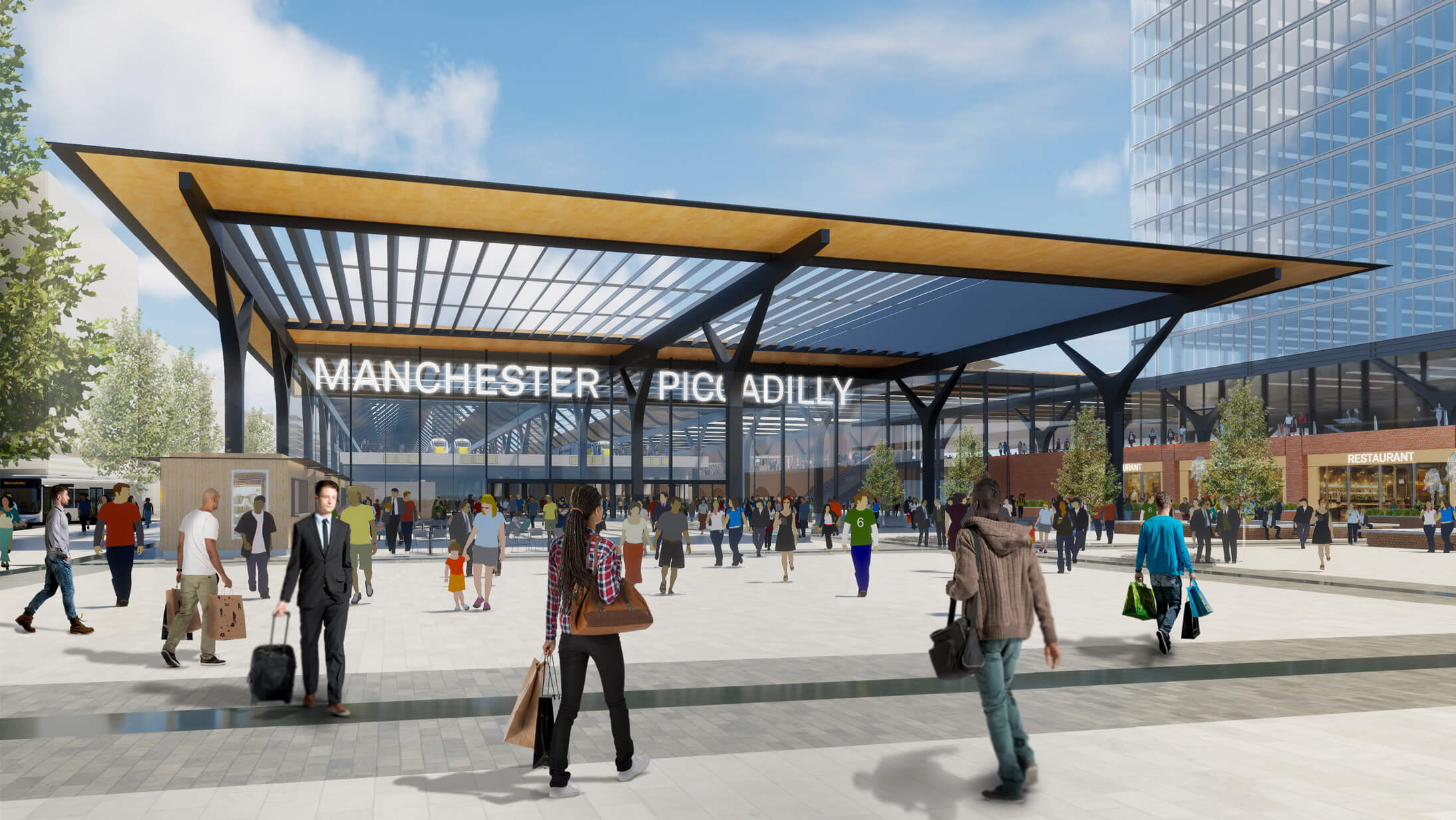 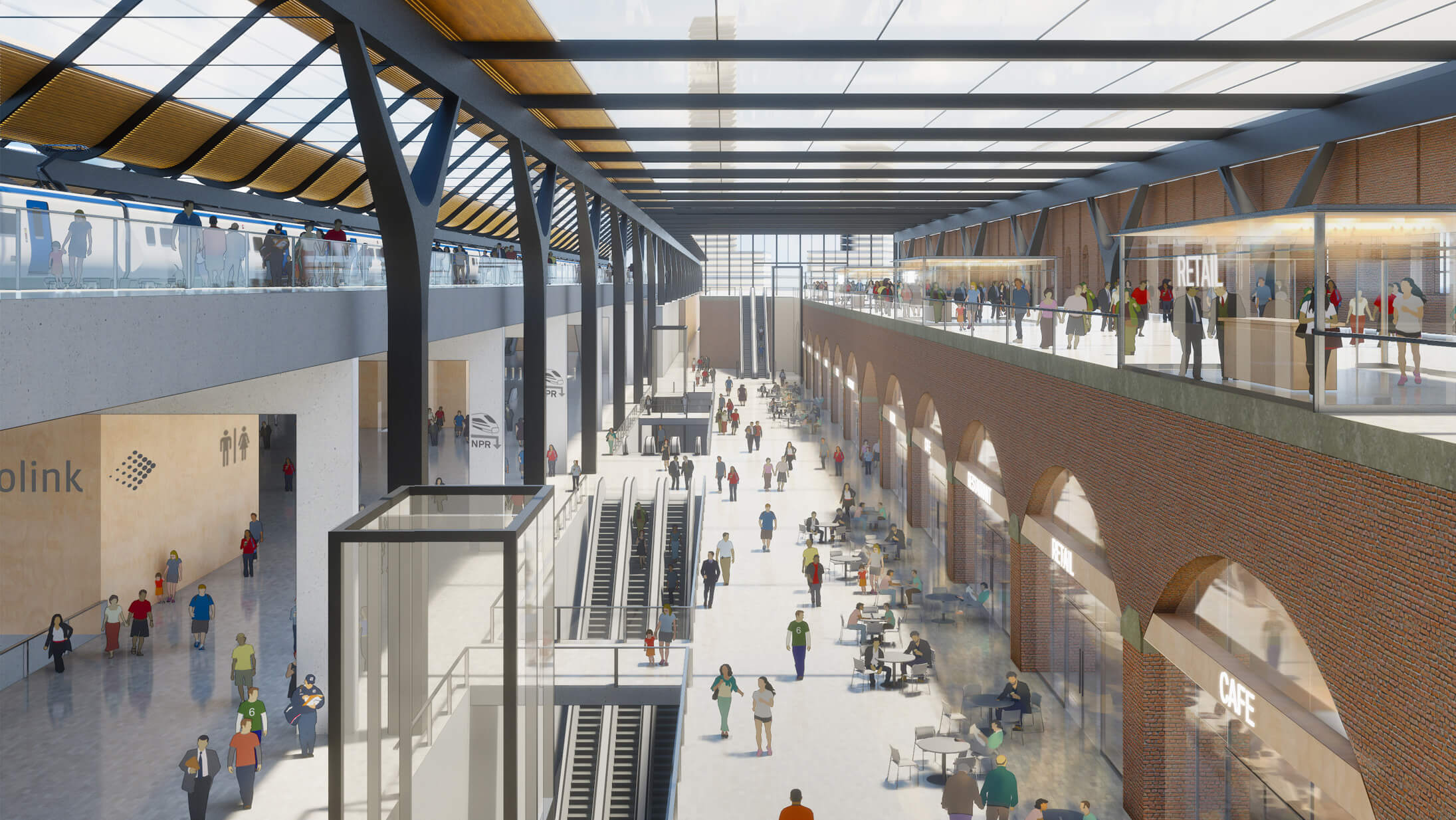 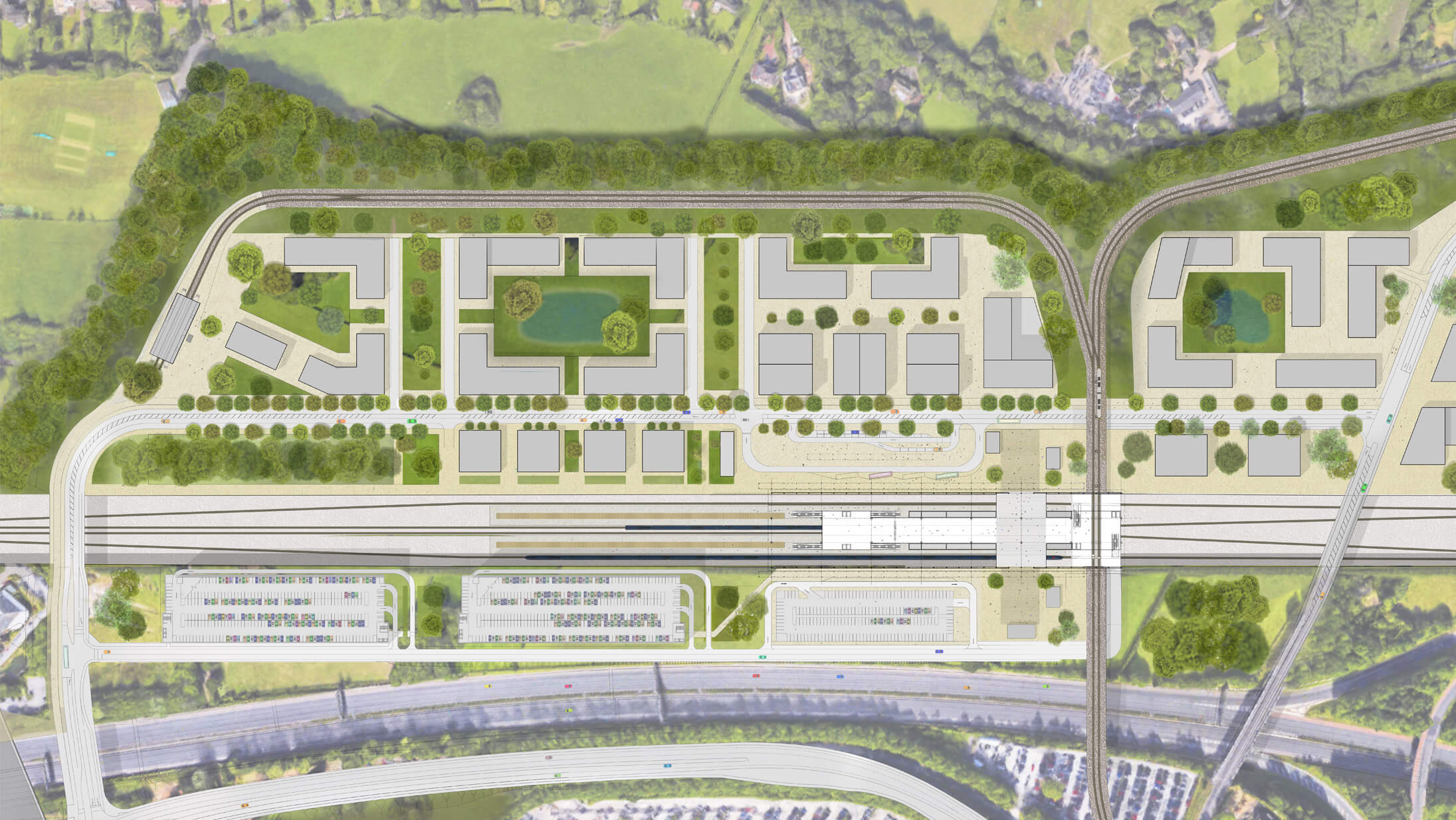 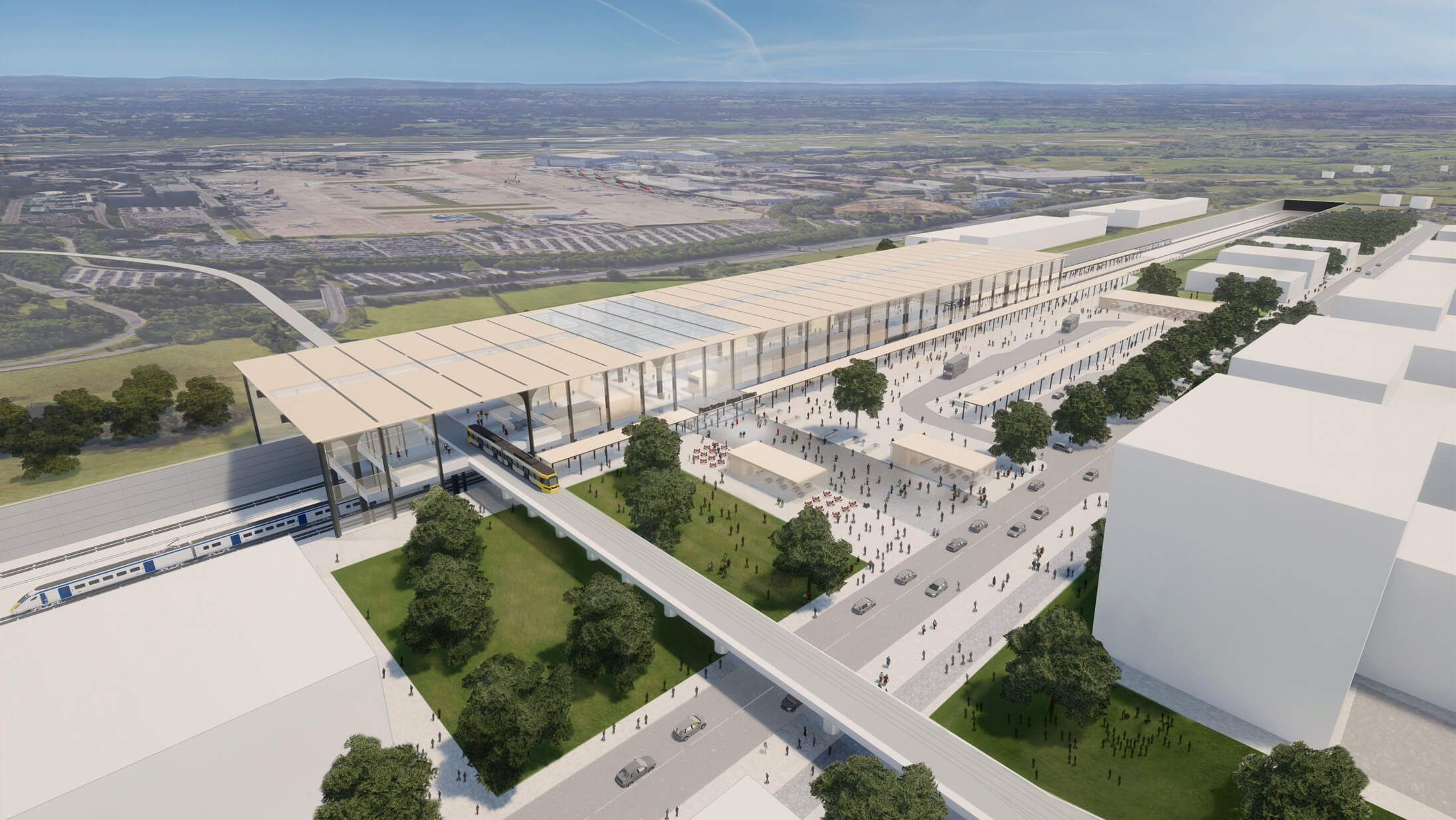 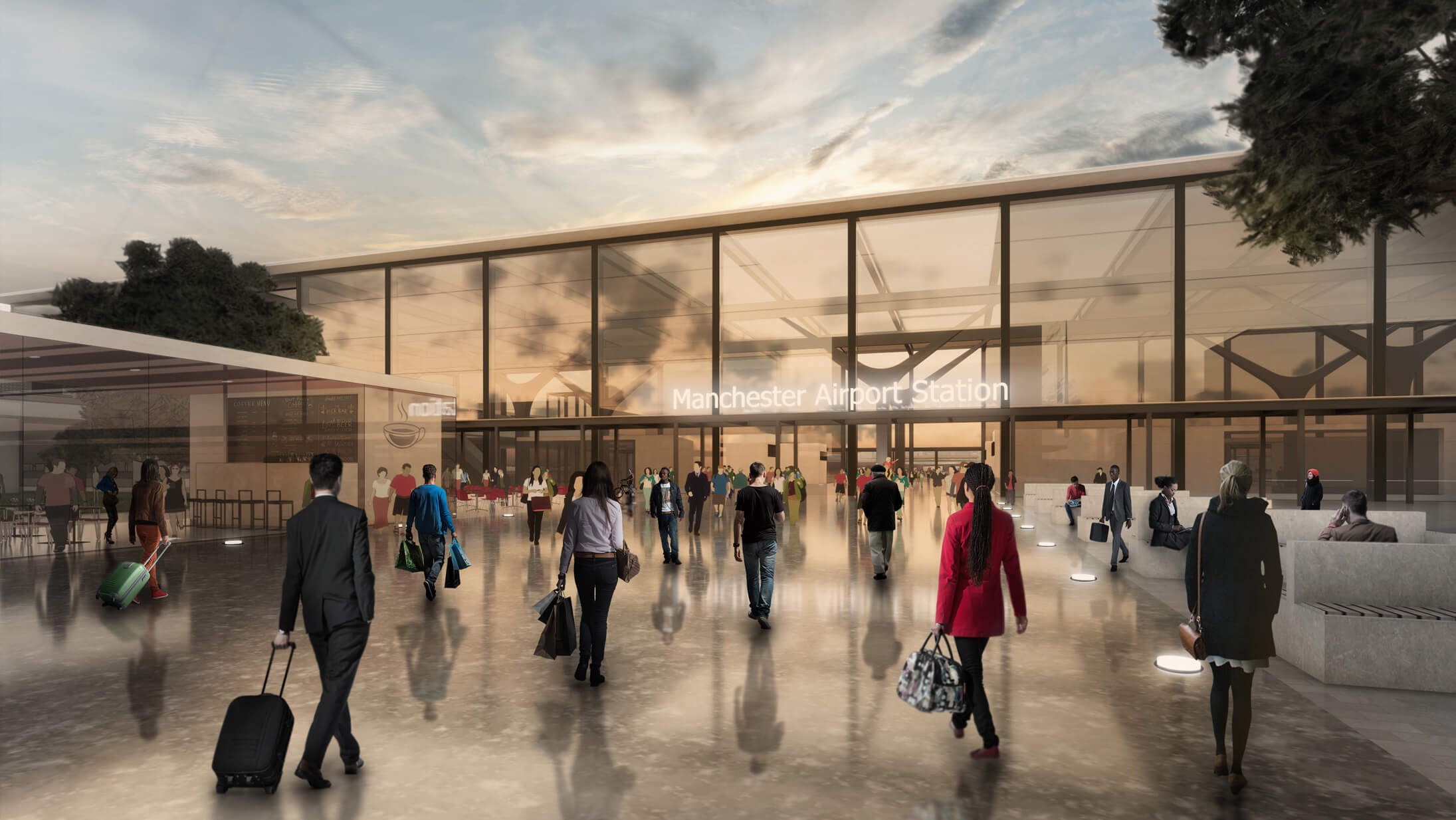 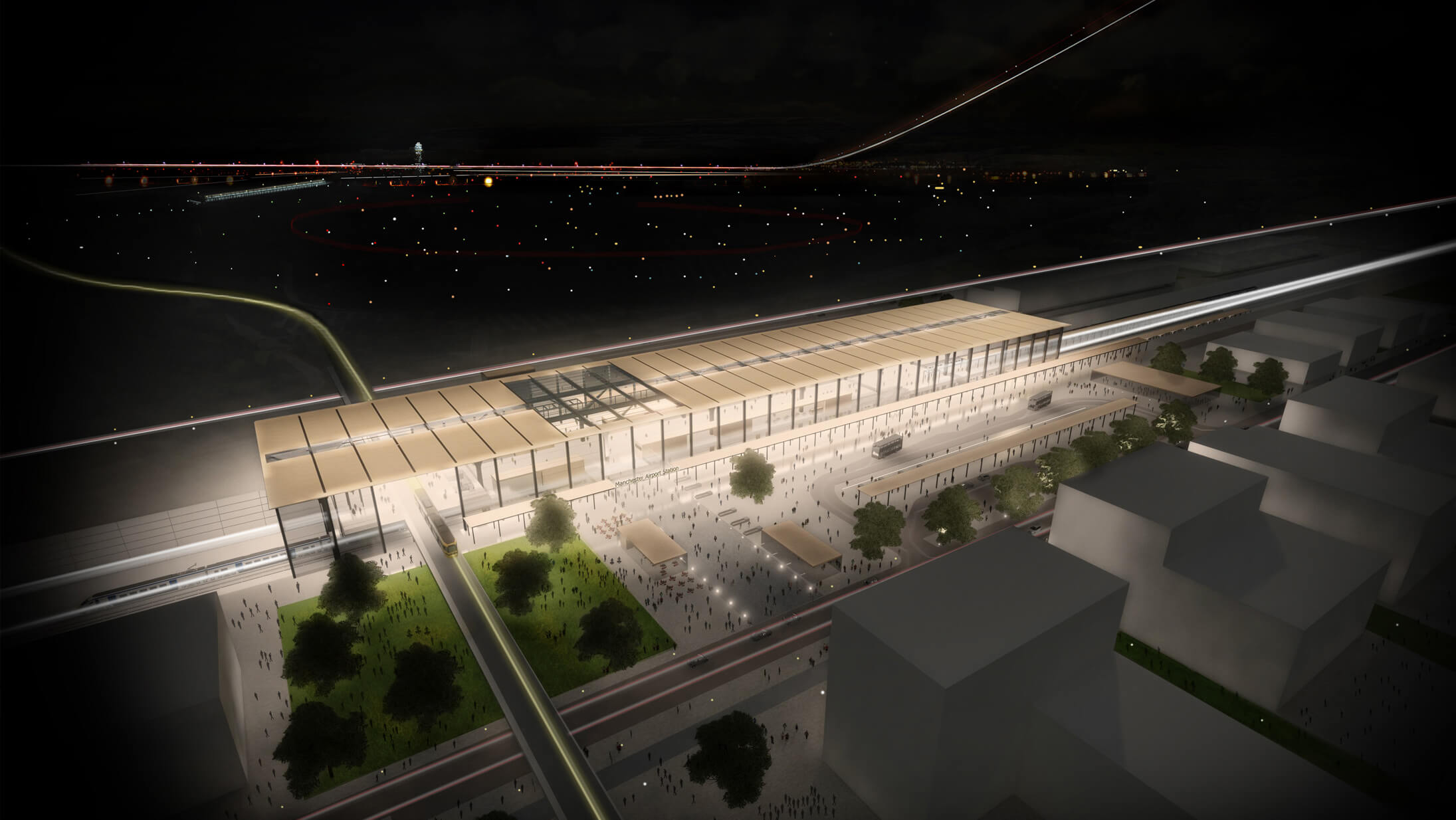 The arrival of HS2 and NPR into Manchester will be the catalyst for a ‘once-in-a- century’ opportunity to transform the eastern side of the city and consolidate the Airport as international gateway to the North.

HS2 and NPR Growth Strategy proposals by Bennetts Associates are central to Greater Manchester Combined Authority’s (GMCA) response to Central Government, captured in a high-profile public document called ‘The Stops are just the Start’. The document aims to optimise the potential for HS2 and NPR to trigger significant regeneration in both Manchester locations where they will call, as well as capturing GMCAs aspiration for world-class transport facilities.

Central to the Growth Strategy at Piccadilly is a radical transformation of 62 acres of under-utilised land to the north of the station into a series of new mixed-use neighbourhoods served by a chain of new public spaces/parks and connected by a significant new tree-lined boulevard. A similar exercise has been carried out at Manchester Airport to maximise the potential of this major international gateway for the North of England and to create a new ‘green’ suburb on 400 acres of land. The masterplan frameworks are based on our long-established placemaking principles and propose the creation of jobs, homes and amenities in sustainable new districts, each with a humane, distinctive and locally rooted sense of place.

Works to Piccadilly station are equally radical with the addition of HS2/NPR platforms and integration with existing rail and local/regional services such as the Metrolink tram. At the Airport, a brand new station is envisaged to act as a landmark on entry to the city from the south. Bennetts Associates has developed the proposals on behalf of GMCA stakeholders and with infrastructure engineers Mott MacDonald. The station schemes demonstrate the potential for world-class, fully integrated transport hubs for GMCA to use in negotiations with Central Government and the infrastructure providers.