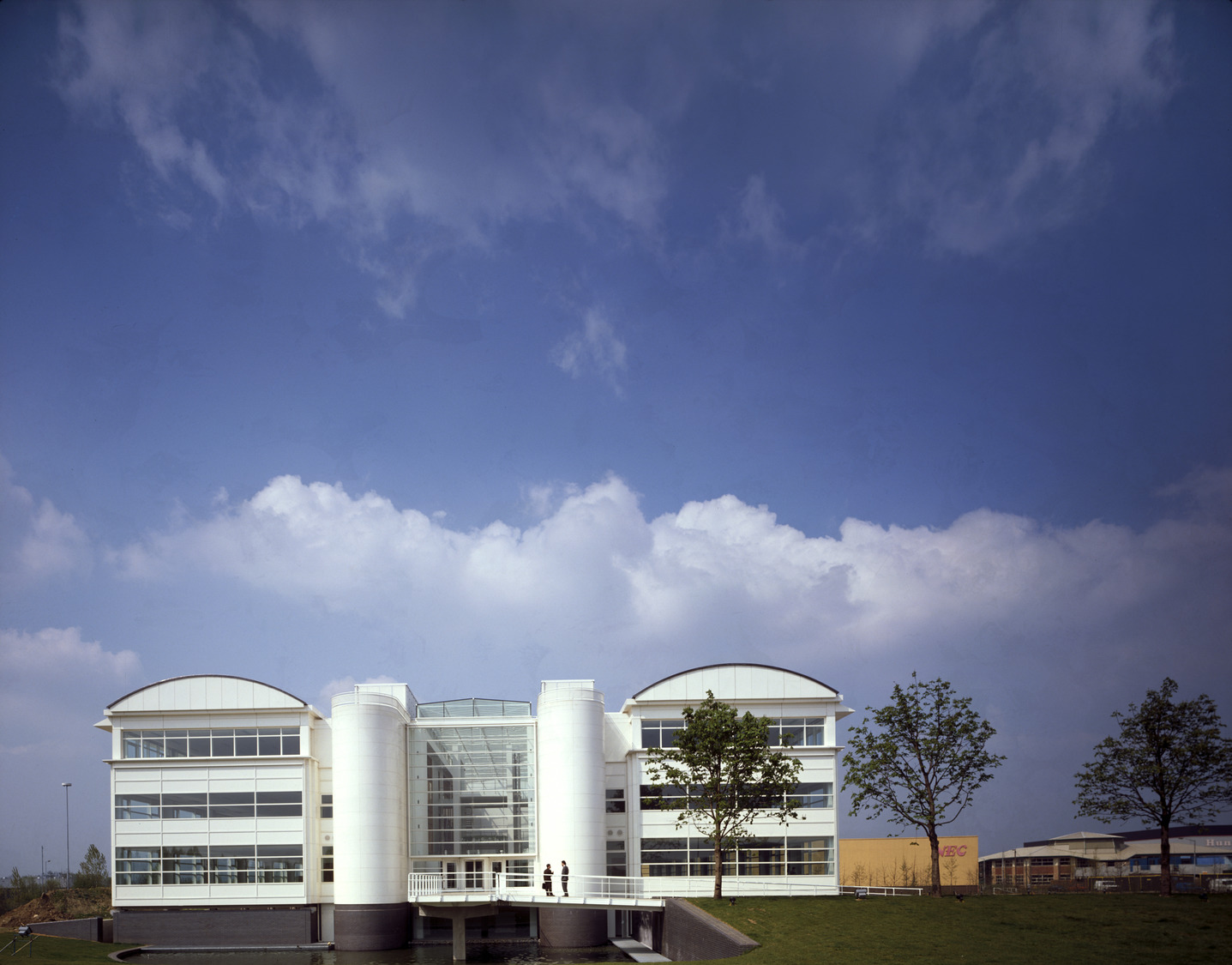 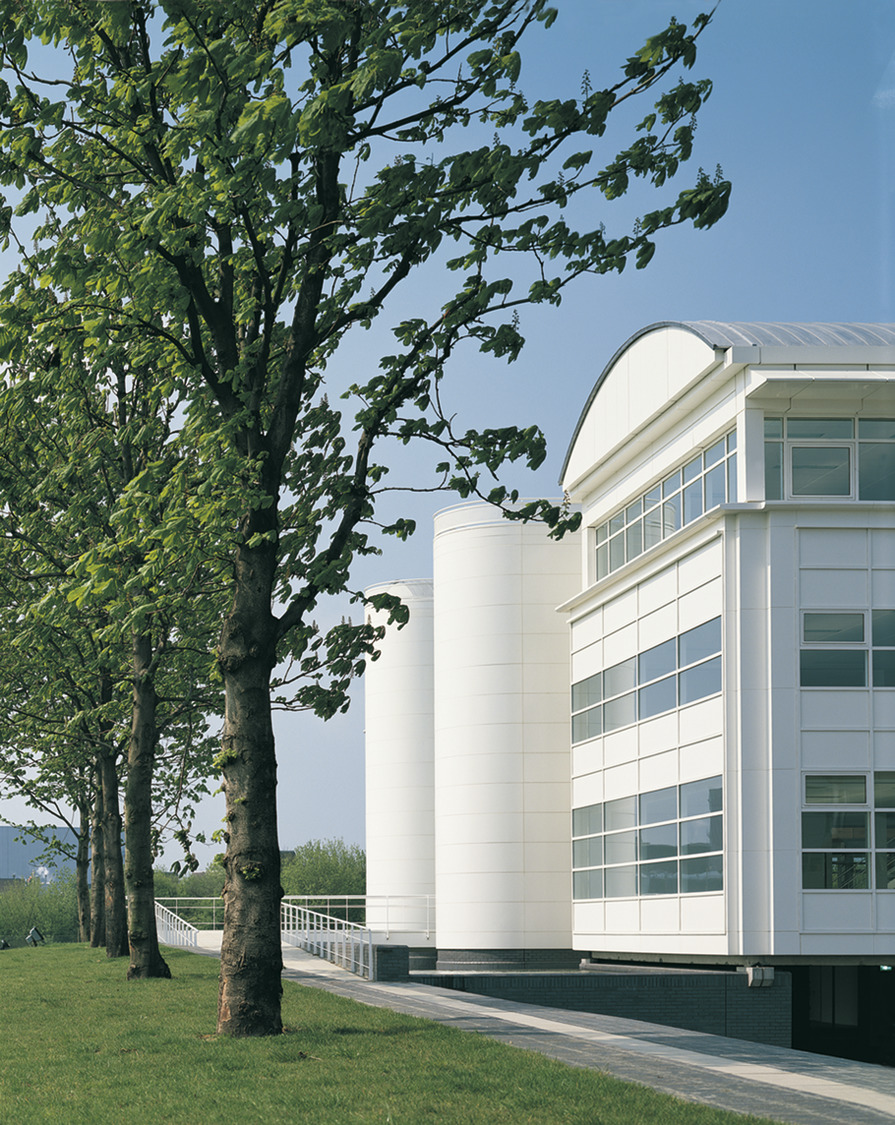 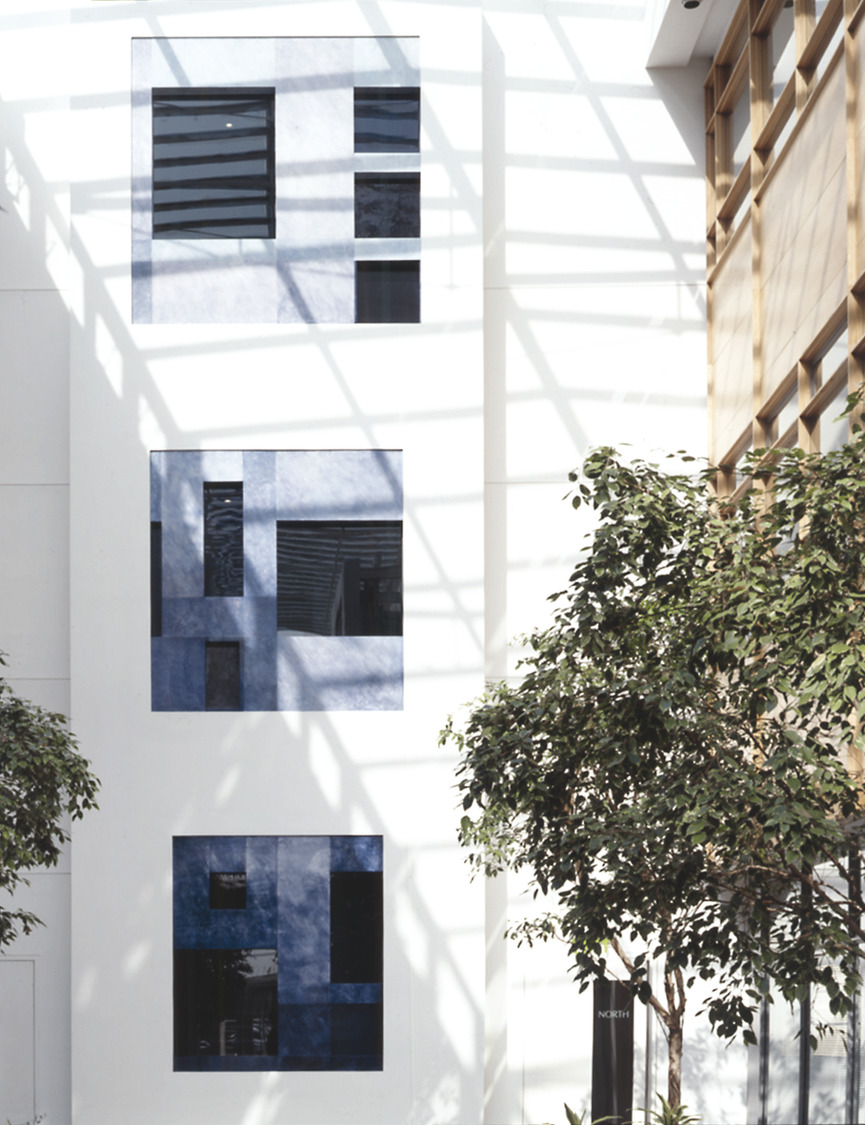 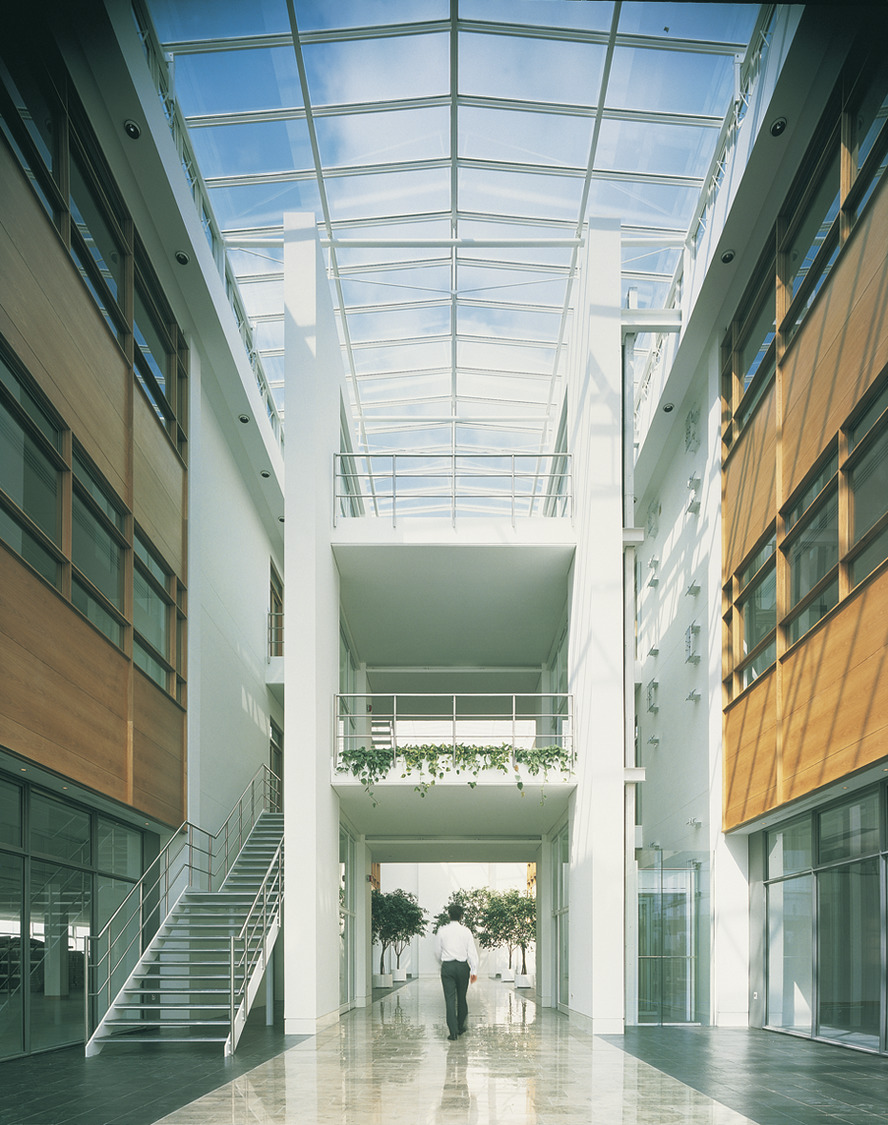 The project was commenced late in 1987, shortly after the Government’s relaxation of planning controls, which allowed development of this kind within areas previously designated as industrial. After a rigorous period of analysis, the building was designed to comprise two parallel wings of deep-plan office space over three floors, with a linear atrium in between. Although primarily intended for a single occupier, each floor can be sub-divided into four separate tenancies, with air-conditioning distributed from 4 freestanding plantrooms at roof level. The long-spanning structure was achieved with relatively shallow beams integrated with the air-conditioning ductwork.

This synthesis of space, structure and services led to an overall design that was simple, relatively economical and quick to construct despite the pressures of the property boom in 1988-89.

The building is raised up by one storey concealing much of the car park, both to avoid the impression of being surrounded by a sea of cars and to release a wide strip of land around the perimeter of the site for landscaped embankments. The remainder of the car park is screened by regular grid of trees and extensive hedging. Because the developer wanted the property to become a landmark on the proposed A33 dual carriageway, the building is positioned as close as possible to the roundabout junction with Imperial Way, anticipating a high degree of prominence when the road was eventually completed for the Reading stadium development.

With the onset of recession coinciding with completion of the building early in 1990, its ability to adapt to multi-tenancy occupation ensured that most of the space was occupied by the end of that year. This was Bennetts Associates’ first significant project and it was extensively published in the UK and Europe, winning national and regional RIBA Awards in 1991.