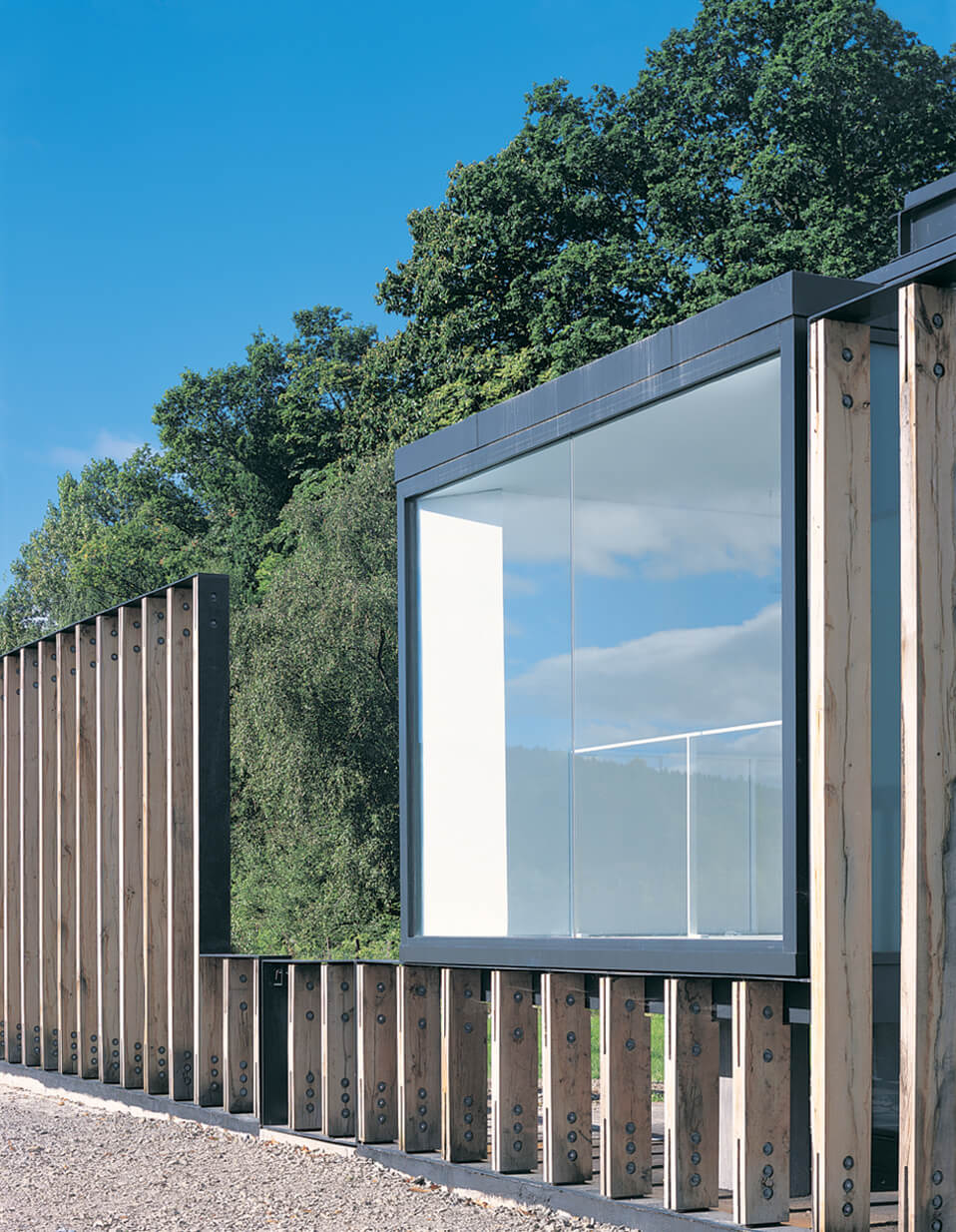 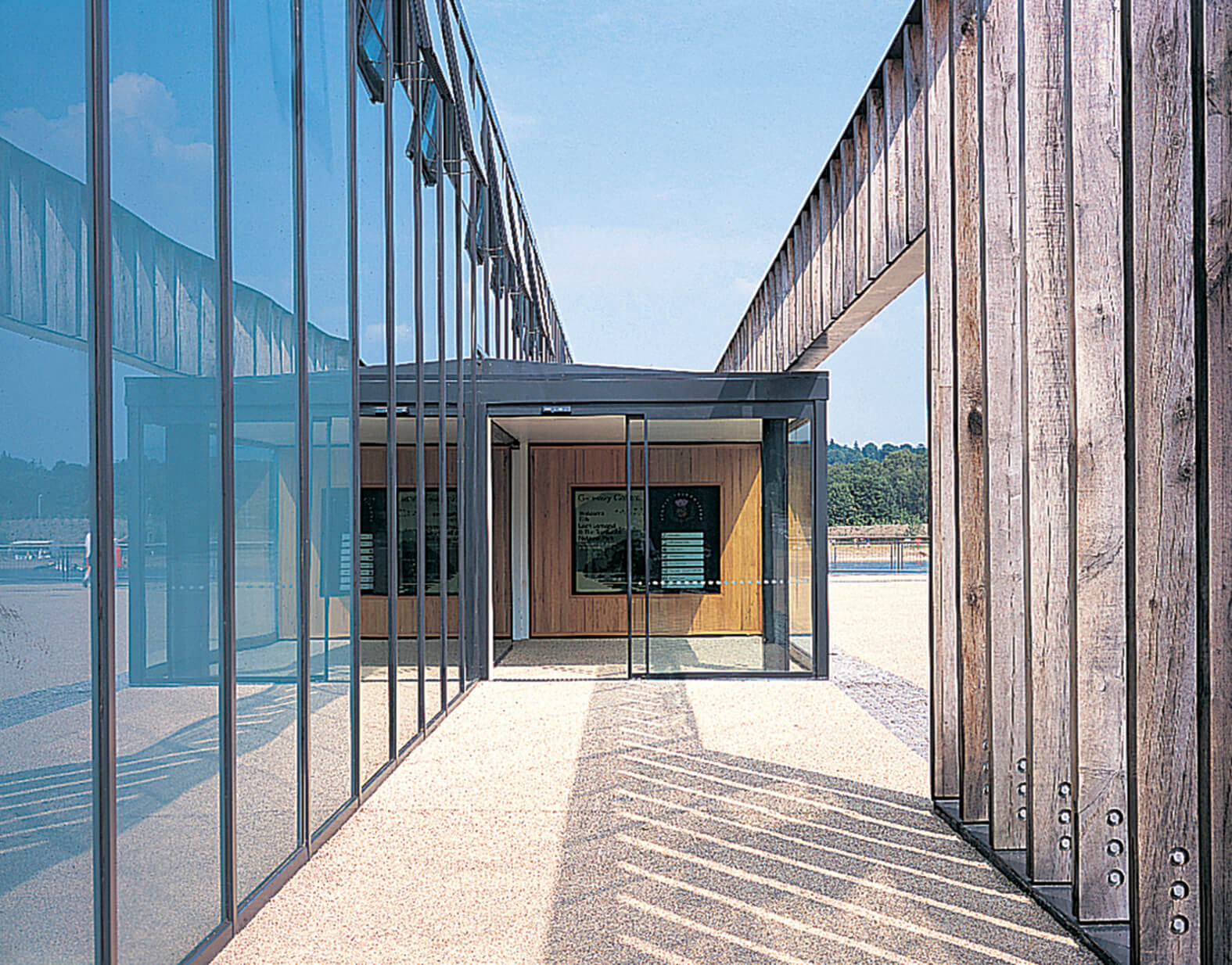 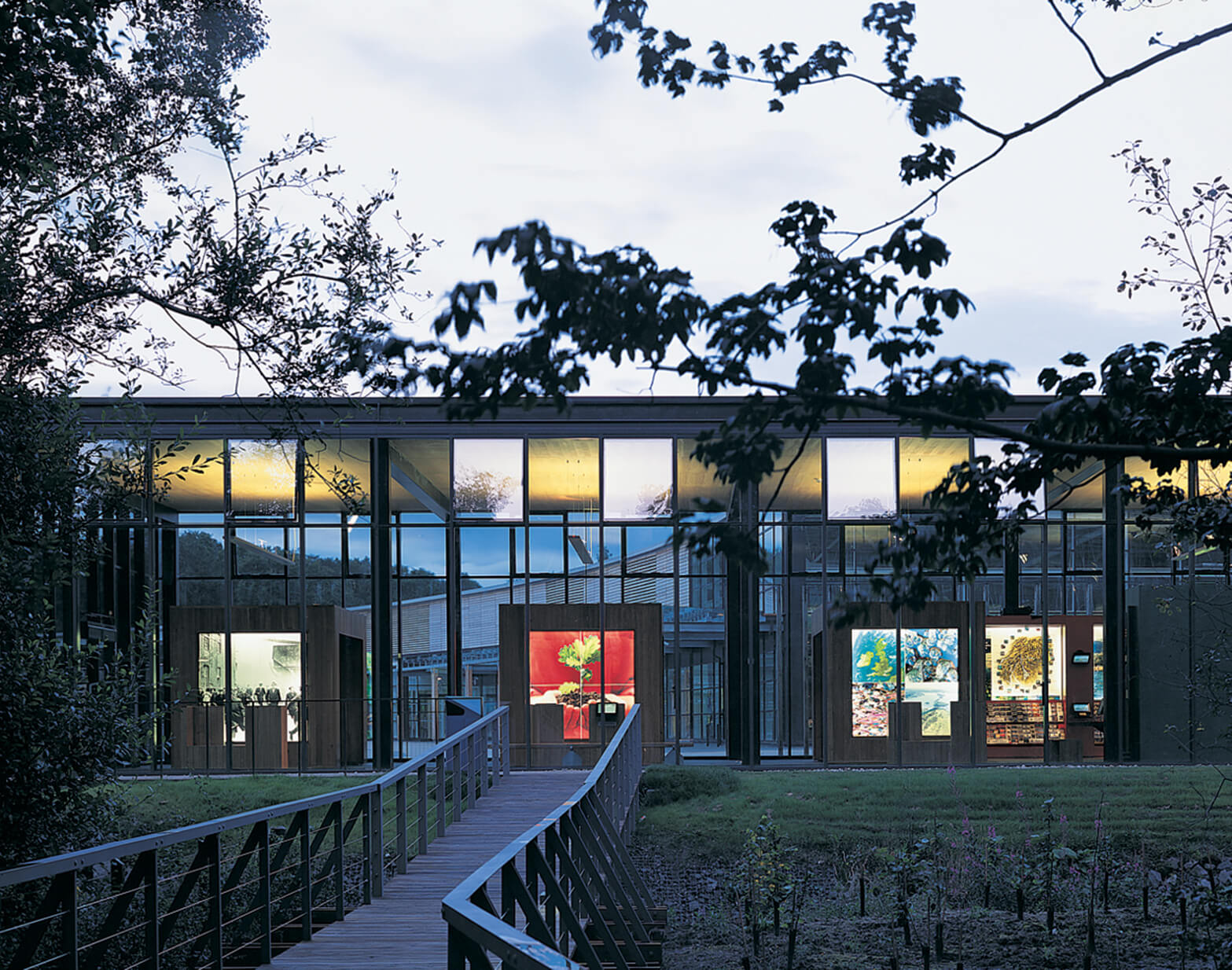 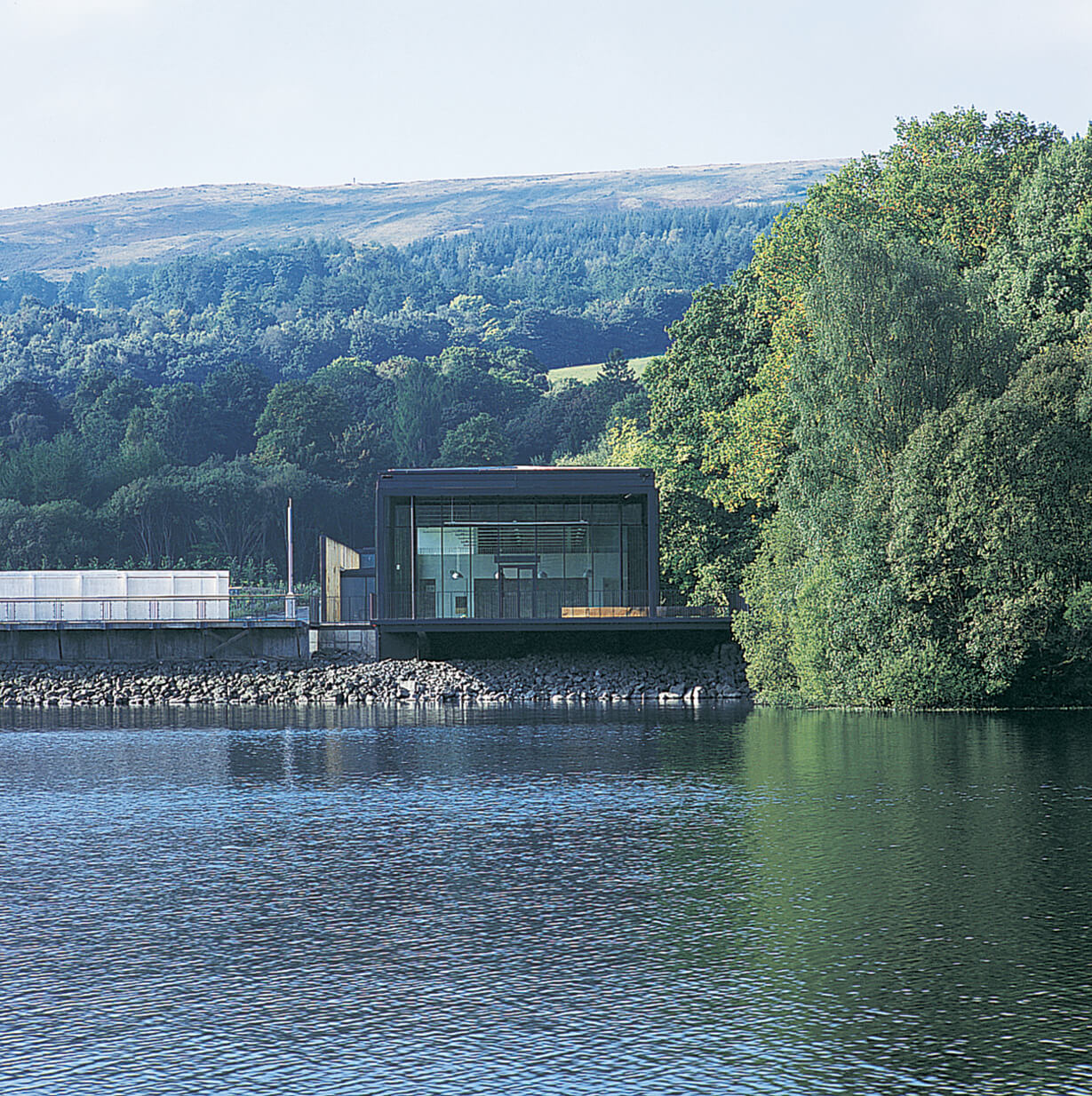 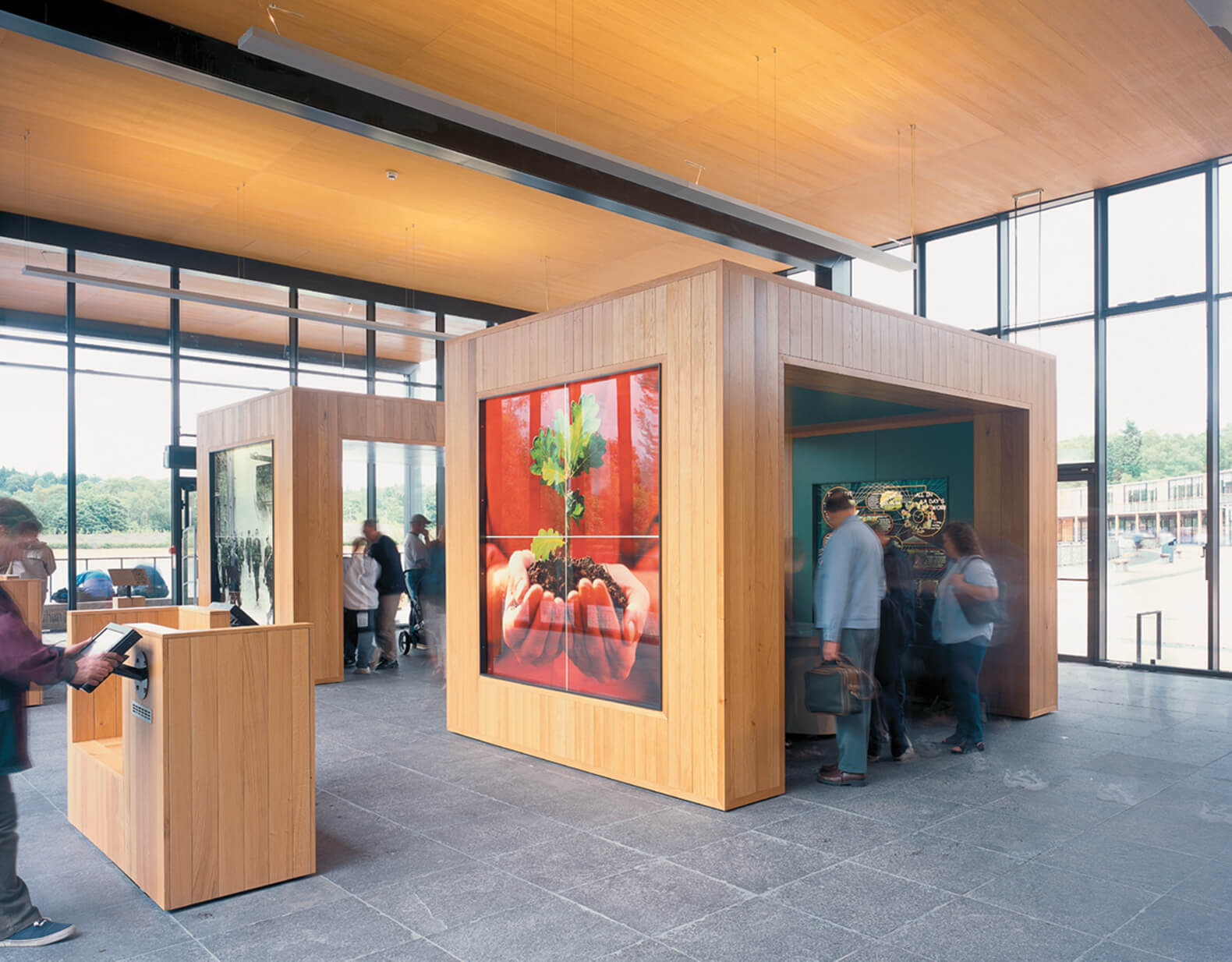 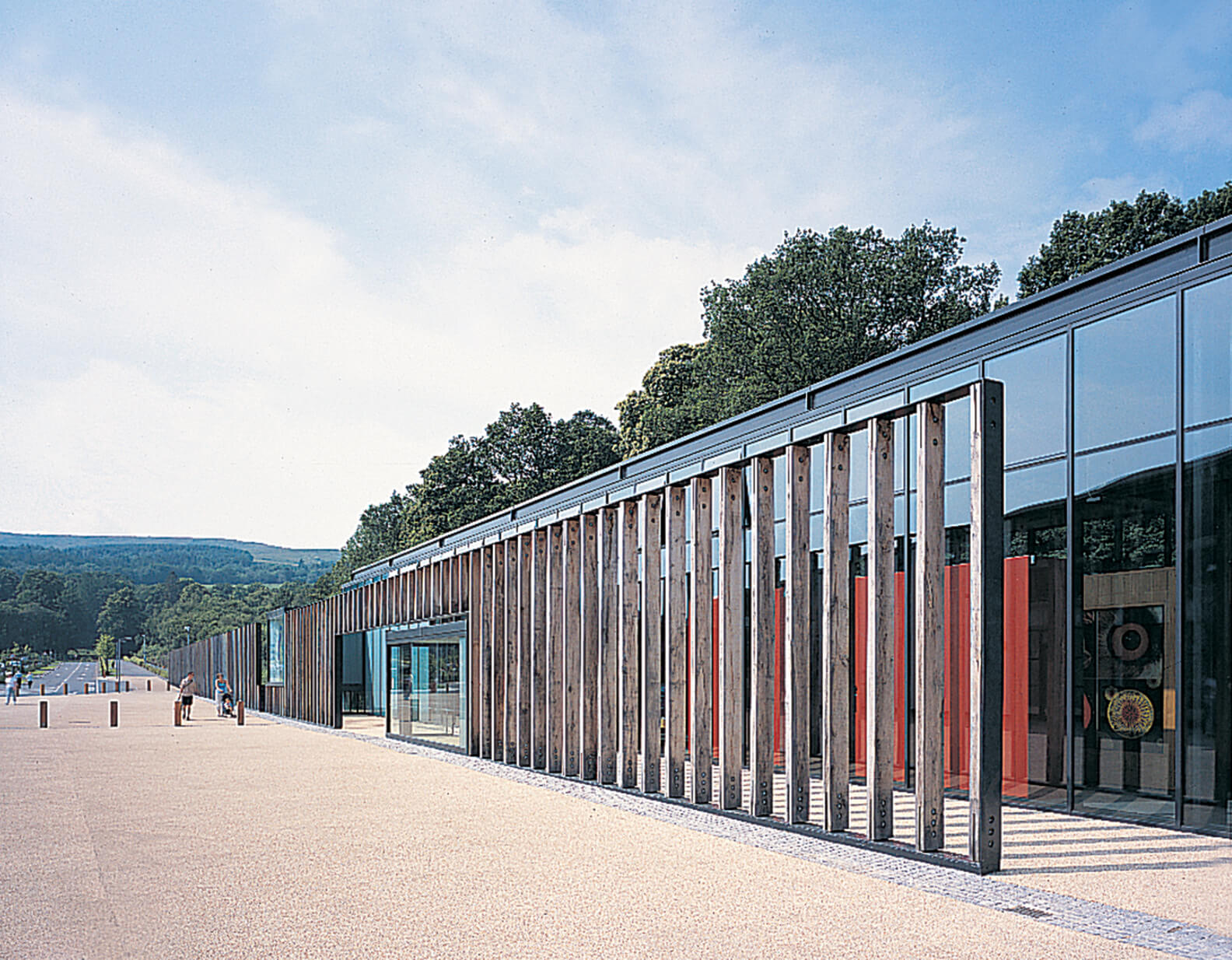 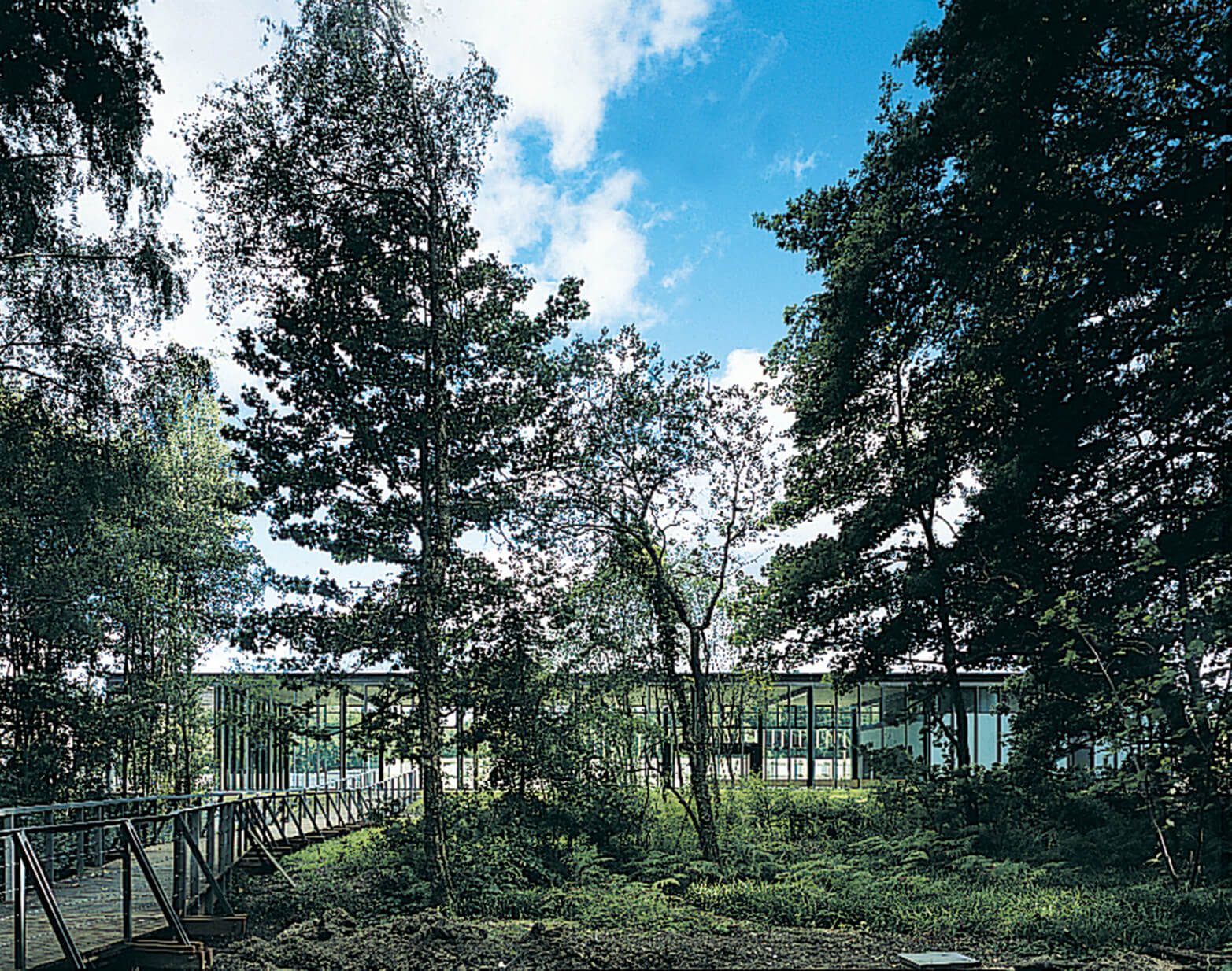 Loch Lomond and the Trossachs, established as Scotland’s first National Park in 2002, required a visitor facility that could cope with millions of visitors per year whilst introducing the concept of sustainability in the natural environment.

Bennetts Associates’ steel and glass pavilion, one of three buildings that together make up the Lomond Shores development, is constructed on a disused gravel pit at the southern end. In contrast to many other visitor centres, the transparency of its construction suggests that the main exhibit is the world outside and, in a sensitive response to the building, the exhibition design comprises a number of simple cubes that are positioned well inboard from the external walls. To accentuate the relationship with the landscape, the last structural bay of the building is open-sided and cantilevers over the water.

A 100m long, freestanding, timber colonnade provides a threshold between the Centre and the development as a whole, as a way of distinguishing the smallest building’s role from that of its more commercial neighbours and ensuring that its significance to visitors is beyond its physical size.

The entrance lobby and main stair landing form a prominent part of the colonnade’s function and visual composition.

To reduce carbon dioxide emissions from construction and use of the Centre, servicing is minimal and local materials are used wherever appropriate. As all available Scottish hardwood was allocated to the Scottish Parliament project at the time, storm-damaged oak donated by the French Government was used to fabricate the timber colonnade.

Beyond the Centre, a woodland walkway, animated by a series of public art installations leads from the building to a nearby beach that commands spectacular views over the Loch towards Ben Lomond.