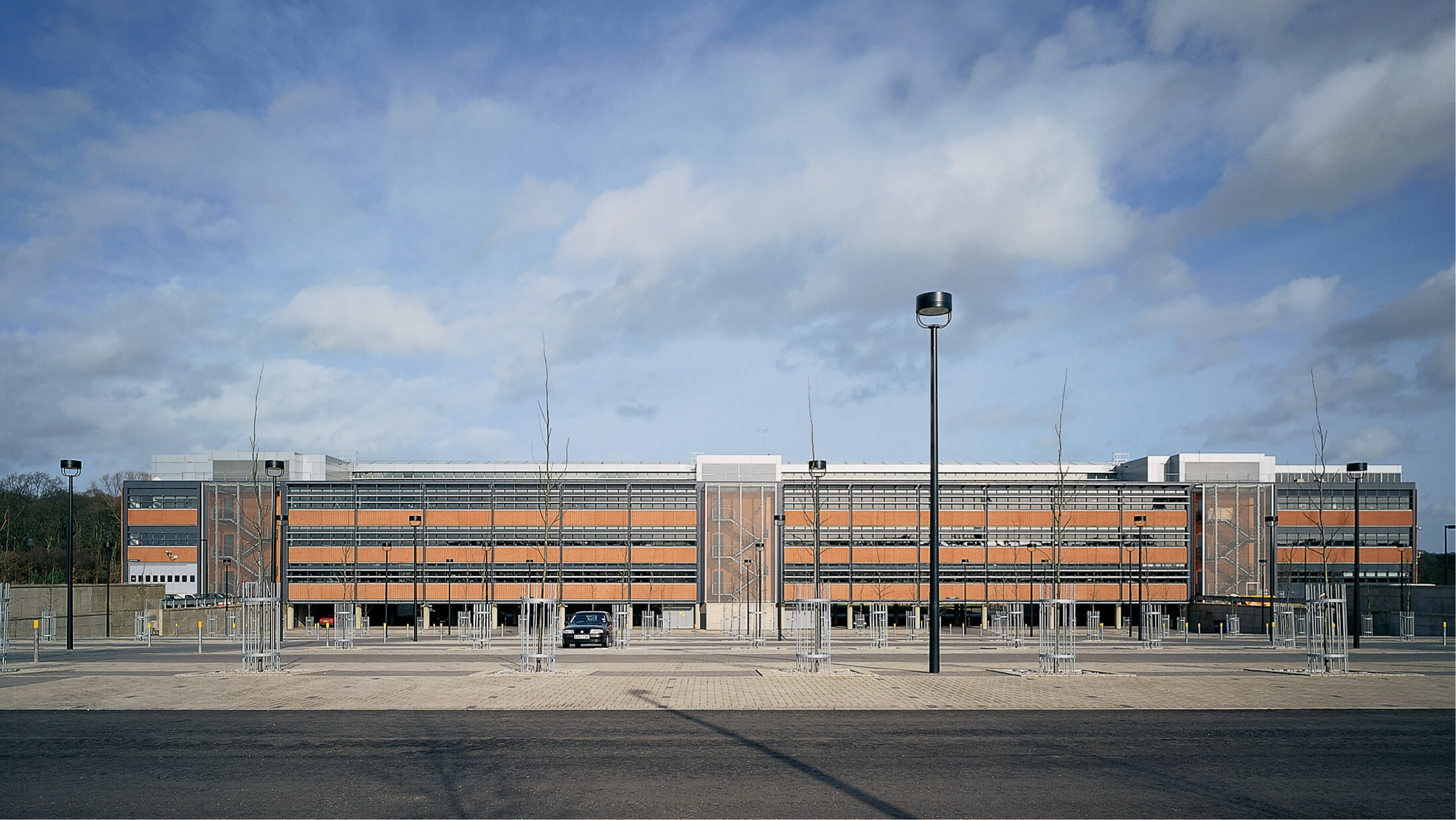 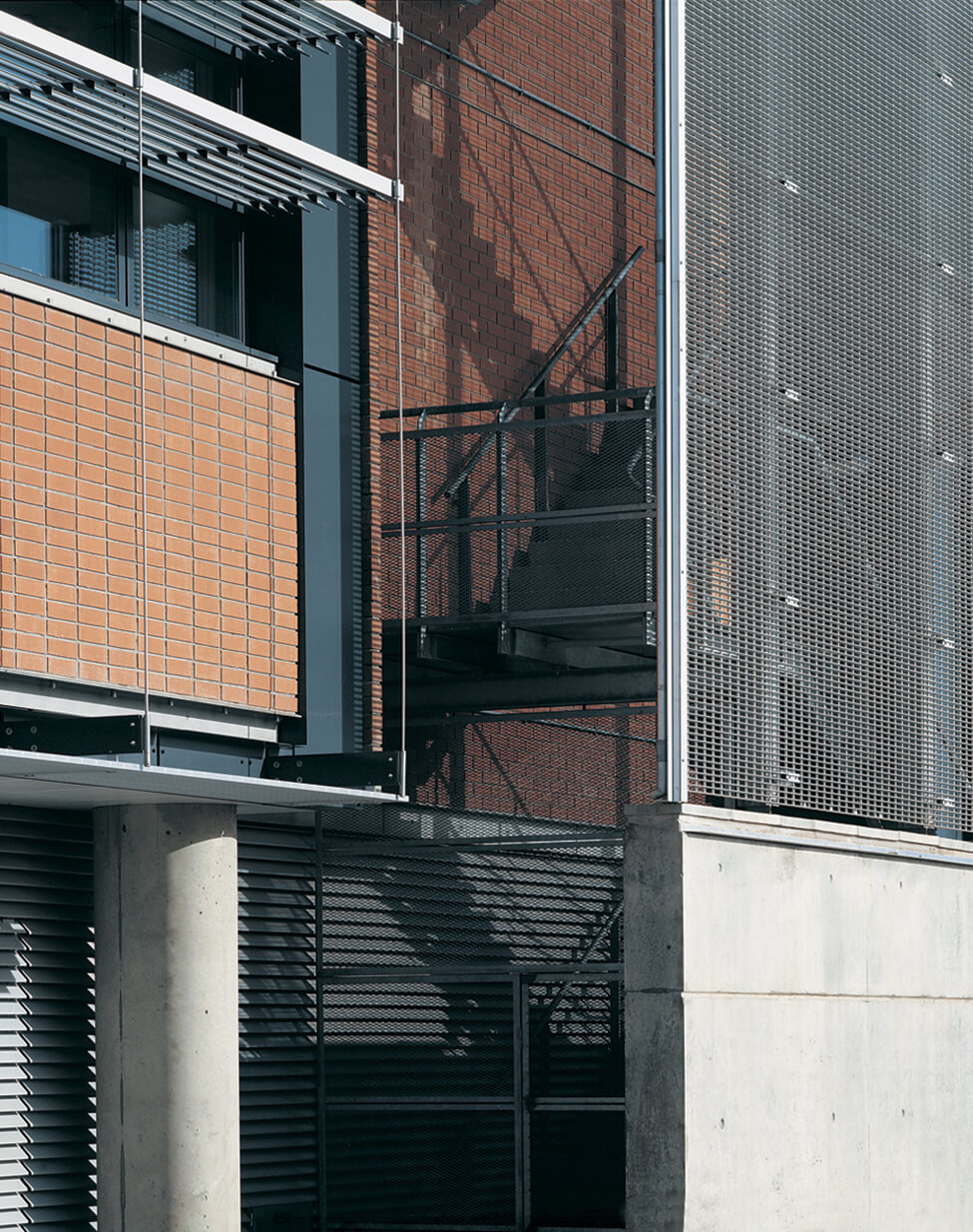 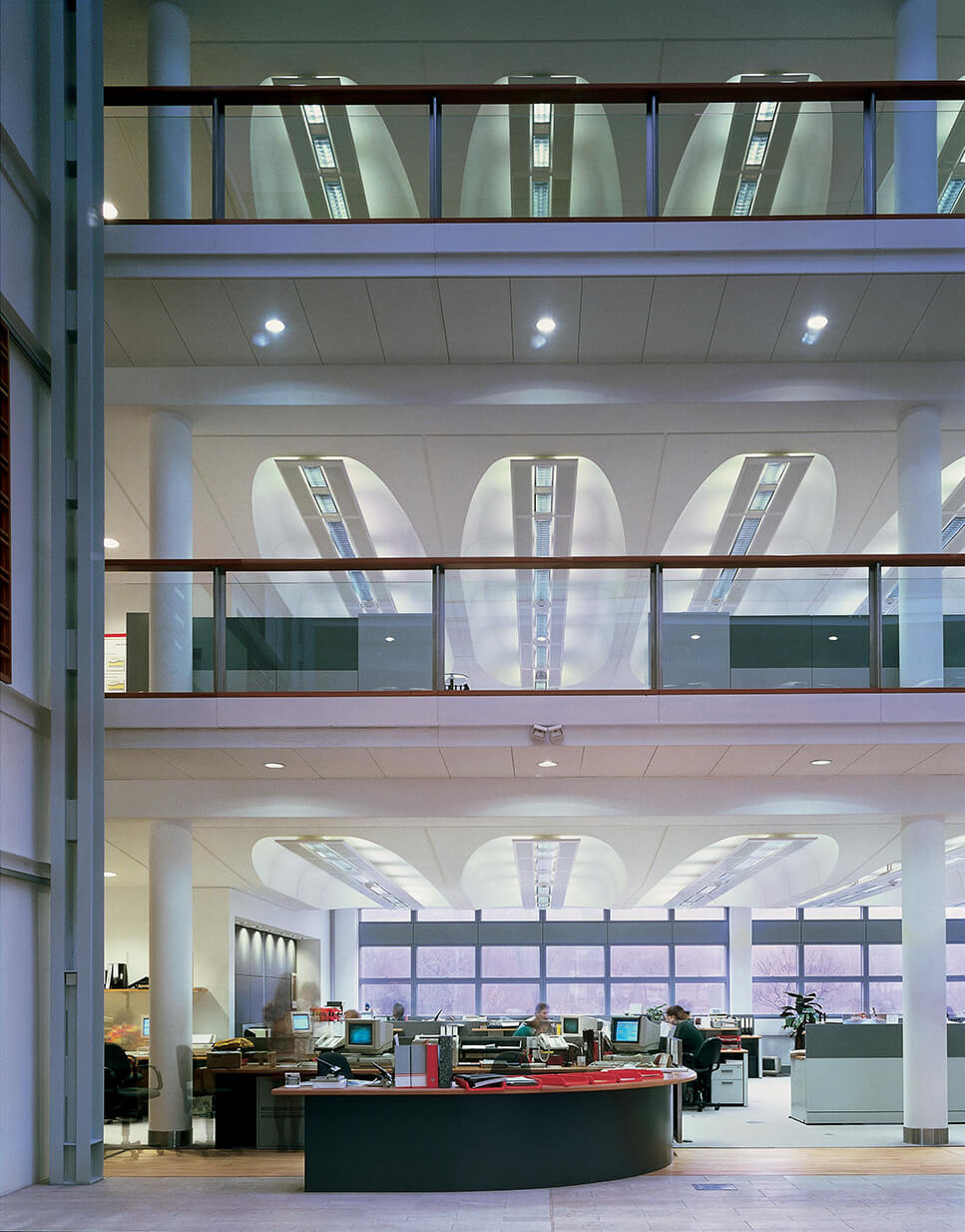 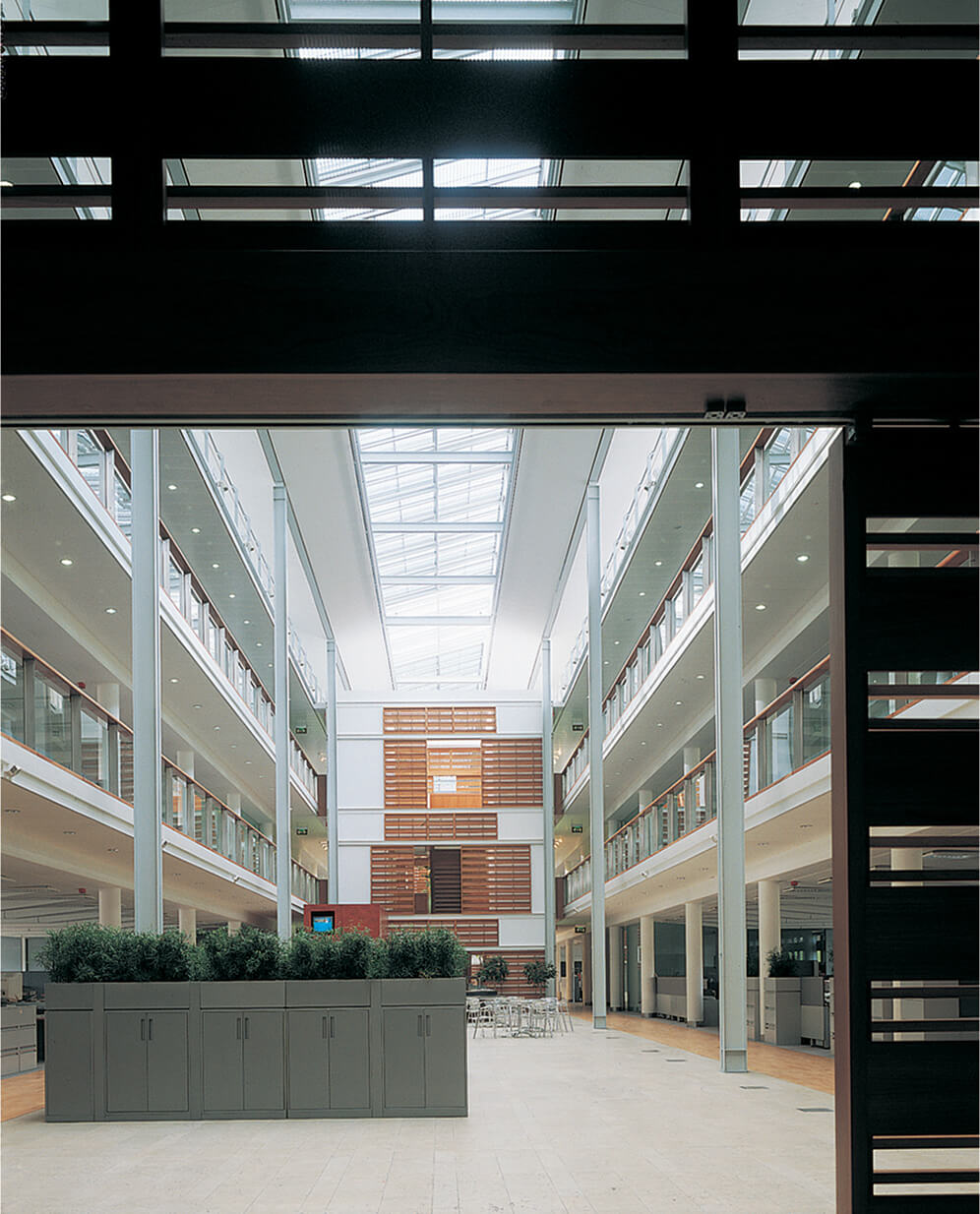 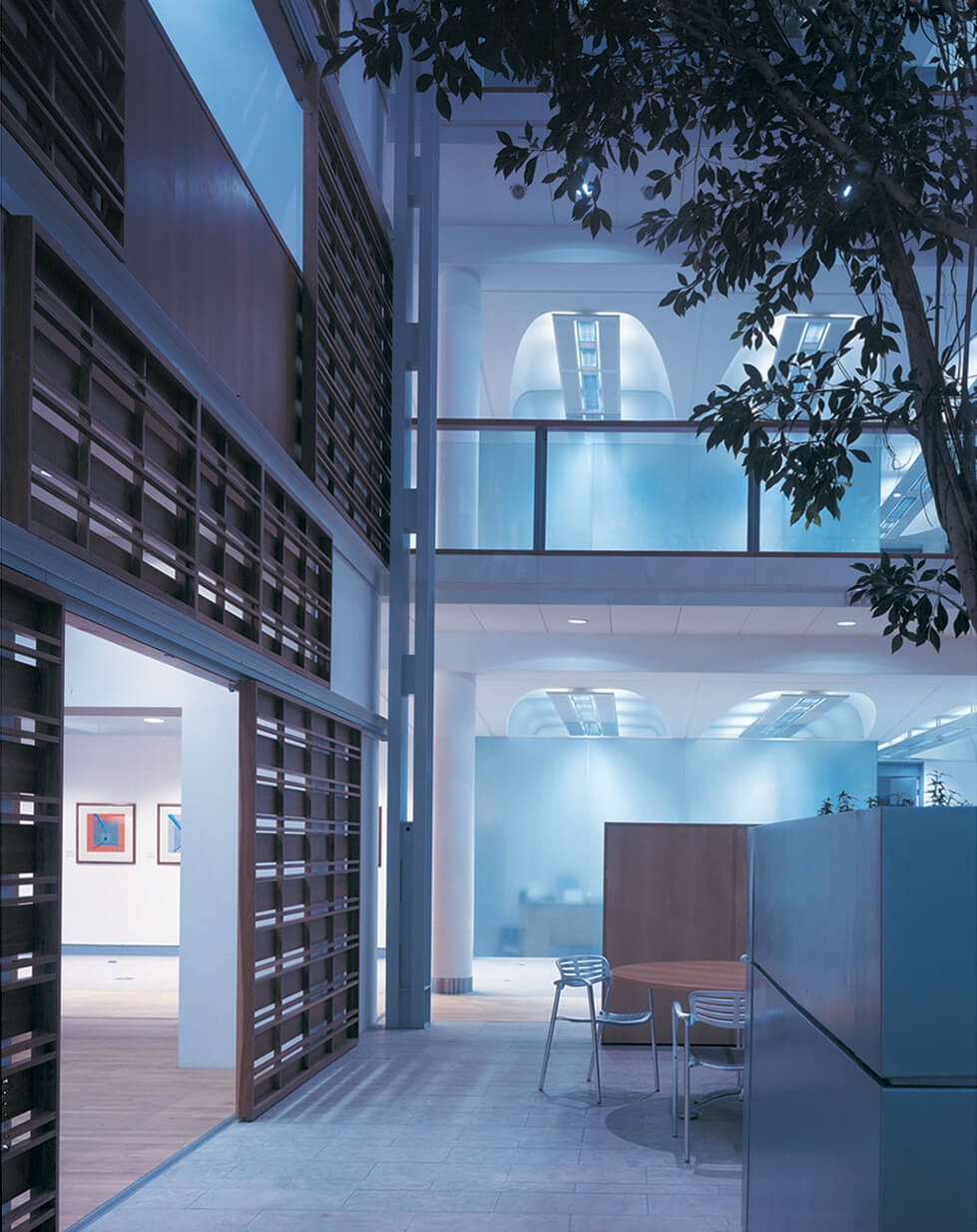 The Powergen Headquarters has been described as the most influential office building of the 1990s.

In the context of the many dramatic changes affecting the electricity industry following privatisation, Powergen set out to provide a far more efficient working environment for its core staff, commensurate with its need to focus on operational costs and re-integration of a previously dispersed organisation.

This led to a design which considered the workplace to be pre-eminent and, in challenging the conventional wisdom of 1980’s office space, incorporated narrow depth of space, clearly defined circulation routes, energy efficiency, local control over the environment and visual stimulus. Extensive analysis of working patterns, daylight and ventilation led to a prototypical floorplate of around 12m in width and 43m in length, with a circulation route placed along one side to avoid fragmenting the predominantly open plan area. Natural ventilation and an exposed, vaulted concrete structure allowed a clear span across the office space and provided sufficient thermal mass for “passive” cooling on hot summer days. The main body of the building comprises twelve identical floorplates arranged on three floors around a linear atrium, with timber-clad towers – containing stairs, coffee points and business centres, providing busy focal points at all levels. Beyond the floorplates, the building contains the main entrance, conference rooms and restaurant at one end and facilities reception, computer suite and energy management centre for the power stations at the other.

Externally it has an austere aesthetic that consciously reflects the client’s wish to avoid an extravagant building at a time of national recession.

The project has won many awards from across the industry, including a RIBA architecture award, British Council for Offices award, the British Institute of Facilities Management Award, both UK lighting awards and various construction awards. It was completed on time in 1994 and well within the original budget by way of a Design and Build contract. A visit to the project in 2014 showed that it was still functioning exactly as intended.