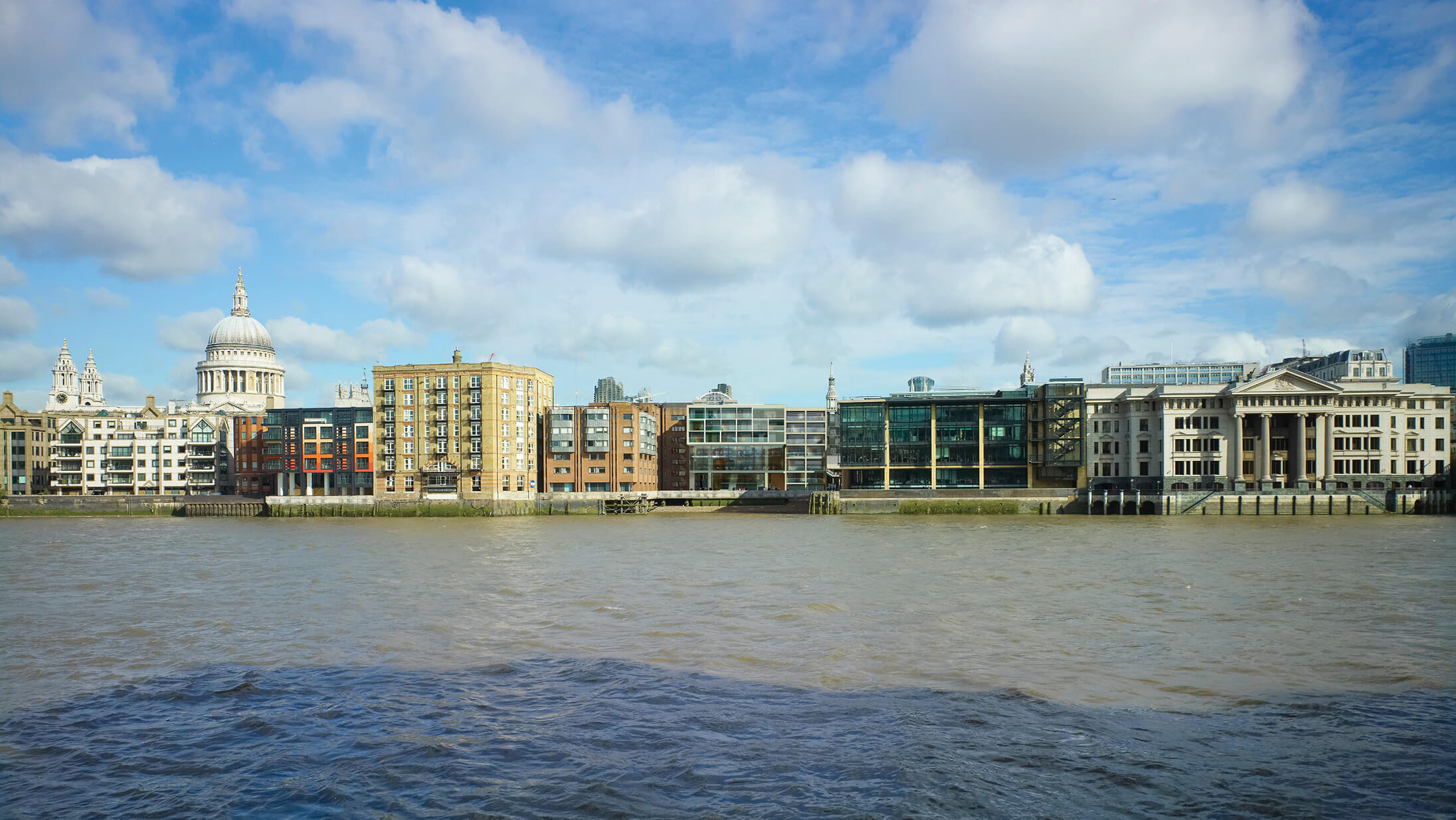 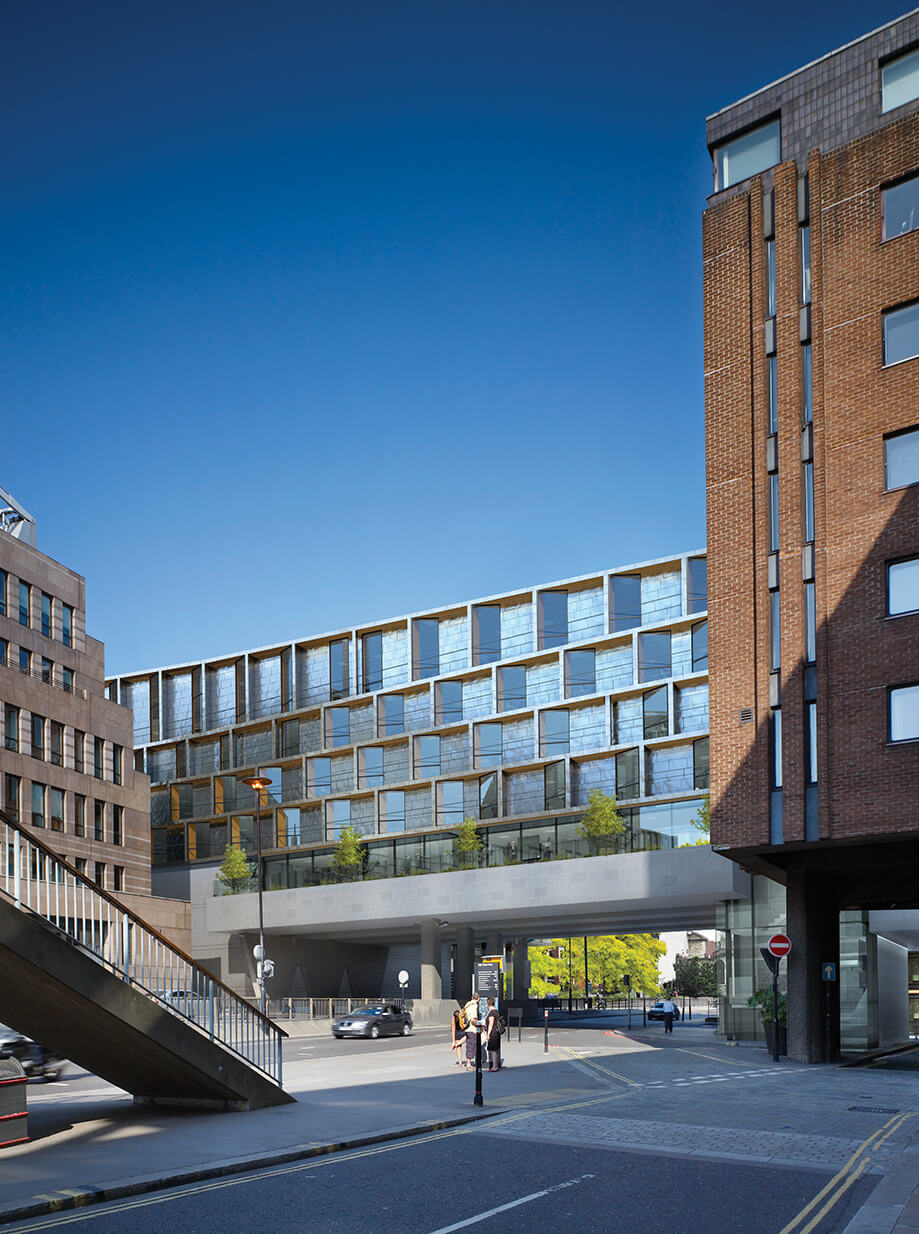 Located on the north bank of the Thames, the project connects the area near St Paul’s with the old Queen Hithe dock and completes the northern riverbank walkway between the Tower of London and the Millennium Bridge.

Constrained by St Paul’s Cathedral’s heights and a retained bridge structure over Upper Thames Street, the hotel’s distinctive wedge shape gently slopes down the length of the site, from Huggin Hill to the north to the Queen Hithe dock to the south.

The building’s facades consist of layers of materials. A stone base anchors the building in the City while upper floors , clad in lighter, reflective materials, include deep reveals providing solar shading and brightly coloured surfaces to further animate the façade.

The lower levels of the eight-storey scheme will house the hotel’s public spaces, including restaurant and conference areas. At the south end, the double-height glazed reception area and first floor hotel bar will have spectacular river views overlooking Shakespeare’s Globe and the south bank. Hotel bedrooms predominantly face east and west and will have angled windows looking towards St Pauls, St Mary Somerset and St James Garlickhythe. Three of the nine riverside apartments will sit above the hotel bar on the riverfront, with the remainder in the adjoining block to the east.