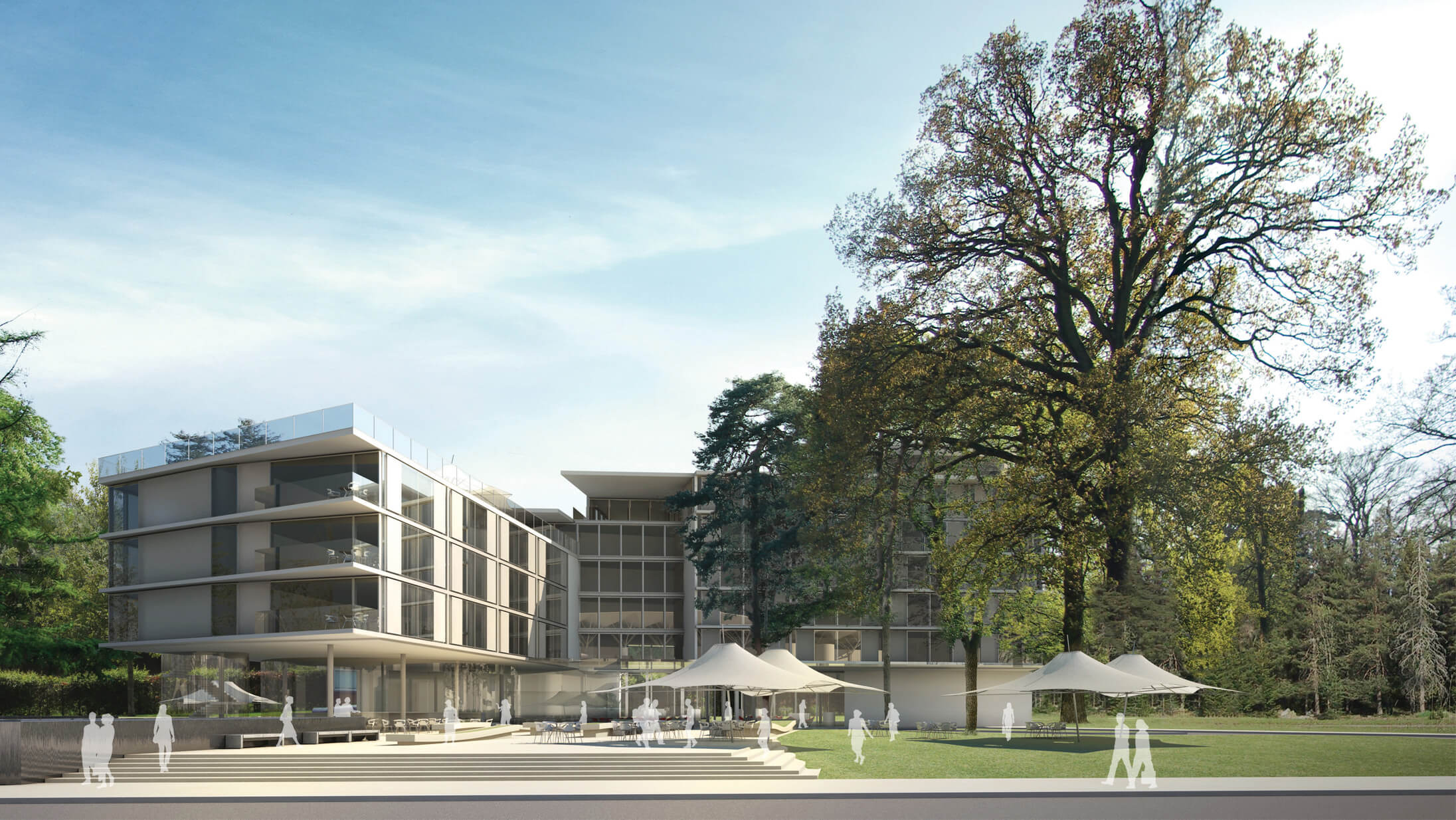 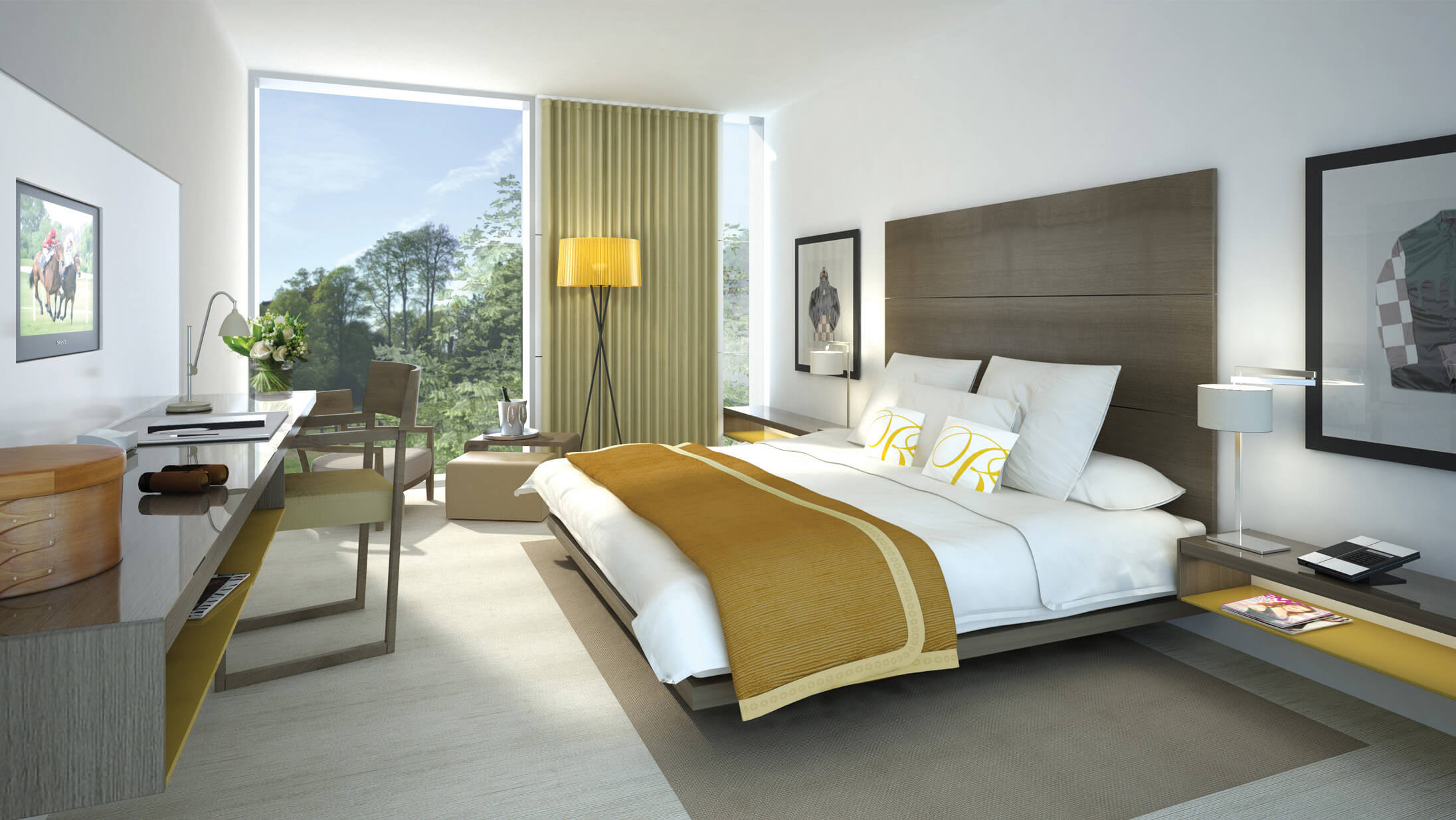 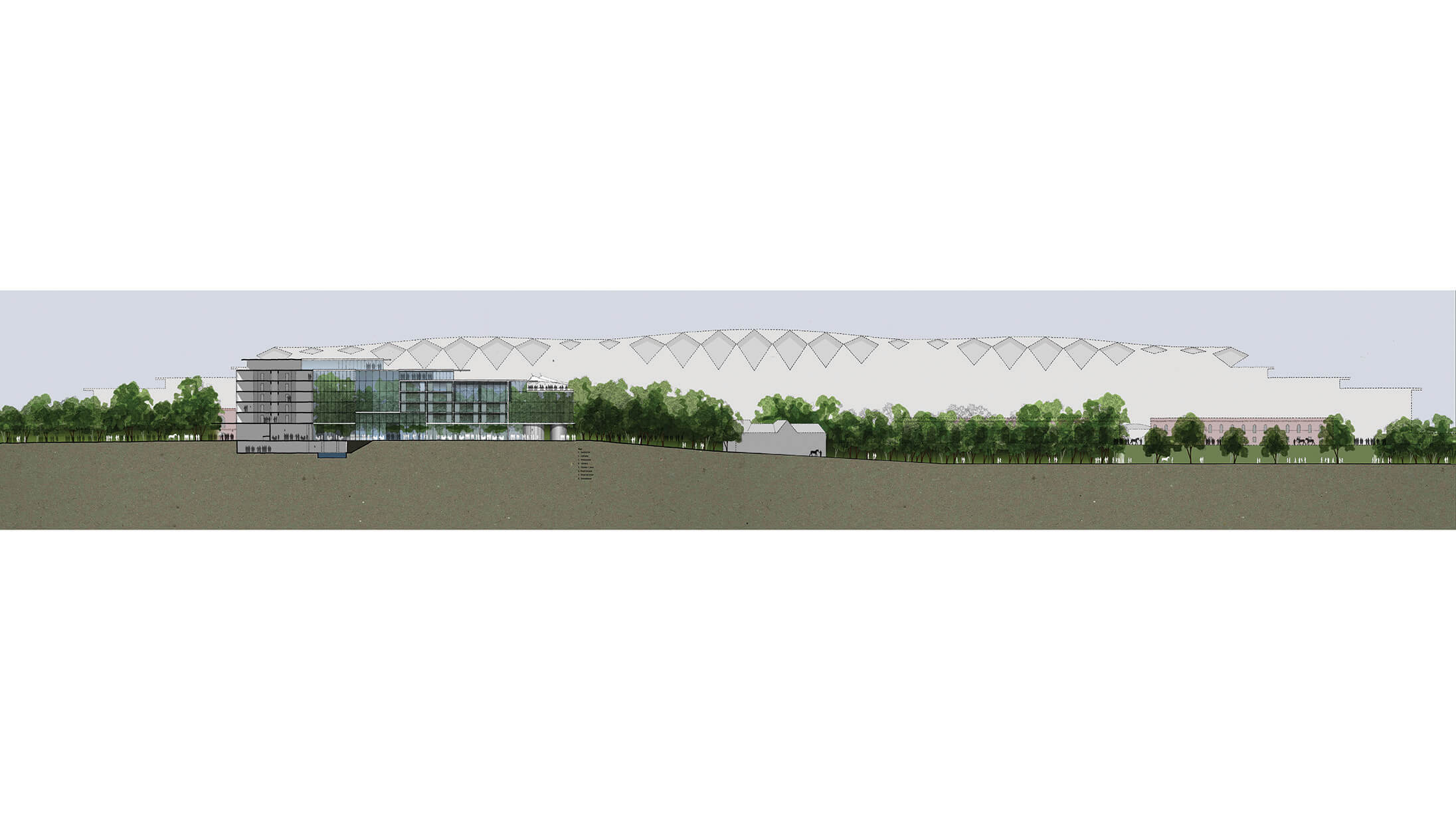 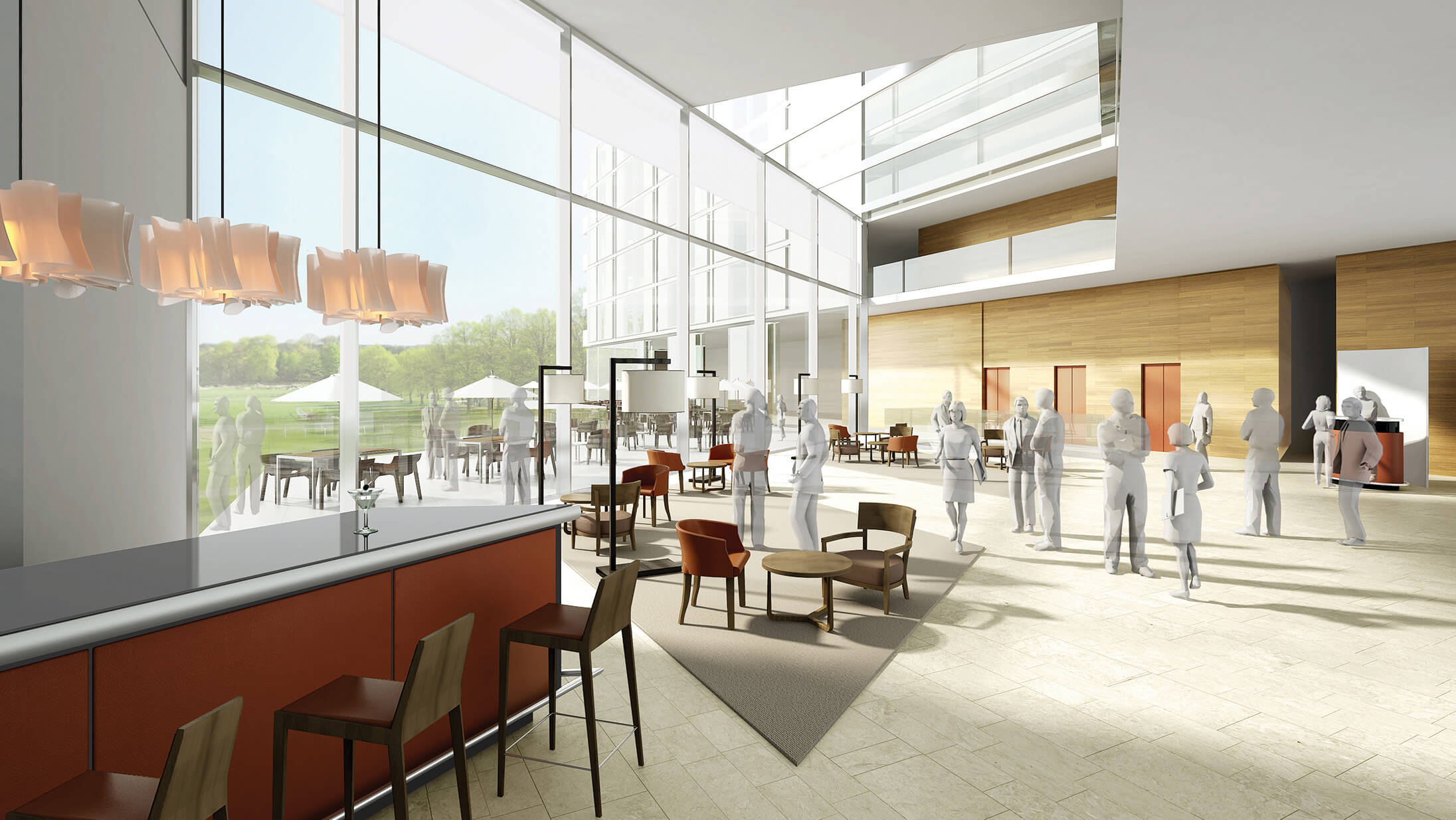 Bennetts Associates was appointed in 2007 to design a 4 to 5 star rated hotel near Royal Ascot Racecourse. The new hotel complex would form an integral part of the racecourse and complement the new grandstand that opened in 2006.

The hotel was designed to contain 200 bedrooms, including 20 suites, and be connected to the racecourse arena via a covered link. Although a main conference space was already provided within the grandstand, the hotel would include smaller conference areas. It would also contain leisure facilities such as a spa, sauna, pool and gym.

A bar and restaurant were to be provided, as well as a Michelin-style restaurant which would flow onto a roof terrace with views towards the grandstand area.