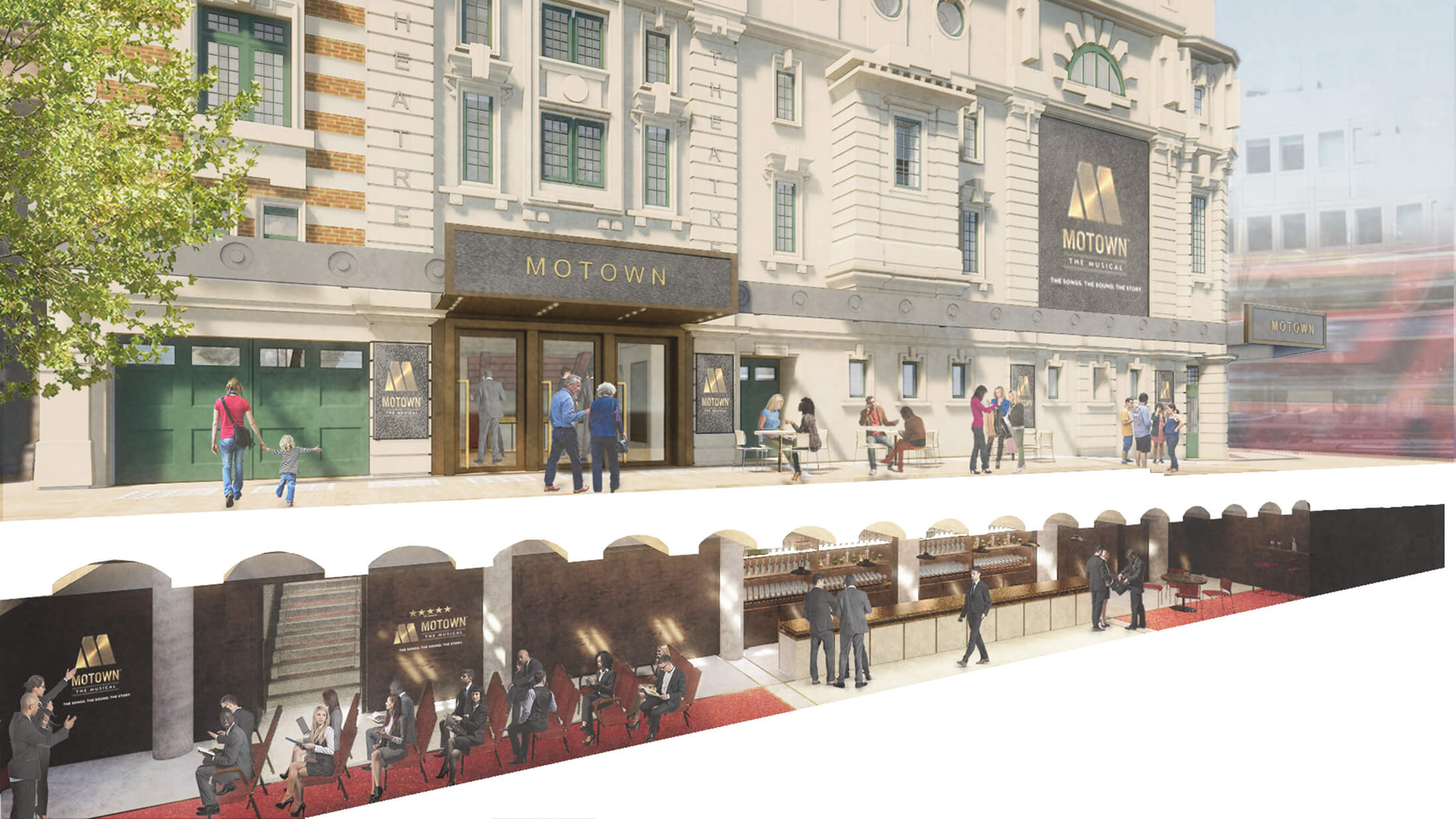 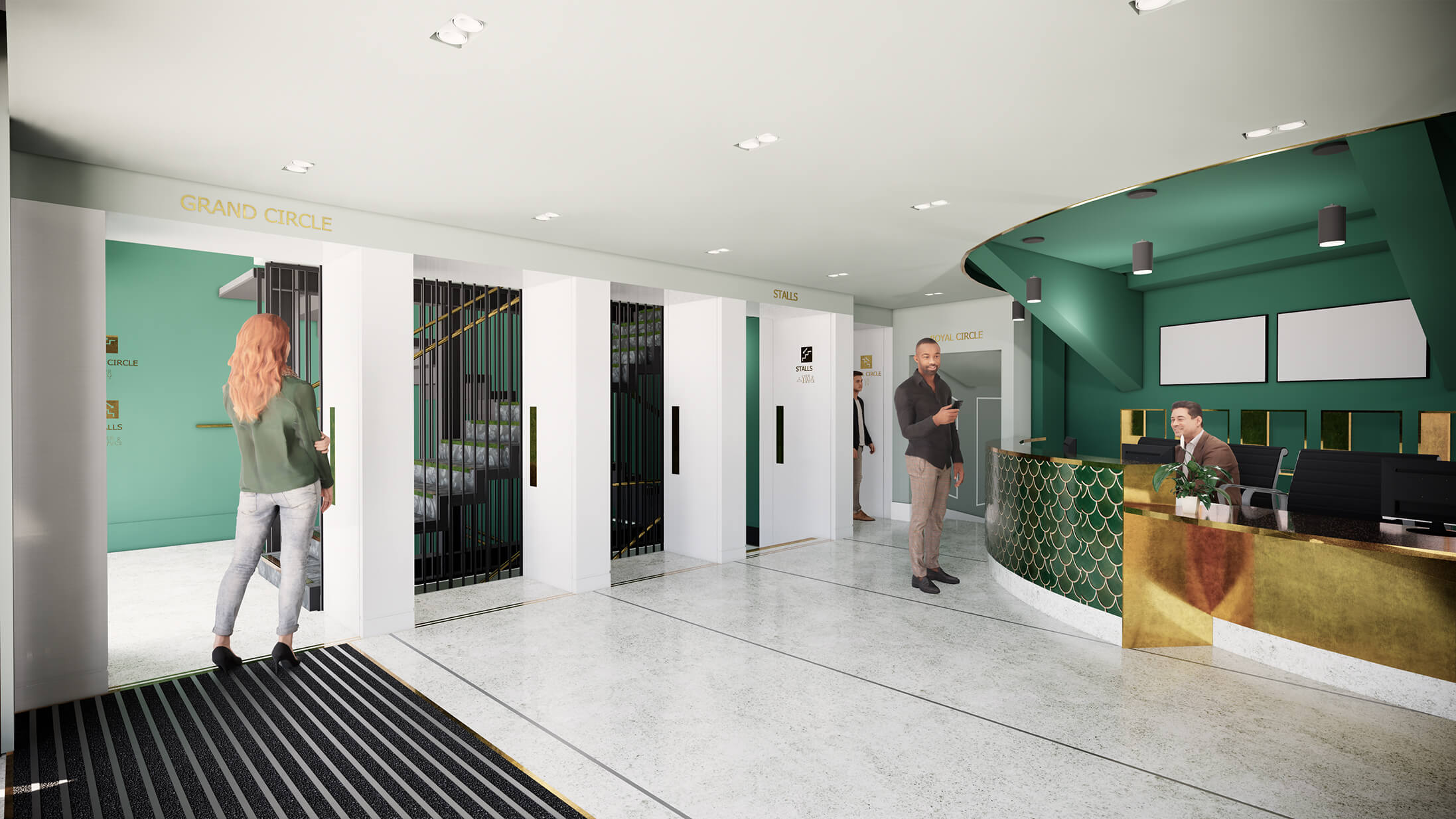 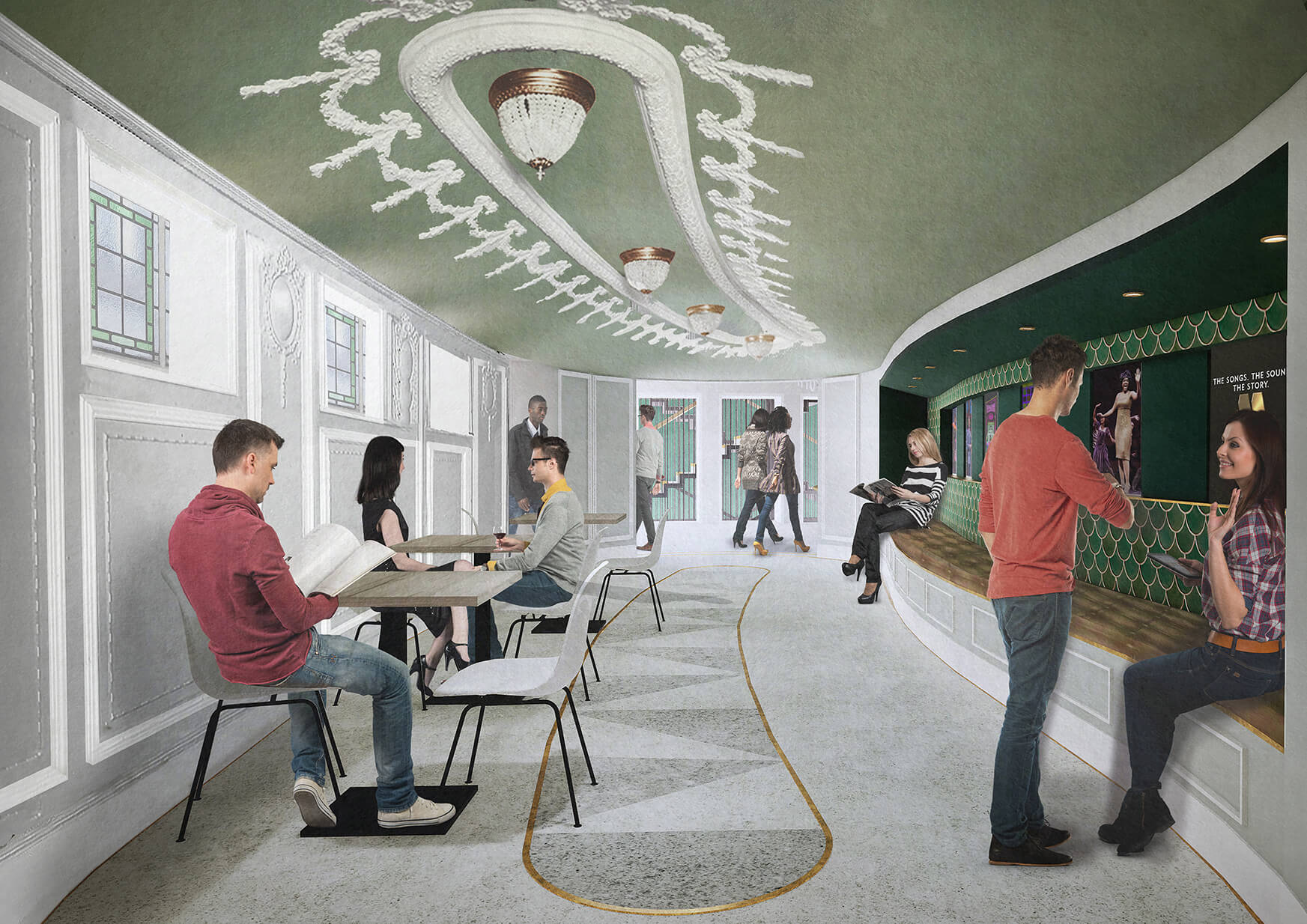 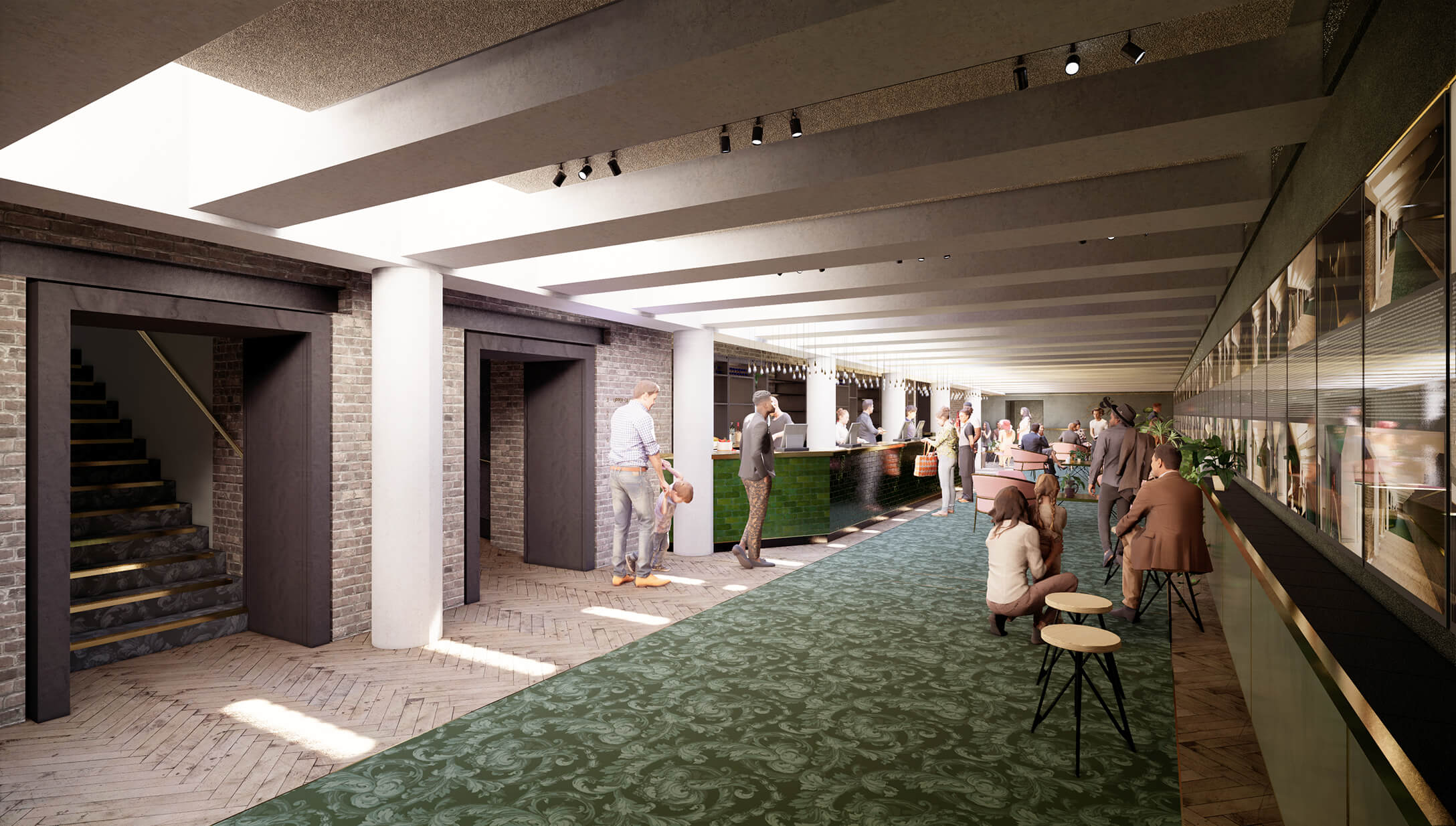 The Shaftesbury Theatre is the largest independent theatre in the West End. Purpose-built in 1911, the Grade II listed Theatre has been a prestigious stage on which to show renowned, large-scale productions for over a century.

Since the completion of the spectacular roof-level fly tower extension in 2016, Bennetts Associates has continued its close collaboration with the Shaftesbury Theatre for the final stage of the building’s remodelling which will focus on the Theatre’s front of house.The proposed works have been split into multiple phases which will be completed over several years, while the Theatre continues to perform unabated.

Located in the London Borough of Camden, whose “West End Project”public realm improvement scheme has enabled the creation of a dynamic subterranean basement to the building.

The new front of house begins with removing the existing, inadequate bar from the foyer and relocating the main entrance doors to face the new public square which will catalyse activity, improve circulation, legibility and enhance access via a new lift and open staircase.

Introducing significant changes to the historic fabric has required a balance approach between delicate heritage and improved functionality. Ongoing and close consultation with both the Theatre Trust and the local planning authority has offset any potential problems.

The grand scale of the decorative auditorium belies the constricted, complicated, and socially divisive foyers and auxiliary spaces which reflect the inequalities of Edwardian society. Through consciously exposing and reversing these divisions, redundant staircases were repurposed and opened to increase legibility and improve the visual connectivity between spaces.These careful alterations to the historic fabric have increased legibility for patrons, whilst the subterranean basement extension, located beneath a new public square, will open the restricted footprint of the building by approximately 200m to include a much needed bar and toilet facilities.