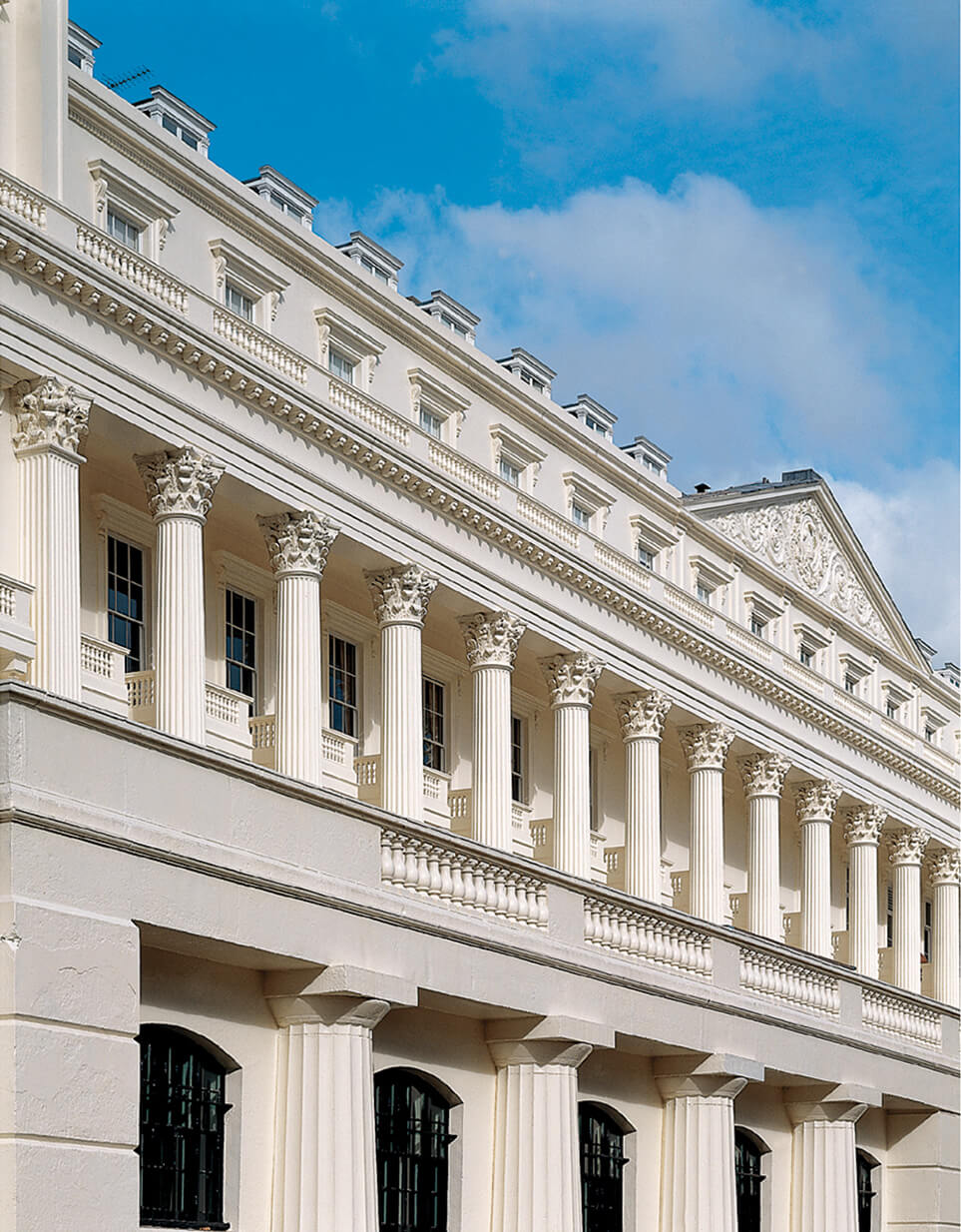 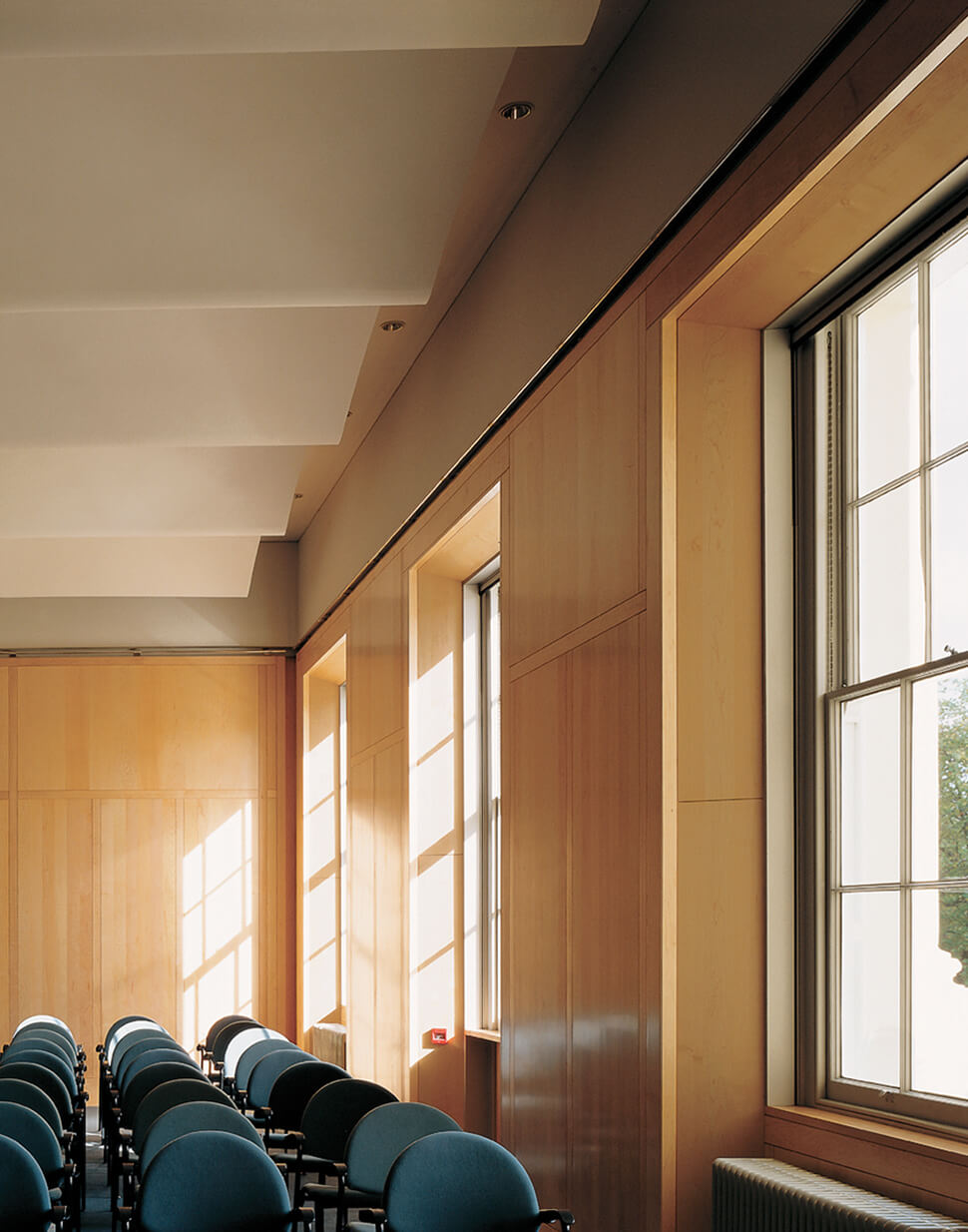 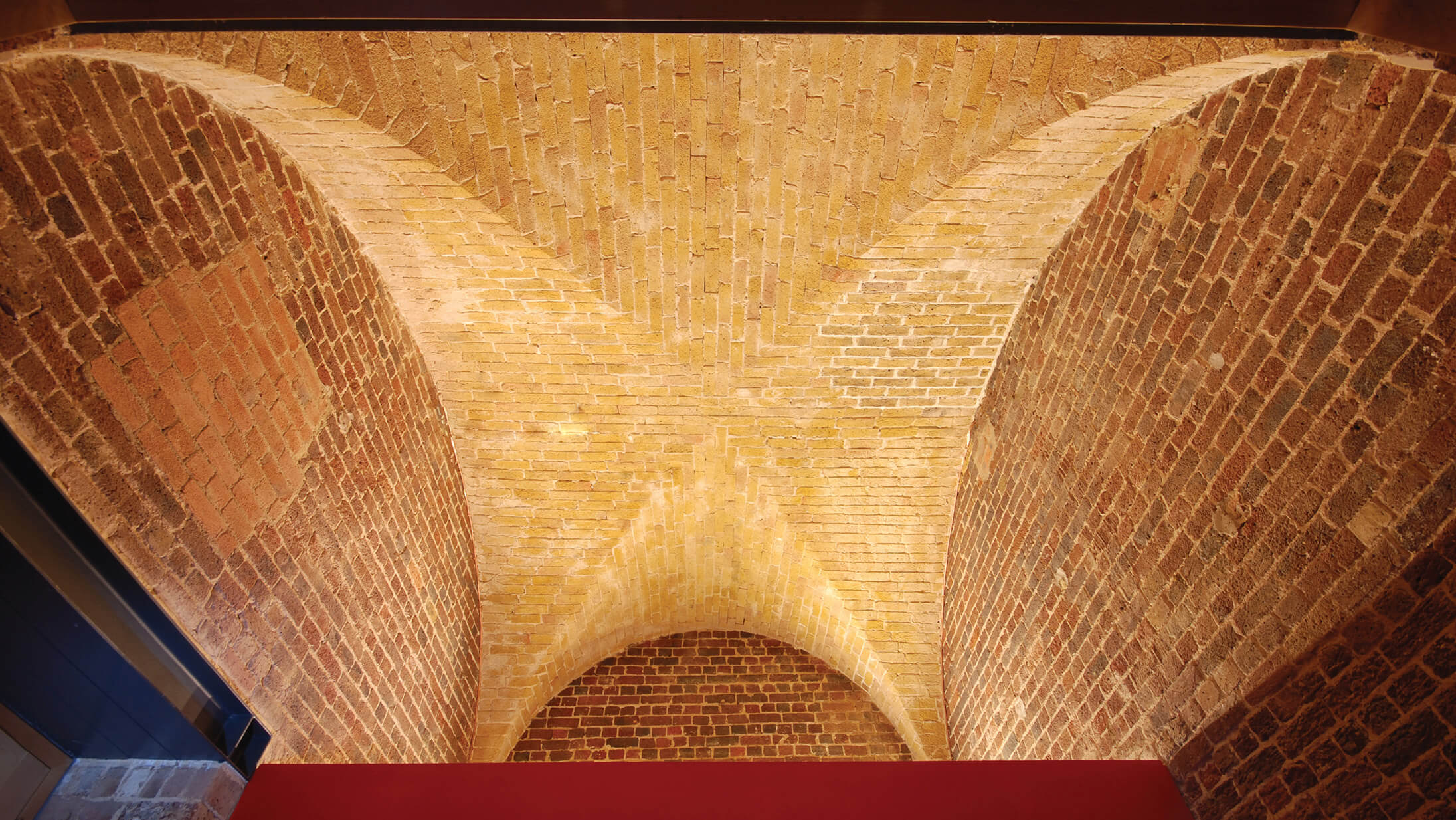 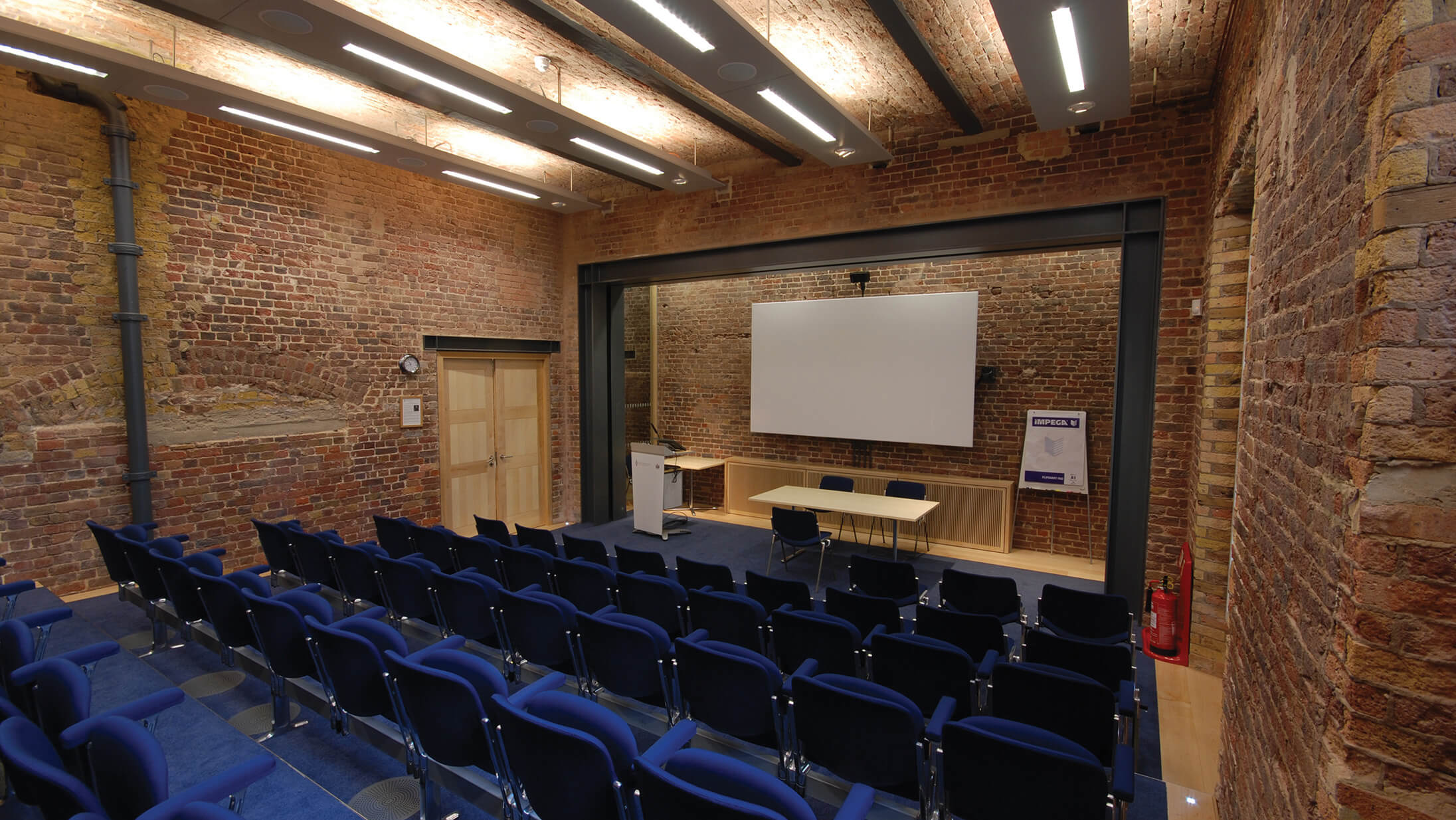 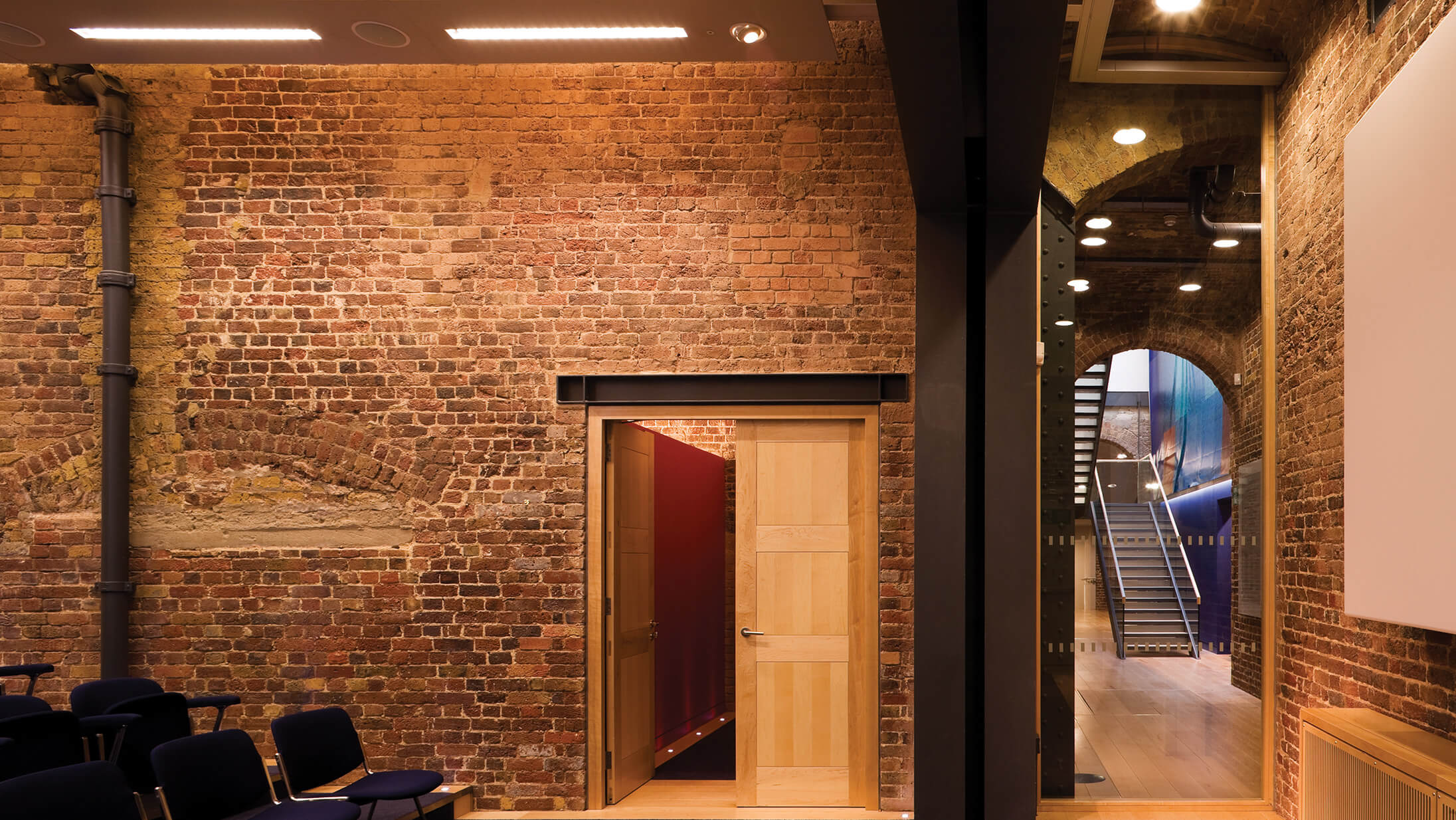 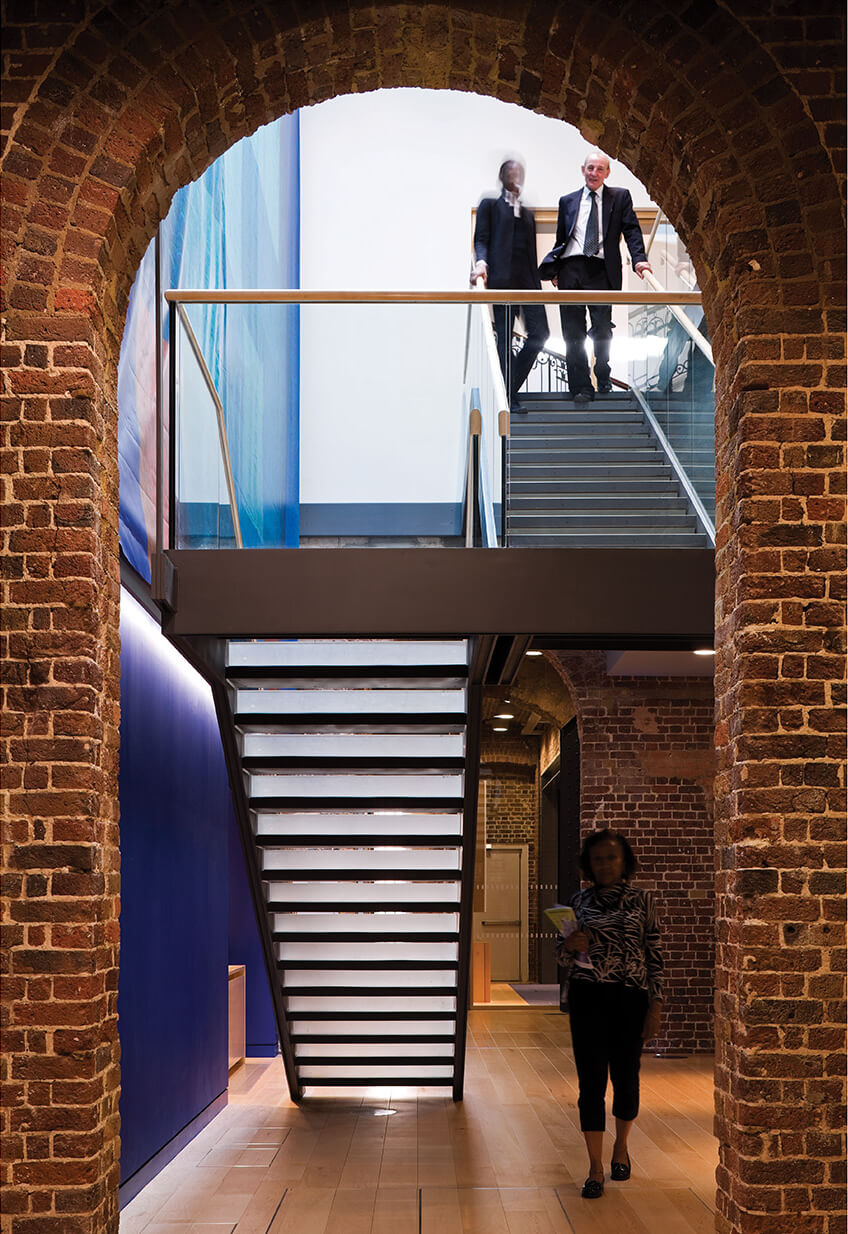 “ The College has worked with Bennetts Associates for approaching 20 years and in that time we have had two major projects relating to the development of our grade I listed building. Our brief was challenging and demanding and Bennetts delivered an imaginative solution to our requirements.”

The extensive internal remodelling of a Grade I listed building provides a sequence of public and private spaces for a professional association.

The refurbishment of The Royal College of Pathologists in 1993 restored the Regency interior to its original proportions. The scale of Carlton House Terrace reflects its status as the last major element of Nash’s grand plan for London. No. 2 Carlton House Terrace had suffered from wartime bombing followed by an unsympathetic reconstruction.

Clarification of internal spaces was achieved in two ways; first, by arranging the College’s public and private functions on different floors to reflect the building’s underlying hierarchy and, second, by recreating a clear sequence of major and minor spaces on each floor in accordance with Nash’s planning grid.

At the centre of the property, a lightwell was reconstructed to create additional top-lit space on the ground floor and to restore the feeling of a piano-nobile at first floor level. New wall linings were stopped short of internal corners to express the form of construction and to provide a modern equivalent of pilasters for visual definition. As there were no remaining Regency features internally, The Crown Estate and English Heritage supported proposals for a modern aesthetic which could incorporate the requirements of a fully equipped conference suite with air conditioning. A simple palette of maple joinery, painted surfaces and an aluminium picture rail/cornice enabled the splendid proportions and light within each room to speak for themselves.

In 2008 the practice completed a new education centre within the previously unused basement.