This high-profile energy-efficient headquarters building for BT in Scotland occupies a focal position on Edinburgh Park.

In response to its position, the BT building is divided into two principal forms: a rectangular volume containing all of the regular office accommodation and, in counterpoint, an amenity and conference block that takes the form of a red cube within a glass and aluminium cylinder. The series of lochans, or small lakes, that are a feature of Richard Meier’s original masterplan for the park, have been extended so that the cylinder is surrounded by water.

Internally, the office floors are arranged in six parallel floorplates over each of three levels, with lateral circulation routes defining the east and west perimeter. On the west side, three circulation/service towers reflect the organisation of the interior into pairs of floorplates: on the east side, full height glazing expresses the enhanced scale of the circulation space and enables all occupants to see the spectacular views over the lochan towards Edinburgh Castle and the Pentland Hills.

The floorplates themselves have a 13.5 metre clear span, with a vaulted concrete structure acting as the structural, visual, thermal and acoustic medium for a memorable office environment.

Energy efficiency is further enhanced by rigorous calculation of heat loads together with careful placement of sunshading or in-cavity blinds, with the effect that artificial cooling is needed for only a few days per year.

Site enabling works commenced in October 1997 with the culverting of a small river, followed by a Design-and-Build contract for the project as a whole. Completion was achieved on time and within budget in Spring 1999. 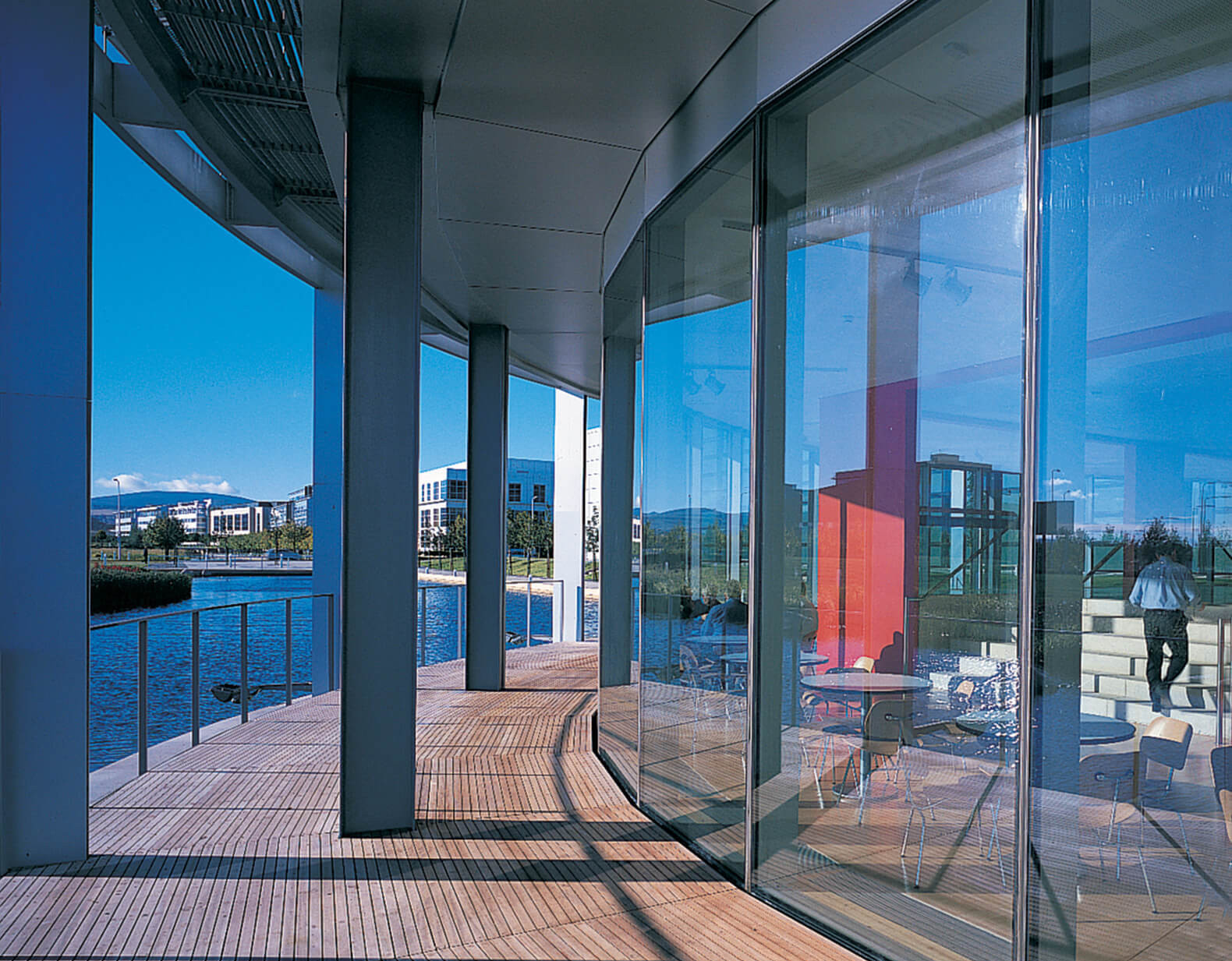 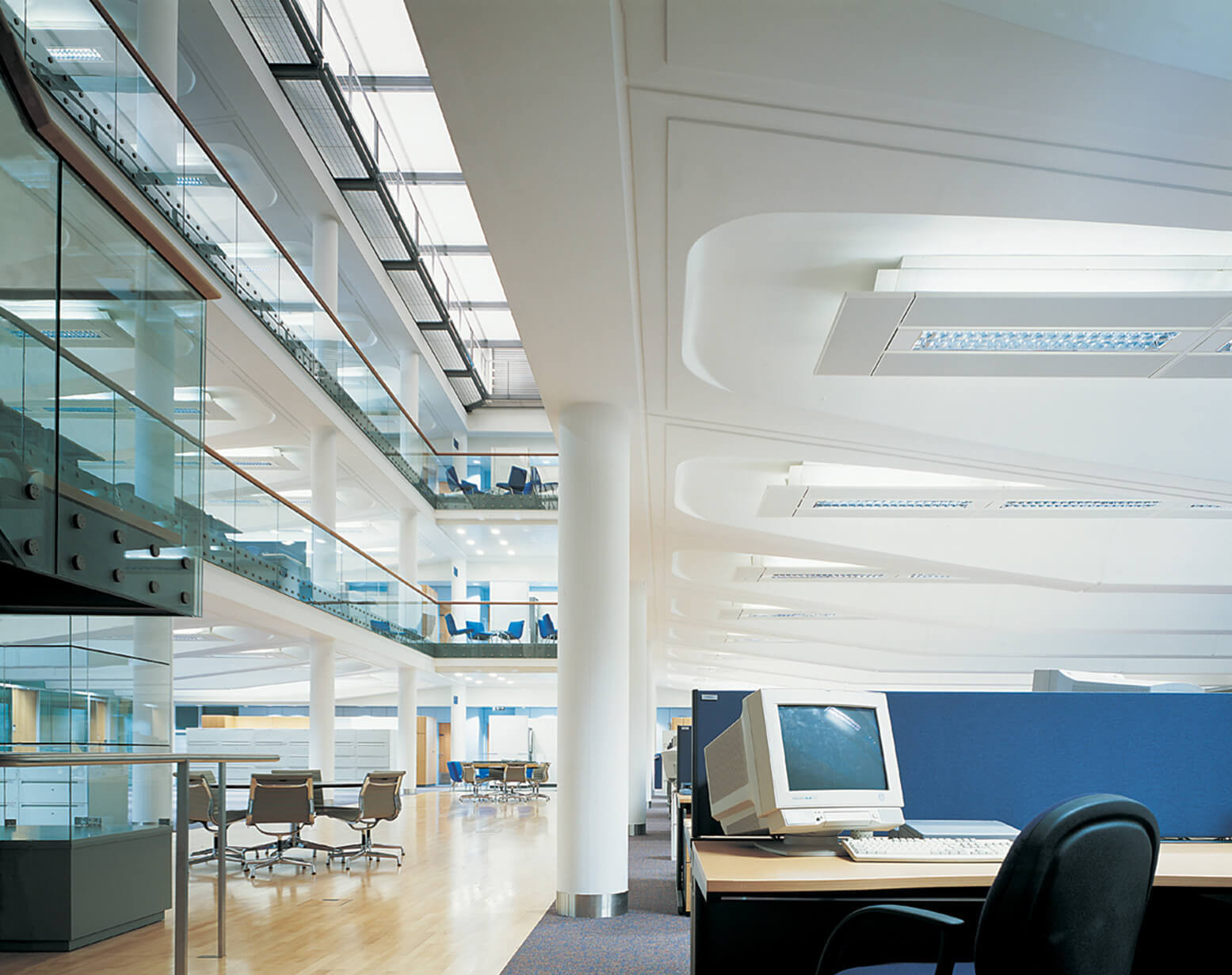 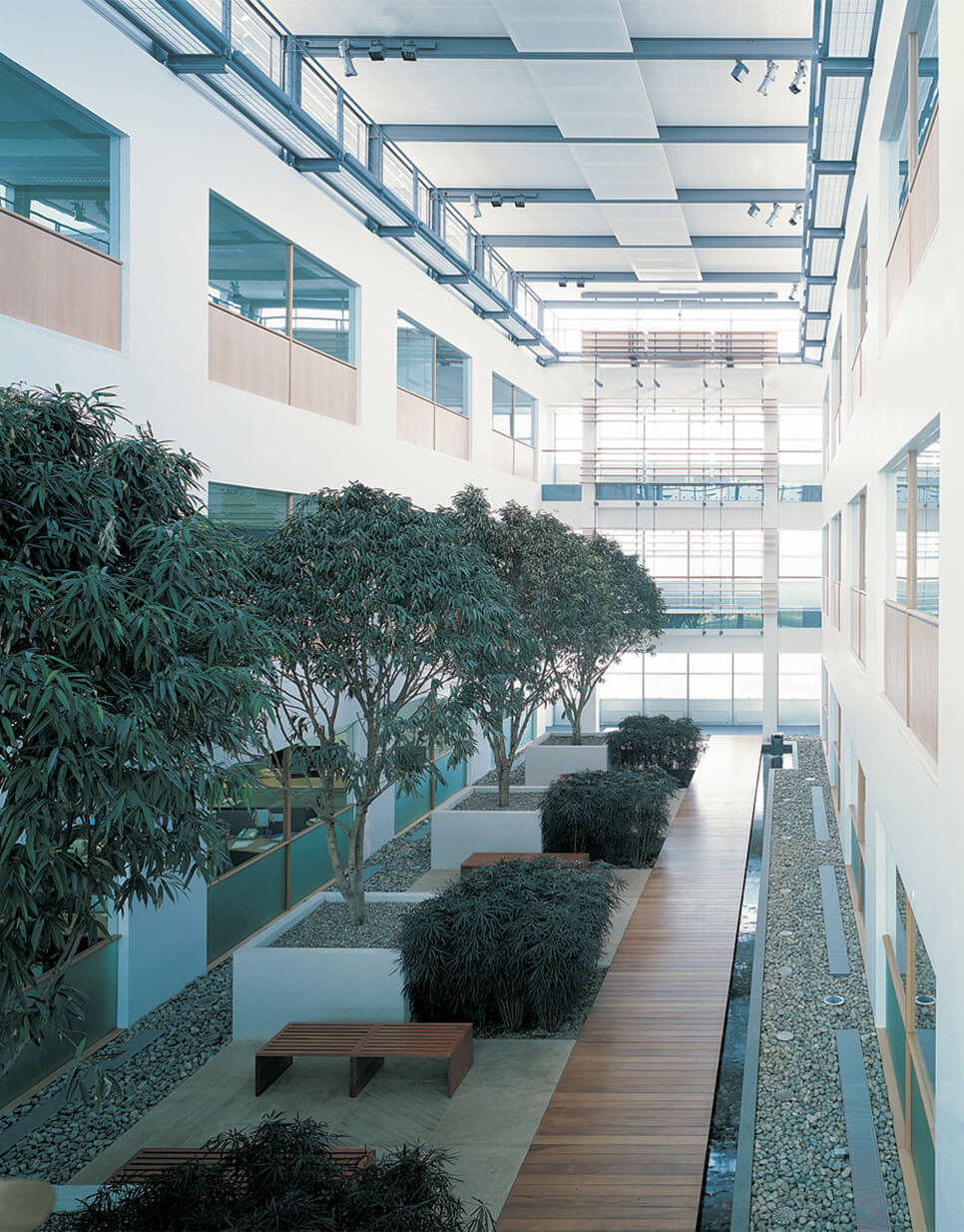 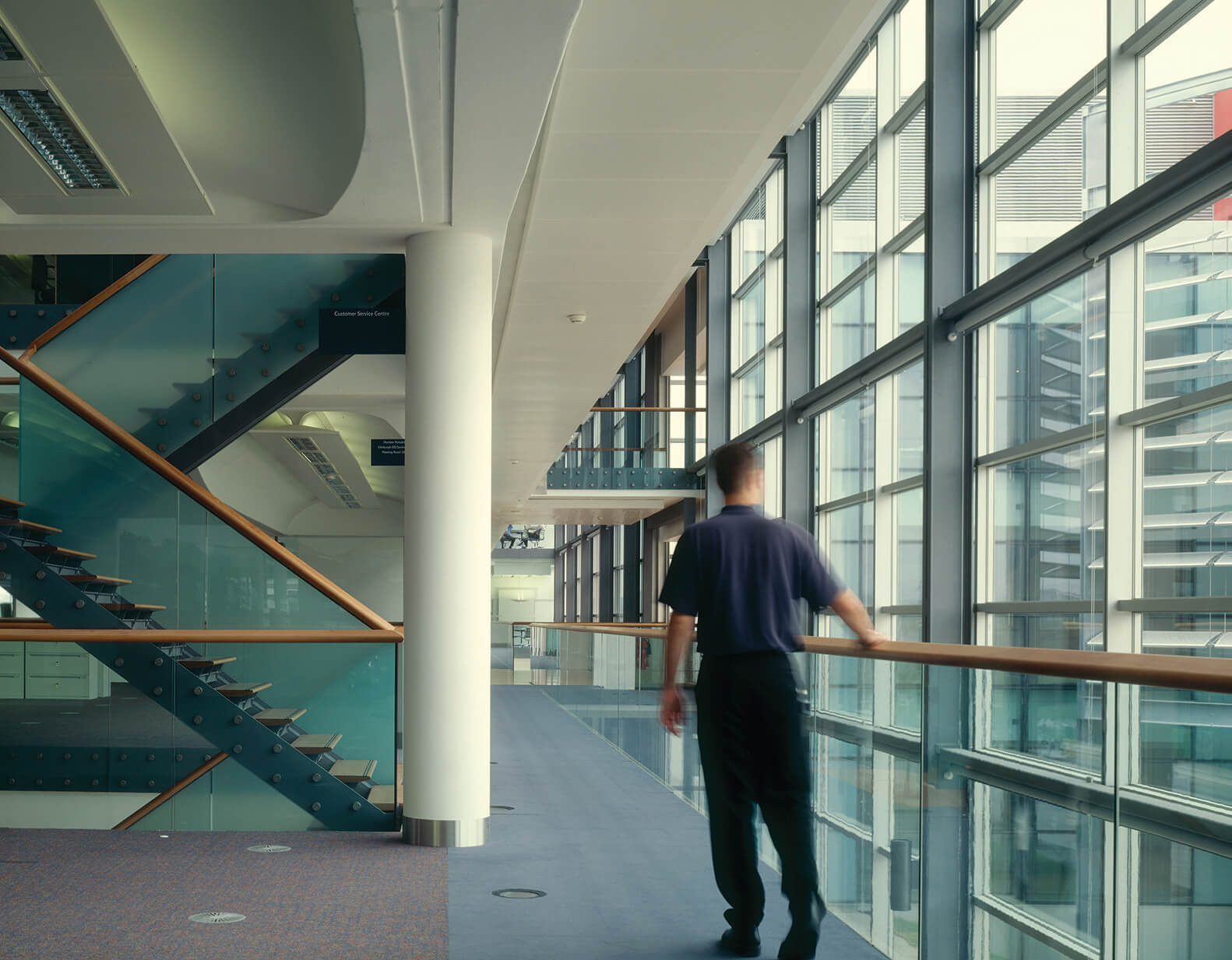