After an exhaustive selection process in the autumn of 1990, Channel 4 invited Bennetts Associates, Richard Rogers and James Stirling to participate in a competition for the design of their new headquarters in Victoria. The projects also had to incorporate two blocks of flats and a small public park.

Bennetts Associates’ proposals placed the buildings around the perimeter of the site for two reasons; first, the scale of development could be lower and the historic street pattern reinforced; second, the new park could be as large as possible and would not be overshadowed by the new buildings. This approach was intended to emphasise the urban qualities of the whole development, resisting the temptation to create a monumental, corporate headquarters.

Nevertheless, Channel 4’s building was given prominence by grouping together many of the high-profile activities such as the video box, auditorium and restaurant in a tall, transparent pavilion facing the principal street; this element formed the entrance to the main building and also shielded the park from the noise of Horseferry Road. At right angles to the entrance pavilion was Channel 4’s office accommodation, its stepped profile allowing sunlight into the neighbouring side street and creating a dramatic ‘loggia’ facing the park. With studios and car parking beneath the park, the loggia also allowed daylight into the lower levels. The roof of the office building formed a garden for the restaurant in the glazed pavilion.

Bennetts Associates’ competition entry was submitted together with written support from the Westminster planners and was awarded second prize behind Richard Rogers. 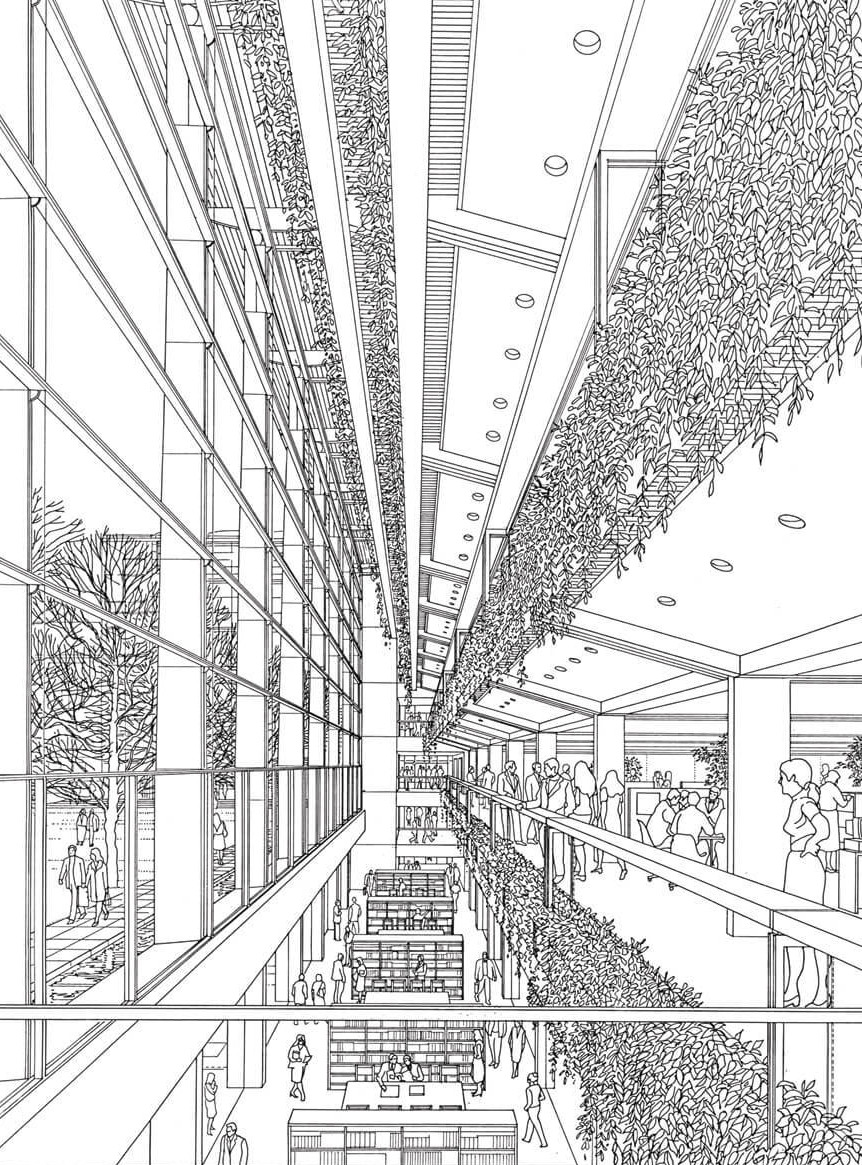 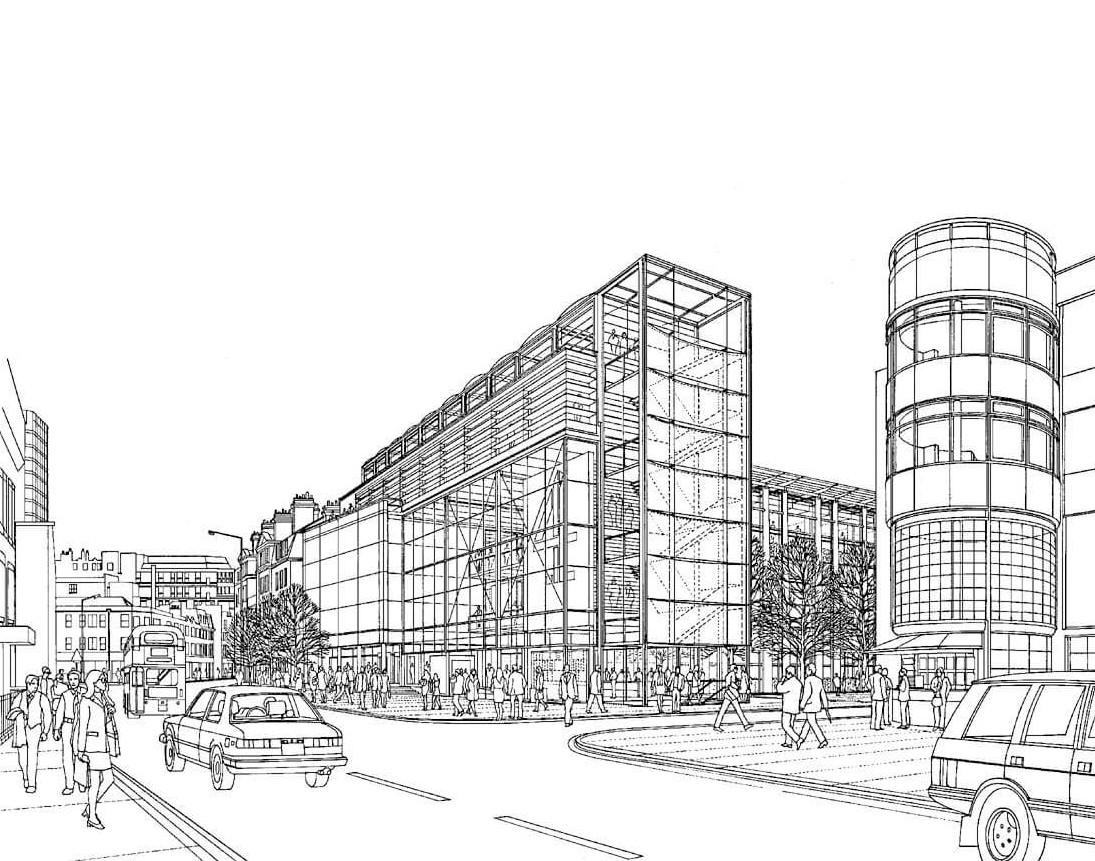