Mayfield is a 26 acre site next to Piccadilly Station currently undergoing a remarkable transformation from forgotten corner to the latest ‘go‐to’ locale. This is being achieved with a series of placemaking ‘meanwhile’ uses involving street food, arts and culture while the first buildings go through planning. ‘The Poulton’ will be one of the most significant early schemes on the site, occupying as it does the prime location on entry to the masterplan from Piccadilly/city centre. As such, it will help set the tone for what follows both in design quality and innovation in use.

The building has a rugged quasi‐industrial character as a nod to the site’s history but this is interpreted in a contemporary manner with bold material and colour choices. The scheme is defined as a solid block with a fenestration ratio and rhythm akin to the historic warehouses of the locality. Three ‘cuts’ in this block then express the points where the building interacts with the community of Mayfield: the entrance, the shared foyer and an upper roof terrace overlooking the park. The foyer echoes the scale and materiality of the Mayfield Baths that once stood on the site and will be a vibrant co‐working space containing a public café at one with the park through greenery extending deep within.

Once completed, ‘The Poulton’ will play host to occupiers in the tech, digital, creative sectors and has an innately characterful interior that further echoes the soulful personality of the historic warehouses.

‘The Poulton’ is named after George Poulton, a ‘world-renowned amphibious man and champion scientific swimmer’ who made himself famous in the 1850s as a promoter of public health at the Mayfield Public Baths, which originally sat on the site. He gave swimming lessons, ran sporting events and encouraged the public to understand the health benefits of regular bathing by giving exhibitions of underwater acrobatics and performing stunts such as drinking pints of milk underwater. The new building will echo the same spirit of public gathering, community and wellbeing. “The plans which Manchester City Council approved are the foundations for what will be one of the UK’s defining urban developments this decade. They blend exceptional new workplaces with cultural space and a transformative public amenity in the Mayfield Park. From welcoming tens of thousands of visitors every week to Manchester’s best new cultural venue – Depot Mayfield – to the range of enterprises and community initiatives that already call Mayfield home, this long-dormant area is already playing an active role in the city’s life once again. We are incredibly excited about its future. The Poulton exudes the distinctive and rebellious charm we are endeavouring to create at Mayfield. Bennetts Associates have been a pleasure to work with.”

"Our proposals for The Poulton link a proud past with an exciting future for Mayfield at a focal location within the masterplan. The design evokes the soulful ‘heft’ of Manchester’s Victorian warehouses and is dramatically carved to express three key connections – the city centre, the new Mayfield community and the park. The name, the generous ‘foyer for all’, a focus on wellbeing and rich internal materiality reference the Mayfield Baths that once played a central role in the life of the area. It is a delight to receive permission for our first built work in Manchester, after a decade of involvement in the Mayfield regeneration." 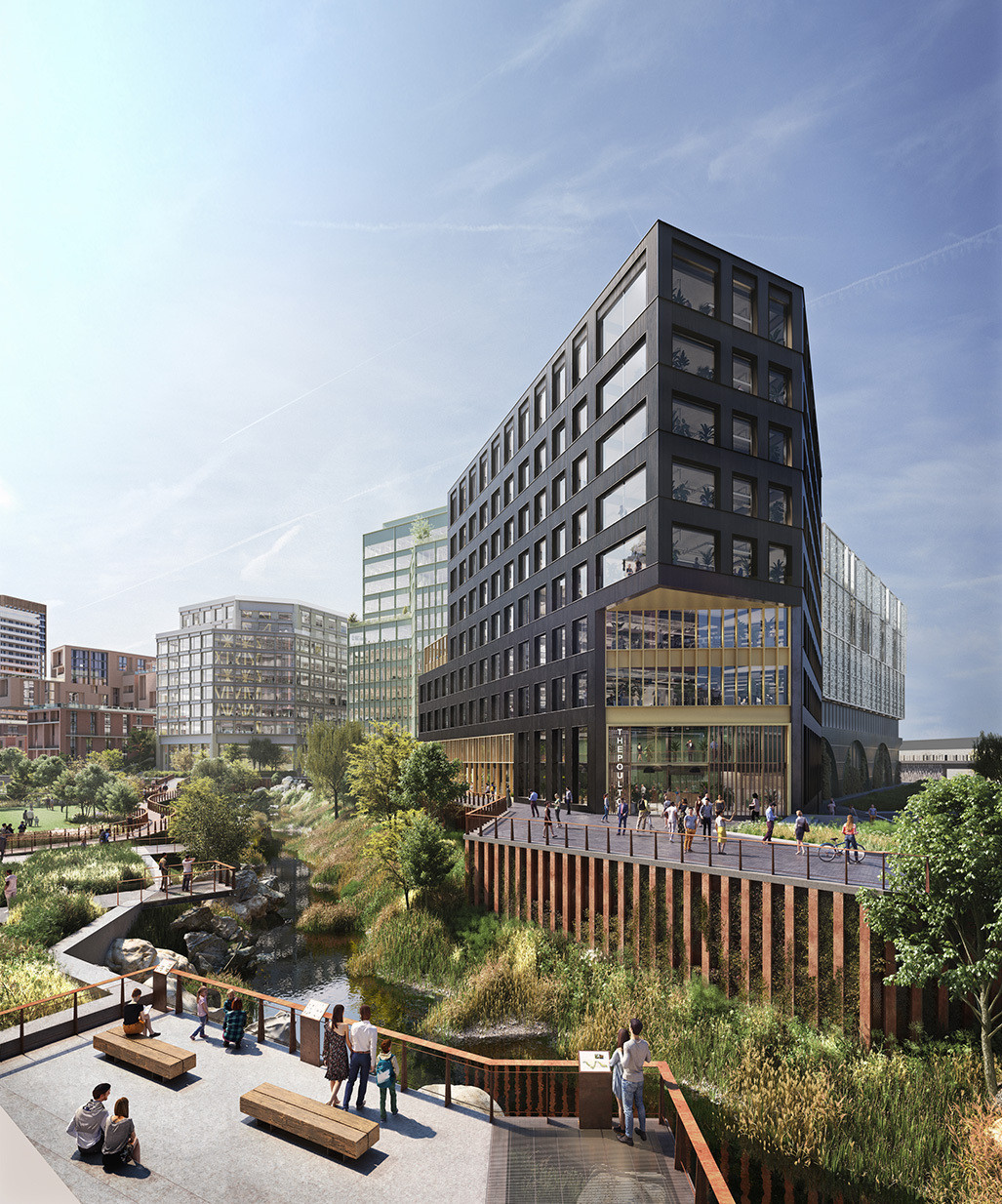 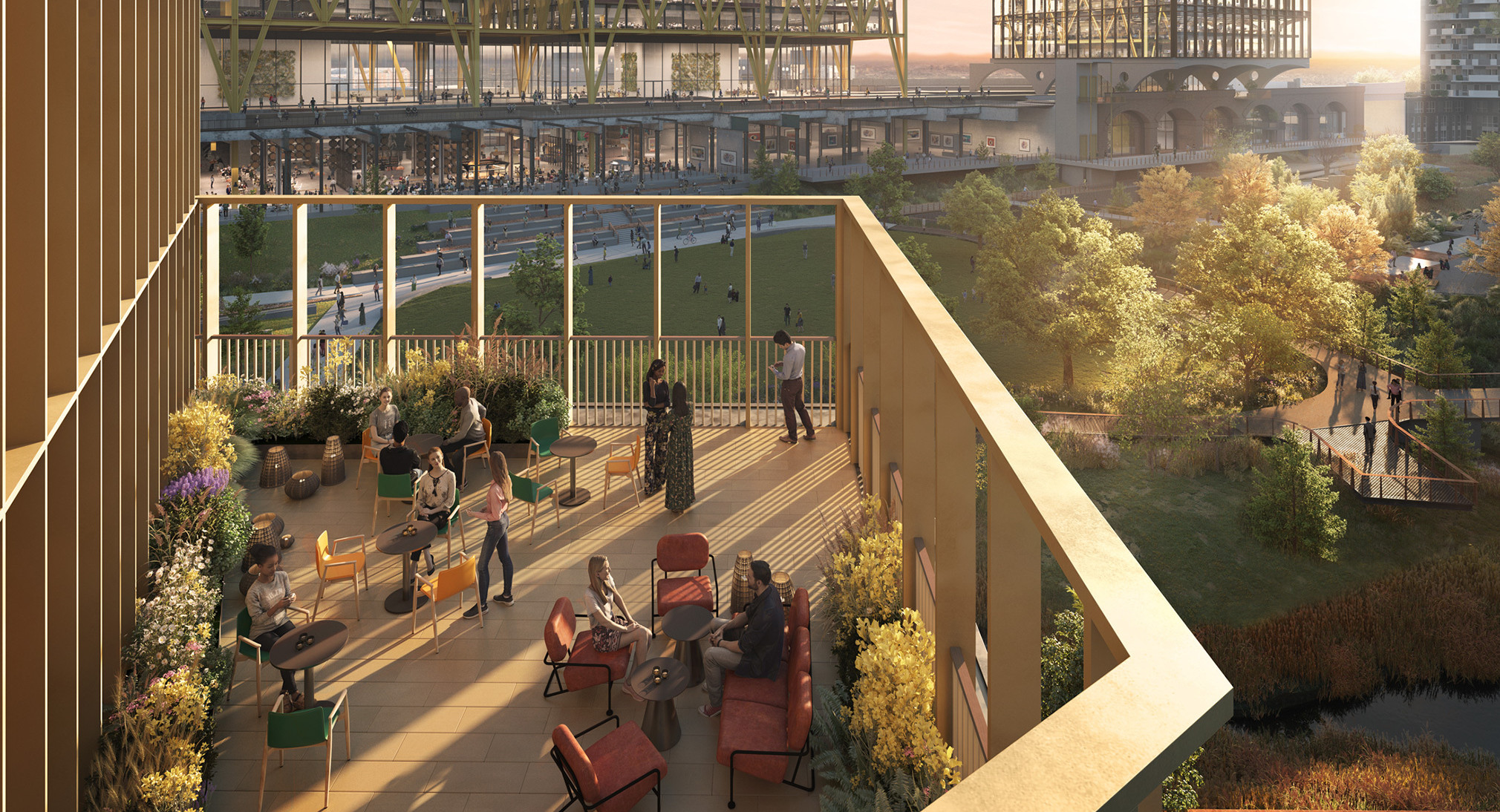 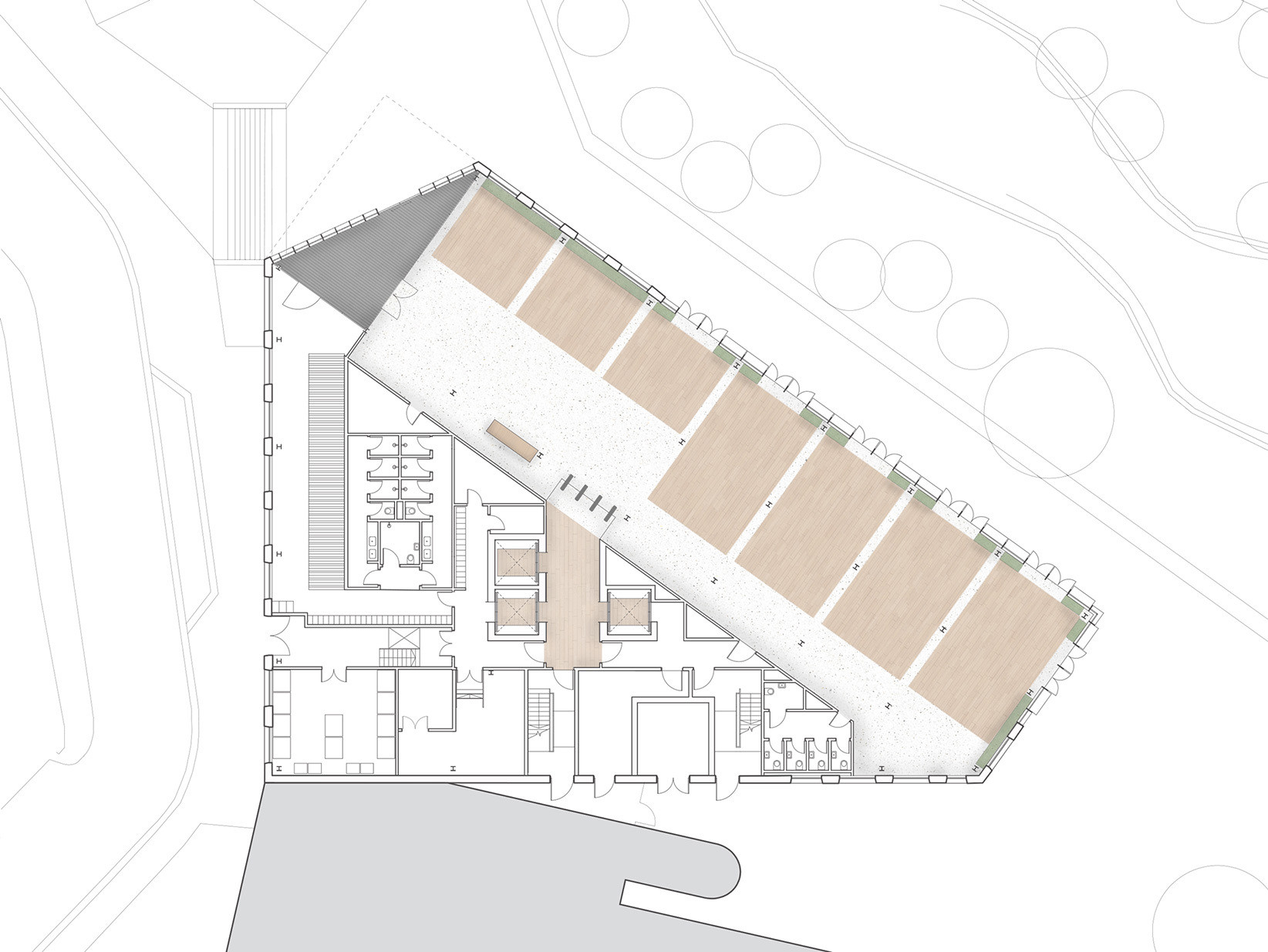 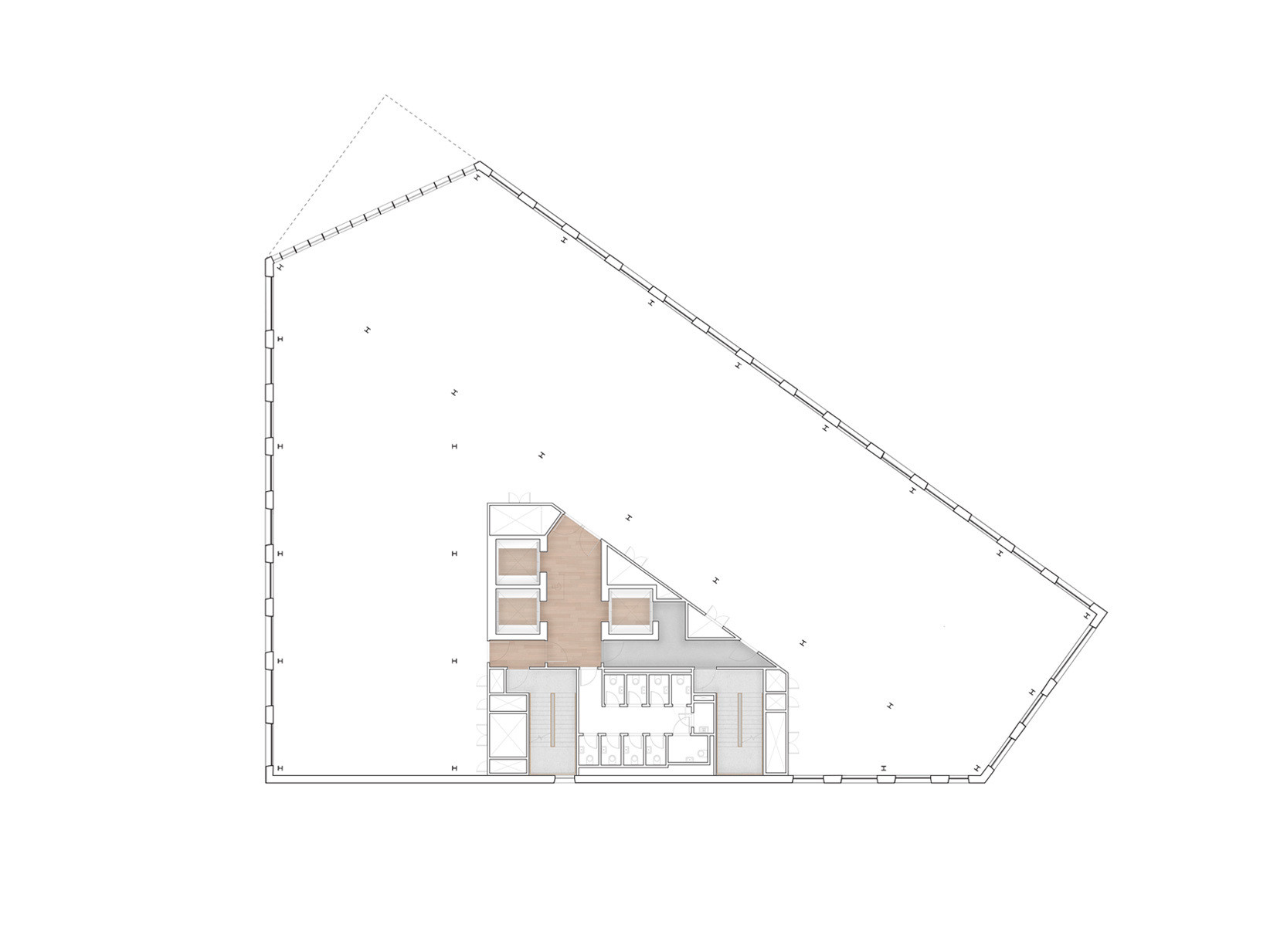 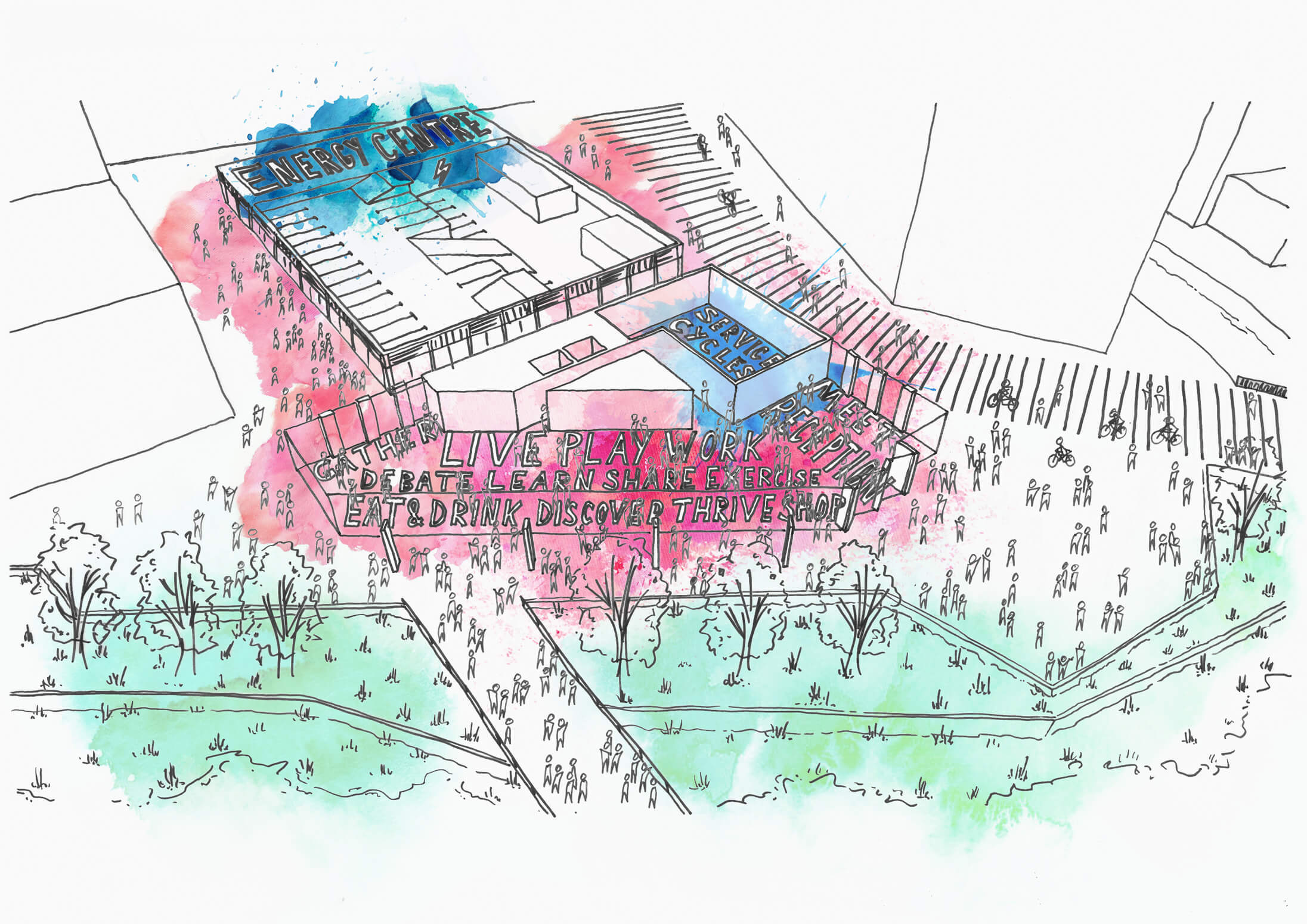 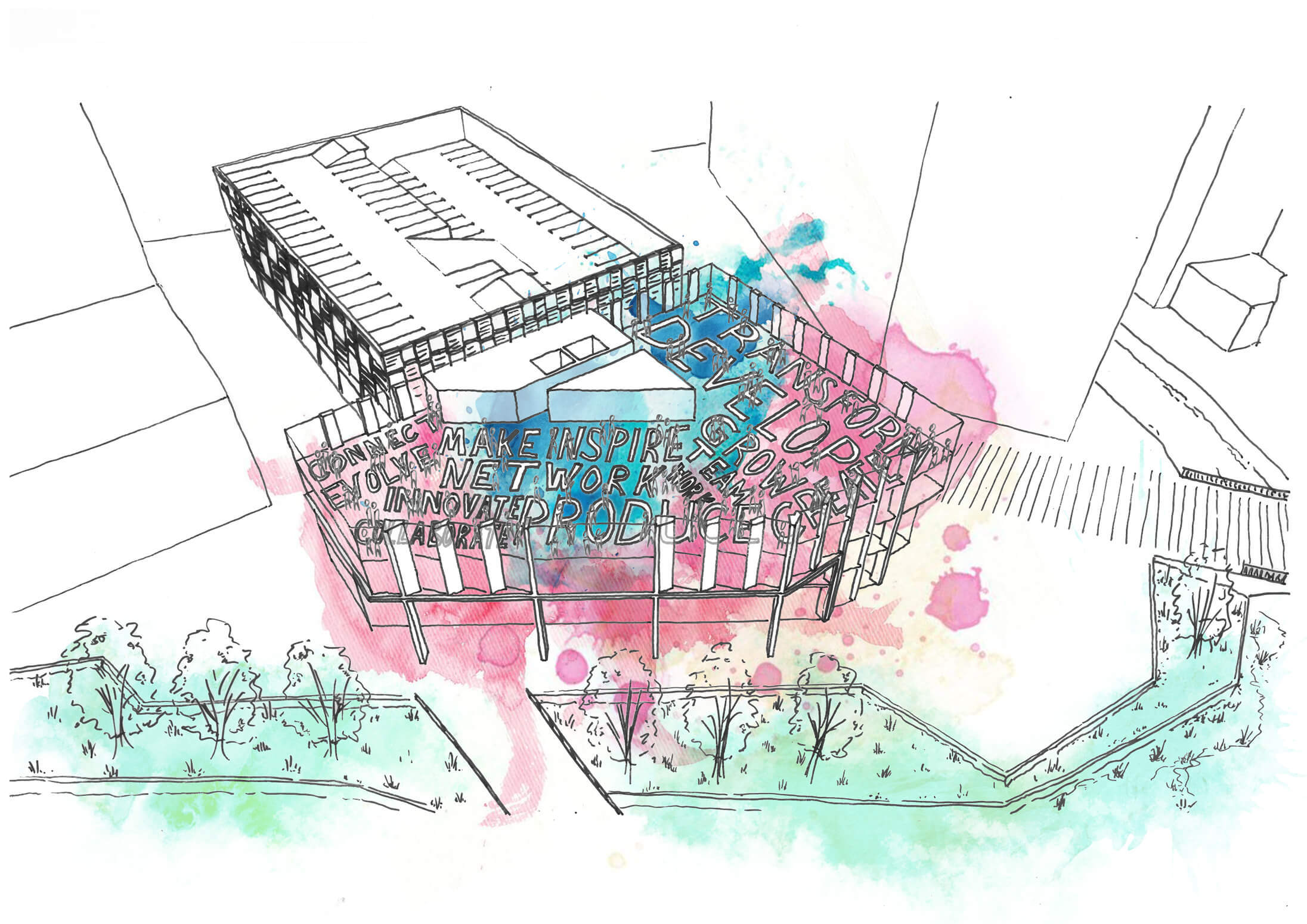 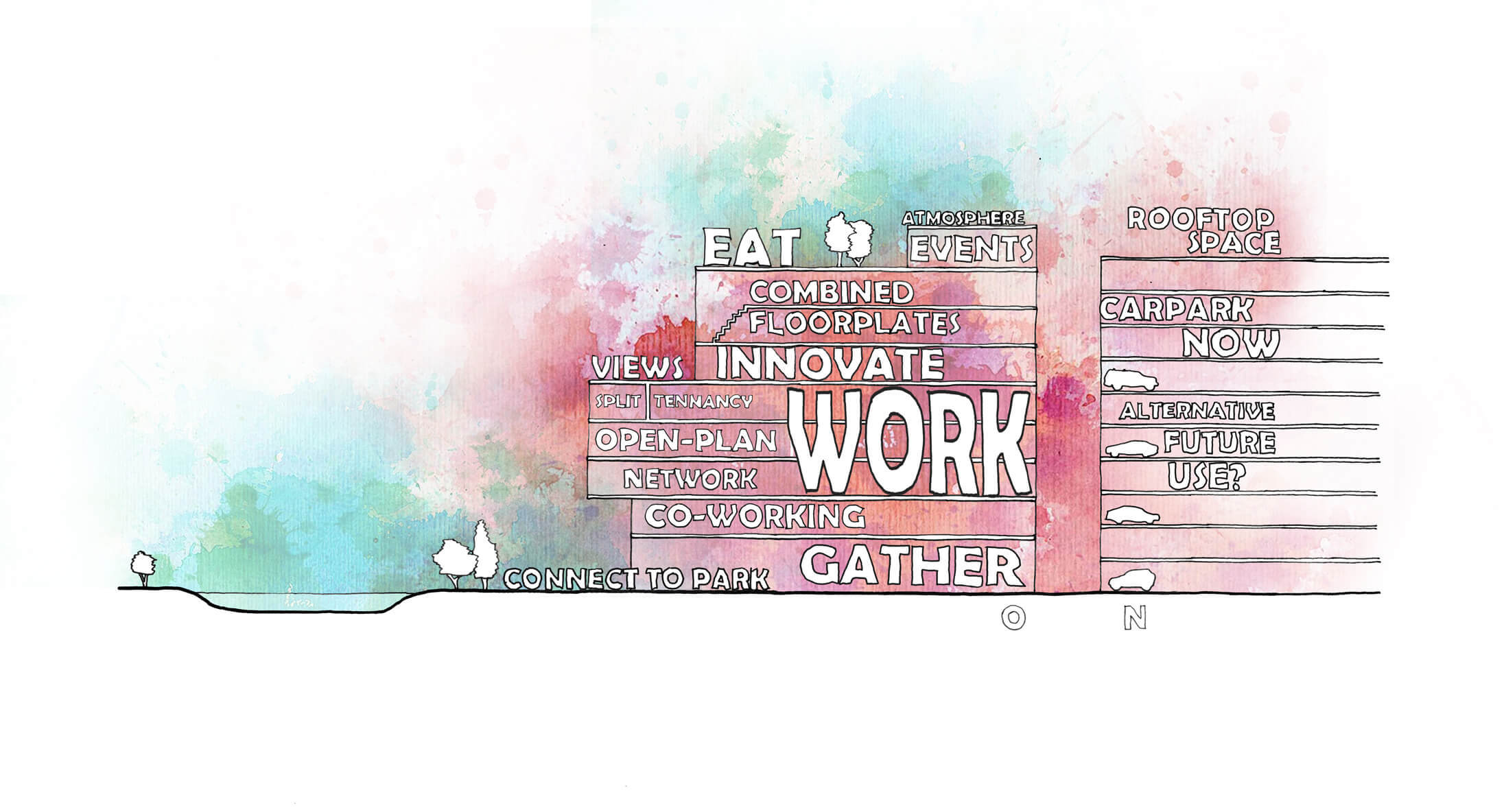 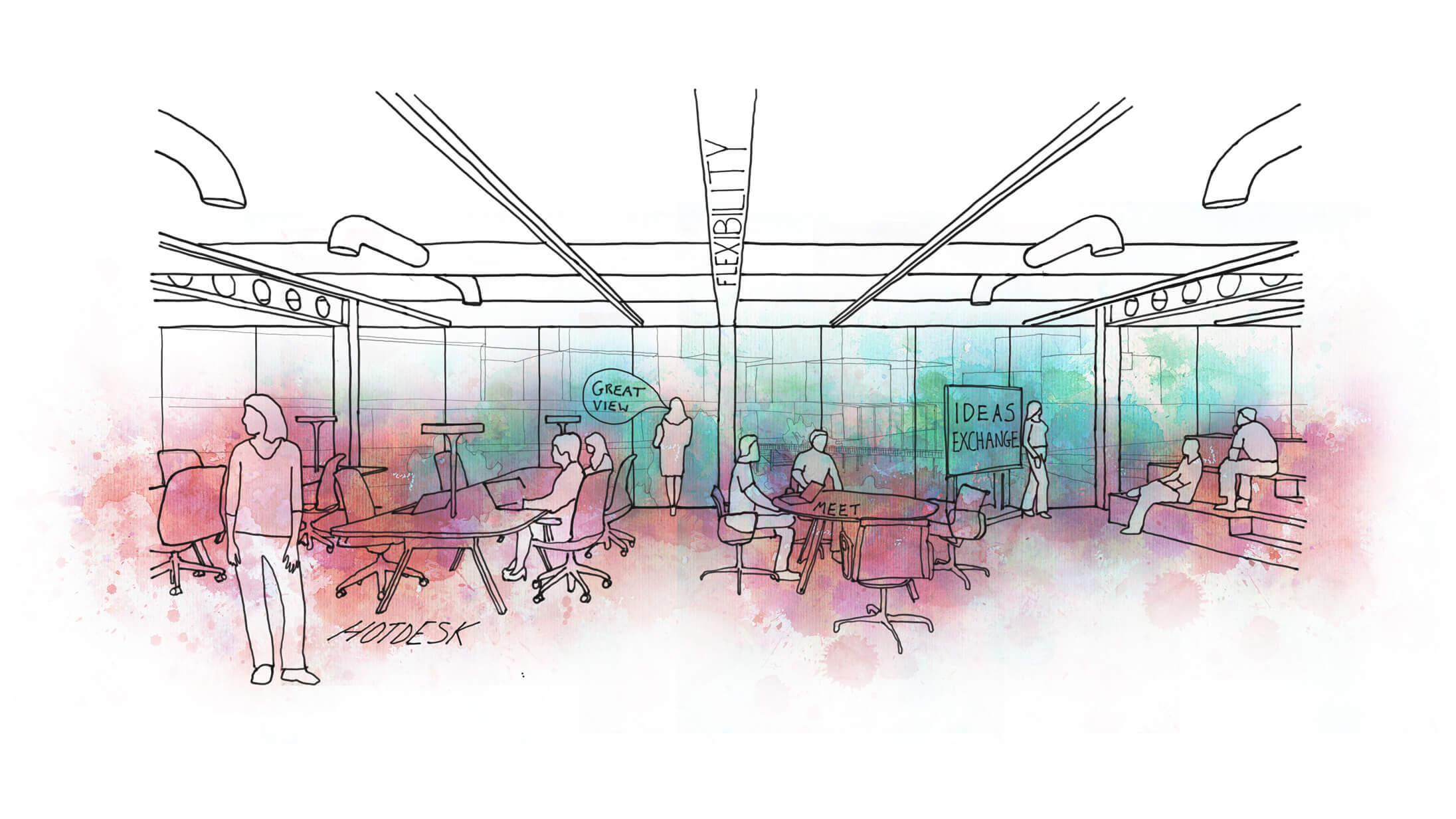 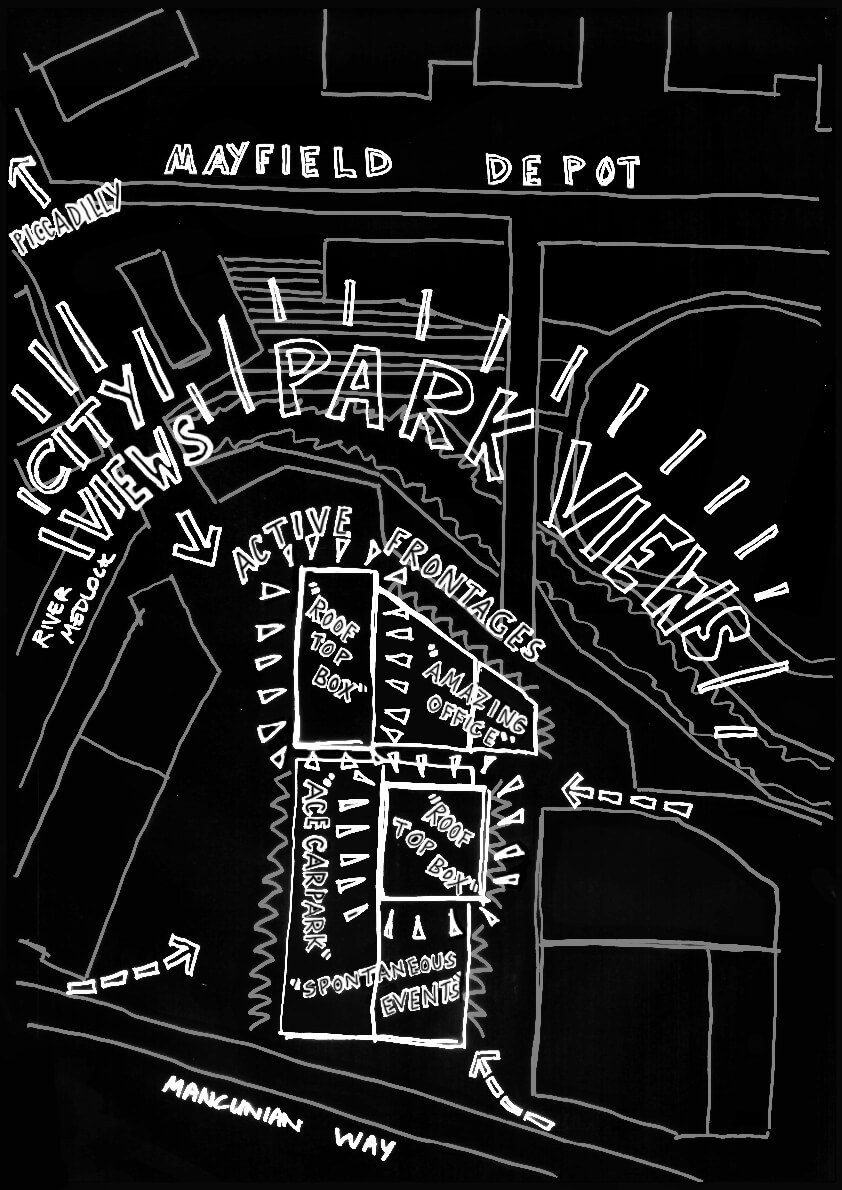 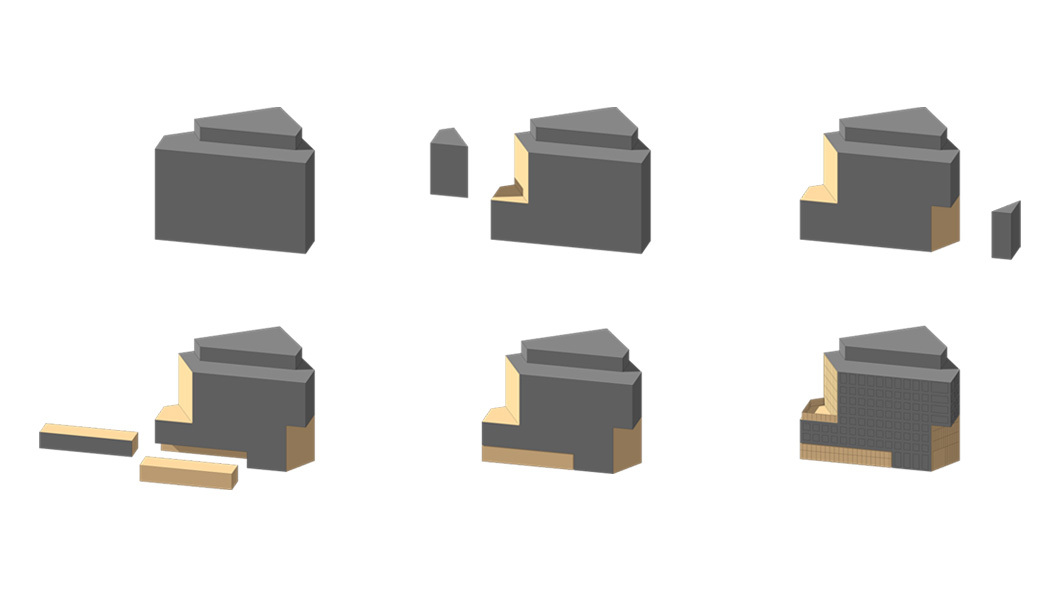 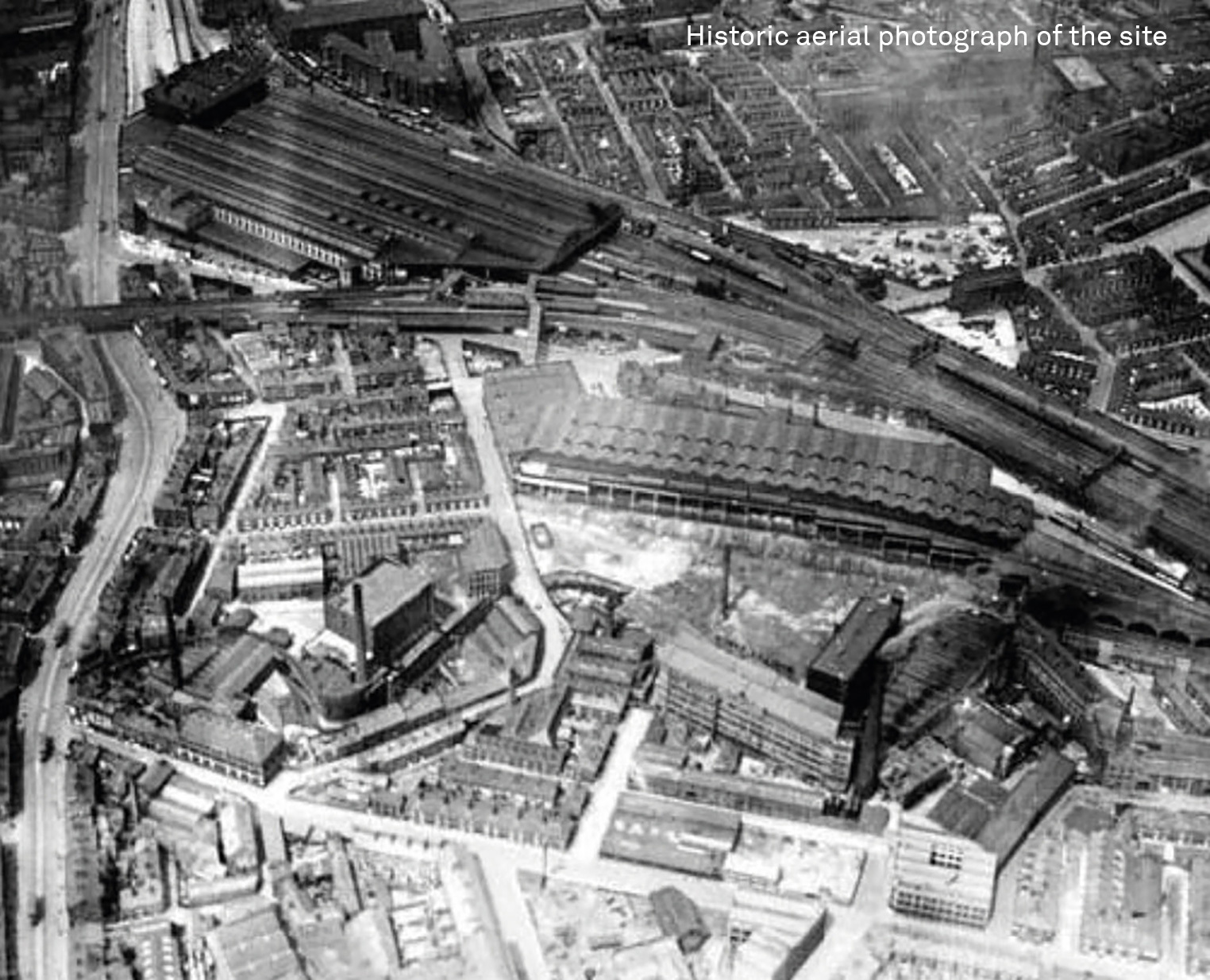 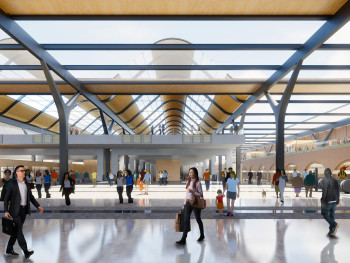