There can be few sites with the spectacular views, noise and drama of the World Business Centre, which faces directly on to the north runway at Heathrow Airport. The project was designed to be implemented in phases; each of the four buildings is virtually identical to give the impression of a continuous terrace on a heroic scale. Colour is used to give each building an identity without undermining the overall concept, with the central cores ranging from red in phase 1 to jade, ochre and navy blue.

Commenced in 1995, the World Business Centre pioneered the basic format of what has since become BAA’s standard office product for use at airports throughout the UK and in several other developments. The project also became the template for the British Council for Offices’ exemplar building. Catering for multi-tenant occupation (up to 16 per building) by airport related users, the 28,000m2 development is characterised by the low cost and prefabricated construction techniques advocated by BAA’s Chief Executive, Sir John Egan in his 1998 report ‘Rethinking Construction’. 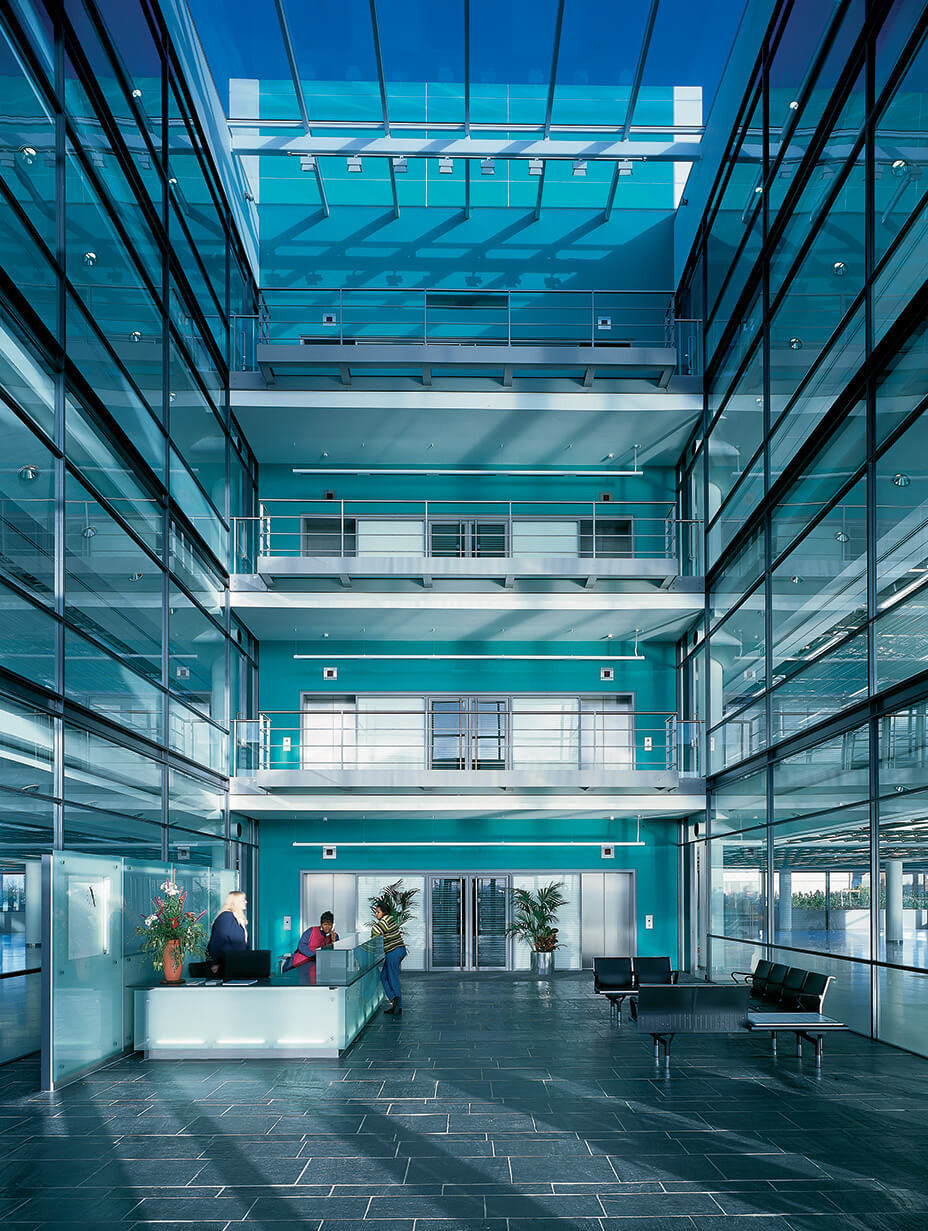